It’s 100 degrees outside and you have to do something with your three-year-old. I can’t think of anything better than going to a nearby art gallery! Woo-hoo! Or, as Damian seems to be saying here, “Lawwwwds!” 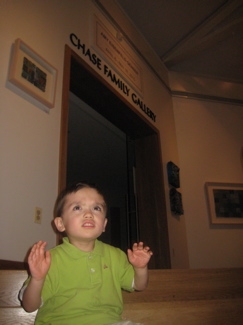 After some playground time, we crossed the parking lot and entered the sprawling JCC complex. It’s a massive building, with all sorts of community services. The Chase Gallery is front and center – and also is one of the three Jewish themed museums in this corner of West Hartford along with the Sherman Museum of Jewish Civilization at UHart and the Greater Hartford Jewish Historical Society in another building on the JCC campus.

I can only assume, perhaps wrongly, that the gallery is named for Arnold Chase and/or his family. He’s certainly one of the most philanthropic Hartford County residents, that’s for sure. The Chase name is all over the place with regards to art or education. He also lives in the largest house in… New England. And beyond. 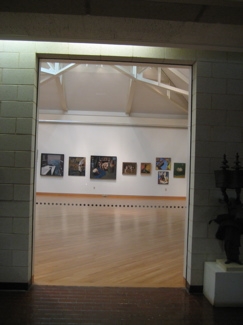 Here’s what the gallery says about themselves:

The Chase Family Gallery presents six to eight major exhibits each year, with works ranging from contemporary to classical to avant garde. Our beautiful Gallery is a treat for the eyes and nourishment for the soul, presenting the works of local, national and worldwide artists and craftspeople. We proudly present art in all forms: painting, sculpture, photography, glass and ceramics. 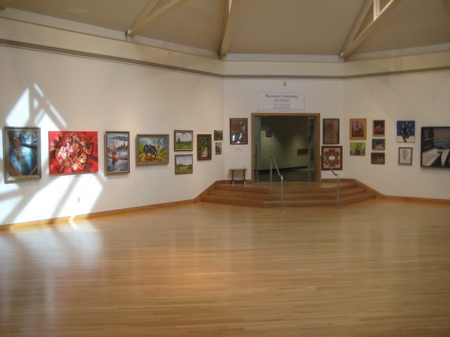 Good enough for me! The space is really quite nice. It has a distinctly modern feel, but isn’t impersonal at all. In fact, the space is very warm due to the ample sunlight that filters through the skylights. I wonder if artists ever voice concern about sun damage.

My first visit was that hot summer day and the exhibit at the time was one of Russian Jewish artists and puppets. Perhaps due to the heat outside or the fact that we were in Damian’s “Witching Hour” of late afternoon, he really didn’t let me enjoy the art too much. At all. 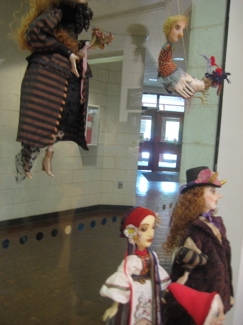 One artist on display though, captivated me. Stass Shpanin is a kid and his stuff is world-renowned. Stass Shpanin was born on May 16, 1990, in Baku, Azerbaijan. He studied at the Lyceum # 6 in Baku until 2005, when his family moved to the United States. Since March 2005 he has lived and studied in Springfield, Massachusetts at the MacDuffie private school. Stass Shpanin graduated from the MacDuffie school in 2008. Today, Stass studies art at the University of Hartford in Connecticut, while living in Springfield, Massachusetts.

In November 2002, when he was 12 years old, Stanislav Shpanin was included in the Guinness Book of World Records as the “Youngest Professional Artist in the World”. By that time he had won many awards and art achievements. 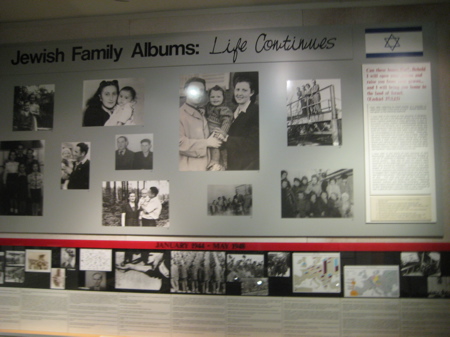 Actually, I wondered how the Chase Gallery got to exhibit some of his stuff – until now when I just learned he’s going to college across the street.

Flash forward 10 months and Damian and I visited again. We have a new hobby: Visiting opening receptions. It’s perfect! He gets all the grapes, cheese and crackers he wants and I get free wine and cheese and get to see new galleries and/or revisit other ones. Damian walks around and acts like only Damian can, and I can snap pictures of “him,” but meanwhile I’m taking pictures of the art and gallery for CTMQ and get away with it. 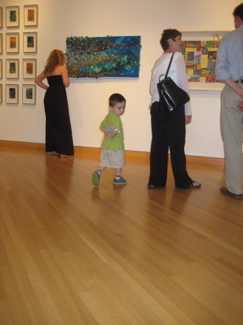 The artist we went to see in April 2010 was Amy Genser. Her medium is unique and I think her art is really, really cool. She is a local West Hartford mom and seems to have an eye for what makes certain colors and styles appeal to children and adults alike. If I were rich, I’d have bought a couple works on the spot from Amy – who was unfailingly nice in the face of my child daring to touch some of her fragile pieces.

(Only on the frame and very delicately, but still…) So Amy, how do you do what you do?

The sources of my work are textures, patterns, and grids. I look for forms that can be repeated to create a pattern when they are joined. My work tries to capture the essence of an experience or an image I have seen. I often look to the natural world for inspiration. I am fascinated by the flow of water, the organization of beehives, and the organic irregularity of plants, flowers, rock formations, barnacles, moss, and seaweed. Aerial views of our landscape can also be compelling; it is interesting how the organization of our landscape becomes quilt-like when viewed from above. 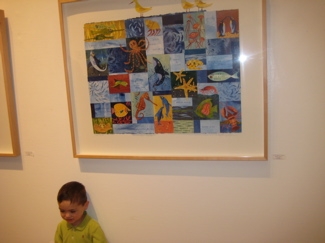 I totally agree. Damian and I agreed that “Under the Sea” was her best collage, but to me, a few of her fine art pieces really resonated. The method which she uses is just crazy to me:

My sculptural, abstract collages are about movement, processes, texture, and color. The pieces are built from bits of layered, rolled, cut, and glued paper that are adhered to painted surfaces. 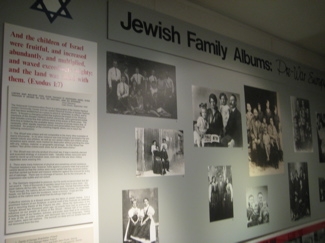 I can’t imagine the time and patience these things take, but the finished works are beautiful and somehow mesmerizing.

Damian was very well behaved and enjoyed plenty of cheese that evening.

But he was itching to get back outside instead of stopping by the little Holocaust exhibit they have here. It’s not in the main gallery, but rather sort of hidden away off to the side. As always with this stuff, it’s gut-wrenching to read, but hugely important. 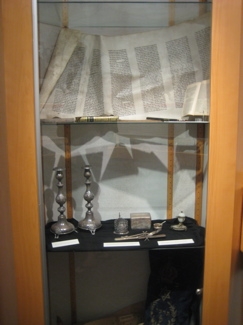 The JCC presents the stories through “Jewish Family Albums” and what little of it I was able to read was enough. It’s very personal and really impacts the visitor. Well done.

Heck, I can envision a THIRD visit to the gallery some day. Hey man, free wine and cheese and compelling and beautiful art? Why not? 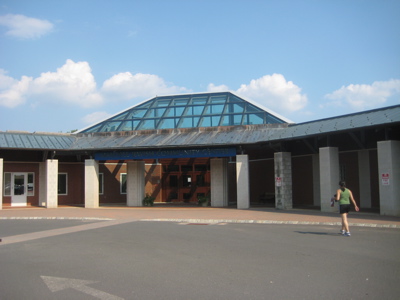