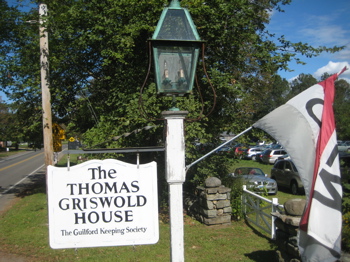 Years ago when I started this website and gathered up more and more museums around the state for my big list, I often questioned myself about one thing and one thing only. I knew I could visit them all in due time. I knew I could have fun doing it. I knew I could incorporate the growth of my family and enjoy watching them grow on the site as a sort of thread throughout the whole thing. None of these were issues in my mind – and now five years down the road, I still maintain confidence about all of that.

So what was my issue then that is bearing itself out now, five years later?

It is the plethora of historic house museums that seem to be in about 150 of our 169 towns. And, as you can probably guess, I’m not talkin’ one per town either – oh no, there are hundreds of these things. And, for the most part, they are all. The. Same. I’ve touched on this in the past and it even was a funny part of the Connecticut Magazine about me. I do enjoy 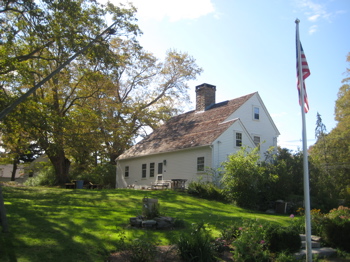 the challenge of writing unique pages about these places and really seek out unique things about each house to focus on. (I think) I’ve been successful with this for the most part – and have enjoyed many great conversations with the volunteers across the state at many of these historic houses in an effort to draw out those lesser-known stories.

But every now and then I bump into a place like the Thomas Griswold House Museum. Guilford is a beautiful shoreline town with a lot of great history. Heck, the Griswold House is a handsome white saltbox that has withstood the test of time. But, as I’ve noted in the past, it is precisely that longevity – and nothing else – that qualifies the house as a museum. I am NOT saying it shouldn’t be a museum at all, NOR am I saying you shouldn’t visit it and even donate generously to their efforts. I’m merely selfishly saying that for ME, and probably only a dozen or so other hardcore museum nerds, these places get a tad repetitive.

In the big picture, I think this is a wonderful thing. Because over time, we’ll lose these places one at a 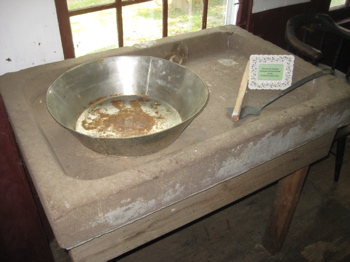 time; through fire, negligence, hurricanes, tornadoes, short-sighted civic planners, Starbucks, whatever. So the more we have now, the more we’ll have one hundred years from now – and at some point, mere longevity of classic early New England architecture will certainly be museum-worthy on its own. And who cares if the families that lived in that house over the hundreds of years really weren’t very important at all. So please, try to understand where I’m coming from –

It was a lovely late summer day during the time of year in Connecticut known as “Fair Season.” I just made that up, but I’m sure some people think of it that way. There are tons of fairs around the state and, like 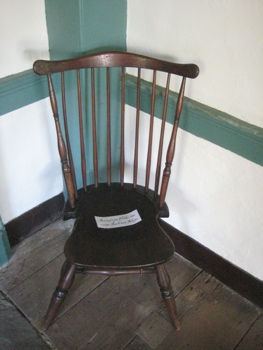 I took the whole family down to Guilford for the Guilford Agricultural Fair because that fair has a museum! It was awful – check out our visit here, but I still enjoyed it in its own quirky way. After the fair, we returned to our car and Hoang had to feed Calvin while Damian had to decompress from a series of tantrums. “Why don’t you just go to that museum over there?” implored Hoang.

(Really, she did.) She’d be busy with the baby for a while and the museum was literally 100 feet away and it was open and she knew I’d make quick work of it so… off I went over to the Thomas Griswold House. The front door was locked so I walked around back and entered into the kitchen area. 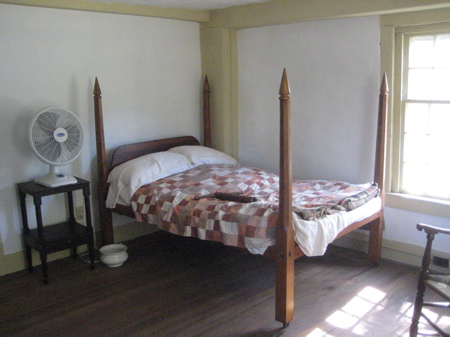 A mustiness filled my nose as I waited for a docent to appear and ask me if I was lost. I waited… and waited… Finally, a small quiet woman appeared as if an apparition and sort of stared at me, perhaps wondering if I was there for all the wrong reasons. (I’m 6’3” and I tend to terrify 4’10” 70 year olds alone in dark and drafty old houses.) 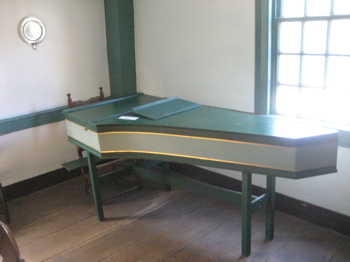 Strangely, she merely eyed me warily and disappeared back into the shadows after telling me poke around on my own. Now, in retrospect, I’m quite sure she’d have told me a few cool stories about the house but since I was in sort of a hurry, I was happy for the solitude. I poked around the ground floor: open hearth with giant cauldron, room with tiny bed, cutaway of a wall showing original building material – it’s all here folks. Oh, and a random harpsichord – see, I bet that the docent would have told me something cool about the harpsichord.

Something somewhat unique here though is a set of 1785 Windsor chairs. Windsor, like many early Connecticut cities, was sort of known for furniture making back in the day. I’m surprised the Griswold house has these sitting out here for some moron to sit in… despite the obvious signage.

I made my way up the stairs to check the scene. As I do that, here is the important factual info about the 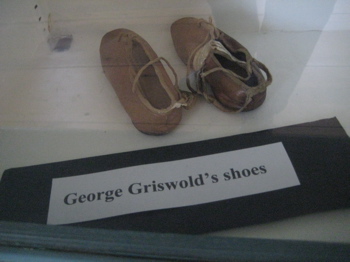 The Thomas Griswold House is a classic New England saltbox dwelling standing on a commanding knoll along a picturesque stretch of the old Post Road in Guilford-now designated as a state scenic road. Thomas Griswold III built the house for two of his sons, John and Ezra, circa 1774, on land that had been in the Griswold family since Thomas Griswold II moved from Wethersfield in 1695.

John Griswold, Jr. sold his interest in the property to his cousin George, who also inherited his father Ezra’s portion. The house remained in the possession of descendants of George and his wife, Nancy Landon, until purchased by the Guilford Keeping Society in 1958. The Guilford Keeping Society has carried out two major restoration projects, one in 1974 and one in 1995.

The house is now furnished in the style of the early nineteenth century, representing the period of George and Nancy Griswold’s occupancy. Several items mentioned in George Griswold’s inventory are still in the house, including a parlor mirror and a dressing table. One upstairs room is dedicated to temporary exhibits of items from the Society’s collection, primarily nineteenth century clothing and Guilford photographs. 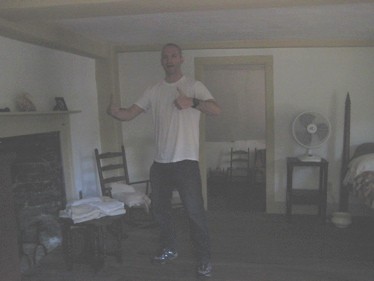 As mentioned in my title, I like the idea of a “Keeping Society.” It just sounds more interesting than “Historical Society” for some reason. I think Guilford’s is the only one in Connecticut… And they maintain and operate this place as well as the Medad Stone Tavern elsewhere in town.

Hey! I just looked at their website and note that in regards to the Griswold House they write, “… saltbox house, an early blacksmith shop, a large barn filled with farm implements, two corn cribs and a Victorian three seat privy or outhouse.”

Where in the world was all that stuff?! Perhaps the “large barn filled with farm implements” is that thing down the road at the fair? I feel as though I’ve failed you, not having seen all this other stuff. (If, it actually still exists.) Lame.

I’ve just had the wind taken from my sails. Sigh. Where was I? Oh yeah, upstairs. There is a bedroom and a kid’s bedroom and an attic full of spinning wheels and stuff.

And tiny shoes. And, of course, a creepy pointed headed doll: 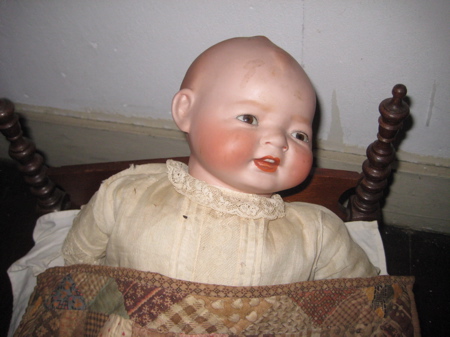 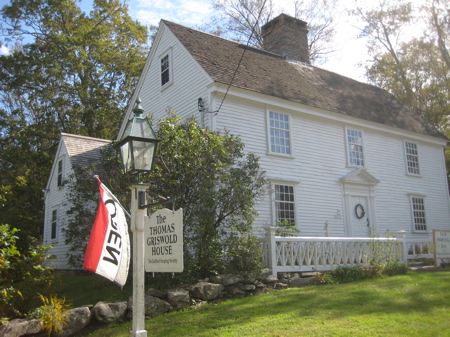