Writing this website and traveling all over the state sometimes feels a little repetitive. Visiting our 200 or so historic house museums can get, um, let’s say Groundhog Day-ish. So what’s a guy to do to keep it fresh every time out?

I sort of make a game out of it. A really fun game. 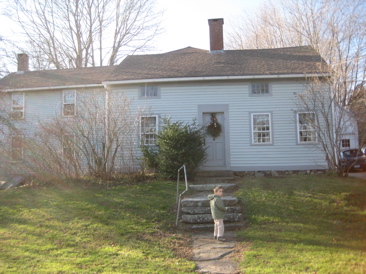 Can I take a new back road but not lose any time getting there or home? How many other sites for other CTMQ pages can I hit without deviating too much?

But the Burnham-Hibbard house visit made me happy in a different way, for they are only open 2 days a year: once after the town Memorial Day Parade and again on the second Sunday in December for an old-fashioned Holiday Open House featuring music and yummy treats to eat and drink. 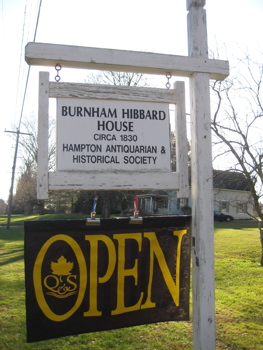 “Yummy?” I never use the word “yummy.” What has fatherhood done to me?

Oh look! It’s the second Sunday in December! Even crazier, I think they are only open for 2 hours each of the days that they are open, so you can see how “fun” it is for me to hit a museum that’s only open 4 hours per year. (It may be 6, but is that really any different?)

Making this visit even more fun, I brought Damian along for the ride down to Hampton. Special needs six-year-olds love historic house museums. Love ‘em silly. 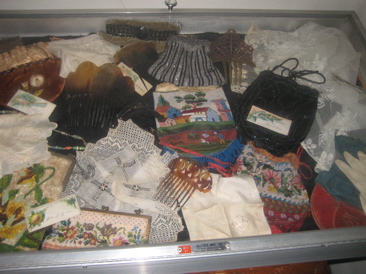 At least there would be a table full of snacks and treats, right? Right. We arrived and parked, happily noting that there were several other cars for once. We entered the house to a lovely quartet (I think) playing some classical tunes off in a side parlor. We were welcomed and Damian got his usual polite “aren’t you cute but don’t you dare touch anything” smile.

One (of the many) crazy things about Damian is that he simply doesn’t touch stuff. I recently went to a Smith-Magenis Syndrome (that’s what he has) conference and learned that pretty much every five year old with SMS touches everything.

I don’t know if it’s all the museums he’s been to, or our draconian parenting, but the boy keeps his hands to himself. Usually. The lure of the old piano was quite strong… But one admonition on my part and he kept away. He was a star.

Or rather, he was one of the stars. Because really, the Burnham-Hibbard House is the real star here. (Did that sound like a mommy blog or what? I’ve been reading too much of that dreck and I think it’s affecting me.) Anyway, while Damian and I walk around the house, you can learn about it and the local historical society.

The Hampton Antiquarian and Historical Society was founded in 1968 and in 1974, acquired this remarkable property and immediately began careful restoration of the house and ground. Today, a walk through this 2-story treasure will delight every member of the family.

You see? I wasn’t lying that little kids love this stuff. 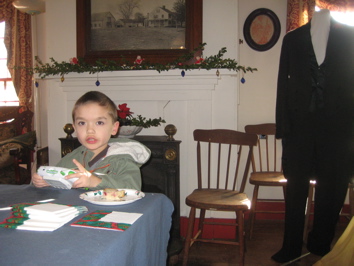 The original portion of the house was built in 1834 by Thomas Neff for Charles Button, who rented the house to tenants. In 1853, he sold it to Joel and Lydia Searles. The outbuilding, where Joel once worked as a cobbler, can still be seen behind the house.

When Mary Burnham acquired the house in 1897, she added the ell and took in boarders from time to time… prominent among them were the chauffeurs of the wealthy families who spent weekends in the country, as well as school teachers, road workers and men hired to eliminate and infestation of gypsy moths! By the time the house passed to her daughter, Mildred (Burnham) Hibbard, Hampton was a bustling community whose residents used many of the “new” inventions of the day to improve their lives. You will see some of them – along with the furniture, textiles, ceramics, toys, tools and other Hampton memorabilia of the earlier centuries – when you visit this “living museum.”

“Hampton was a bustling community…” Wow. While it’s a lovely hamlet, I simply cannot imagine it was ever “bustling.” 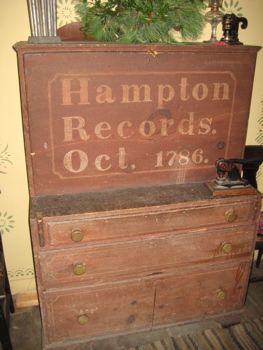 The house has all the expected late 19th and early 20th century touches, from the stenciled walls to the old kitchen stuff to the wide floor boards. But let’s learn about those stenciled walls, shall we?

Step into the yellow stencil room (which was the original kitchen), into the period of open-hearth cooking. These rooms are arranged to show that early New Englanders blended old and new furnishings. Many of the objects date from the late 18th century. 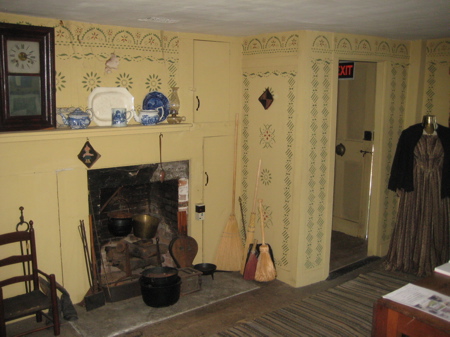 I love this sentence from the brochure I picked up: “In restoring a house occupied by tradespeople and craftsmen, the Hampton Antiquarian and Historical Society is keeping pace with current trends in preservation and museology.”
Museology? How is this a new word to me, after 224 museum visits?

The same brochure includes the paragraph above about Mary Burnham, but adds one sentence: “Her Sunday morning breakfast was codfish balls and maple syrup.” I feel that that is a very important piece of the house’s history and should play a very prominent role in its telling.

We went upstairs. There were lots of old clothes and some toys and various accouterments of the people who lived here (or in similar houses) 120 or so years ago. It was all very quaint and certainly gives Hamptonites a place to gather to collect old stuff collected from their Hampton families. There was also a nice display of antique Christmas tree balls. 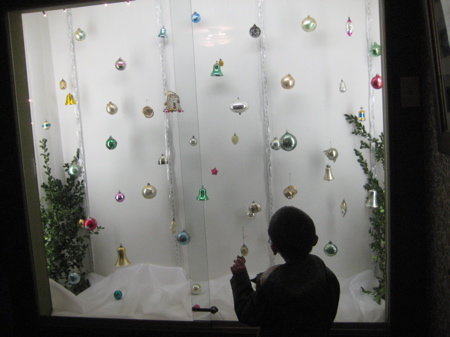 And that was pretty much that. I had the pleasure of speaking with a woman who now lives in Massachusetts but who is a Hibbard or Burnham descendant. She used to spend her summers in this very house, so that was pretty neat. She was very nice and very accommodating to me and Damian – all the while keeping an eye on the little menace. I saw her. She couldn’t fake me out. 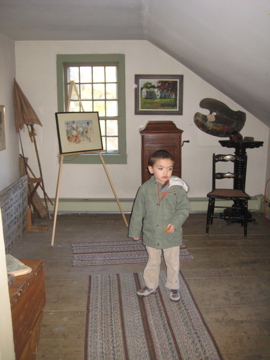 There was a ton of snack food and sweets. All the older people there seemed to love their town and the artifacts collected here. I almost felt like I was invading a family reunion and in some ways, I absolutely was. Oh well, CTMQ must endure.

And since you probably don’t know a thing about Hampton, here are some cool facts:

Hampton boasts the second oldest Congregational Church building in continuous use in the state. (1723). Stick that in your pipe and smoke it. Speaking of pipes, it houses one of the state’s earliest American pipe organs. Fantastic. 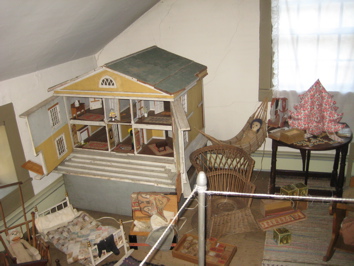 Chauncey Cleveland, a mid-nineteenth century CT governor of Connecticut made his hometown of Hampton state capitol for a day. Theodore Dwight Weld lived here and he’s a very famous abolitionist that you’ve never heard of – but I have, because I’ve checked out his house for my trip around the Underground Railroad Trail.

Oddly, they barely mention Edwin Way Teale who is probably the most famous person ever to live in Hampton. Heck, there are a couple museums and stuff dedicated to him nearby and he’s HUGE in the natural history writing world. I’m a huge fan and am very much looking forward to visiting his property someday.

But the Burnham-Hibbard House is great too. Just plan accordingly. 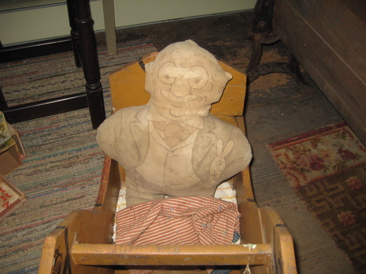