I have a weird and perhaps unhealthy fascination with Connecticut’s $60k+ per year private boarding schools. Jealousy? Nah. I think it’s that I live very near several of them and they are just alien worlds to me. 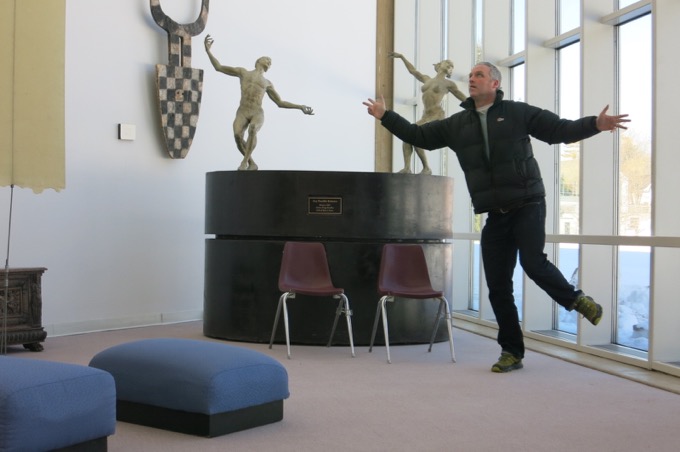 At least through this website, I have a minor excuse to visit most of them, for they all seem to house art galleries that are open to the public. And I can think of no better example of the “different world” than the Paul Mellon Arts Center at Choate-Rosemary Hall. Because when Choate does an art gallery, they get Paul Mellon to help out. 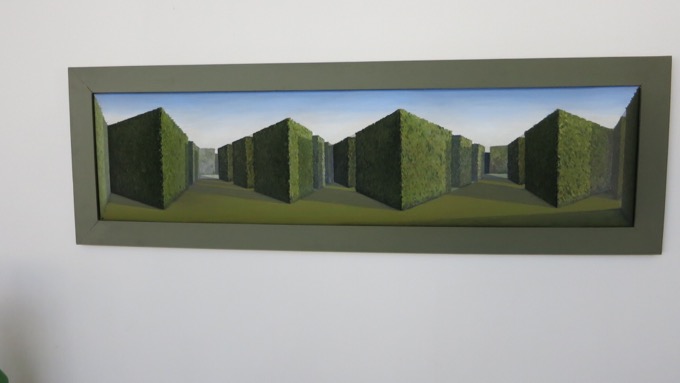 Mellon was co-heir to one of America’s greatest business fortunes, derived from the Mellon Bank created by his grandfather Thomas Mellon, his father Andrew W. Mellon, and his father’s brother Richard B. Mellon. In 1957, when Fortune prepared its first list of the wealthiest Americans, it estimated that Paul Mellon, his sister Ailsa Mellon-Bruce, and his cousins Sarah Mellon and Richard King Mellon, were all among the richest eight people in the United States, with fortunes of between 400 and 700 million dollars each (around $3,600,000,000 and $6,400,000,000 in today’s dollars). 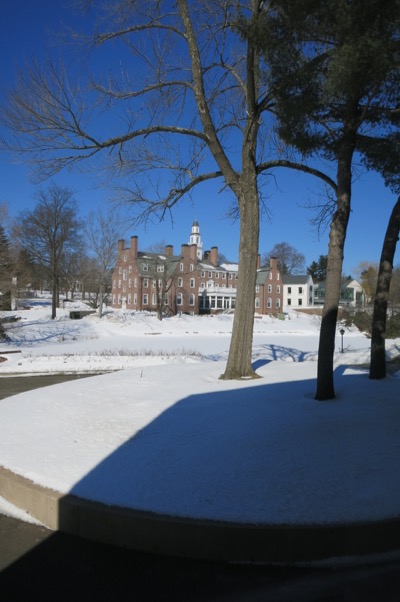 Cool, cool. Paul Mellon was a Choate graduate. So he hooked Choate up with an art gallery. Which he got IM Pei to design because after all, when designing high school art galleries, who can you trust besides IM Pei?

It should be noted that Paul Mellon went on to Yale and is also the benefactor behind the Yale Museum for British Art which is an amazing museum. Mellon liked art (and horses) and he liked creating arg museums at his alma maters. Also, there was the Mellon Science Center at Choate but now it’s the Carl C. Icahn Center for Science, so I guess Icahn is richer? Or just more alive? I don’t know how this world works. 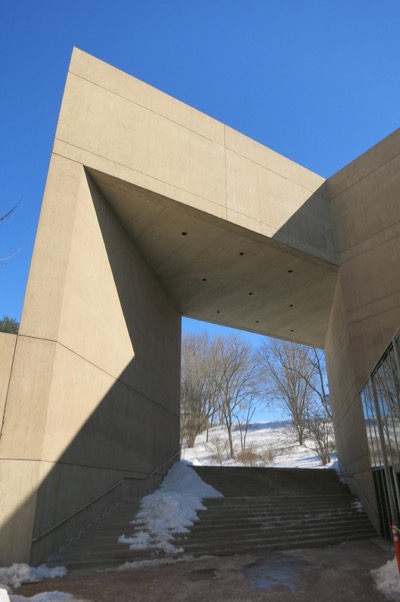 Back to the building itself. Dedicated in 1972, supposedly this Arts Center served as the prototype for Pei’s East Wing of the National Gallery in Washington DC. Pei awas designed by award-wining architect I.M. Pei, who is perhaps best known for the East Wing of the National Gallery, for which the Arts Center served as a prototype. 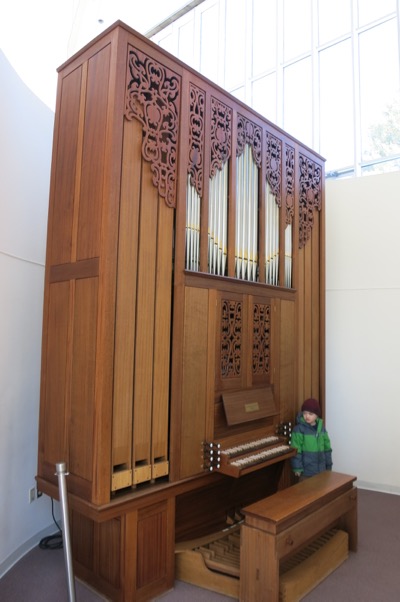 I don’t really know, but it seems to me like the focus here in the Arts Center is on the large theater. The art gallery just sort of snakes around the theaters in the hallways and alcoves. Which isn’t fair, I mean it’s not like any actual actors go to Choate. Let’s go look at a few random headshots they had hanging outside of the theater… 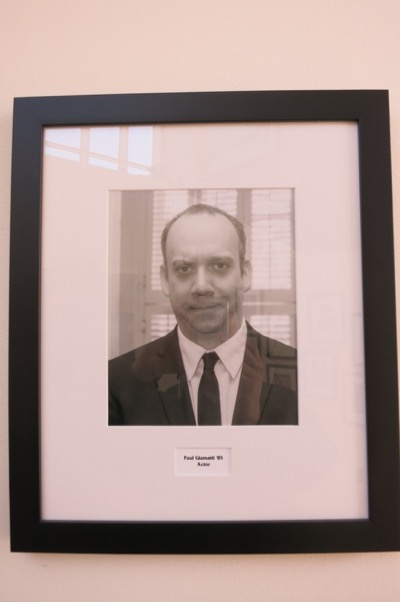 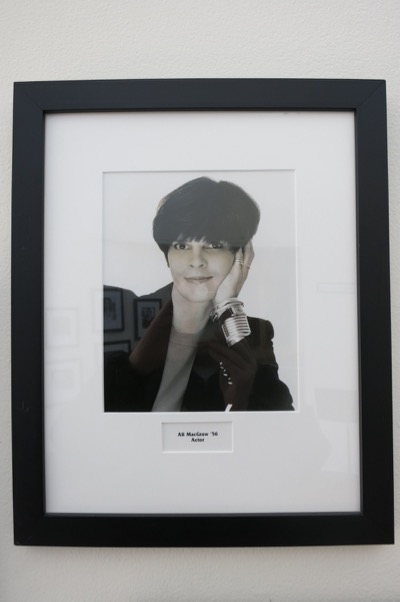 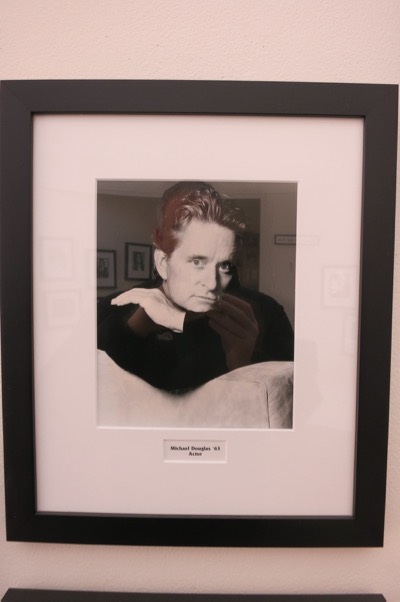 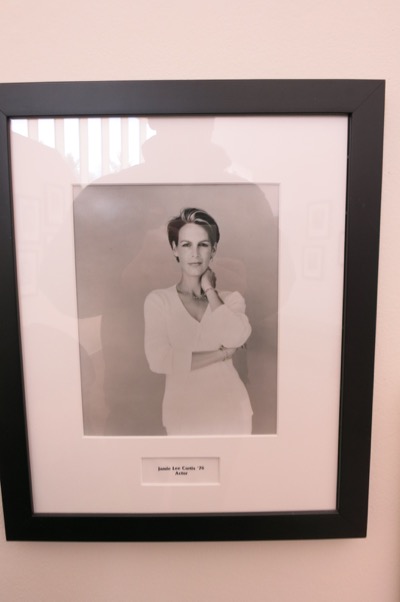 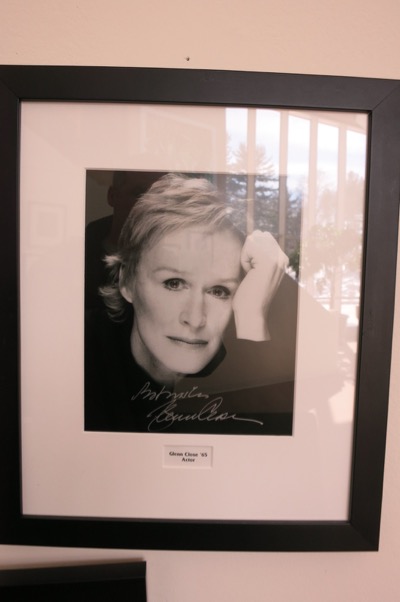 Michael Douglas and Glenn Close both went to Choate? And they wound up doing Fatal Attraction together? If you think that’s weird – and it’s really not – check out Glenn Close’s Wiki page. She had quite a youth… Greenwich, The Congo, a cult, Up With People, Choate… Highly readable. 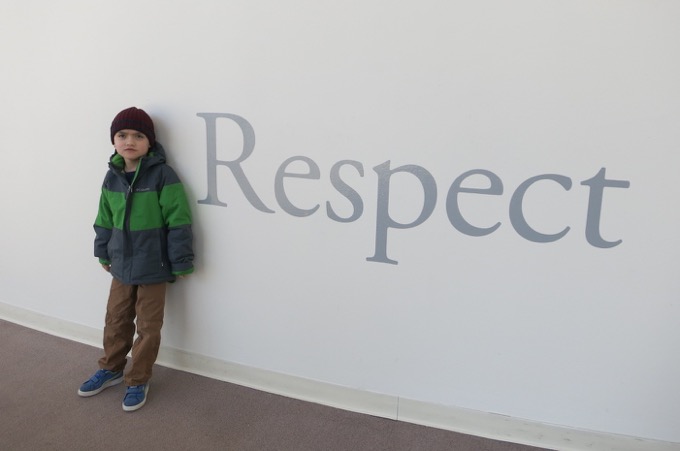 Throughout the school year there are multiple different exhibitions of work, granting the school and surrounding community the chance to see both new and emerging art as well as work from established artists. I think Damian and I visited in between exhibits, as most of what we saw seemed to be permanent pieces. 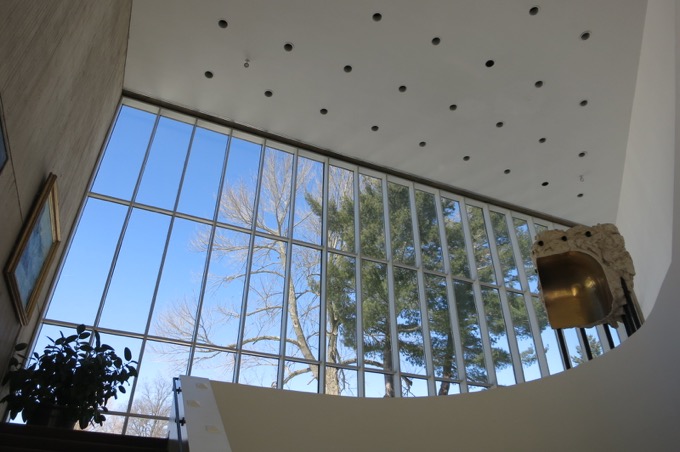 Which is fine, really. Between us, the real star of the show here is probably Pei’s building and the space it creates. We were fortunate to visit on a sunny day to be able to see the way the light and shadow worked. It’s pretty rad.

Instead of an art exhibit, we got to see a Choate history exhibit! It was well done and again, I’m not really sure if it is a permanent thing or if we just got lucky with our timing to learn all about how Choate became Choate-Rosemary Hall and things of that nature. 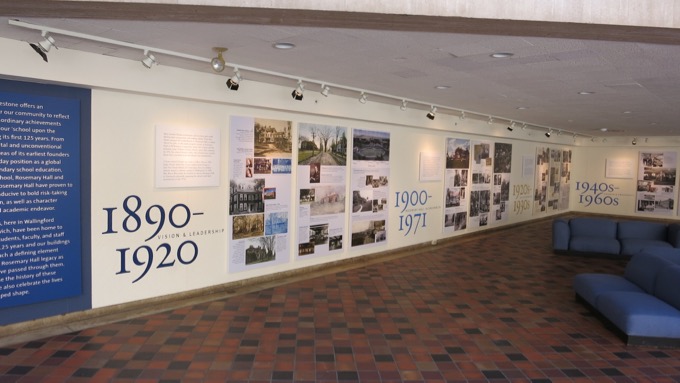 One sign told us that in 1897, Rosemary Hall became the first private girls school to require uniforms. I don’t believe that at all, but… hold on. I see you’re confused – Rosemary Hall was founded by Choate sister in 1890. This was a few years before The Choate School was founded. Both were for rich white kids, but I’m pleased to report that today, Choate puts a huge emphasis on diversity and also give full rides to worthy kids. 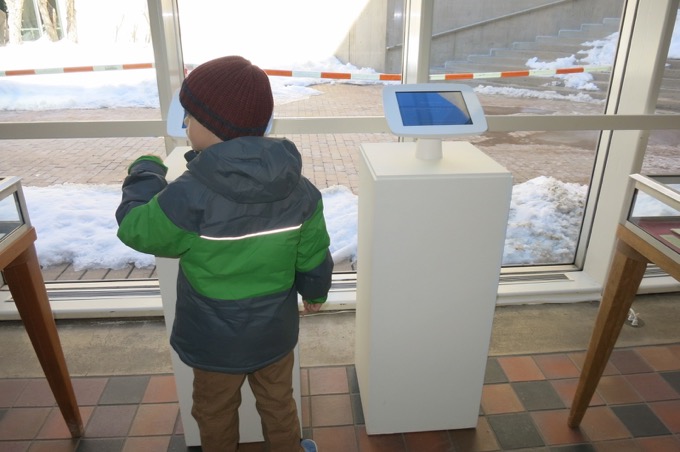 I had no idea, but there’s a 10-school alliance of super-rich New England private prep schools that coordinate their admissions process. This is how it’s worked since 1966. Can you imagine those smoke-filled rooms in the late sixties, old guys in three-piece suits downing martinis, making fun of 17-year-olds trying to get in to one of their schools? 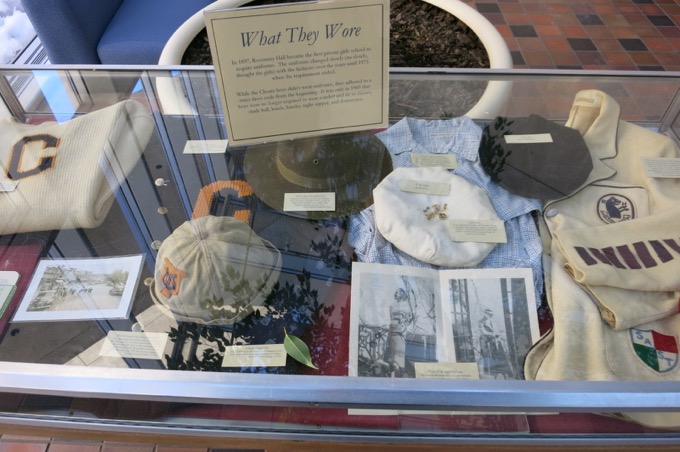 I’m all over the place, sorry. Anyway, Choate and Rosemary Hall combined and are now one school. A school that President John F. Kennedy attended, by the way. (His wife, of course, went to Miss Porter’s School in Farmington.) And, scanning the list, someone named Ivanka Trump attended as well. The Wiki page lists her as “Heiress, fashion designer” and nothing more. 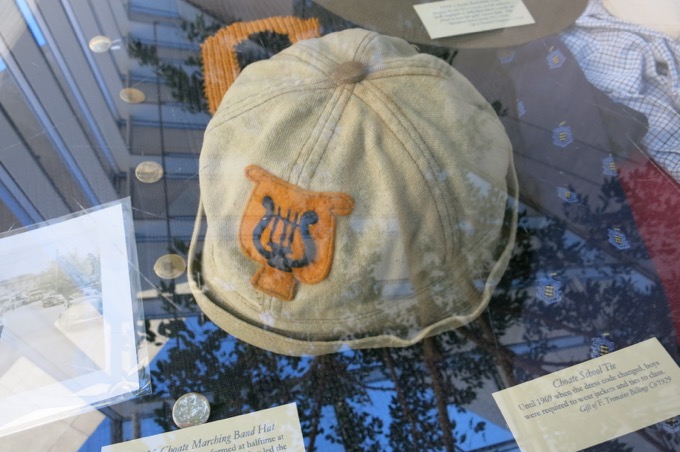 I realize you don’t care about the history of this school – or at the least, certainly don’t want to learn it from me. So I’ll just wrap this up. Choate Rosemary Hall is a beautiful school that people like me never knew existed until my 40’s. There’s a beautiful art gallery funded by a guy from one of the richest families that has ever lived in a building designed by IM Pei. 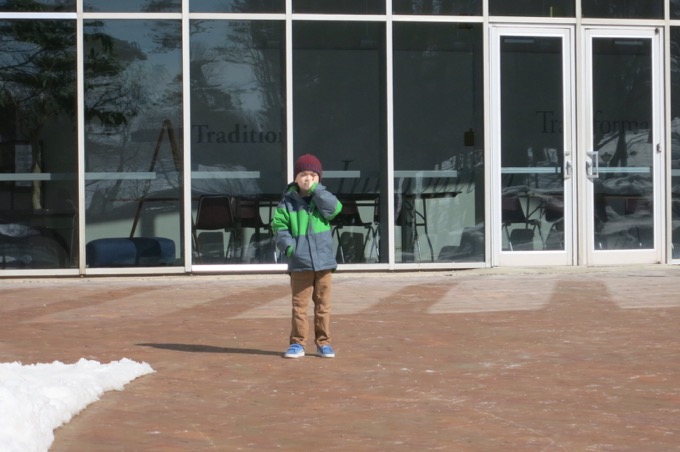