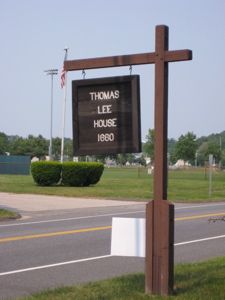 No stripper pole? No weird swing above the bed? No music studio?

It stands to reason that ol’ Thomas Lee was called Tommy by his mates. So you can’t blame me for thinking I was going to a museum built in honor of Mr. Pam Anderson/Motley Crue drummer guy can you? I mean, I saw his “Crib” on MTV and was surprised it would be in East Lyme; I guess visions of “adult entertainment” behind every door muddled my mind.

I need to preface this report with an admission: I’m writing this in October, almost four months after my visit. And that’s really a shame because the Thomas Lee House (and the next place I went to, the Smith-Harris House) must be one of the best historic house museums in 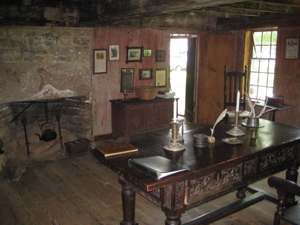 the state. It helped that I visited on Museum Open House Day (free, events, character acting), but I think it would be pretty good any day of the year.

Especially when you realize that this house is the oldest wood frame house still in its primitive state! How could you go wrong? You can’t, plain and simple.

Another admission: The East Lyme Historical Society has a great website – so great, that I’ve lifted the blockquoted material below from it. They are also great because they like CTMQ and I was extended a special invite to the Thomas Lee House about a year ago. However, in my continued effort to keep this as true to everyday experiences as I can, I just sort of quietly showed up and visited. (I also borrowed from an article about the Open House Day in the Lyme Times, which I can no longer find online.) 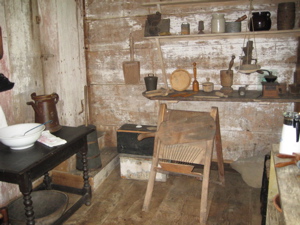 The original circa 1660 dwelling consisted of a timber frame erected on six 2-story wall posts, enclosing a ground floor with the Judgement Hall below and the Chamber above. A steeply pitched roof covered a spacious attic over the chamber. A small stone walled cellar pit under part of the hall was reached through a trap door. A massive fireplace with timber lintel spanned most of the west wall. There was an entrance lobby plus either a stair or ladder in the northwest corner. An outside door also opened through the east wall.

I’m not sure what half of that means either, but trust me when I say this is an incredibly well-built old house. I entered and was greeted by various folks dressed up in period costumes portraying various Lee family members who lived in or at least visited the house frequently. Everyone was “into it,” but not creepily so. It was pulled off very well, I must say – not corny at all. 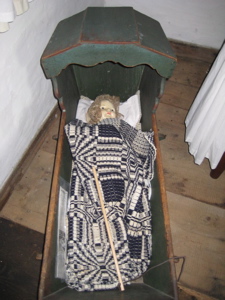 Shortly after 1700 the house was doubled by adding the West Parlor and West Chamber. This is a free standing structure framed on its own four corner posts. At this time the entire chimney stack was torn down and rebuilt closer to the north wall. There was still an entrance with lobby connecting the first floor rooms, but the stairway, probably entered from the new parlor, was moved to the south side of the chimney. At this time the new rooms were like the old, with exposed beams and shadow molded wall paneling.

I met “Elisha Lee,” born 1741, the grandson of Thomas Lee III, who was known as Mr. Justice Lee because he served as justice of the peace in the 1700s. For forty years, the elder Lee held court in the lower room of the original house. The room has been known ever since as Judgement Hall.

At age 16, Elisha fought in the French and Indian War. He later fought in the Revolutionary War and was even at Valley Forge. The guy playing the part couldn’t get over how cool he was with his impressive war-time resume. 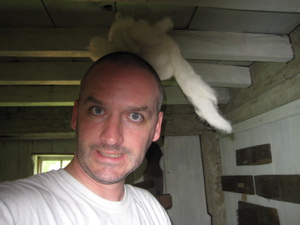 Continuing my theme for the day, I took a picture with some wool on my head.

About 1765 the final major change was made. The lean-to with the Kitchen and its adjoining rooms was added. This necessitated decreasing the pitch of the roof, installing new and longer rafters on the south side, and again redoing the chimney and fireplaces. The stairway was moved to its present location. Probably at this time the original small casement windows were replaced with double sash, and more windows added.

After visiting upstairs (for quite a while, actually) with Elisha’s wife Abigail, who raised ten children, and sweating our butts off, I went back down to circle through the kitchen area. There, I happened upon Violet, a slave of the Lee family. She churned butter in the kitchen, where visitors could sample it on some homemade cornbread. I did and it was terrible. 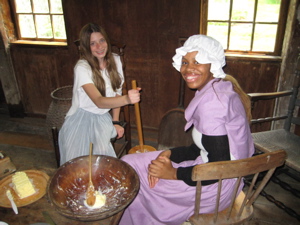 These girls were nice. Poor them had to churn butter all day.

The West Parlor was plastered, the summer beam and chimney girt were sheathed, and the paneling formerly on the plastered walls was reused in the lean-to. New paneling, with four flute pilasters was added on the fireplace wall. Although some minor changes were made in the nineteenth century, the 1765 modifications brought the house much to the form in which we know it. 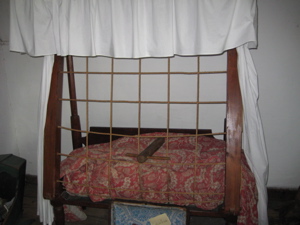 In the parlor, I met Dick Waterman, past East Lyme Historical society president, who was playing Lt. Ezra Lee. He was hardcore about his role, but in a fun way I suppose. Ezra Lee, the cousin of Elisha, was born in 1749 in Lyme in the Colony of Connecticut. His military career included carrying out secret missions for General George Washington and wintering at Valley Forge in 1777-78. This Lee also fought in the Battles of the Brandywine, Trenton and Monmouth. I went to Brandywine High School a few miles away from the Battlefield, so that’s neat. 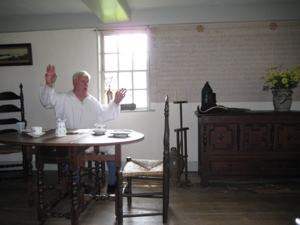 Lee’s most memorable mission was to operate the first submarine, the Turtle. While David Bushnell of Saybrooke gets the credit for having built the one-man contraption, Lee was the man who went inside it and under water to attack the British flagship Eagle in New York Harbor on September 6, 1776. Although the attack was unsuccessful, the British did remove their fleet from the harbor. (A replica of the Turtle is over at the Connecticut River Museum in Essex. CTMQ Visit Here.) 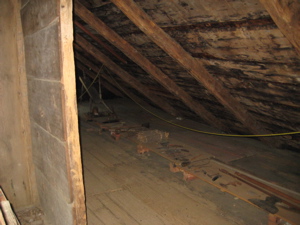 Every historic house museum has one: The attic/sleeping quarters.

After two hundred years of Lee ownership, the house was sold to a neighboring farmer, who used the building for a chicken coop and to store hay, intending to tear the building down eventually. The East Lyme Historical Society, with help from the Connecticut Society of Colonial Wars, the Society of Colonial Dames, the Society for the Preservation of New England Antiquities, and several Lee family descendants, was able to purchase the property in 1914. 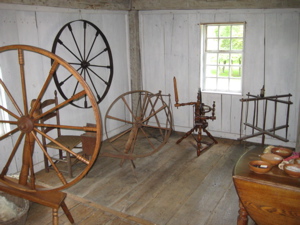 Wait – the Society of Colonial Dames? The National Society of The Colonial Dames of America actively promotes our national heritage through historic preservation, patriotic service, and educational projects. After perusing their website for a spell, I still don’t really understand, but they appear to do good work.

I really enjoyed my visit and the richness of the presentations. There is also a historic barn on the property which contains a decent sized Nehantic Indian exhibit, with all sorts of excavated tools and such. The first recorded inhabitants of what is now East Lyme were the Western Nehantics, an Algonkian-speaking tribe whose territory stretched from the mouth of the river now named for them, the Niantic River, westward to the Connecticut River.

Like most eastern tribes, the Nehantics lived in semi-permanent locations. Summers were spent near the waters of Niantic River and along the shore of Long Island Sound, both of which supplied an abundance of fish and shellfish. These were supplemented by crops of corn, beans and squash. As cold weather approached, tribe members moved to the higher grounds in the northern end of town, where longhouses, sheltered by dense forest, provided comfortable habitat through the winter. 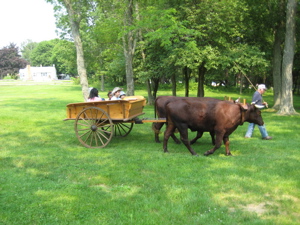 What remained of the Nehantic tribe in the East Lyme area declined through the 19th century. In 1870 the tribe was declared officially extinct, allowing their reservation land in Black Point to be sold off.

Burial grounds in the Crescent Beach area were excavated to allow shorefront homes to be built. The remains that had been disturbed were relocated to Union Cemetery, on East Pattagansett Road in Niantic. On November 5, 2006, the East Lyme Cemetery Association dedicated a new monument at McCook’s Point Park in memory of those Nehantics once buried in the area.

The Little Boston Schoolhouse is also right next door, which I reported on as its own little museum.

So wait… who was Thomas Lee after all? I have no idea.

Cost: Free
Hours: Wed – Sun 1-4PM, June-Labor Day
Food & Drink? Frank’s Gourmet Grille looks great.
Children? They’d survive
You’ll like it if: You are on a 3 house tour to put wool on your head
You won’t like it if: You really were looking for Motley Crue stuff.
Freebies: None 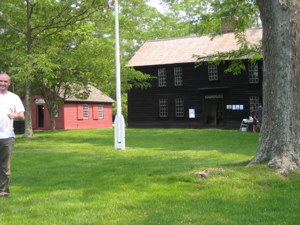