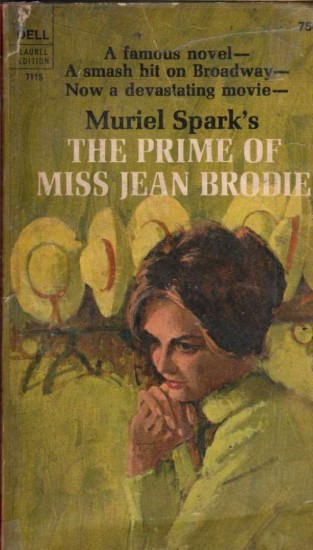 A prime number is a natural number greater than 1 that has no positive divisors other than 1 and itself. Now I know Muriel Spark wasn¹t trying to be mathematically clever with her title, but I think it still bears mentioning.

Jean Brodie is in her prime. She hasn¹t been better and she’ll never be better again ­- never mind that her prime seems to last about 10 years or so ­ which is perfectly fine. The tight “set” of six girls she teaches and molds and bends and nearly breaks over time are indivisible by anything but 1 and itself. That 1 being Miss Jean Brodie.

(I won’t push this tenuous bit of symbolism any further than to say Miss Brodie + 6 girls = 7, which is a prime number. Hmmmm?)

Okay, none of that went through Spark¹s head at all. But I do wonder if the definition of “prime” meaning “prepare” like “prime the pump” was part of her thinking. It may well have been.

Prime was one of Sparks short little books she wrote about young Catholic girls coming of age. There are all said to be pretty good, but this one stands out – hence, it’s on The List. The story encompasses a large swath of time, using flashforwards and an omniscient narrator.

Even though the narrator is omniscient, we are not really given the full details of Miss Brodie’s proclivities until it matters. You know how you have that friend who is just the WORST storyteller in that he jumps to the “good part” way too early? These types are often jolly good people, but man do I hate the inability to tell a good story properly. (I am confident of my abilities in frightfully few things, but telling a good story properly is one of them.)

And Muriel Spark can tell (and write) a good story. And she does it very concisely! You can read this book in a day! But that doesn’t mean it’s not dense. She writes the story sort of piecing together different decades of the characters’ lives. She does this smoothly and really quite impressively.

Prime follows the “set” of six Scottish girls from the age of 10 out into the post WWII future. They all attend a prim little all-girls Catholic school in Scotland. Miss Brodie was a modernist and she was (relatively) sexy – and sexual. She made it her mission to transform a clique of girls into little Miss Brodies.

We are initially led to believe that this meant not much more than being schooled in literature and the arts and perhaps some more globalized thinking. At one point, when she realizes her girls are avoiding work by spending time in the science lab with a more dour teach she intones, “Art is greater than science. Art comes first, then science.”

This romanticism is what Miss Brodie more or less forces on her set of girls. It’s also what dooms her as a human being. (As one with a degree in biology, I found Miss Brodie downright sinister for her anti-science beliefs… and the revelation that she was a “born fascist” and Mussolini fan – who didn’t see what the big deal about Hitler was – hardened my opinion of her. 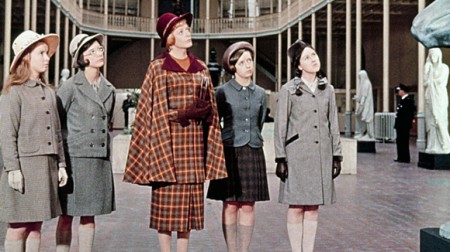 Of course, over the years the girls sexually matured and found themselves in adult situations beyond their ken. They had sex and began to form their own, very un-Brodielike opinions. One of the girls finally “betrays” Miss Brodie.

The interesting part about this betrayal; oh what the heck, it’s Sandy who does it – is that once Sandy gets her wits about her through maturity, Sparks notes that, “[Sandy] never felt more affection for [Miss Brodie] in her later years than when she thought upon her silly.”

And that’s the thing. As children and teens we are not fully formed. Our heroes and idols are our heroes and idols simply because we are not informed enough to have found our own, real, mentors. What we are force-fed in our youth often looks silly to us with the wisdom of age. After all, who in the world would come to believe in talking snakes and virgin births if we never heard of them until our 30’s?

I wish I could write more about this book, but unfortunately I read it several months ago and quite frankly, book reviews are not the most fun thing for me to write on here. I wrote the title to this page many months ago and I have no idea what I was thinking when I did. So this is fun.

The books spawned a movie too, and it’s supposed to be pretty good. That’s where the picture above is from.