I Think I’ll Always End up Back East Somehow
Back East Brewery Company, Bloomfield
Multiple visits with many more to come

[2016 Update: Man, I hate these brewery pages. They become outdated WAY faster than anything else on CTMQ. As you know, the beer scene in CT has grown enormously since I wrote this in 2012. Back East itself has also grown immensely. Not only that, but their tasting room is now way bigger and better AND they brought on a new head brewer in late 2015. This dude, Stephen, could honestly be one of the best brewers in the state… and now, in early 2016, word is getting out. Back East has been putting out some phenomenal beers recently. As good as literally anything you can get these days. And yes, little ol’ Back East is becoming a line-brewery. Which is awesome for Tony and Ed and the gang up there.] 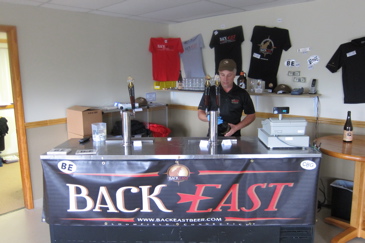 2012 has been a very good year for craft brewing in Connecticut. Several breweries have opened or are opening soon, with even more on the horizon in 2013 and beyond. (This, with no diminishment of the existing breweries and brewpubs we already have.) For me, one of the most exciting of these developments is the opening of Back East Brewery in Bloomfield.

Why? Because it is literally on my way home from work. Well, if I got that way it is. I think I may come to like going home that way every Friday. Or Wednesday. And/or Thursday… for they are open all three evenings (at this time) as well as Saturday afternoons. 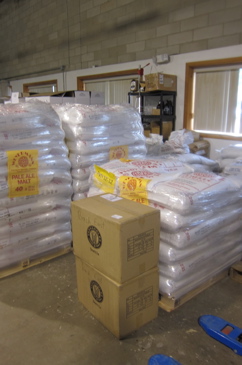 Pretty darn impressive for a brewery that just opened up a couple weeks ago. They had two beers in production for the first two weeks, just rolled out a phenomenal Imperial Stout in this, their third week and I’m looking forward to their IPA next week. Plans include an Imperial IPA and some seasonals as time moves forward.

Despite their newness, the guys behind Back East are not new to the craft beer game. They know their stuff and it shows.

First of all, their set up in an industrial building in Bloomfield (which isn’t that hard to find – much easier than, say, David Glass’s old cheesecake factory which used to be nearby) is super clean, organized and well thought-out. While they don’t have a tavern license at this time (a new law in CT allows breweries to set up an actual bar area), they have the room to do so if they want. Not Hooker room, but room enough.

Tours are offered on Saturdays and I took the second tour ever given by co-founder Tony Karlowicz. I’m special. The tour here is worthwhile if only because Tony mixes in the rather personal history of the brewery with the usual stuff about hop provenance and wort temperatures. 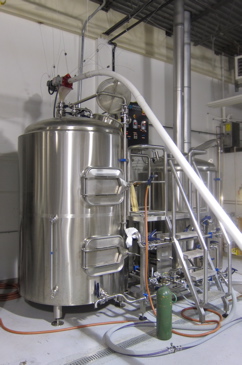 Back East is owned by Tony and his cousin Ed Fabrycki, Jr. Both are Connecticut natives and Ed is back after many years out in San Diego where he started home-brewing. In fact, the brewery name is derived from this fact; Ed moving “Back East.” Clever, these chaps.

Part of the tour includes the old home-brewing rig these two used for years before jumping headlong into the craft brewery game. It still sparkles with newness and Tony said they still plan on using it for test batches in the future.

Despite being new and small, Back East has a bunch of (very expensive) tanks and shiny new equipment. Of course such a venture is a huge investment (Tony joked about how long it will be until he sees his first paycheck), but that terrible awful no good socialist governor and legislature of ours did provide the guys with a business development grant. Y’know, the things that help small business succeed.

[Aside: I was joined by a very knowledgeable older couple for my tour. They asked great questions and were clearly excited for Back East. At one point, the woman said, “Your beer is great. A lot of Connecticut beer is great. Way better than Connecticut wine.” I had to chuckle at that brutal truth.]

It was clear that Tony and Ed know their stuff. They’ve honed in on what they like and what the craft market is yearning for: very high quality beer, brewed 100% locally and with respect for the beer drinker. Amen to that. 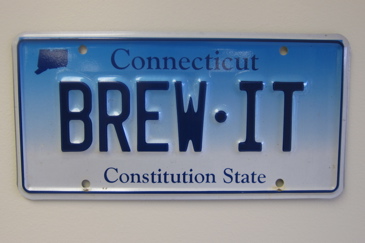 As a Professional Engineer, Edward enjoys the technical aspects of brewing. Tony developed his appreciation for Craft beer during his college years in Vermont, and always imagined launching a brewery. An entrepreneur at heart and a CPA with extensive experience in accounting, auditing, and insurance, Tony loves building a successful business from the ground up. Tony and Edward began homebrewing and experimenting with different recipes in early 2006, and immersed themselves in all things Craft beer.

Over this time, they developed several exciting recipes that they are proud to put the Back East name on. Back East’s beers will be brewed exclusively at our small, but state-of-the-art, brewery in Bloomfield. 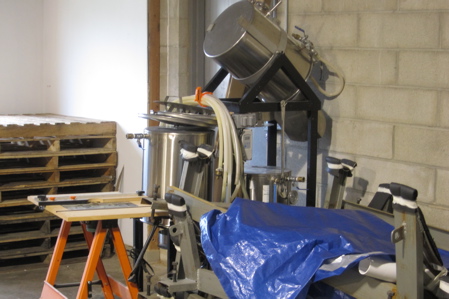 Where it all began: The original homebrew equipment

Back out in the tasting room, I had the privilege of trying the three brews they have on tap: a golden ale, their signature Back East Amber Ale and a high-octane kickass Imperial Stout. All three were smooth, refined and ready for market. I was, in a word, impressed. 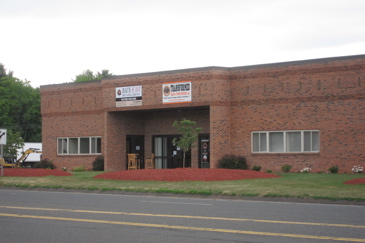 Besides the good beer, Ed and Tony are easy going and just really cool to talk with. Hell, I’d consider them friends already. (I also ran into their brewmaster, Mike Smith, a week prior at the gas station across the street. He comes here after nine years as a brewer at Harpoon and a stint at Mayflower Brewing in Plymouth, MA. He was cool to talk with as well.)

As they are so new (at the time of this writing, anyway), their beers are probably a bit hard to find around Connecticut. But they have a great business plan and are hosting tastings at package stores and events all over the state already. I can’t wait for the 750’s of the imperial stout to be available (in a week, though, if you’re reading this anytime after the end of July 2012, go get some.) For a 10.5% ABV stout, it is incredibly smooth and easy drinking, with chocolate malts and lots and lots of iterations I’m sure.

My friends know that I consider New England Brewing Connecticut’s best. Their Imperial stout is great – and this compares very favorably. But keep in mind it’s brand new too. Like I said, impressive. 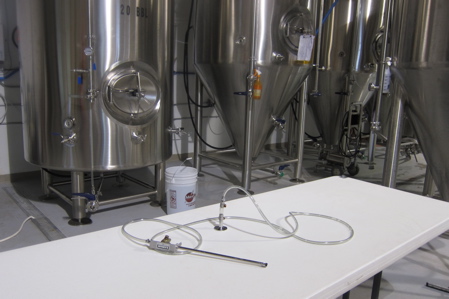 Back in the day, Back East hand bottled with this contraption

But this isn’t about New England Brewing. This is about a couple cousins with a few bucks, a vision, and many years of brewing experience.

Connecticut is a better place with Back East now on the map.