Paul Bunyan, Groot, a Gorilla, and a Swan Walk Into a Bar…
Cheshire

I bet you didn’t know that giant roadside (usually) men have a cult following. They are called “Muffler Men” in this world because, apparently, the first giant roadside men all held mufflers. 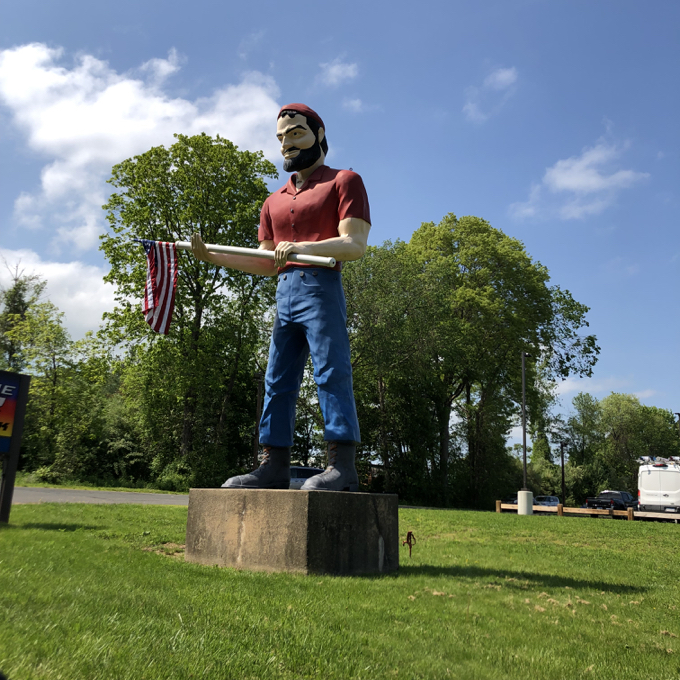 Okay, the story itself isn’t exciting, but the fact that people keep track of this stuff is fascinating to me – says the guy writing about the guys who keep track of such things. I’m fully self-aware, don’t worry.

From Roadside America, the premier source for all things Muffler Men.

The town of Cheshire enforces a law that no sign can be more than seven feet high, and most signs in town seem cut from an identical mold with knob-topped bedposts on either side and a Georgian sunburst “window” on top.

When the lumber business that is now the House of Doors put a 26-foot-tall Paul Bunyan muffler man on their front lawn in the early 1980s the town was up in arms, so the Sirois brothers, who own the business, replaced the axe with an American flag. “You can build a flagpole as high as you want and the town can’t do anything about it,” they told us.

The muffler man, they proudly claim, is now “an official landmark.”

Since those early conflicts, and in the wake of the Muffler Man’s very important role in a post-9/11 world, the flagpole gambit seems to have been dropped, with no ill effect on the big guy.

He was holding a flag during my 2019 drive-by visit, and seemed to be in great shape. The House of Doors in Cheshire is at 540 W. Johnson Avenue and Roadside America deems it, “worth a detour.”

Now, many of you are saying, “Hey, I pass a House of Doors” at the end of route 11 in Salem!” and you’d be correct. Same owner, same passion for Muffler Men. I really hope this URL never changes, as the fact that Muffler Man Fans have chronicled the life and times and travels of both House of Doors Muffler Men is just… awesome.

I stopped to see the Bunyan at the House of Doors yesterday and, just on a lark, I went in to ask about the “other” Muffler Man reportedly purchased by the owner for his other store. A sales rep took me outside to see the Muffler Man awaiting repairs, and a zoning variance, to be installed at the other House of Doors location in Salem, CT.

This guy needs some TLC ASAP. It was a rare find, a Muffler Man flat on his back, waiting for his moment in the sun. I felt like I got a backstage pass!

I initially found Muffler Man No. 2 in 2017, still lying in the grass behind the building, but this year he was missing! Turns out they’ve taken him from the grass and put him on a trailer on the far side of the House of Doors. Is he gonna be restored?

I didn’t see sleeping Paul Bunyan House of Doors Muffler Man # 2 during my 2019 drive-by. There was a massive kid birthday party crowd at the trampoline park in the same complex. But if he ever appears down in Salem, I’ll be the first to let y’all know. 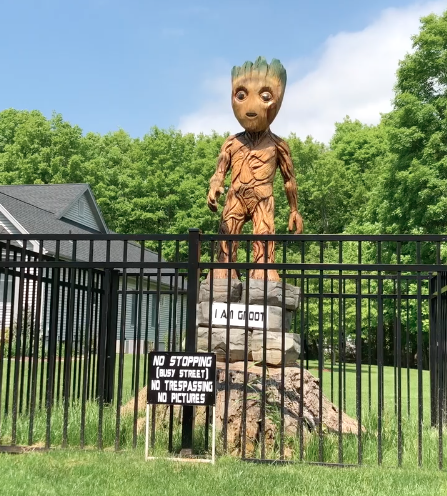 One of my long-time friends is a Cheshire cop, so if I’m to be busted for this offense, take it up with him. 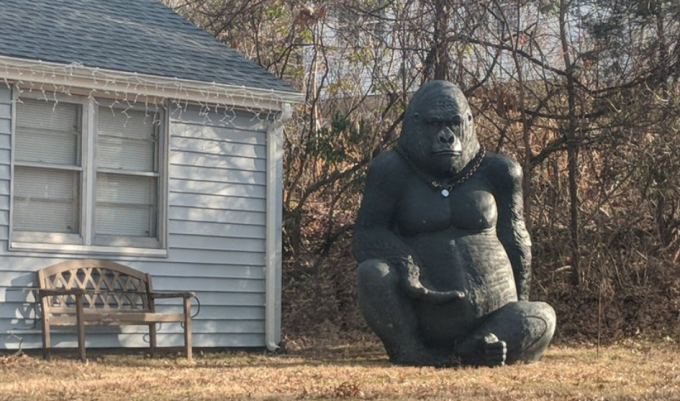 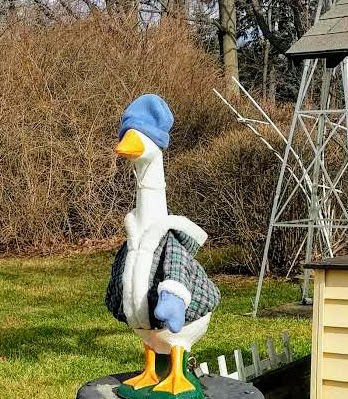 Cheshire, everybody. Just another Connecticut town.