True story – I was weaving my way from downtown Naugatuck through the hills west to Oxford one day. I had Damian with me and had stopped at a park so he could relieve himself. I was wholly unaware of Gunntown Park, but made a mental note that there were trails to hike here.

On my way out of the empty parking lot, I noticed a Freedom Trail obelisk. Huh? The ol’ Freedom Trail folks had added to their trail again without telling me, but I happened to be in the middle of the hills and dales of western Naugatuck and happened to see their little marker. 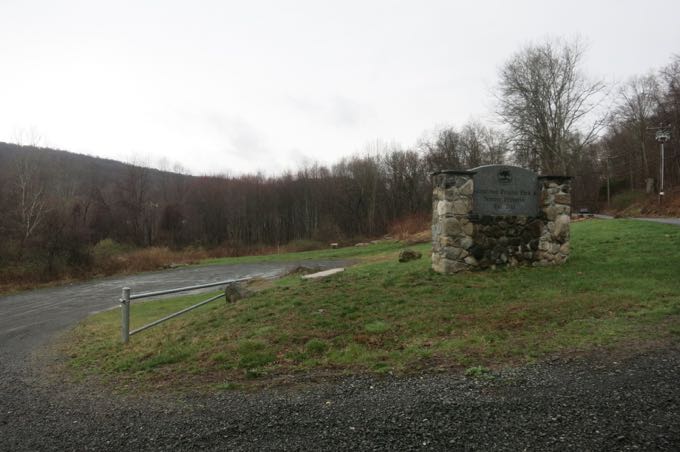 So what is this place? From the unlinkable Waterbury Republican:

More than 200 years ago, on what is now the Gunntown Passive Park and Nature Preserve, a British agent almost shot a young patriot to death before another Tory jumped in front of the gun.

The dramatic incident, one of many during the five-day kidnapping of 16-year-old Chauncey Judd, has earned the land a spot on the Connecticut Freedom Trail, which includes more than 130 sites that symbolize the struggle for freedom and African-American accomplishments.

“This is a story of human freedom and human dignity,” said Len Yannielli, community outreach director for the volunteer committee that maintains the 39-acre park. “It has a lot of features of the Hollywood chase scene, except it’s in the Revolutionary period.”

After Yannielli gave a presentation Jan. 9 to the Connecticut Freedom Trail Planning Committee, the members voted unanimously to include Gunntown as part of the trail, he said. The committee is a division of the state’s Commission of Culture and Tourism.

A formal dedication will be held in September, which is Connecticut Freedom Trail Month, said Mayor Robert Mezzo.

“It’s not only beneficial from an educational and historic perspective, but also a potential attraction for tourists to visit the trail,” Mezzo said.

Not to be egotistical, but I think they’re talking about one tourist: me. 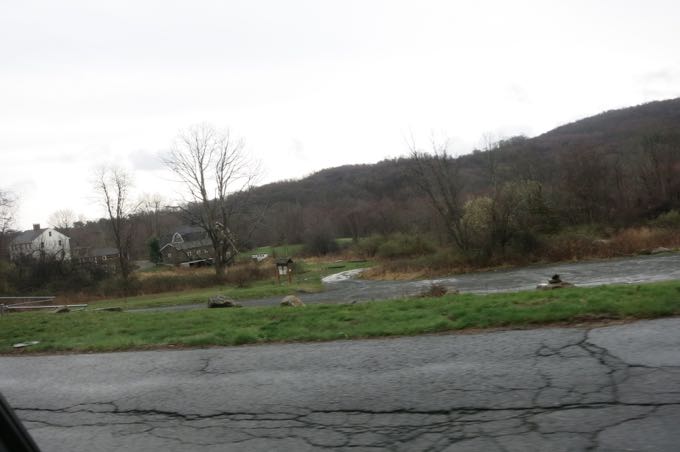 In the spring of 1780, a gang of thieves loyal to the British crown robbed a house in Bethany and then abducted Judd, who lived in what is now the borough, and was then called Judd’s Meadow. The group reached a bend in Long Meadow Brook, near the Gunn family barn, when Capt. Daniel Graham concluded Judd had become a burden and decided to shoot him, tie stones to his body and throw him into the brook.

Henry and David Wooster, young cousins who were in the Tory gang but had grown up with Judd, threw themselves in front of Graham’s gun to prevent him from firing. Dissension in the ranks had been exposed as trackers from Bethany closed in.

“The turning point of this story happens right on the Gunntown land, when that British agent put a gun to that kid,” Yannielli said. “It was the beginning of the end. That is what ultimately does them in.”

The group later made its way to the Wooster homestead in Middlebury, where David Wooster’s mother saved Judd again when she realized Graham was getting ready to kill him in a dairy room.

The gang then went south to the Oxford Inn, which no longer exists but was in or near Derby. A slave named Tobiah who worked for the inn overheard what the group had done.

“Tobiah begins to relate to this kid, because this kid is kidnapped, just as his grandmother and other relatives of his were kidnapped out of Africa,” Yannielli said.

Tobiah risked his life by turning a gun on Henry Wooster and demanding Judd’s freedom. As he was preparing to tie Wooster up, the other Tories burst into the room, seized Judd and Wooster and left for Long Island, where they were eventually captured.

Tobiah later won his freedom by joining the Revolutionary army and was a witness when the Tory gang went on trial in New Haven.

Records of the trial and an 1864 book by Israel P. Warren detail the story of Judd’s abduction. The Gunntown committee has named some of the park’s trails after the story’s major players. Yannielli said a bronze plaque will be installed by September, when the site is dedicated as part of the freedom trail.

That kid must’ve been a real pain in the butt.