This book made me sad. When I reviewed my first kids’ book about Connecticut, I remarked how I was impressed by the lack of errors therein. I cannot say the same for this 70+ page book. It’s full of ’em.

The book’s aim is solid. It covers the state’s history rather thoroughly, and also delves into its geology and the touristy stuff. Felonious Governor Rowland even makes a cameo. 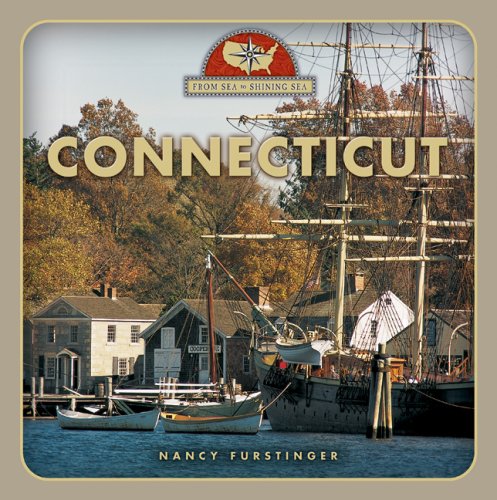 The true test of accuracy, for me, usually regards our State Fossil, Eubrontes. Author Furstinger notes, “… when a three-toed dinosaur called Eubrontes lived in Connecticut.” Gargh. NO!

That was on the second page. From there, the book suggest we go watch sperm whales from “a harbor on Long Island Sound,” (good luck) and that Norwich is “The Rose of New England” because “the rounded hills resemble petals of a rose.” (Nope)

The book goes full-crazy by page 14, noting that western Connecticut’s Candlewood Lake is “the third largest man-made lake in the eastern United States.” Um, no. Maybe in New England?

The problem with this book, aside from it being used and read as a resource by fourth-graders all over the country, is that it makes me question stuff like whether Middlebury’s “meeting house” is 6 miles from Southbury, Woodbury, AND Waterbury. I don’t feel like checking if that’s true. Or if “Connecticut’s central valley has more fossilized dinosaur footprints than anywhere in the world.” Really?

Maybe. Because when I read, “the Connecticut Turnpike opened in 1958… from Greenwich to Killingly” I was like, “c’mon, now.” But it turns out to be correct even if it makes no sense today.

Ok, ok, there were other small errors, but I’ll stop. The book is a trove of facts. And capturing 400 years of local history in bite-sized chunks isn’t easy to do. The author’s bio says she’s not from Connecticut, but “liked to visit” when she was younger. The bio goes on to thank the Internet for supplying some of the information within. Let that be a lesson to you kids.