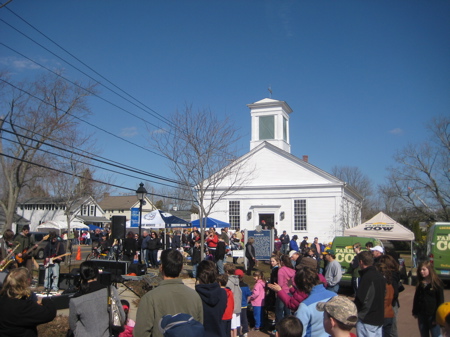 Attended: Saturday Afternoon
Parking: Free!
Distance to Fair: Very short
Cost: Free! (But I did buy food tickets that I ended up selling due to having to leave early)
Something Unique: Freedom Trail stop being celebrated!
Overall rating: Fair 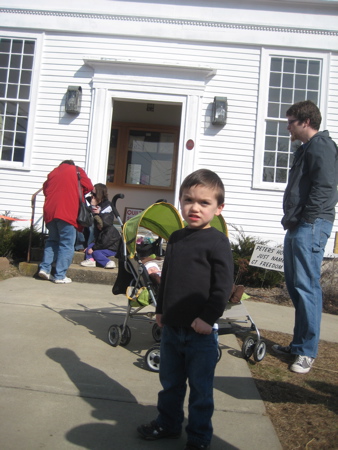 Cleaning out old pictures, I came across a few I took at the 2011 Hebron Maple Festival. I have to hand it to these towns that do winter festivals, as you just never know what the weather will be like. In Hebron’s case, with maple syrup as the theme, they have to do it at the peak of sugaring. It was pretty warm during our visit and I don’t really remember why we decided to go the day we did. But we did.

Unfortunately, we hardly experienced much of it because Damian decided that after he got his Farmer’s Cow ice cream, he was all done with the festival. All the usual suspects are here, but Hebron has a few things going for it. I’ve learned these winter festivals are often situated on the town’s streets rather than a giant field like the autumn fests. (Hebron does double duty as it also has a fall Harvest Fair.) I like the different “feel” of that. Furthermore, in Hebron’s case, their Maple Festival celebrates several historic properties in town. Unfortunately, I was only able to get inside one of them (the Old Town Hall, here) because of Damian’s issues that day.

But there’s also the Cesar and Lowis Peters Archaeological Site, which is the newest addition to the Connecticut Freedom Trail. Hebron seemed positively excited about this development, which is refreshing to see. (My page on that here). There are two one room schoolhouses that open during the festival as well. Something to look forward to, I guess. 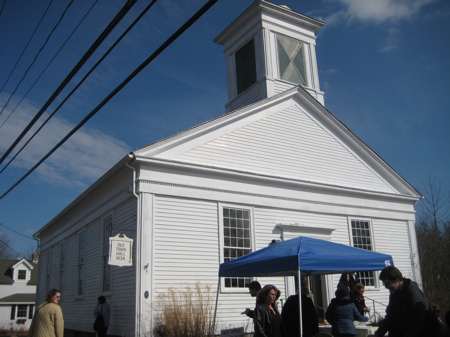