“Because you continue to go to every podunk hole-in-the-wall corrugated steel box brewery with sloppily hung signage in Connecticut, even though every one of them is sort of the same place now, just in different towns.” 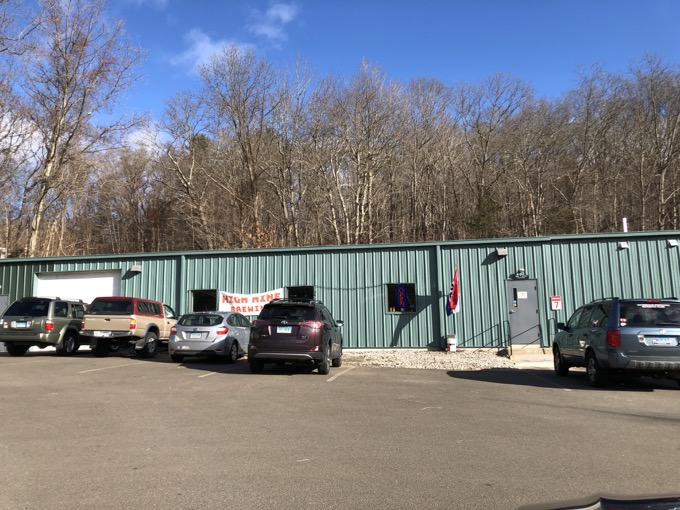 Good point. But I’m not high. I’m at High Nine in Deep River! Another Podunk hole-in-the-wall corrugated steel box brewery with sloppily hung signage in Connecticut that is sort of the same place as many dozens of other breweries in the state! Woo-hoo!

But here’s the thing. I contend that having 100+ breweries is clearly a good thing from a small business standpoint, and the fact that so many are the same as so many others is also a very good thing. Breweries are normal now. They are the neighborhood bar now. They just “are.” And that’s cool. 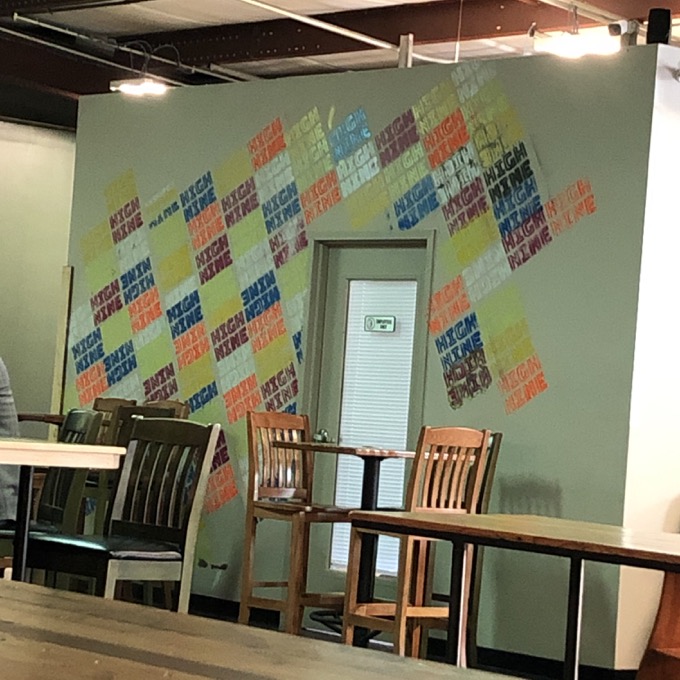 Do y’all think that all 700 museums in Connecticut are standouts? All 2,000 trails? Of course not, but I’m experiencing all of them too. What I try to do is to find out what’s unique about each place I visit. That’s kind of my thing. Which brings us to another ugly rectangle brewery deep in Deep River, a town that suffers a bit of an identity crisis with its neighbors Chester and Essex.

Everyone loves Chester and Essex! Both of their respective downtowns are New England movie-set perfect. Both have great restaurants and art galleries. Oversized Volvos and Audis disgorge spoiled brats in designer puffer jackets up and down the streets. Somehow Deep River, right in between those two towns, doesn’t have a restaurant scene worth mentioning, doesn’t have the art galleries, and is more of a Ford and Subaru town. Sounds like a perfect spot for a run-of-the-mill brewery to me! Sort of an escape for Essexites and Chesterians who are sick of Keeping up with the Joneses. Just drive a few minutes to have a decent beer in a cavernous brewery without worrying about Logan or Emma or how the sailboat is faring over winter.

Shout out to Deep River. 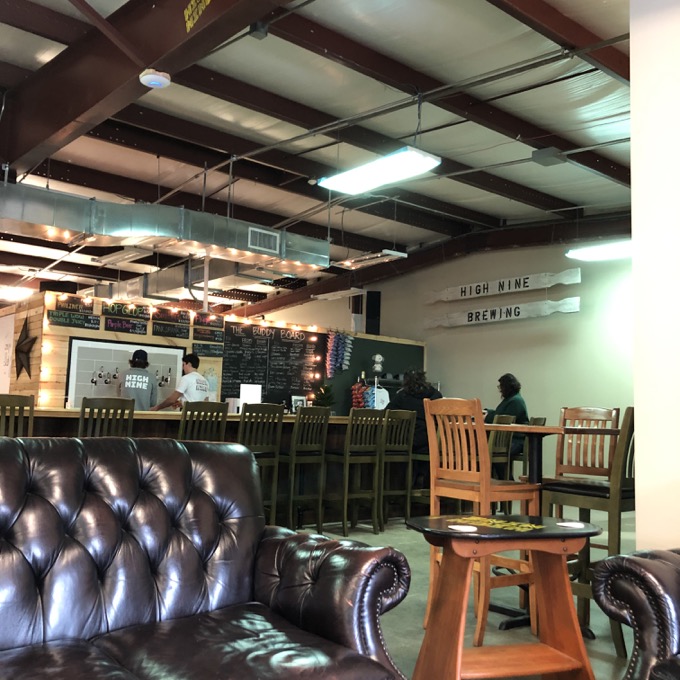 High Nine opened in November 2019 after a fairly quick run-up… proving it is possible to do so. One bit of fallout from the short window from buildout to opening was, perhaps, confusion over the brewery’s identity. They have a bunch of different logos, and had several others in the fall of 2019.

They were all terrible.

This one reminds me of The Max, the Saved By the Bell hangout. 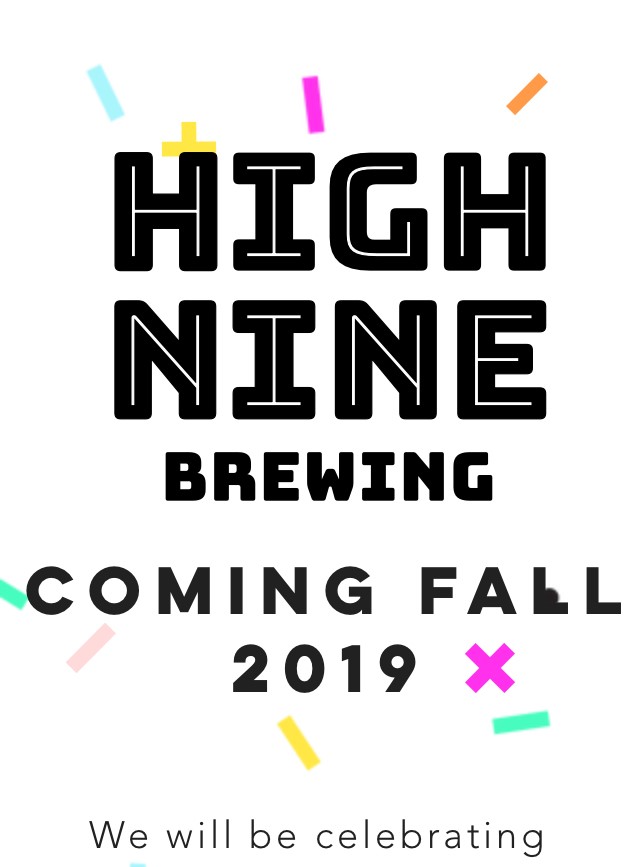 Logos schmogos, right? Right. What matters is the beer and the experience. High Nine is so named because their brewer, Hunter Waldron, has nine fingers. As the story goes, he gives high nines instead of high fives. Which – wait a second – without trying to sound dismissive of the guy’s childhood trauma, shouldn’t it be called “High Four Brewing?” No one gives “high tens.” It’s “gimme five” or a high five. 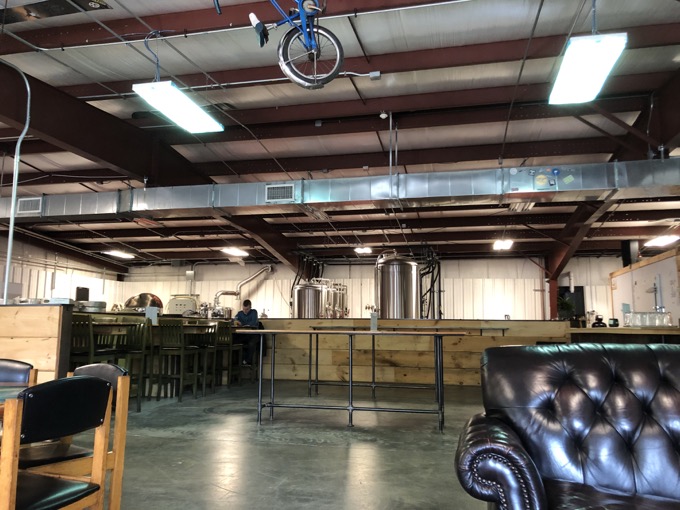 Okay, so the dude has only nine fingers. Can he brew with them? The space is a steel box with high ceilings. There’s a bar with seating, some high tops, and a little living room set up with couches, a rug, and a coffee table. They’ve attempted to make it homey, but it’s simply impossible here. If you want homey, drive north a few minutes to Chester’s Little House Brewing. High Nine is pure industrial open space.

Which is fine. They don’t do flights here – or at least weren’t a few months after opening – but you can order short beers for the very fair price of about three bucks. I was confronted with a tap list devoid of anything dark. No stouts, no porters… in January. (To be fair, I did overhear that their coffee porter or stout or whatever just kicked the night before.) Two fruited kettle sours, two NEIPAs, a pale, a pils, and a kolsch. Better than many, but would still like a little more tap list diversity. 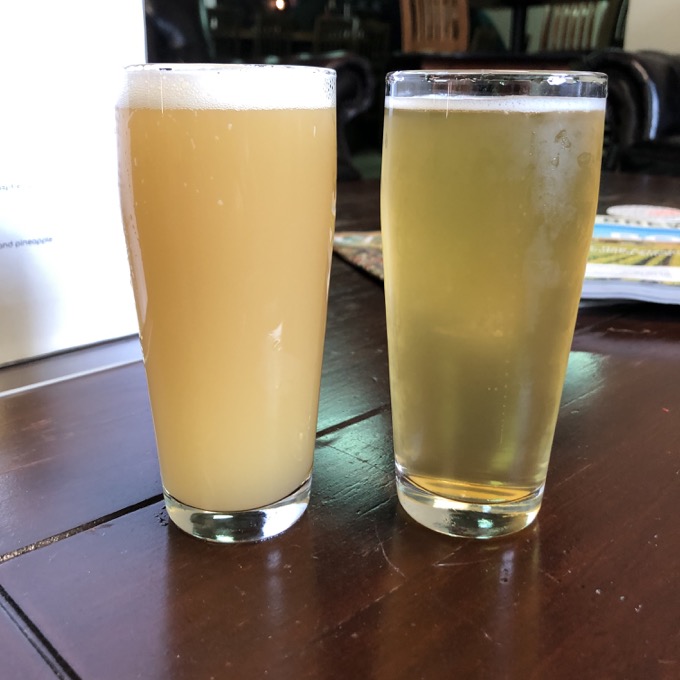 I started with the pilsner, called Philzner. And it wasn’t bad; perhaps a tad too sweet and not as dry as I’d like, but for a fledgling brewery, I’ll say I was pleased. During my entire visit of about 45 minutes, there was only one other patron. I know I visit breweries at weird times (opening on a Sunday in this case), but that’s always a bit disconcerting. I have heard High Nine is doing fine within their business model’s expectations, so good for them. 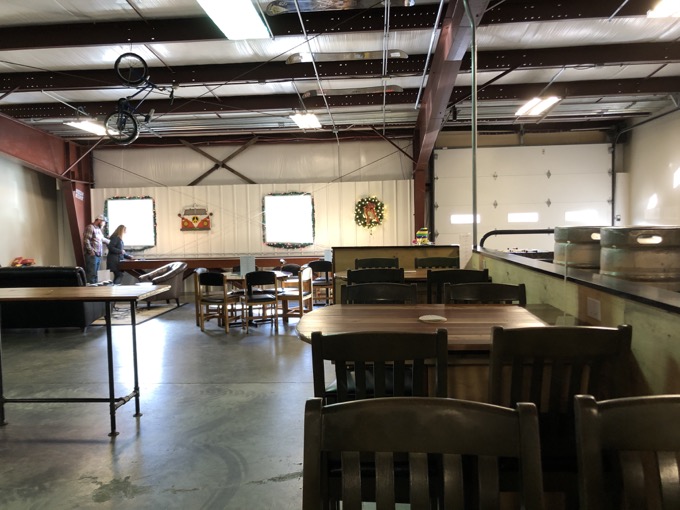 On to the “Hop Glop,” a “bright, citrus forward hazy IPA!” It was below average for the style. The name is apt, as it was sludgy and opaque and is the kind of beer that if you were to let it sit – or god forbid distribute it – the particulate would settle out in an unsettling way. I could just tell. The beer was all grapefruit, which I generally like, but this thing was just a bit ridiculous. The same beer, without the boatloads of hops, put through a centrifuge, with, say 60% of the aroma and flavor, would make for a perfect pale ale. 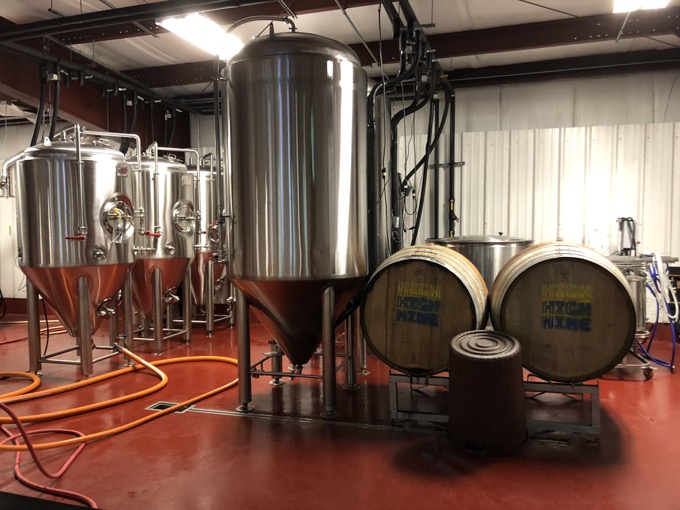 But no one wants such normal beers anymore I guess. I don’t want to chew my IPAs.

Not done yet, I ordered a short $5 “Purple Beer.” A boysenberry and raspberry kettle sour. The guy gave me a full pour. I did not want a full pour. I accepted my full pour and absconded to a different corner of the taproom. Fully expecting to hate a beer called “Purple,” I was pleasantly surprised that I didn’t hate it. 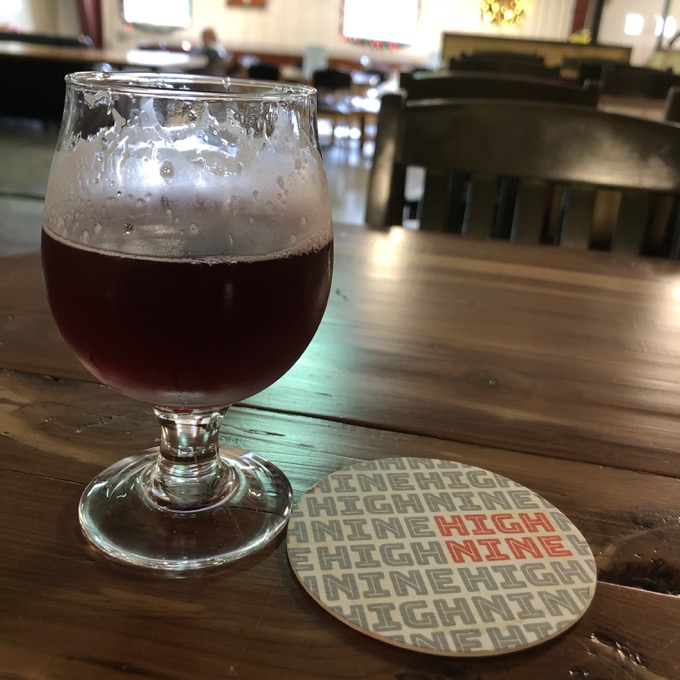 And that’s High Nine: A brewery that keeps things within the range of drinkable. Nothing’s drawing me back to Deep River anytime soon, but nothing’s repelling me either. Which, for what was a brand new brewery when I visited, is fairly decent praise. 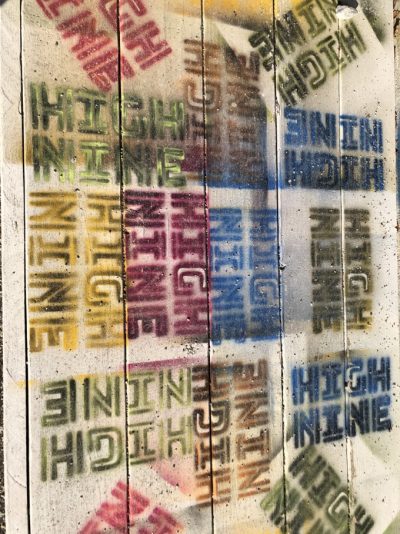