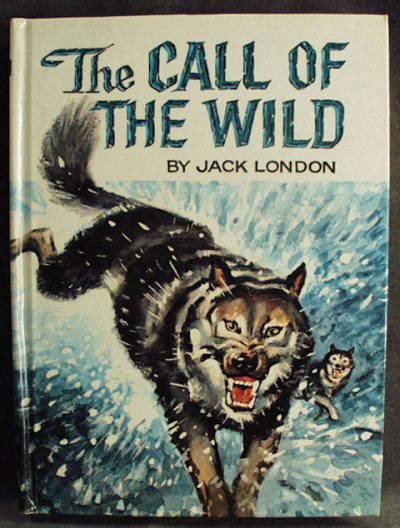 I realize choosing the 100 greatest English Language novels of the 20th century must have been nearly impossible. Ranking them; even worse. But I can’t imagine that I’m going to be reading 87 books better than The Call of the Wild. I’ll admit that London does not exactly use any mindbending allegorical allusions, symbolic metaphors, or important social commentary, but geeze, my man can write.

Call is a short adventure story written, more or less, from the point of view of a bad ass dog, Buck. Buck is living the life in sunny southern California when he is kidnapped and transported all the way up to Alaska, during the time of the Gold Rush. Initially he trusts these strange men… Until he learns about the “Law of the Club and Fang.” Quickly, he hardens towards men and a few of his fellow mushers. Violence and power rules his world, and Buck learns to succeed. Over the course of the story, he is sold to a series of handlers, some horrifically sadistic, some shamefully idiotic. Finally, Buck is “rescued” by a loving owner and his placid sled dogs. However, at this point in Buck’s life, he has become more feral and is drawn more and more to his wolf ancestry… Even taking up a friendship with a wild wolf. While he unconditionally loves John Thornton, his last owner, even winning feats of strength bets for him, “nature” continues to draw him in. Ultimately, Buck returns to the wilds for a week or so, hunting a huge moose for days. He lives on his own, fends for himself, and loses all of his domesticity that he once had. Unfortunately, during his time out on his own, his beloved John Thornton is murdered by native Americans. Buck, enraged, exacts vengeance on these men and kills several of them. From that point forward, even after his death, Buck’s life is legendary as the “Ghost Dog,” who is always to be feared.

As I said, London writes as well as anyone. Simply amazing use of the English language. I read this book in the hallways at work, snuck in a page or two whenever I could… I really loved this book. Two things… I suppose one could draw out some parallel between Buck becoming more “animalistic” and how man is capable of the same, but that would ruin it for me. It was just a kick butt adventure story.