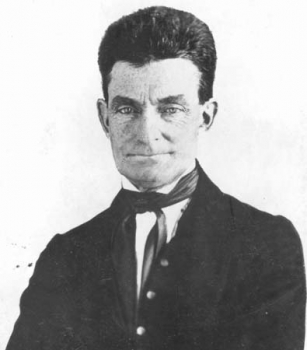 John Brown. JohnBrown. Do you think his boys called him “JohnBrown” like I call my friend Ed Hill “EdHill.” Single-syllable first and last names of a certain cadence almost dictate doing it. JohnBrown. (Hoang and I actually know a John Brown and yes, he is most certainly known as “JohnBrown.”)

Of course, our friend JohnBrown is not exactly historically important enough to warrant a page on CTMQ. THIS John Brown actually warrants two pages… Because I just decided that. Note, both pages are exactly the same, but I felt that in addition to being on the CT Freedom Trail, I should also add it to this “Memorials and Monuments” section as well. You understand.

John Brown is one of those iconic guys in American history that almost everyone with a high school degree has at least heard of. Of course, he’s far more associated with Kansas and West Virginia than with Connecticut, but we’re used to that – Mark Twain Missouri what? Samuel Colt “the West” where? Glenn Beck Nuthouse what? In Brown’s case, however, his association with Connecticut really wasn’t that strong.

He was pretty much just born here. In the middle of nowhere in northern Torrington, almost in Goshen for crying out loud, along a road that probably hasn’t changed too much from his birth year of 1800. As Hoang and I poked around the spot, which now only contains a stone monument and some foundation, I did feel a sense of importance. John Brown was perhaps a bit of a nut (with the “mission from God stuff and voices in his head), but he was the most noble nut of all. And I love him for it. 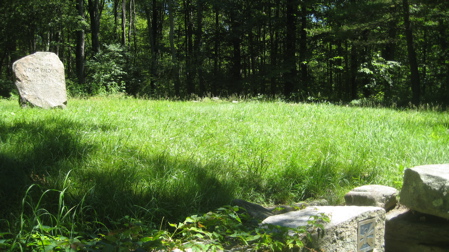 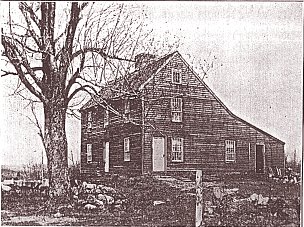 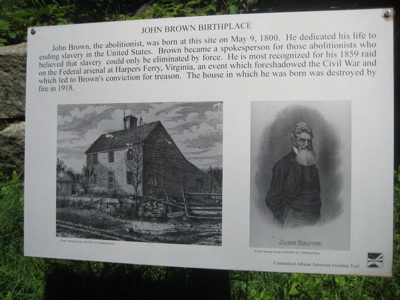 I asked someone how that last bit is coming along and was told that there is nothing in the works (July 2010). Oh well, maybe someday. UConn’s Torrington branch is less than a mile away through the woods to the northeast and I could hope for some sort of partnership there as well. 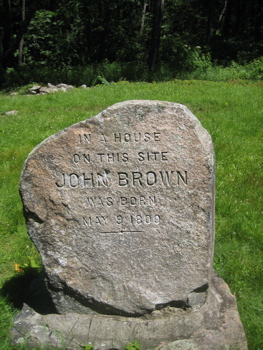 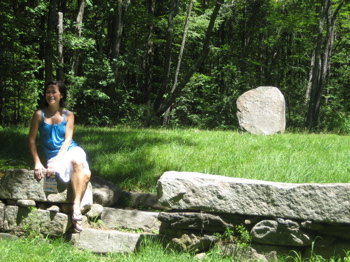 From a bio of Brown: By the time he was 50, Brown was entranced by visions of slave uprisings, during which racists paid horribly for their sins, and he came to regard himself as commissioned by God to make that vision a reality. In Aug. 1855 he followed 5 of his sons to Kansas to help make the state a haven for anti-slavery settlers. The following year, his hostility toward slave-staters exploded after they burned and pillaged the free-state community of Lawrence. Having organized a militia unit within his Osawatomie River colony, Brown led it on a mission of revenge. On the evening of 23 May 1856, he and 6 followers, including 4 of his sons, visited the homes of pro-slavery men along Pottawatomie Creek, dragged their unarmed inhabitants into the night, and hacked them to death with long-edged swords.

One last note, from the actual Freedom Trail website: “The image of Brown’s house is incorporated in the City of Torrington’s seal. Pikes used by John Brown and his men in the Harper’s Ferry raid were made by the Collins Company, located in the Collinsville section of Canton. The Canton Historical Museum has one of these spikes on display.”

Three facts I did not know. Though, it would be good to mention CTMQ’s visit to the Canton Historical Museum.