Nothing quite like the rare state park with unrelated museum!

I have this weird hang-up about writing up things that I don’t feel I’ve fully experienced. Like this park, for example. I hiked the trails and took the pictures and saw three of the “points of interest.” However, the Brayton Grist Mill and Marcy Blacksmith Museum within the park wasn’t open (though of course I’ll revisit it someday), I didn’t swim in the park’s pond (but I did later – see below) and I didn’t poke around in the easternmost part of the park; what was one Sap Tree Run Park but is now part of Mashamoquet. 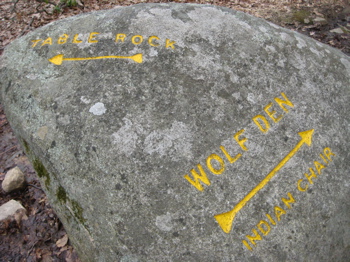 In fact, Mashamoquet today is made up of three separate parks (two abutting). Says the DEP, today’s park is:

a combo-pack consisting of the original Mashamoquet Brook, Wolf Den and Saptree Run parks. A large portion of the park was public domain even prior to the State Park and Forest Commission’s creation in 1914 due to the foresight of the Daughters of the American Revolution who had purchased the Wolf Den parcel in 1899. The State purchased this section from them in 1924 for the original 1899 price and added it to the first Mashamoquet Brook parcel which had been a gift of former Pomfret resident Sarah Fay. These areas, other purchases, and gifts (notably, in 1957, the 148 acre Hotchkins Wolf Den Farm parcel) have been combined to form the present 900 acre park. 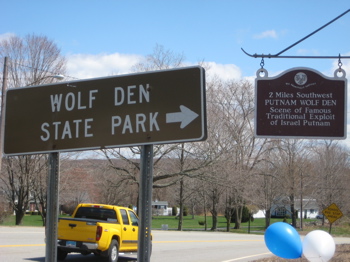 And it’s a lovely park, I must say. The Wolf Den portion of the park is dominated by some striking geologic features not usually associated with Connecticut’s Quiet Corner. Sharp rock outcroppings, cliffs and glacial erratic dominate the steep hillsides. This isn’t the trap rock many people think about when you mention “cliffs” and “Connecticut” but a different type of rock.

Strangely, the DEP site doesn’t have one of their always excellent “Geology of the park” sections for Mashamoquet. Oh, about the name, “The region was once the domain of the Mohegan Chief Uncas. The name Mashamoquet is Indian for “stream of good fishing” and originally was applied to the entire area.” That “entire area” was actually what is now the town of Pomfret as well as Brooklyn, Hampton and Putnam. The settlers bought this whole parcel from the Mohegans for 30 pounds. 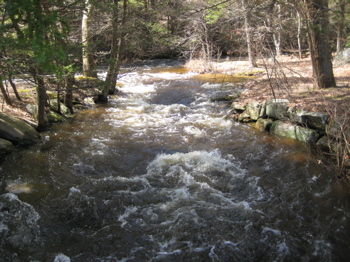 The main entrance to the park is right off of Route 44 – you’ll do well to stop at We-Lik-It for some ice cream before or after a visit – as well as the venerable Frog Rock a couple miles east on the same road. The Brayton Grist Mill greets you as soon as you enter as well. A decent network of trails begins here and intersects Wolf Den Drive which bisects the park. 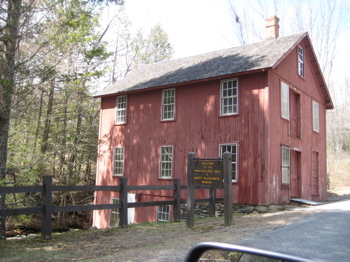 After spending some time along the brook and watching some fishermen, I parked down on Wolf Den Drive near one of the several very nicely maintained camping areas and did a healthy loop hike along the blue and red trails.

So if I didn’t swim or hit the museum, what did I do? (Aside from take a very pretty hike through some of the most interesting rock formations in the state, that is.) I made my way to not one, not two – but three, count ‘em, three named rocks/rock formations, one of which carries enough historical weight to have several You Tube videos dedicated to it. 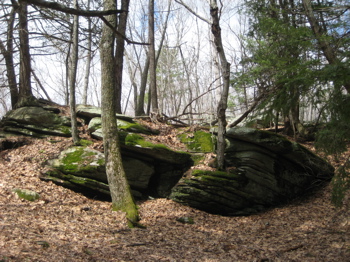 That would be Wolf Den. Here, on a night in 1742, Israel Putnam crept and shot a wolf that for years had preyed upon local sheep and poultry. Moreover, that wolf was said to be Connecticut’s last wolf and its demise was celebrated back in the day rather than lamented. Israel Putnam was later to gain fame as a Major General in the Continental Army during the Revolutionary War. Putnam, according to town literature, is said to have instructed his men at Bunker Hill, “Don’t fire until you see the whites of their eyes.” 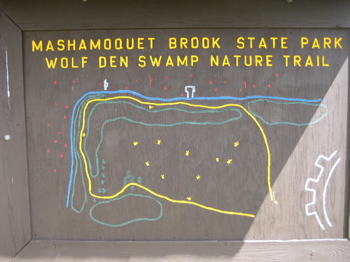 History, however, more often attributes this famous quote to some guy named William Prescott. You can read more about the Den here, on the dedicated CTMQ page. The den was placed on the National Register of Historic Places by the National Park Service and now has a whole sign at the entrance and everything.

The other two cool rock formations are the Table Rock and Indian Chair. Neither is quite as exciting as Wolf Den, but I sought them out all the same and even wrote up a page about them here.

Since Damian and I have a pact to swim in every state park swimming pond, and since I of course have to go to the grist mill museum, we’ll be back way up here to Pomfret someday to add to this page.

Damian and I went swimming in the pond at Mashamoquet, and it was great. I think it’s my favorite pond to swim in we’ve been to thus far. It’s very shallow and safe for one thing, the beach area is half-shaded for another, and it’s just really pretty. Not much more to say so enjoy a few pictures… Damian’s getting a little more adventurous slowly but surely. 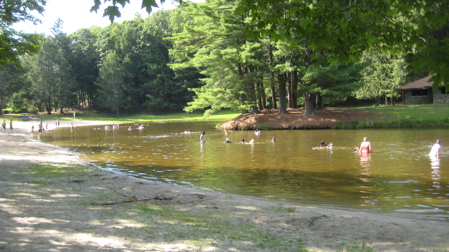 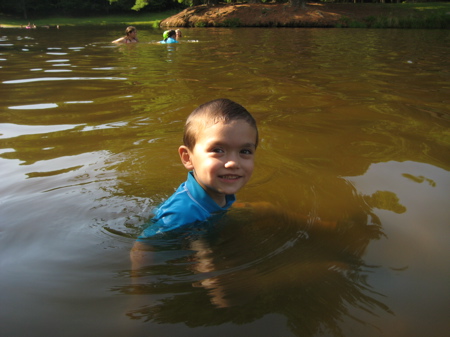 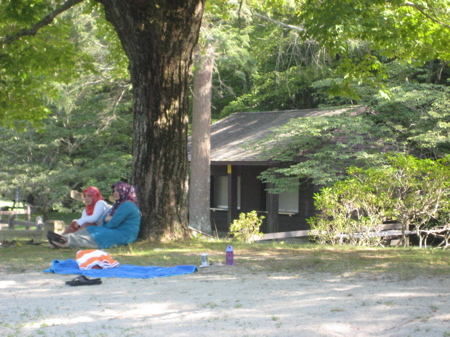 It’s a lovely shaded beach for when your chosen religion subjugates you and makes you wear head to toe coverage on 100-degree days. 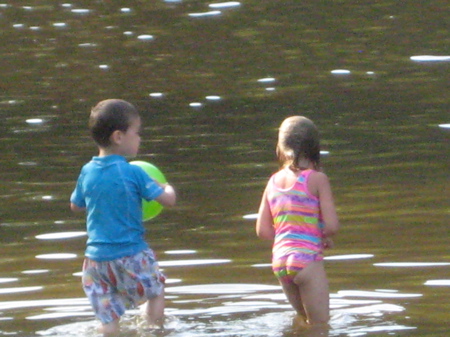 Damian even made a little friend.