Now into the double digits for our 2016 Sky’s the Limit Challenge hikes, I was feeling confident about our chances for completion. (Well, let’s be honest – we all knew we’d complete all 14.) Millers Pond afforded a leisurely stroll around a pond. 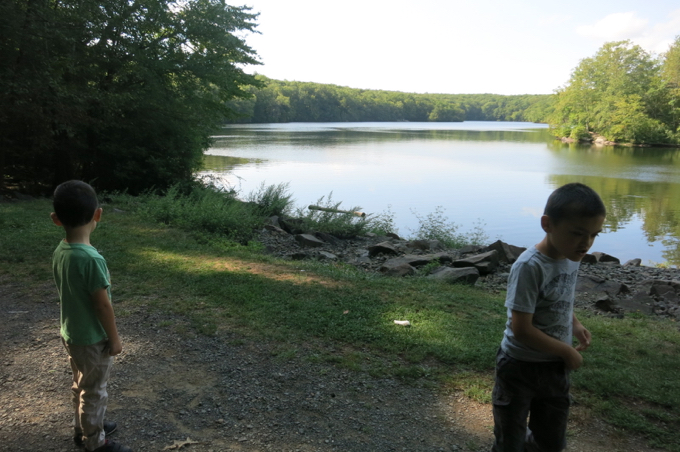 With plenty of rock throwing opportunities for the boys. Perfect.

The first half of our hike was as simple as these things get – a flat walk down a wide, graded trail along the west side of the pond. Calvin took a little while to get going for whatever reason, but upon seeing his brother scooting along, he got with the program and we pretty much flew down to the first interesting stop along the hike.

I’ll rejoin you after a bunch of pictures. 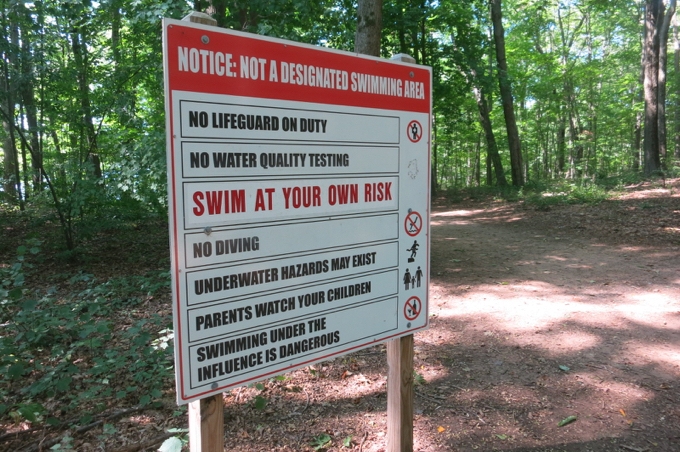 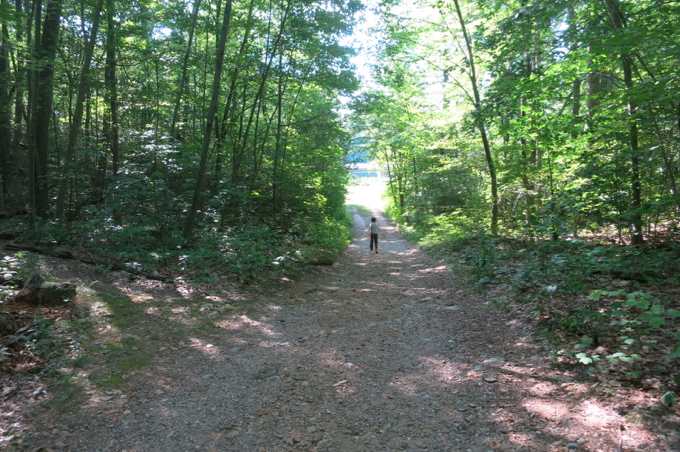 The initial bit of walking was this easy. 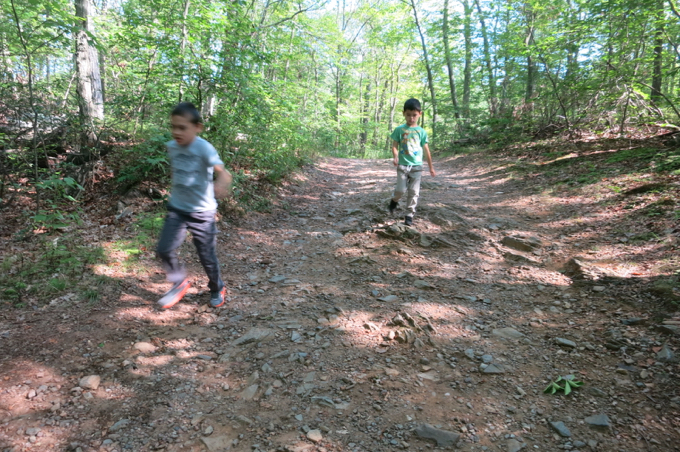 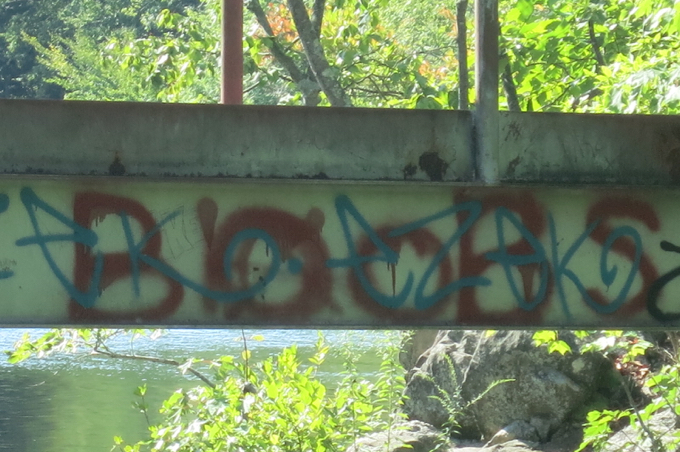 Fine time or Calvin to learn the “oo” sound. 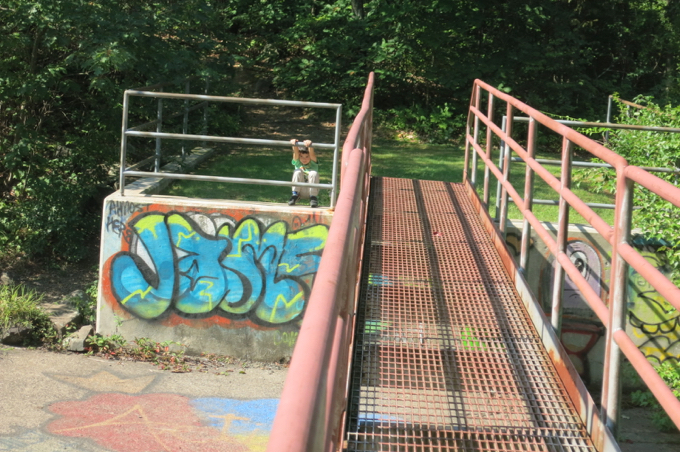 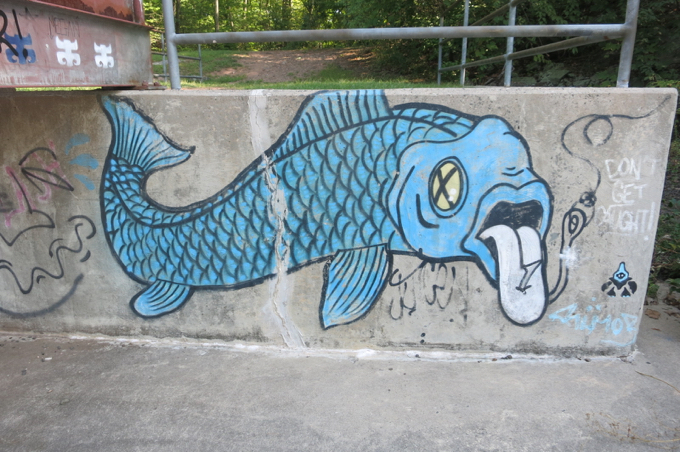 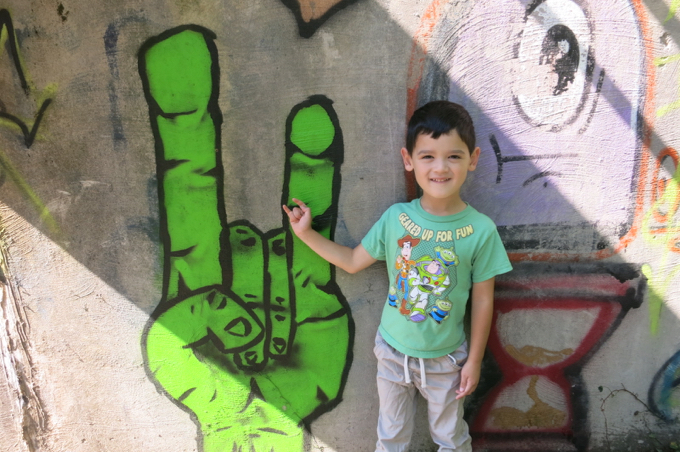 More of that dam art 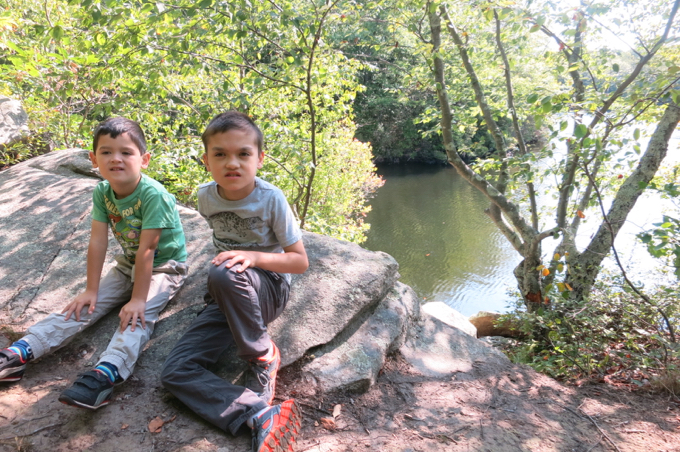 Time for a rest. 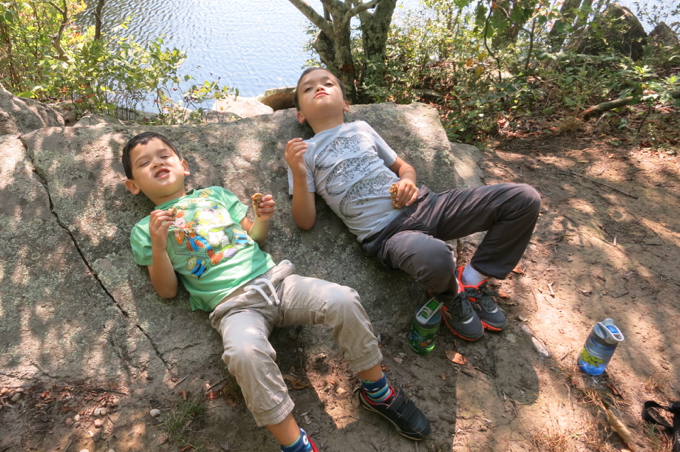 And a snack. While resting. Because we walked for about 15 minutes already.

Just past the dam and graffiti was the official Sky’s the Limit photo spot. It was a lovely patch of grass and wildflowers that the boys enjoyed for a good twenty minutes. They picked flowers for mama, not understanding that their microscopic stems wouldn’t survive the trip home, but it’s the thought that counts, right? 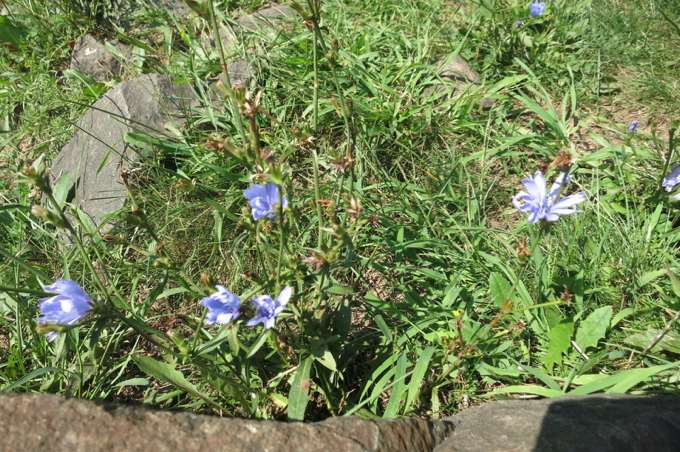 These didn’t make it home to Mama so well. 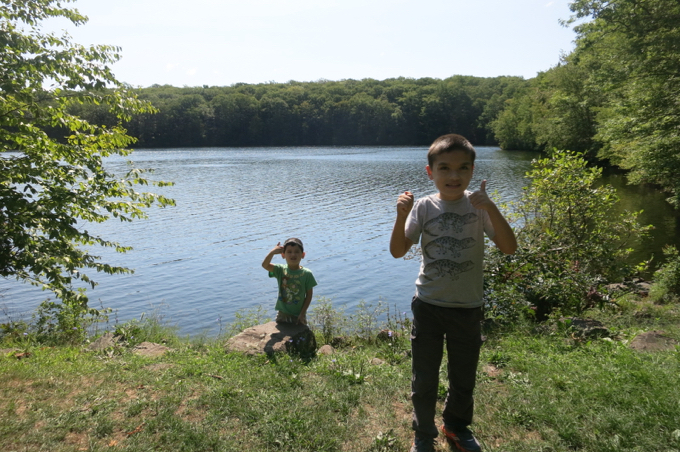 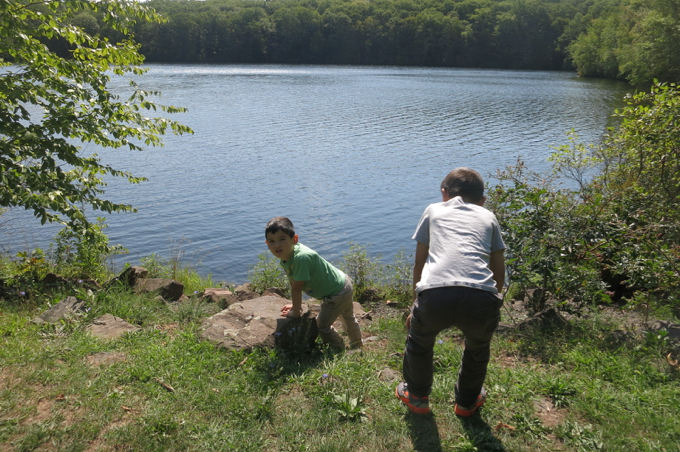 After the photo frolic, the trail re-enters the woods and becomes decidedly rockier and more interesting to traverse. Of course, Calvin loved this while Damian’s pace slowed dramatically.

This stretch is also part of the Mattabessett Trail which is now part of the New England Scenic Trail. I’ve started to whisper suggestions into Calvin’s ear, like, “You know, you can walk that way and go all the way to the beach!” and, “Hey, if we keep walking this way on this blue trail, we’ll go all the way to that white tower (Heublein) near our house and can keep going all the way through Massachusetts!”

He is started to get excited about that kind of talk now, which is pretty great. 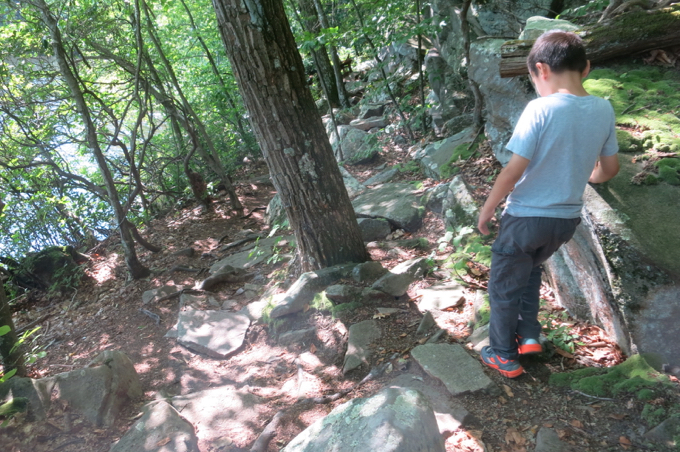 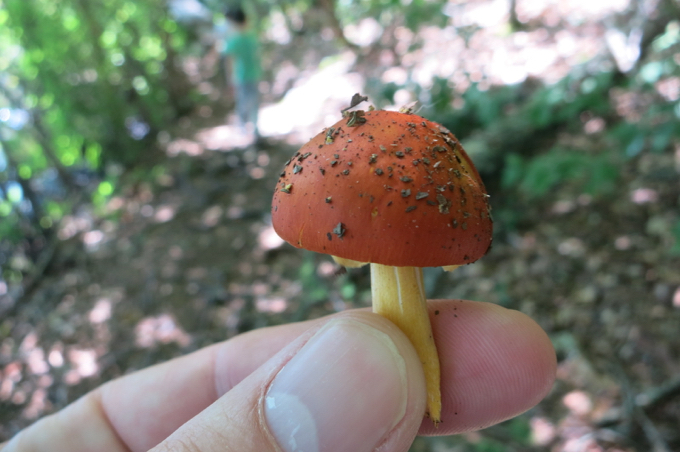 I need to brush up on my mycology. My children expect me to know everything about everything. 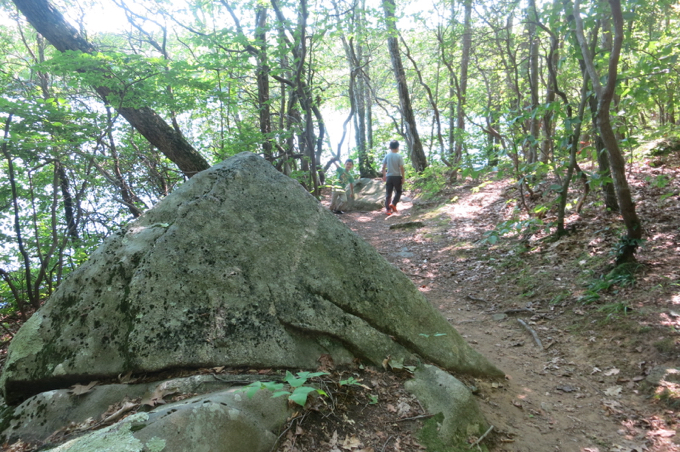 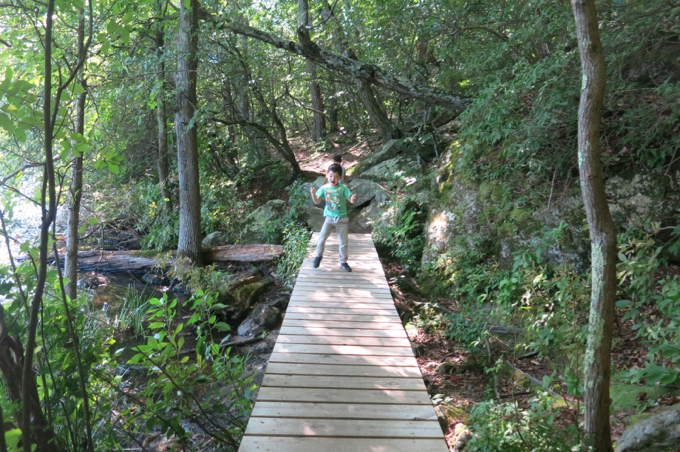 Waiting for Damian to catch up on a bridge. 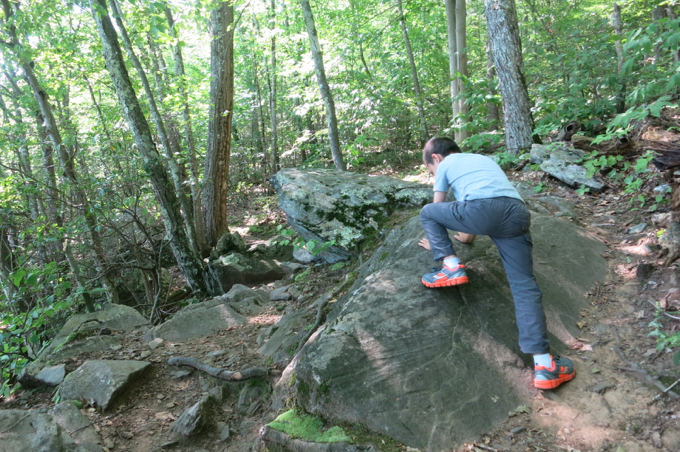 Not the smartest route choice, but I like when he’s adventurous. 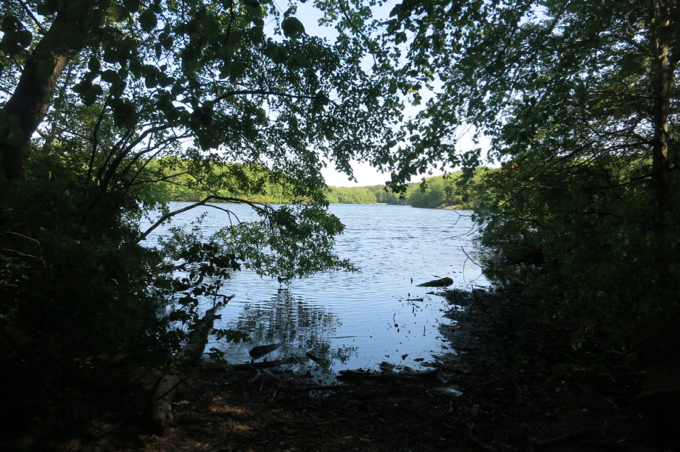 View back across the pond at the official photo spot. 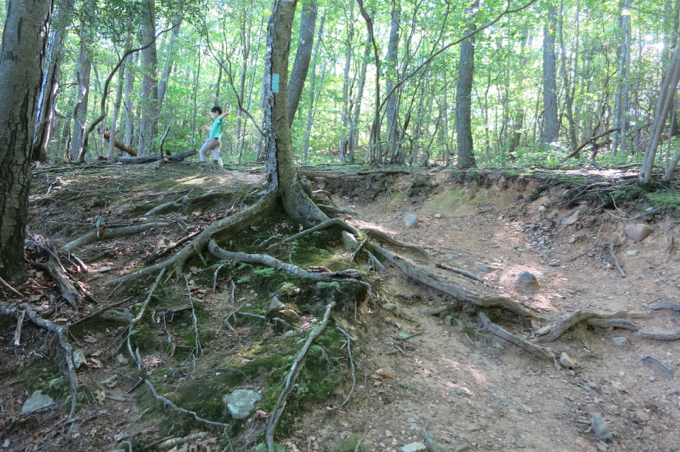 The steepest climb of the day. 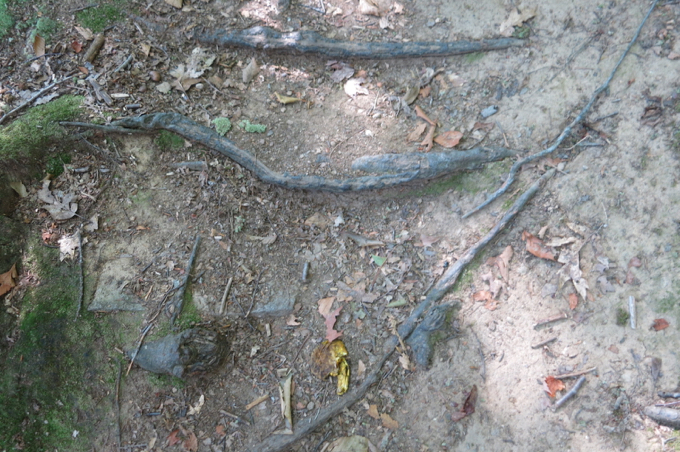 Damian sees things that no one else does. Apparently these roots look like some Japanese character and he was insistent I take a picture. So now you get to see it too. 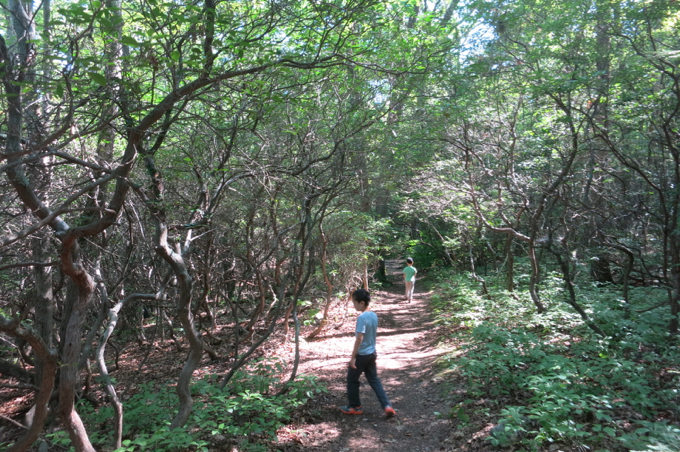 As we neared the end of our hike, the boys became very interested in geology. Calvin spearheaded the effort and peppered me with a ton of questions. “How did these rocks get here? How old are they? What makes rocks? Why are some rocks white and some gray? What the difference between pebbles and rocks and stones and boulders?” On and one he went, and I tried answering them to the best of my ability. 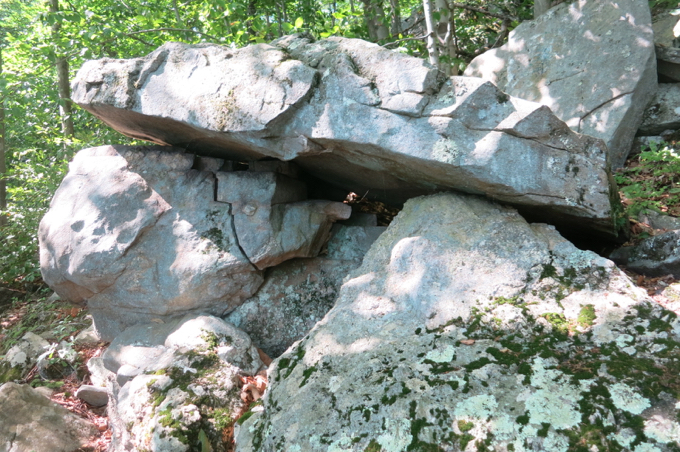 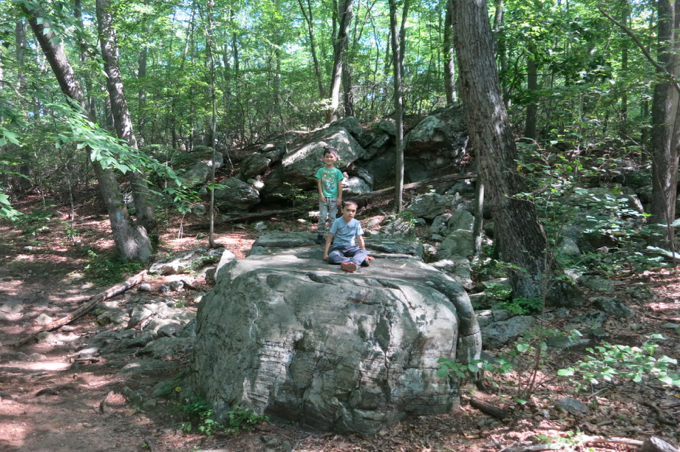 On a big rock 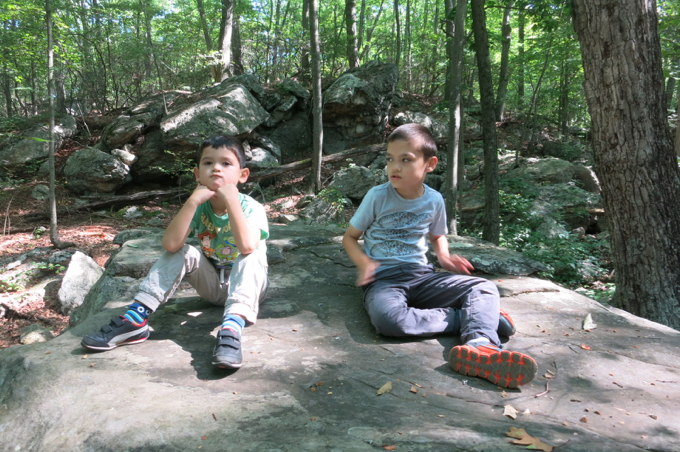 As we finished up, Calvin’s new (and fleeting, it turns out) love of rocks propelled him to want to take a fairly sizeable one home with us. Fortunately for me, a park ranger was there and I gave her the dad look and she knew how to handle it: “You need to leave that rock here because animals need the rocks to hide under!”

Though saddened, Calvin acquiesced to her authority and dropped the rock. 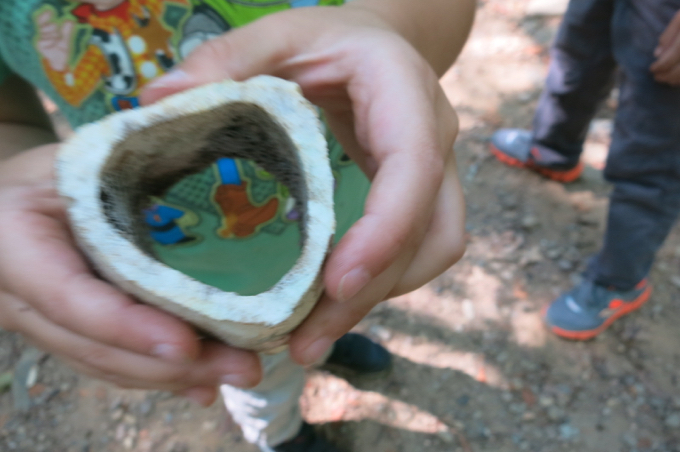 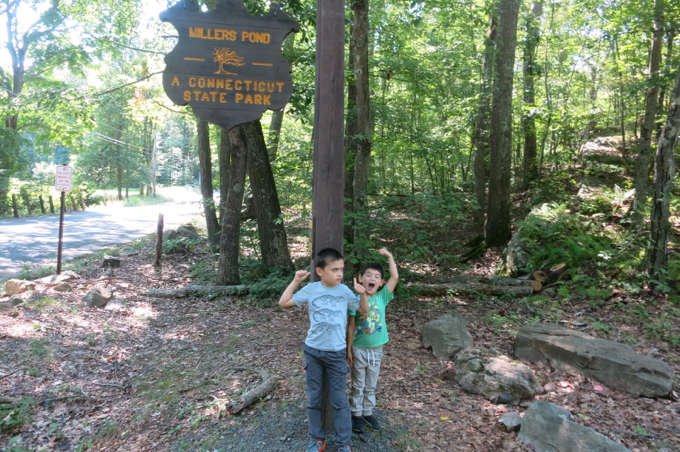