Because I’m somthing of a public servant, I sometimes feel the need to start off a few hike reports with “Don’t hike this hike.” As I explore these tiny little trails around our state, I’m finding a few of these types of hikes here and there. 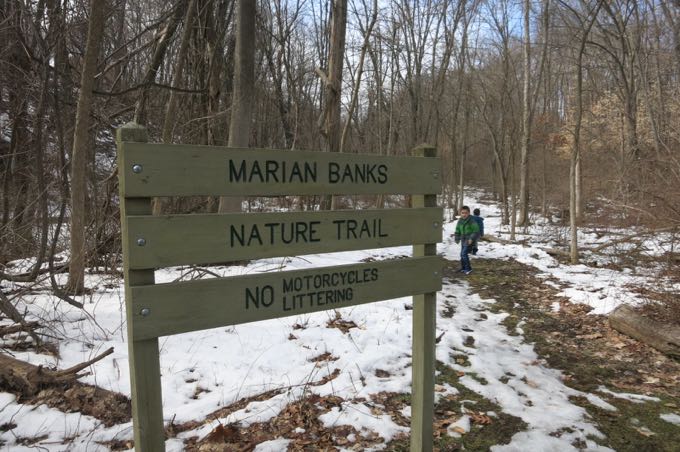 I’m not saying they aren’t cool or shouldn’t exist. They often ARE and usually SHOULD! But, you know, I’m just not sure why in the world you’d want to go out of your way to walk an ugly quarter-mile out and back trek in the middle of Middletown.

That’s what I’m here for. And even better, I subject my sons to this nonsense for your viewing pleasure! 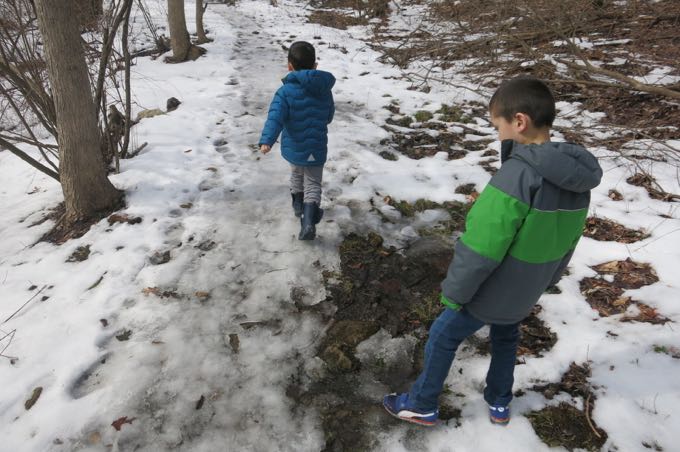 Ravine Park, as I’ve said, is an urban park. Tucked along a polluted creek behind some housing complexes, one finds the Marian Banks Nature Trail. The wonderful Middletown Trail Guide makes it sound so much better though:

Ravine Park occupies 19 acres in central Middletown. The trail runs east/west through the park from Beach Street to Pine Street. Ravine Park is a noteworthy oasis of biodiversity in a relatively densely developed residential area. The park constitutes the northeastern end of a nearly continuous greenway of undeveloped land that extends all the way to Wadsworth State Park in Middlefield. 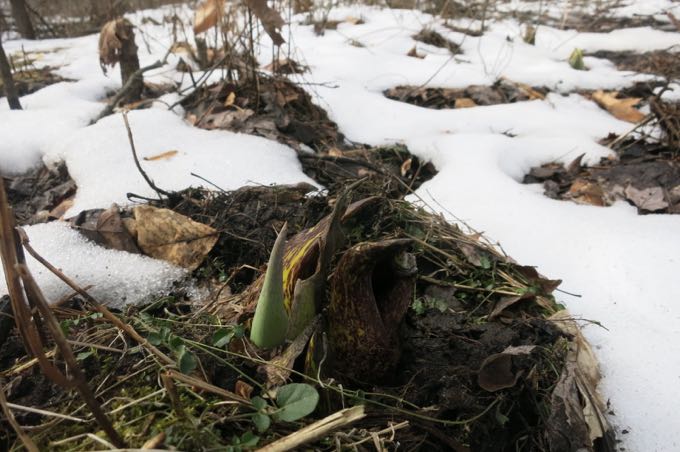 Ah, that’s nice. What else?

Unfortunately, the park has been impacted by human activity. Non-native, invasive species are abundant along the edge of the trail and near the small stream at the bottom of the ravine; these species include Japanese knotweed, multiflora rose, Asiatic bittersweet, Japanese barberry, burning bush, and garlic mustard. Most recently, tropical storm Irene and the October snowstorm of 2011 caused extensive damage near the eastern end of the trail, toppling a dozen or more mature trees. The stream running through the ravine, and the pond at its eastern end near High Street, serve as an important catchment area for storm water runoff, which has increased in volume in recent years due to increased development in the local watershed. Erosion due to stormwater runoff is visible at the western end of the stream, and sediment has accumulated in the pond at the eastern end of the park. 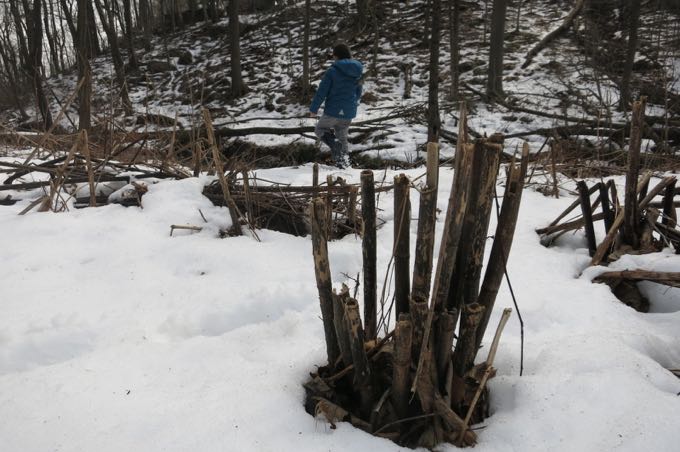 This is not how you kill Japanese knotweed, by the way. Not at all.

We made our way along the (well-cleared) trail and saw almost nothing of interest. Sure, Calvin made his own fun, trying to find the deepest snow and throwing sticks into the creek.

Annnnnd, that was about it. 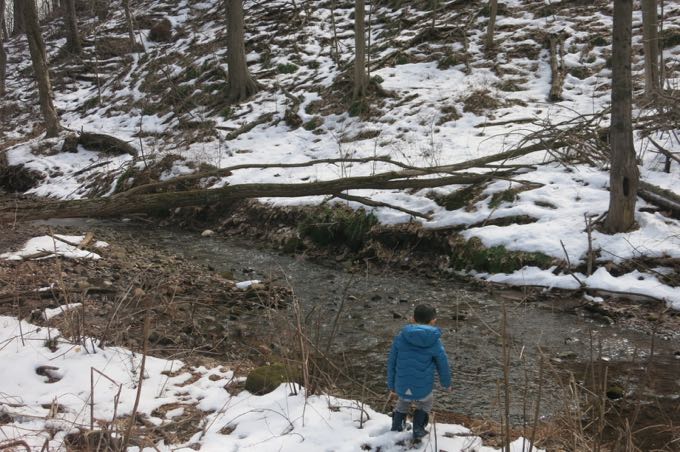 I just learned the ravine itself is called “Pike’s Ravine.” And no, I do not know who Marian Banks or Pike was. 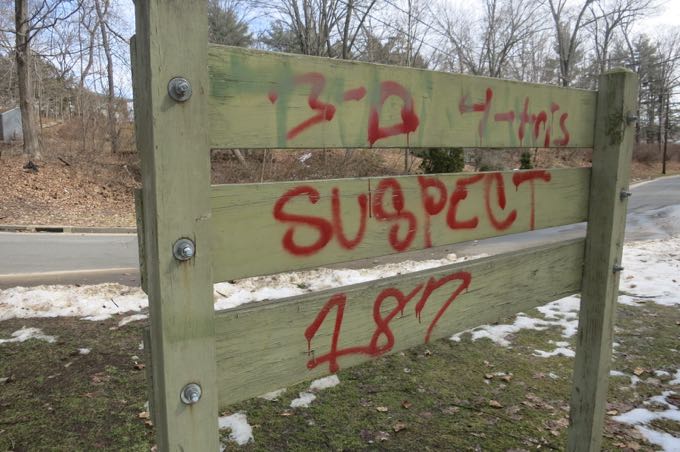