This is the stuff for which I get up at 4:30AM to drive a two-hour round trip on several occasions. To become a Steep Rock Hiker’s Challenge completer! While finishing up on becoming a Giant Master (see here), I felt it was time to pick up another reward-driven series of hikes. Surely you’re all very aware of what it is to be a (Cat)35er or an (ADK)46er, but what’s a SR36er? (I hope to be all three someday, as well as a NH48er and a NEHHer, but I digress). 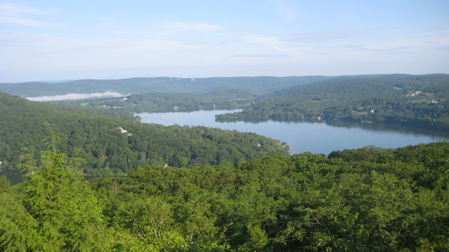 Note: In the early spring of 2012, the Steep Rock Association changed up its challenge a bit. It used to be called the Steep Rock 36er – highlighting the 36 miles of trails to hike for completion. But since they have added a few more miles with the intent to add more, and with a foresight rarely seen in these types of hiking/peak-bagging challenges, they changed things. And so, because I love them so much, I’ll make the effort to change my Steep Rock pages to reflect current times. It is now called the Hiker Challenge.

Out in the quiet and quintessentially New England town of Washington there is a series of protected preserves collectively called the Steep Rock Preserves. There are a bunch of trails within each – 40 miles of them now, subject to change – and the challenge here is to hike every one of those miles after becoming a Steep Rock member for 40 bucks (as of the time of this writing). 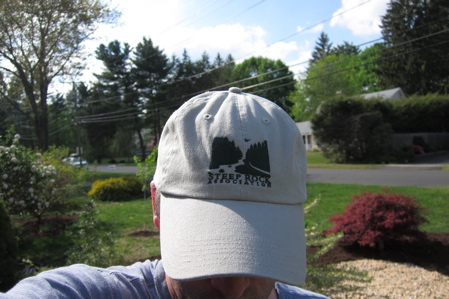 You may bristle at that at first, but let me tell you off the bat that you’ll get: A minimum of 18 hours of hiking entertainment for that money. That’s $2 an hour. Seems more than reasonable to me. Furthermore, the trails in Steep Rock are impeccable. Your donation will be very well spent. Plus, upon joining, you get a hat. A very nice hat. I’m not a hat guy at all, but I like the Steep Rock hat. Upon completion, you get a lapel pin and a certificate. They used to have a luncheon too, but I’m not sure that still happens. It probably will for me, because I’m cooler than you are, but that’s just the way it goes. 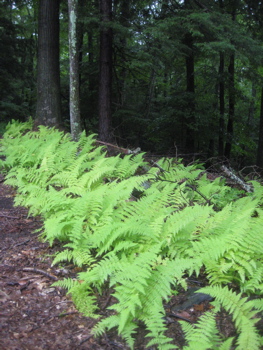 The history of Steep Rock is pretty cool. They are one of the oldest land trusts in Connecticut and much of the land was preserved well before preserving such things was a thing to do. From the Steep Rockers themselves:

In the Spring of 1889, just as he was about to break ground on his own country house in Washington, Connecticut, the architect Ehrick Rossiter discovered that the wooded hillsides in his dramatic view to the west were slated for clear cutting. For him, there was only one thing to do. Using the construction money for the house, he bought the threatened land from the timber company and saved forever the 100 acres that now form the heart of the Steep Rock reservation. During his 36 years of ownership, Rossiter built carriage roads and small river crossings and invited his friends and fellow townspeople to enjoy the wild beauty of this section of the Shepaug River Valley. In 1925 Rossiter donated the land, which included the Steep Rock overlook, to a carefully chosen group of trustees, thus ensuring its preservation. Four years later the trustees purchased the area known as the Clam Shell, and in doing so preserved the view from Steep Rock.

With little of the fanfare that sometimes surrounds such efforts today, these ten people quietly established a public land trust long before the idea of land protection became common. Since then, many landowners have given additional tracts to the Steep Rock Association, and today Steep Rock’s holdings include over 2,700 acres. 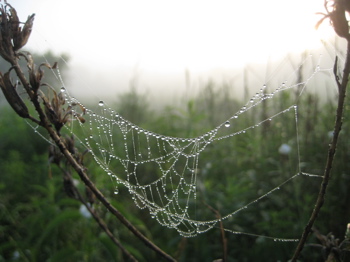 That’s pretty rad. There are three distinct properties to hike: Hidden Valley, Steep Rock and Macricostas and the trails are not like they are in other places. Many are not blazed* – but this isn’t a bad thing at all. (You can check the maps yourself at the links below.) There are several “main” blazed trails, but there are also a whole bunch of criss-crossing connectors and side trails that are also required hiking for any completist. No, you can’t just go hike a few loops and be done with it; you either have to plan hyper-efficiently (my forte) or be leisurely about it all – backtracking and re-hiking several little sections. Regardless of your method, clear-headed map reading skills are required. But this challenge really lends itself to the “hike your own hike” mantra I came to love on the AT (GA-ME 97).

*Another 2012 change is that they will be blazing all the challenge trails. I’m okay with that, as long as they do it intelligently.

At the time I started this (June 2011), there were maybe 40 people listed as being 36ers/Hiker’s Challenge Completers. Check that, four of them are dogs. So this is a pretty select little group.