According to one map, I just learned that the Farmington River through Simsbury and East Granby is actually entirely Simsbury’s. Huh. That’s not usually the case – and I’m not sure it’s accurate anyway. Something I’ve known now for several years is that the Connecticut Waterfalls guidebook often includes non-waterfalls. The so-called Tariffville Cascades would be one such non-waterfall. 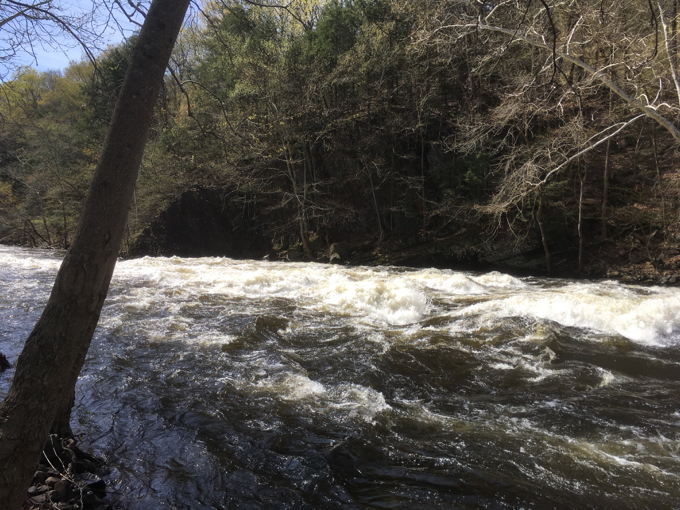 But at least the guidebook admits as much right off the bat.

“The Falls” – more dynamic rapids than cascades – are located on a section of the Farmington River earlier known as the Tunxis River. It was here where the power of moving water carved out an immense, 1.5-mile-long chasm called the Tariffville Gorge.

The 81-mile Farmington River, designated a natural and scenic river, rises from its west branch near Becket, Massachusetts, and east branch at the Barkhamsted Reservoir, and flows into the Connecticut River at Windsor. From the earliest times, the Farmington River proved to be so swift and deep that the river could only be safely forded at “The Falls” in Tariffville, and then only during low water.

More recently the gorge has become a favorite playground for whitewater paddlers, facilitated by a consistent flow of water throughout most of the year and coupled with the river’s tendency not to freeze over in the winter. Sections are Class III and Class IV. 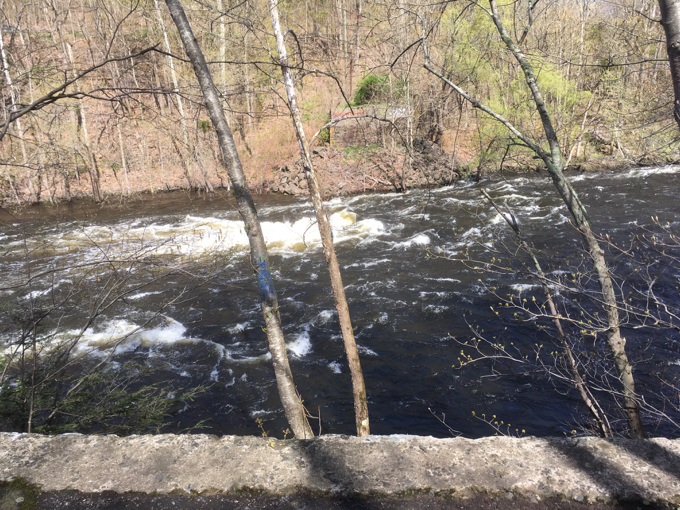 A reason that this section of river was included is now gone: The Spoonville Dam. This old concrete structure was breached in the Flood of 1955 and just sat, useless, for almost 60 years before it was finally removed in 2012. Here’s what it looked like before removal: 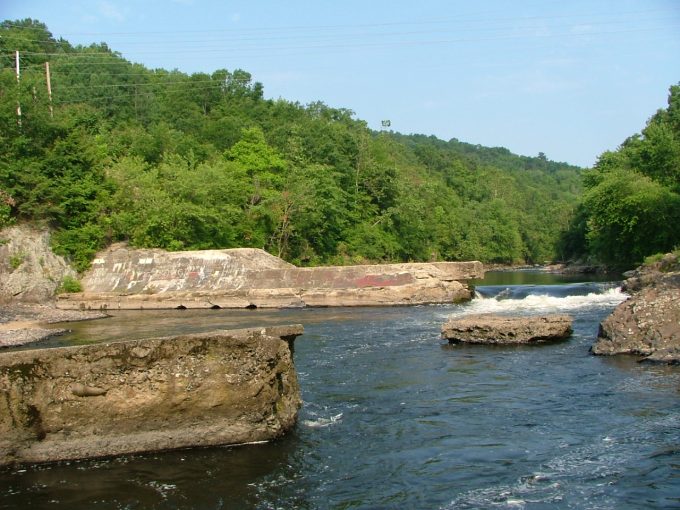 I include that because the book includes that little cascade on the right-hand side as part of their justification for inclusion. And now it’s gone – which is good.

The best access to the falls is to drive to the end of Tunxis Avenue in East Granby (Use your GPS, as it’s a bit confusing to get to) and to then walk the short paths up and down the Farmington. The land here is Eversource Land Trust land, which I actually explored enough to write about. 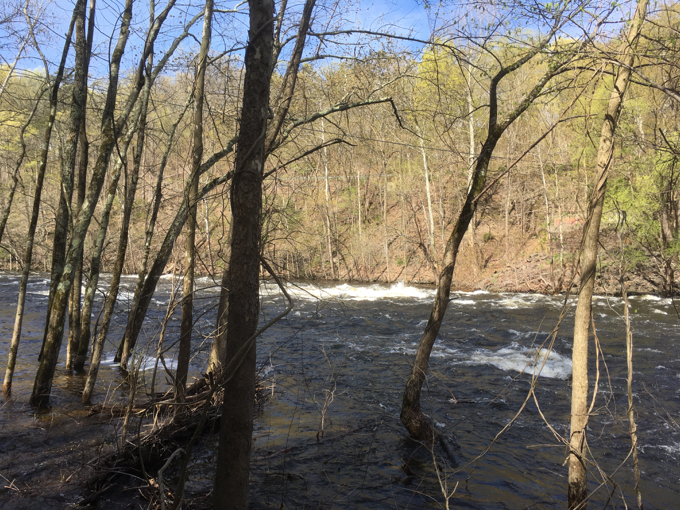 It’s a pretty area, even with the giant power line cutting through it. It is a gorge, insofar as Connecticut gorges go, and the river is always running here. While I wouldn’t include it in the next edition of the guide book, it’s still a cool area. 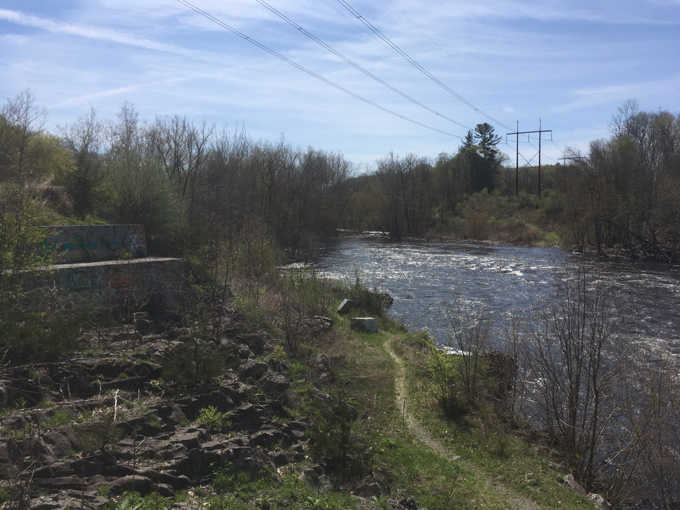