CTMQ > Everything Else > Houses, Communities, Libraries, & Businesses > The Oldest Public Library in the US

US Firsts in Connecticut excite me. Even if they are narrowly defined and a bit sketchy. And if you know me, you know I loves me some libraries. 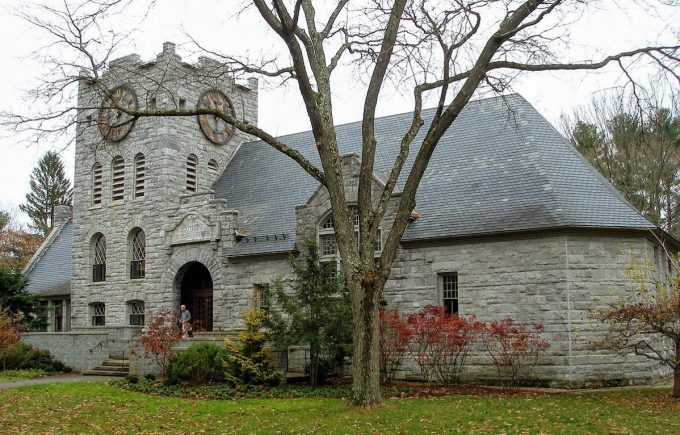 On a drive east from New York on US 44, I crossed the border from New York into Salisbury. Bucolic Salisbury… which, by the way, is an Appalachian Trail “trail town.” AT Thru-Hikers usually say two things about their time in Connecticut: 1. The Trail is immaculately maintained and 2. The trail towns are overpriced, unfriendly yuppie-infested rich-villes.

Hm. Both are pretty much accurate but Salisbury is cool for the thru-hiker because the trail takes hikers within a quarter mile of “downtown” – perfect for a resupply point. I mention this because I ran into a southbound thru-hiker during my visit to the oldest public library in the US…

Scoville is kind enough to let thrus use their computers to connect with friends which – as one who loves libraries (free stuff!) and US Firsts in Connecticut AND the thru-hiking community, I may have to put Scoville Memorial on top of my “favorite Library” list. If there was such a list, that is. 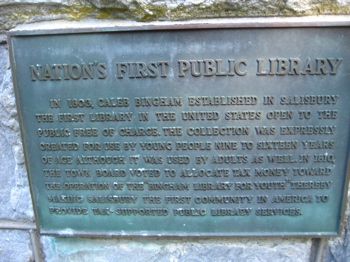 I gave the kid some homemade blueberry muffins, a Diet Coke, and some trail mix I had in my car (leftover from a just completed a hike in the Catskills) and went back to check out the library.

It’s an absolutely beautiful building. In 1771, Richard Smith made a deal with the town of Salisbury: he would bring 200 books from London if a sufficient number of citizens would subsidize the purchase. This was an offer they couldn’t resist; thirty-nine people contributed funds, and thus the Smith Library was born. In the preamble to the regulations of their new library, the original subscribers set forth their reasons for accepting Smith’s offer:

Whereas, we the subscribers looking upon it consistent with our duty to promote and encourage every rational Plan that may be proposed for the Encouragement of true religion; for the Promoting of Virtue, Education, and Learning; for the Discouragement of Vice and Immorality…a Library of Books on Divinity, Philosophy, and History, &c. may be conducive to bring to pass the above laudable design… 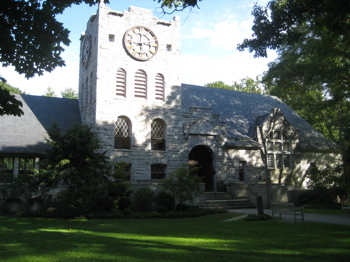 Over the next century, the Salisbury free library evolved. In 1805, a gift of books from Caleb Bingham, a Salisbury native, created the Bingham Library for Youth, followed by the Church Library, the gift of Miss Harriet Church. In time, these various collections, along with additional purchases, were gathered together and housed at the Town Hall.

In the early 1890s, Jonathan Scoville, another Salisbury native, left $12,000 in his will for a library building. This bequest, together with contributions from other Scoville family members, financed the construction of a gray granite building, built from native stone quarried near Lion’s Head Road. Miss Grace Scoville donated a tower clock, which continues to chime the quarter hours with four, eight, twelve, and sixteen notes from “Parsifal”. 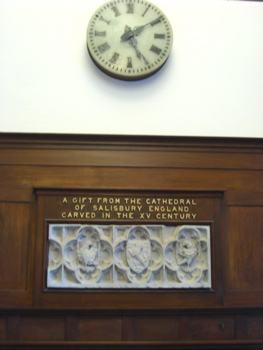 Another cool facet of the library is inside: A 15th Century stone carving, sent by Salisbury Cathedral in England, placed over the fireplace at the far end of the reading room, where it remains today.

The Scoville Memorial Library (right on Route 44 in the center of Salisbury) is definitely a cool and obviously unique stop in Connecticut. “Check it out!” (Get it?)

Addendum: Okay bibliophiles, don’t get your knickers in a twist. Other libraries make similar claims, but there is always a distinction. The Redwood Library and Athenaeum in Rhode Island is the oldest “lending library” in the nation. I guess it was private for a while or the Scoville didn’t lend out books. The more famous Library Company started by Ben Franklin in Philly is much older, but they stopped lending books a while back. 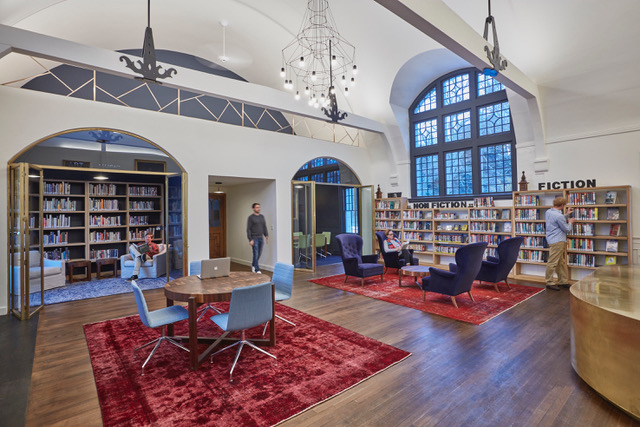