CTMQ > Everything Else > Civil Engineering > The Bulkeley Bridge

It Certainly Has Some Bulk To It
Worlds Largest Stone Arch Bridge*
Bulkeley Bridge, Hartford/East Hartford 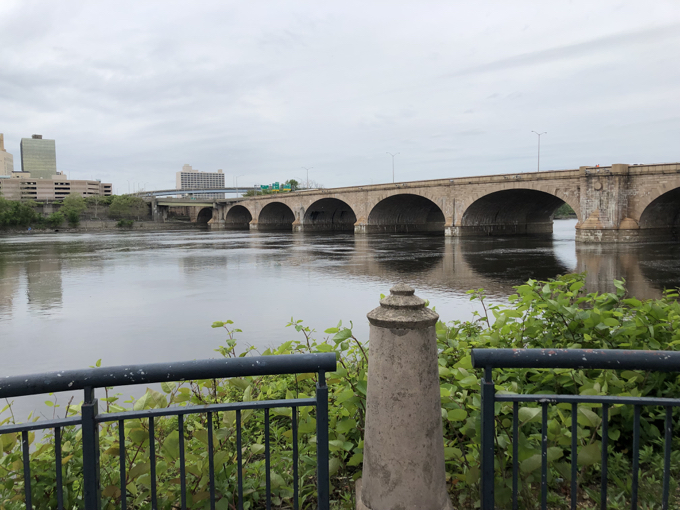 Who says Hartford doesn’t have claims to fame beyond insurance giants, Mark Twain and Samuel Colt? Not I! And I’m not just talking about such important things as the largest colonial building in the world either.

No, I’m talking about the world’s largest stone arch bridge! I’d bet that almost every Nutmegger reading this has driven (or slowly crawled) over the Bulkeley Bridge at some point in their lives. And now, you’ll have something cool to tell your poor kids about it the next time you do. Much of the following is from PAST.inc.

In fact, you can now get cool views of the bridge from Great River Park in East Hartford and Riverfront Recapture in Hartford. The Lincoln Sculpture Walk on both sides, connected by the Bulkeley, is worth your time and effort. 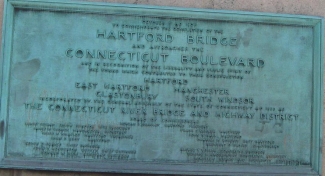 In 1926 one of the Bulkeley Bridge’s engineers speculated, probably correctly, that it was the last monumental stone bridge that would ever be built. Within a few years of its conception, concrete and steel had entirely replaced stone in the construction of large bridges. Not only was it the last of its kind, but also in many ways the Bulkeley Bridge was one of the greatest.

Five of its spans are longer than any of the other stone arches in the state; 100,000 cubic yards of pink and gray granite were consumed in its construction; the tolerances for the stone-cutting were unbelievably close (less than 3/8″ over the whole face of a 10-ton block); and its total cost, some $3 million, made it for many years the most expensive bridge built in Connecticut. Four people perished during construction, and the chief engineer, Edwin Dwight Graves, suffered a nervous breakdown from which he never recovered. 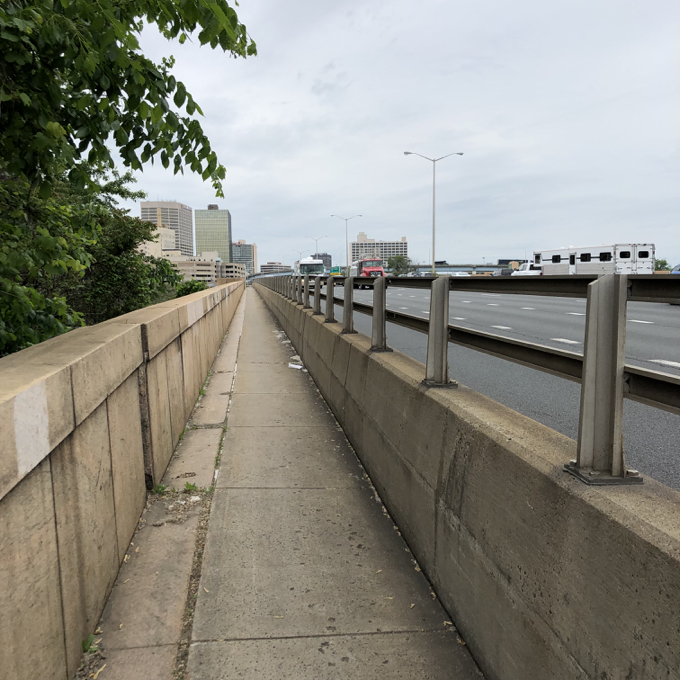 The Bulkeley Bridge was built to replace Hartford’s 1818 covered bridge, which burned in 1895. Hartford’s civic and business leaders were determined that the new bridge would be “an ornament to the city which should endure forever.” To create a proper setting, the bridge commission tore down rows of tenements and constructed wide, landscaped approach boulevards on both sides of the river. In designing the bridge, the architect and engineer studied numerous ancient European bridges, and they decided that uncomplicated geometry and restrained architectural detailing would create the proper sense of “strength, beauty and dignity.” The Bulkeley Bridge’s tremendous scale, plain but graceful lines, arched form, and simple Classical ornament make it one of the state’s pre-eminent examples of Neo-Classical architecture. 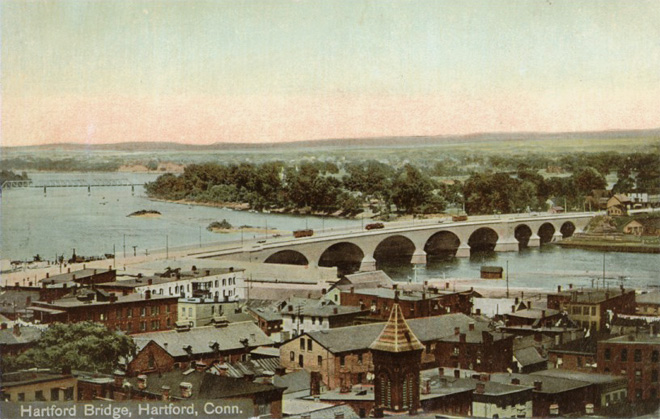 So why “Bulkeley?” Well, if you dutifully clicked the link above to the largest colonial building in the world, you learned that not only was Morgan Bulkeley a former Aetna president, but also a former governor, U. S. Senator, and the first president of the National League. He’s in the baseball hall of fame. He was an early proponent of the bridge and chairman of the special commission created by the State Legislature to oversee its construction. After his death in 1922, the bridge, originally known simply as the Hartford Bridge, was renamed in his honor. 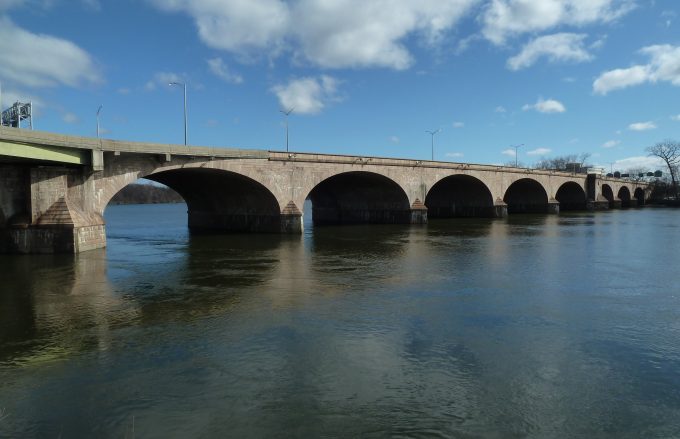