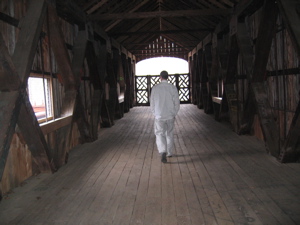 So there I was, staring at an unused bridge in semi-rural Connecticut with my wife, son, and friend of CTMQ, Becky – not sure what our next move was. We had just come from the nearby Chatham Historical Society Museum and were eager for some more CTMQ action. It was rather brisk and gray and, well… there really isn’t a whole heck of a lot to do. 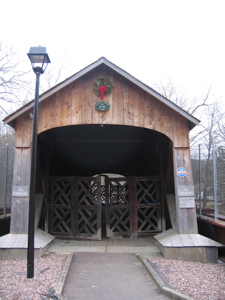 The Chatham Historical Society site says, “Built in 1791 and named by General Comstock, the bridge spans the Salmon River and connects East Hampton to Colchester.” Fair enough… though 20 minutes of Googling “General Comstock” and then variations on the theme came up dry. I’m sorry to say that the mystery of who/which General Comstock the bridge was named after will remain a mystery*. 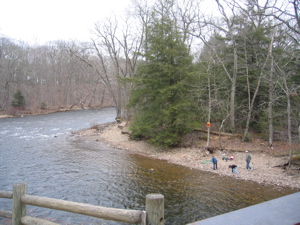 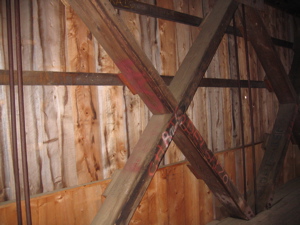 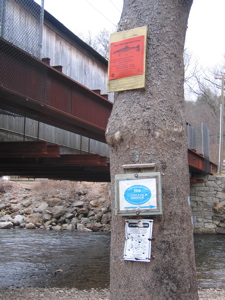 Trout fishing season didn’t open for a few more weeks (4/21/07) and I knew when that happens, this bucolic little park would be a madhouse. So with that in mind, we slowly crossed back over the bridge, took one last look, and headed home. On the way, Hoang and I were reminded why we chose not to live in these parts… Hunting defenseless deer sounds boring enough to us, but this? This is just ridiculous: 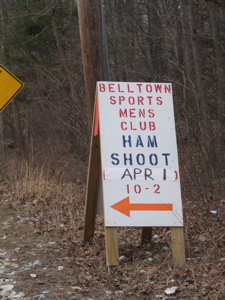 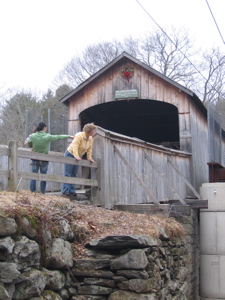 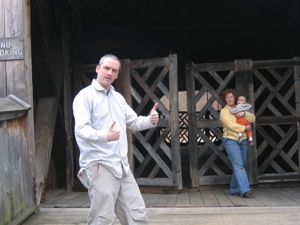