Throw this book onto the pile of books that I was to have read in my youth but somehow never did. I think there are about 20 of those books on this list. If I recall correctly, I think I was supposed to read this in 10th grade… But I didn’t. I’m not sure I read any more than 10 pages of it back then.

But now with adulthood comes maturity and a sense of duty to the Top 100 books. And guess what? I didn’t hate it. I thought I would – all the way up until about halfway through it, but then the pacing and focus of the book changed and I really enjoyed the second half. Oh sure, literary types will explain how the first half mirrors the frenetic “ragtime” musical pacing and then it switches to a slower “jazz age” pace… Which I guess sounds more intelligent than anything I’d come up with, so I guess we’ll stick with it. 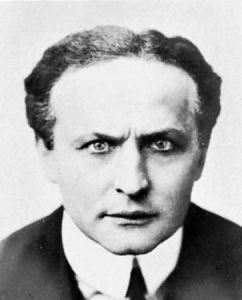 “Ragtime” has been made into a movie and a musical, so perhaps you’re familiar with those offerings. The story follows the doings of three groups of people during the early 20th century in and around New York City: A family from New Rochelle who never get named, a Jewish immigrant and his daughter, and an educated black pianist named Coalhouse Walker, Jr. Their stories and lives intertwine in interesting ways; their successes and failures somehow dependent on the others. And ultimately, a tragedy unites them before breaking them up again – through death.

Okay, so that all sounds pretty good, right? And it is… the problem, at least in the first 200 pages or so, is Doctorow’s strange proclivity to weave in historical figures of the day. A few “appearances” are completely useless and frankly, annoying (Sigmund Freud and Carl Jung). Others that pop in and out just sort of made me scratch my head and wonder why they were necessary.

But like I said, that gimmick cools halfway through and the book really focuses on the real story – the injustices racist firemen foist upon Coalhouse Walker (who’s baby’s mama lived with the unnamed family) and his hyper-violent attempt at retribution/vigilante justice.

Porter was a well spoken and proper gentleman, but his nice new Model T was destroyed by a bunch of jerks for no reason other than his being black. Doctorow cleverly writes here, because readers begin to side with Walker – who has murdered about 10 people in his revenge. The story of Walker’s plight touches on many other pieces of history from the time; yellow journalism, the lead up to WWI, attitudes towards immigrants, the dawning age of the automobile – on and on.

Harry Houdini appears throughout (one of my historical heroes) and he is portrayed very true to life. Especially towards the end of his career when he made it his mission to expose “psychics” and mediums and all sorts of flim-flam (which continues unabated to this day). So I checked on a bunch of the other people and for the most part, their stories in Ragtime rang true, which is pretty cool.

The book is a very fast read. But, like I said, the first half is really not very good. Characters and stories just pop in and out and historical figures are just thrown onto pages and connected to the book’s characters so tenuously it’s seems quite juvenile. In fact, at one point I said to Hoang, “I could have written this book.”

But by the end, I no longer felt that way – which is somewhat ironic because without directly mentioning it, “Ragtime” is about the American Dream and if mine is to write a book… then I should feel that way and… okay, I’ll shut up now.