I really enjoyed this National Historic Landmark. For one thing, the drive to (and from) it through Easton is beautiful. (Seriously, we drove from this house over to Helen Keller’s house and it felt like we were in Maine or something), but the whole story of the heretofore unknown-to-me Ida Tarbell is pretty cool. 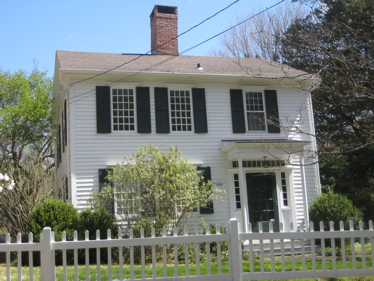 There it is. The Ida Tarbell House.

My wife and son loved hearing all about it.

There is no point in my rewriting it myself, so I’ll just copy and paste from more reputable sources.

First, the National Park Service who is responsible for naming these NHL sites:

From 1906 to 1944, this was the home of Ida Tarbell (1857-1944), one of the pioneers of contemporary journalism and literary biography. Tarbell grew up in Pennsylvania oil towns, witnessing first-hand the corrupt practices of large corporations. As a journalist working for McClure’s Magazine, Tarbell’s reputation was established by biographical series on Napoleon and Lincoln, and sealed by a series on the development of the Standard Oil, which was later published as the two-volume History of Standard Oil. Tarbell and other journalists such as Lincoln Steffens and Upton Sinclair, who set aside bland objectivity and focused on grave social problems from a stance of deep moral concern, were termed “muckrakers” by President Theodore Roosevelt.

Ida’s on a US stamp! She’s been inducted in the National Women’s Hall of Fame! Here’s a bit more meat about ol’ Ida, from Allegheny College.

Investigative journalism is the contemporary journalist’s path to fame and fortune and the competition is fierce. Success in uncovering misdeeds by the rich and powerful can mean instant fame, TV talk shows, and perhaps a movie. With such rewards, the temptation is great to exaggerate the sin, omit relevant facts, and follow only those leads that may confirm the evil deed. Such lapses will go unnoticed by most readers and ignored by those who celebrate scandal and enjoy higher profits. 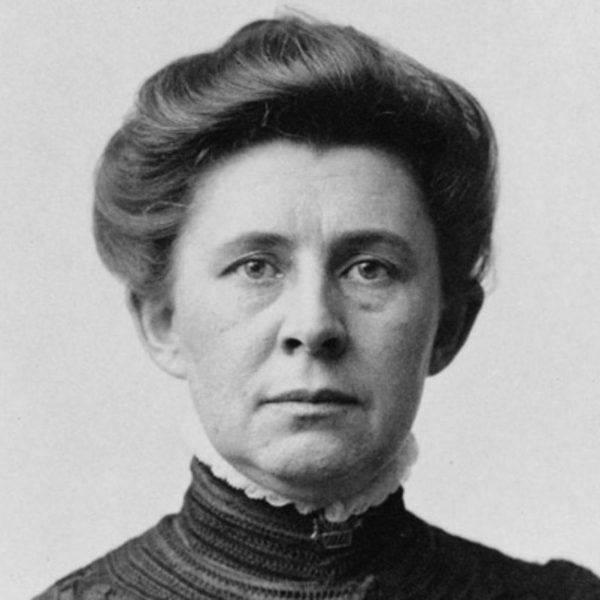 Ida Tarbell (1857-1944), the sole woman in Allegheny College’s class of 1880, was America’s first great woman journalist. She set an example that today’s practitioners would do well to emulate. A relentless pursuit of all the facts and fairness in presenting them marked her writing throughout her career. She also refused to exploit her professional accomplishments for monetary gain or celebrity status.

In her first major work Miss Tarbell studied Madame Roland to confirm her view that women brought moderation and compassion to politics. After completing her research she reluctantly concluded that Madame Roland had behaved during the French Revolution much as men had. This conclusion no doubt contributed to her later, and unpopular, rejection of some positions of the suffragettes, particularly their insistence that men had corrupted the world and women could straighten it out.

In her most famous work, The History of the Standard Oil Company (which oil historian Daniel Yergin called the “most important business book ever written”), Miss Tarbell revealed, after years of painstaking research, the illegal means used by John D. Rockefeller to monopolize the early oil industry. Yet Miss Tarbell interspersed in her condemnation of Standard Oil’s illegal practices, praise for Rockefeller’s enormous accomplishments in organizing and stabilizing a volatile industry. She rejected being labeled a “muckraker” (despite its popularity), because “I was convinced that in the long run the public they were trying to stir would weary of vituperation, that if you were to secure permanent results the mind must be convinced.” 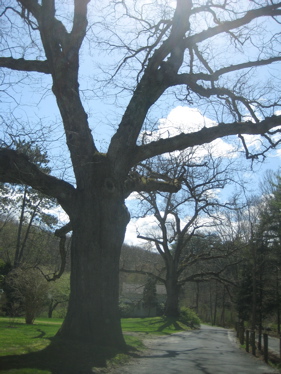 Here’s a tree from the driveway.

Ida Tarbell had many opportunities to capitalize on her reputation as one of America’s most respected journalists. Instead, she rejected the pleas of the suffragettes to endorse their causes because they contradicted her own convictions about the role of women. In 1914, Henry Ford and others tried unsuccessfully to have her join the celebrity-laden “Peace Ship” to bring an end to World War I. She considered it totally unrealistic and said so. In late 1916, she turned down President Wilson’s offer to make her the first woman on the Tariff Commission because he believed she had written more common sense about the tariff than any man. Finally, she put off writing her autobiography until she was eighty years old, and even then it was a work of such modesty and self-effacement that it added little to her popularity.

The lasting results of Ida Tarbell’s brand of investigative journalism, which include the 1911 Supreme Court decision to break up the Standard Oil trust, suggest that her career, characterized by thoroughness, fairness, and intellectual integrity, should be studied by any journalist more interested in recording and influencing events that achieving celebrity status.