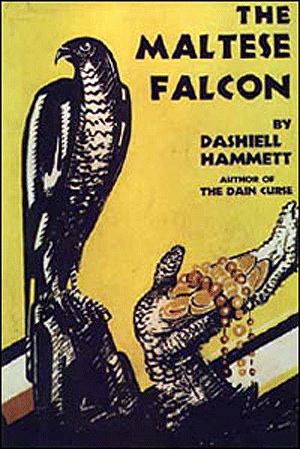 I read an article a couple weeks ago lamenting the current state of television with respect to the asinine obsession with ridiculous plot twists and shocking (for the sake of shocking) surprises. I didn’t watch Lost but know enough to know that I agree with that show being a prime example. (The Killing, I think, was another.)

I could mention how my wife and I actually watch some “reality competition” television and how some shows we enjoy introduce twists deftly (Survivor), some we enjoy do it horribly (Top Chef), some shows we used to enjoy destroy their franchise with them (Amazing Race) and some shows we hate but enjoy do it just for the sake of being stupid but funny (ahemBigBrotherahem).

Of course all like plot twists when they make sense. And those in The Maltese Falcon generally do. But there are just SO MANY of them. And the biggest swerve of all, near the end, left me a little angry and more than a bit annoyed.

Allow me to back up for a minute… I have never seen the famous movie adapted from the book so I have no idea how true to it it is. Certainly, though, the final surprise is in the movie but I’ll do something rare here on the CTMQ book review pages and not reveal what that is. I don’t know why, as I can’t imagine anyone reading this doesn’t know it already. But whatever.

I rather enjoyed Hammett’s writing style: pure pot-boiling action on every page. Falcon is written in the third-person which works well for a crime novel in my opinion. The language, as you almost surely know, is that choppy direct 1930’s gangster style. You know the kind – it’s what you and your significant other do around each other when you have a cigar hanging from your mouth. Yeah, see, that’s what I’m talkin’ about, doll.

Sam Spade is no-nonsense a private dick in San Francisco who is contracted by a hot dame to help her out. That hot dame is some kind of mess but uses her wiles and looks to convince Spade to go along with her charade.

Two murders occur at the outset which plunges Spade into a murky world populated by caricature criminals and over-eager coppers all set to deceive and/or hurt Spade. At the center of all this intrigue is, of course, the stupid Maltese Falcon, a little bejeweled statuette with a crazy backstory said to be worth millions. Certainly worth enough to commit… MURRR-DERRR.

As the story is told, we the reader never know what’s the truth and what is not. Even Spade keeps his opinions secret from us. This is a fun ploy for a while, but like I said, it gets a little stale by the end. When someone turns out to be not who we thought they were, and Spade is all, “Yeah, I knew that,” we kind of roll our eyes. 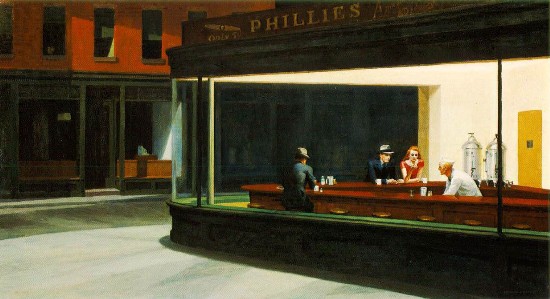 While I ultimately did enjoy the book and found it compelling and even exciting at times, it is corny (the fat guy is named Mr. Gutman and the effete guy from somewhere around Egypt is named Joe Cairo) and laughably misogynistic and bombastic at times.

And yet, all that can be forgiven because that is simply the style of the book. What can’t be forgiven, by me, is the fact that the stupid bird is… Oh, you know. Right?