We made it! The famous 2004 individual time trial stage straight up L’Alpe d’Huez. It’s is referenced to this day as one of the largest crowds ever for a sporting event – they like to say there were one million people on L’Alpe that day. Who knows… We woke up pre-dawn, took one of the thousands of shuttles to Bourg d’Oisans-l’Alpe – the small town at the mountain’s base and walked a few miles up the road.

It was an amazing day. Hanging out with the other fans, walking up, up, up the mountain meeting Americans at every turn. Eating cheese and bread and drinking wine for lunch… The only downside was there was NOWHERE for Hoang to relieve herself ALL DAY. With a million people around and no trees or cars to hide behind, it was a bit of a nightmare. But to her credit, she survived and I won’t tell you about the port-o-let at the bottom of the mountain she had to enter. 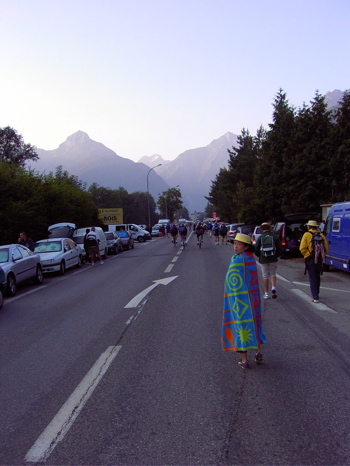 Crack of dawn and somehow my Asian wife in the Alps looks like a Peruvian farmer in the Andes. 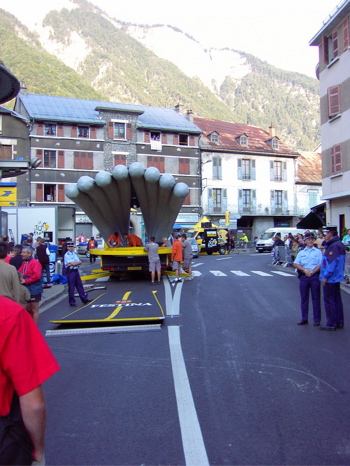 The start in Bourg d’Oisans-l’Alpe way before the start. 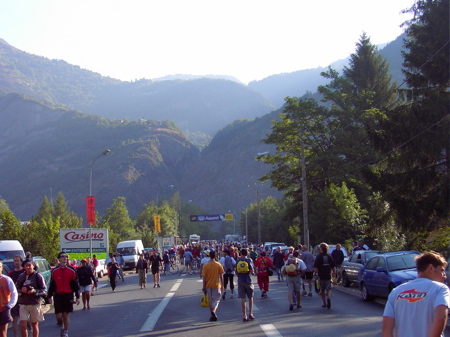 The 25K marker as we begin our trek 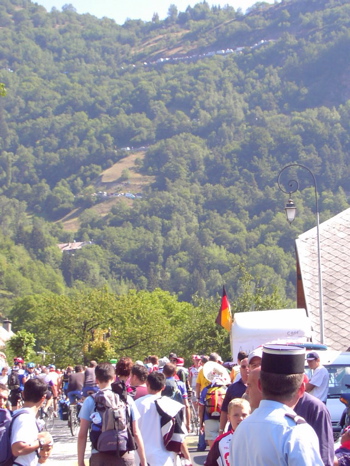 If you look closely, you can see the first few switchbacks on the mountain. 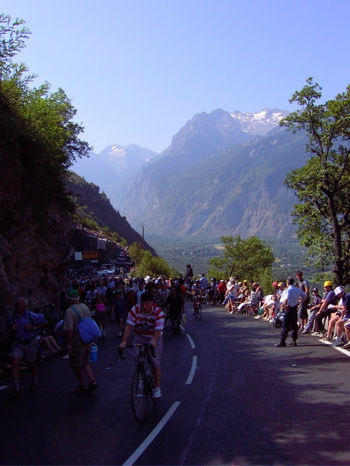 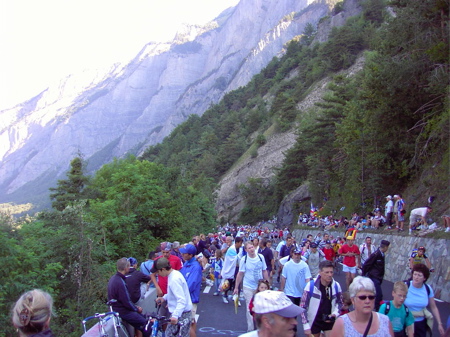 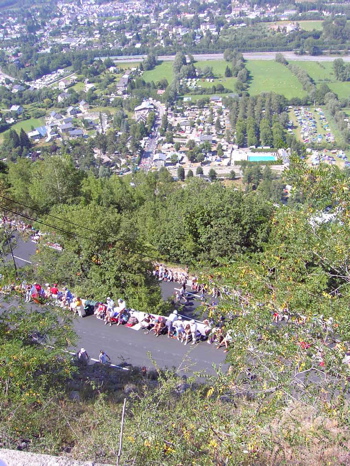 This gives some idea of the steepness of this thing… and you can see the start town down there too. 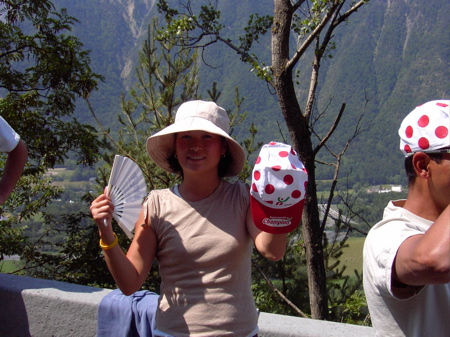 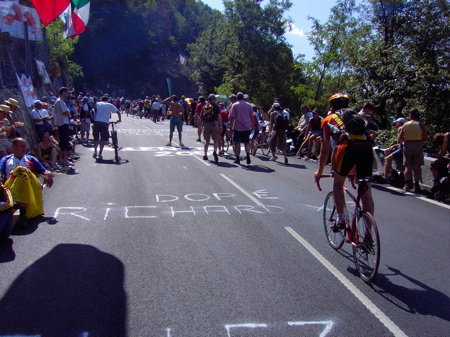 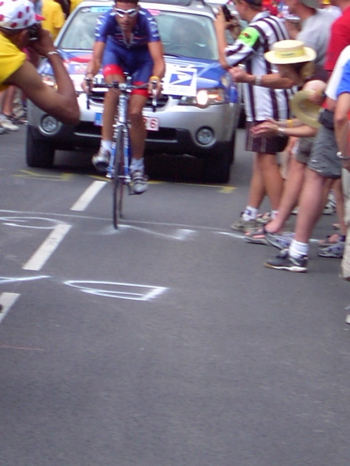 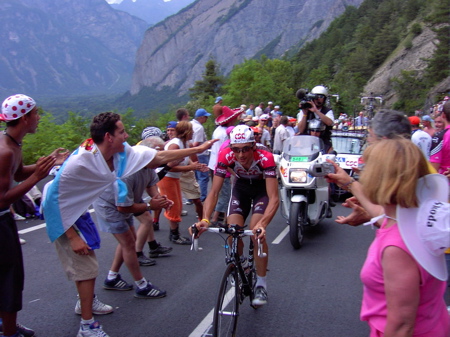 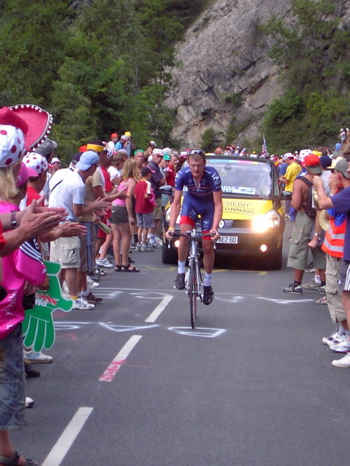 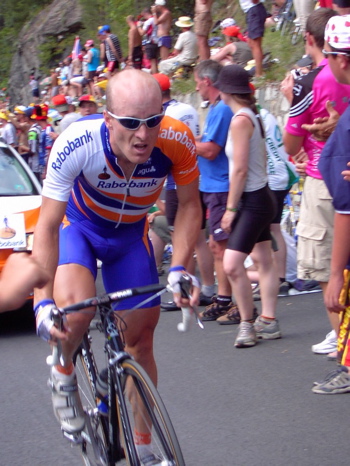 Gotta give Levi some love, busted and admitted doper. 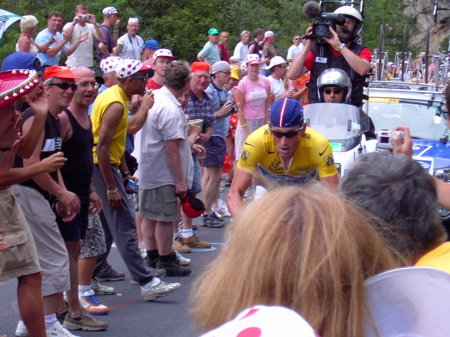 And yes, there’s Lance. We all know his doping story.

Quickly, I LOVE cycling. What these guys go through for their sport is INSANE – and most race from February to November. The TdF is really just another race for most of them – and not necessarily the hardest. I know they all dope; but I also know doping in cycling is often not what people think it is – not excusing it. And yes, I knew they were all doping while we cheered them on. Any long time cycling fan knew this stuff. Some do it like morons, like Floyd Landis up there, and some do it very scientifically and “safely,” ahem, Lance.

Anyway, what a day! Afterwards, we raced a million people to the shuttles, got one, hopped in our car and drove over to the next days tiny little Alpine finish town, Le Grand Bornand. The drive was exhausting, as we drove through the most beautiful scenery on earth, but had a couple detours down goat paths for a hundred miles and didn’t arrive to our incredibly bucolic mountainside hotel until dark. We were stuck in some crap room but slept like rocks anyway. And wait til you see what we woke up to the next day…

Continue on to the next day