The Not Really All That Great Gatz
Modern Library # 2
1925, F. Scott Fitzgerald

***See below for a far more interesting reader-submitted review of this book.*** 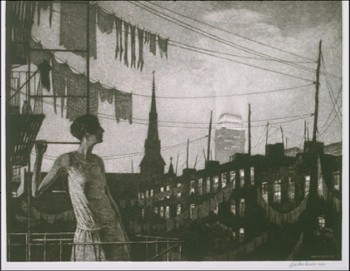 Well, the veil of shame is lifted! The weight of the burden of deceit if off my shoulders! Bully for me, old sport! Not only did I read the book cover to cover finally, but I positively plowed through it. It helped that I was sick – and when I’m sick I just hide away in the upstairs bedroom and quarantine myself. And there’s no television up there… so I read.

I don’t think I really need to recapitulate the story, as again, if you’re reading this I’m positive you’ve read the book. Having read Fitzgerald’s other Top 100 book last year for this project (CTMQ review of “Tender is the Night” here), I had a somewhat unique perspective coming into this book.

That is, that of being slightly jaded to Fitzgerald’s style. I, however, immediately discarded those notions and simply enjoyed the short novel. I always sort of enjoy the idea of a book told by an imperfect narrator – Nick Carraway in this case – where you never know to fully trust him or not.

Nick was friends with Jay Gatsby, but always sort of wary – and for good reason. Okay, here’s the story in 2 run-on sentences: Modest Nick moves to Long Island next to a huge mansion and befriends the owner, Jay Gatsby, who happens to still be in love with nearby Daisy Buchanan (Nick’s cousin) who is married to big lug Tom and also rich beyond belief. Gatsby woos Daisy which upsets Tom and then the married woman Tom is having an affair with is killed which results in both Gatsby and the grieving husband to die.

But the story is ancillary, I think. Fitzgerald was making a comment on the nouveau riche class of the 1920’s and how they ran into conflict with the old money AND the normal and poor folk. There is much symbolism (stealthy and crafty) touching on these class differences and to me, the book is really about the flawed, sad character of Jay Gatsby.

You see, he was really James Gatz from the upper midwest. His riches were illegally gained and he was an incredibly weak and vapid man. The veneer of his indestructibility was only chipped away at by Nick and then Daisy. He made me sad and his huge lavish parties only annoyed me. Gatsby had no morals and felt no remorse for all his pathetic lies and nonsense.

He was socially inept and actually believed his enormous wealth made him a better person than anyone else. I was not upset when he died – but I was for his destitute father when he visited for the funeral which wasn’t attended by anyone else other than Nick, despite all his supposed friends – a piece of the story a felt a little over the top.

The book is excellent and I can see why it’s used in every 10th grade classroom in the world. There are multiple stories beneath the surface and themes and symbols and all that good stuff teachers try to teach.

And I don’t know about you, but I’d love to see this.

Artwork: Martin Lewis, Glow of the City, 1929 – I chose this etching because, to me, it shows the class differences in New York 90 years ago somehow.

Being new to your site, I did not realize that you did book reviews too, so I was surprised to see a review of The Great Gatsby in your latest missive…

I will drag out my English degree credentials just this once to say that I think you missed one of the most important aspects of The Great Gatsby, which is the way Fitzgerald show us what is perhaps the most defining aspect of American Culture – the dichotomy that molds us even today – our desire to achieve the spiritual and our love of wealth and power.

Many of the settlers of this land came to establish a new Jerusalem – a real, actual Heaven on earth. But, they brought with them the ideas of John Calvin who (a simplistic summary) said that wealth and riches were a sign of God’s favor and blessing on earth and that rich people were so because God was rewarding them for their goodness. Without John Calvin, there would be no America as we know it. Before him, riches and money making were not considered godly, but Dr. Calvin legitimized them. However, it is stated clearly in the Bible that one cannot serve both God and money – Either you will love the one and hate the other, or else hate the one and love the other. Give up all you have and follow me.

So, we have a spiritual, religious side that earnestly seeks the salvation of heaven, but we willingly embrace capitalism that is based on GREED, not one of your better human qualities.

Therefore, Gatsby is the perfect symbol of this dichotomy with his attempt to buy spiritual love with wealth, and corrupted wealth at that (though all wealth is corrupt). What is he really looking at when he stands on the dock and looks out over the water at the light on Daisy’s pier – the light of heaven, the love of God, the glint of gold, hope, redemption, the Star of Bethlehem, his soul??

When Nick tells Gatsby that he can’t re-live the past and Gatsby says of course you can, he is saying that wealth can get you to the innocence and simple spiritual love of a child. Gatsby is us and we are him. How we want the spiritual, pure existence, but trade it every day for HD TVs and cars with 18 cup holders.

From the first time I read the Great Gatsby, I felt that is was perhaps the greatest American novel in its clear definition of the essential American character. And that character is still so clearly evident today if you listen for it, and will perhaps always be at central core of our culture. The Dutch Traders looking at the fresh green breast of the new world. And how we have ruined it and created ashes out of paradise.

Fitzgerald show us this over and over in the book. Remember the symbol of the eyes of Dr. T. J. Eckelberg which are mistaken for the Eyes of God, but which are just an ad poster – a product of capitalism.

But, over and above all of that, the idea that is most constantly with me from the Great Gatsby is what Nick’s father tells him before he comes East – Always remember that everyone has not had the advantages that you’ve had. And he is not talking just about money or position or power, but about the knowledge of right and wrong; the knowledge of how to live a decent life; the ability to know one’s self; power to really understand; the capacity to forgive and the strength to find contentment and love in the simple things of life.

Of course, that is just a brief summary and leaves uncovered so much of the book. To really understand the Great Gatsby, you first must understand “The Wasteland” by T.S. Elliot – that is where the ashen grey men come from and the ash wasteland the borders the land of wealth and beauty.

Listen closely to the news and you will hear this same split over and over in the words and the action. Politicians praying to God and then with the next breath giving themselves millions of dollars.