I’m not Monkee-ing around here. 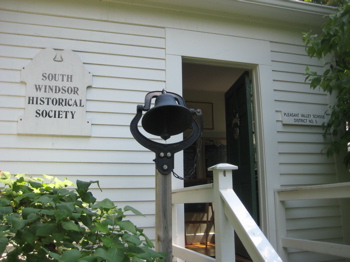 Hey, did you know the song the Monkees made famous (“Pleasant Valley Sunday”) was written by Carole King? I didn’t. But I did know that one of the Monkees, Peter Tork, was raised in the area around Storrs (his father was a UConn Economics professor) and he still – believe it or not – currently lives up there in Storrs.

This is fascinating because really, not many people actually live year-round in Storrs. Want more? Did you know Rivers Cuomo of Weezer was raised on a yoga ashram in Pomfret which then moved to – yup – Storrs, CT where he attended E.O. Smith High School (which is pretty much on the UConn campus) just as Peter Tork did!

(As did Tyler Olander, who has more national championships than Jim Boeheim.) 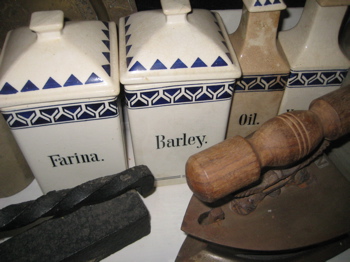 So what do two almost stereotypically nerdy internationally famous rock band members have to do with the Pleasant Valley School museum a few towns to the southwest? Absolutely nothing.

But when you visit the Pleasant Valley School, how in the world can you not have the “Pleasant Valley Sunday” song in your head for a day or two afterwards? And then to not think about Peter Tork’s Connecticut roots becomes impossible. You see? It all makes perfect sense. 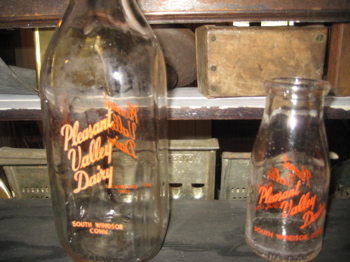 It makes more sense than, say, the visiting schedules of Connecticut’s old timey schoolhouse museums. I have an internal joke going about this – if I’m to complete my giant list of museums around the state, getting inside the dozen or so old schoolhouse museum-type-things will probably be the biggest hurdle. Some are only open once a year, some only for a week and then only for kids usually and others, like this one, are only open few a few hours for a couple days a week for a few weeks on weekdays.

Fortunately, the Pleasant Valley School is only twelve minutes from my workplace, so it was easy for me to get over there and back within an acceptable amount of time. (After all, it’s not like it takes an hour to tour it.) 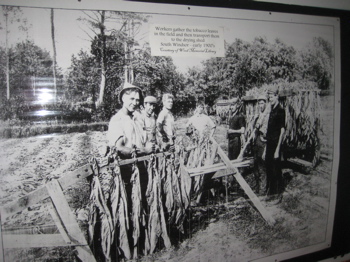 I arrived and entered to find a few older women sitting around the large classroom space watching two cute little kids playing on the floor. I was welcomed and invited to poke around at my own pace with no guide. Hey, no problems here with that! (It allows me to take a bunch of pictures without questions; especially of signs so I don’t have to memorize anything since I’m too lazy to take notes.)

Of course, it helps even more when there is a website with a good description of the building:

This is the only old district schoolhouse in South Windsor that hasn’t been demolished or converted to a home.

The first Pleasant Valley school was built on the north side of Ellington Road in 1837 and was sold to Horace R. Stoughton in 1862 for $35, after town officials set a site across the street for a new school for the fifth district.

In researching the building, local historian Doris Burgdorf found records that the teacher in 1869 was paid $66 for an 11-week winter term. Wood, glass, putty, a new stove and sundries were noted as yearly expenses. Subsequent changes included a front addition, painting, outbuildings, and a well. In 1882, the average student population was between 29 and 37 students.

By 1922, the school had been reduced to serving 18 children in four grades. The school was officially closed in 1952. 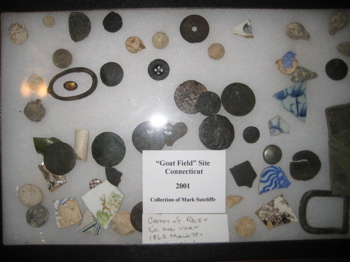 Then the story jumps up almost 30 years with no explanation. I guess the building just sort of sat there doing nothing during this time – a time when historic preservation was sort of put on the back burner.

From 1978 to 1994, the historical society leased and maintained the Ellington Road building as a museum, open to visitors and to annual field trips by local elementary school children and scouting groups. Society members sought and received town meeting approval to acquire the building and began a $50,000 restoration project, funded by various society activities, donations and a private grant for $20,000. During the restoration, two types of blackboards were found under more recent wallboard and two more recent ceilings were removed. Separate entry doors for boys and girls, typical of the 19th century, have been restored, and windows have been refurbished. 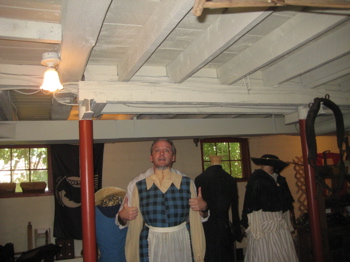 In 1998, grants were secured (ahh, remember back in the late ‘90’s when people had money for such things?) A modern addition was added and the basement was refurbished for displaying historic items.

And that brings us up to my visit. I first ventured into a tiny anteroom to find some old typewriters and an old little kid’s record player for some reason. My love of completely random displays was immediately satisfied. 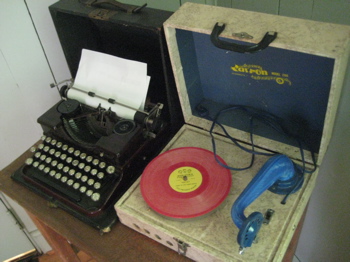 On the way down, I noticed a bunch of tobacco farming pictures on the walls in the semi-darkness. As you may be aware, this area in the upper Connecticut River Valley was – and still is – famous for its shade tobacco farms. In fact, all this week at work I’ve been watching migrant laborers harvest the tobacco right behind our parking lot. I’m fascinated by the whole process – is there any other farming industry that involves so much human effort and capital?

Furthermore, on my way to cheap Massachusetts gas yesterday, I got stuck behind the tobacco tractors all over Windsor, Windsor Locks and Suffield. If you want more tobacco farming museum info, check out other tobacco stuff in Connecticut, here.

At this point you’re probably asking yourself why this page has so many tangents. Well, it’s because this museum doesn’t really have anything unique in it. The basement is filled with the same old stuff that dozens of other small town historical society museums are filled with. 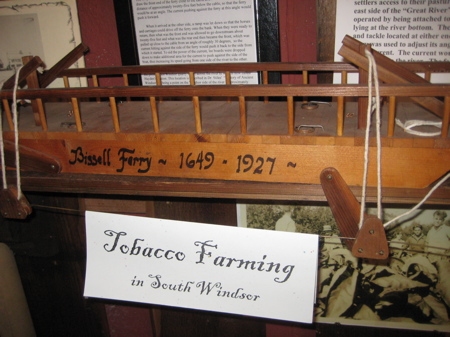 Okay, the one unique thing – and to me, the it was the most interesting thing – is the Bissell’s Ferry display. Bissell’s Ferry was the first ferry in the United States (according to the locals, though if you think about it, I’m sure the Native Americans had reasonable ferry facsimiles for years). I visited the site on both the Windsor and South Windsor sides a few years ago (here) and became enamored with it.

The rest of the basement room is filled with old farm and kitchen tools. All the usual suspects are there from the weird old vacuum cleaner to the corn shucker to the crazy old toaster to the tobacco leaf separator thing. There was some old furniture and old clothes on mannequins. And of course… there were the… 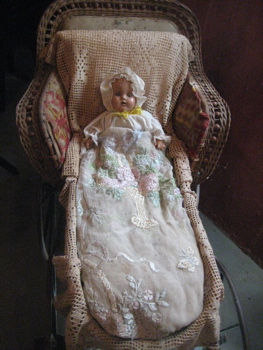 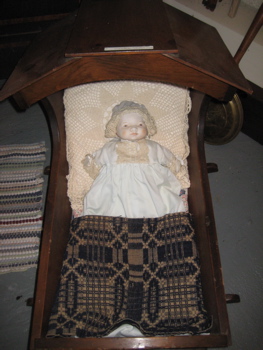 Creepy dolls! (Though, these two are the least creepy creepy dolls I’ve featured on CTMQ.)

I went back upstairs and read some stuff about the school itself. There was a list of rules from the 19th century and while many of them were kind of crazy and mean, my absolute favorite was “Make your pens carefully. You may whittle your nibs to the individual tastes of the pupils.” Gee, thanks. 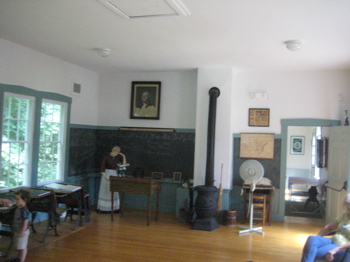 At this point, one of the women approached me and asked if I had any questions. I did not, so she directed my attention to the wall display of medals that were “donated by Romeo.” I have no idea who Romeo was or why these things were important (they weren’t military or anything), but I left it at that as I sort of enjoyed the incongruity of it all.

And that was that. All in all, this is a perfectly fine little town history museum. In fact, it was downright pleasant. 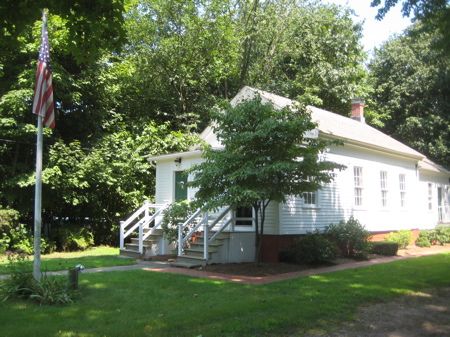