With over 30 wineries in the state at the time of this writing, there’s bound to be one that I sort of gloss over and don’t really give a fair shake. This would be the one. First of all, it’s in Preston and it’s not like Preston is a frequently visited town – even for me who frequently visits towns all over the state. Preston requires a purposeful out-of-the-way drive. Is Dalice Elizabeth worth that drive? I’d say perhaps, as it’s sort of an oasis in the middle of Nowheresville. 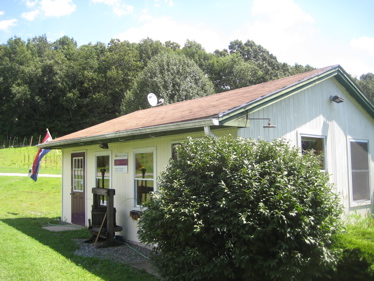 2018: There is now another winery as well as a distillery in town.

As a result, I ordered a glass of Cabernet Sauvignon and gulped it down. My plan was to get in and get out and merely to check this place off the list for the purposes of CTMQ. Not exactly what one is supposed to do at a wine tasting. I felt like jerk – to my family and to the very nice young man working the counter that day. But cut me some slack; I figured that I’d never really be back in Preston and I should take the opportunity to knock another winery off the list. 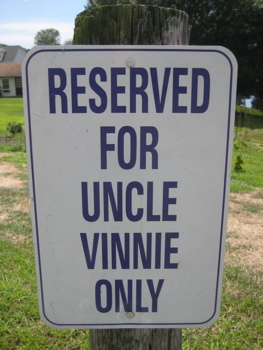 For its part, the Cab Sauv was pretty darn good. This is a small, family run operation and while their website is perfectly acceptable, their wine descriptions appear to be cribbed from Wikipedia or something similar. There’s really not that much about their own unique wines at all. So, as you’ve figured, I’m really struggling here. 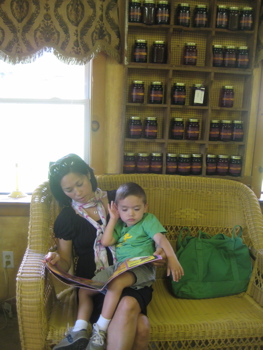 At least there’s a touching bit about the unusual name of the place, no matter the odd verb tense:

John, Mary-Lee Dalice and Blaze’s love for food and entertaining is from generations of family traditions. Their ability to create authentic Italian feasts out of what seemed to be nothing manifested itself into a thriving business with international distribution for ten years. Their line of all natural specialty foods was called Sumptuous Selection. The product line which included infused oils and vinegar, sauces, preserves and dry herbal blends were sold internationally to gourmet shops and department stores. Simultaneously, John started to perfect a generational hobby of wine making, crafting what he had been taught from his father-in-law, Raphael Blaze Faillace. John has won numerous awards for his wines including international titles. Dalice Elizabeth, President and co-founder of Sumptuous Selections died in 2000. In her memory the family renamed the business Dalice Elizabeth. 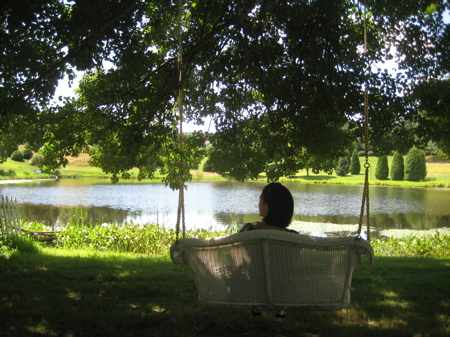 One thing here is that they do make and serve homemade Italian specialty foods. If you call 24 hours in advance, you can enjoy several plates of food with your wine – a “cucina rustica.” Here’s the whole menu and while I’m sure it’s delicious, I’m not sure any stuffed bread is worth $25 per loaf, even if made by Mario Batali in my own kitchen. 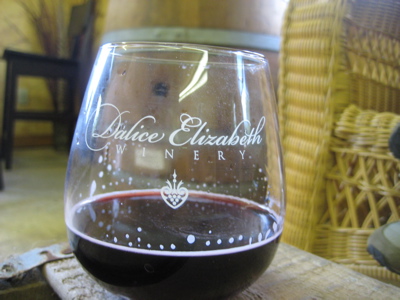 In addition, they run cooking classes here too but my favorite thing Dalice Elizabeth does is on Sunday afternoons at 2, there is a story time for kids so their boozing parents can enjoy a “day date” while their kids are entertained. I love this idea (even if it wouldn’t work for Damian) and love this place for doing it.

There’s also a relaxing swing outside overlooking a pond. Hoang and Damian enjoyed this for a little while while silently cursing me for bringing them here. Hugs and kisses! 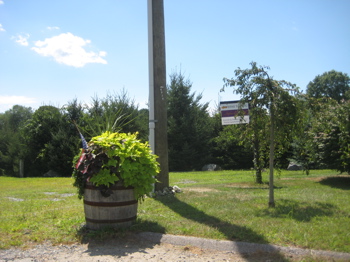 Fast-forward to November 2011 and I DID visit again! This time it was just me and Damian, out for a four winery tour to complete our 2011 passport on the second weekend of having no power at home. This was the fourth and last stop of the day (and our 16th of the year), so again, I couldn’t lounge about sampling all the wines. In fact, I didn’t have any, opting instead to buy a bottle of their Sangiovese and turning in our passports. 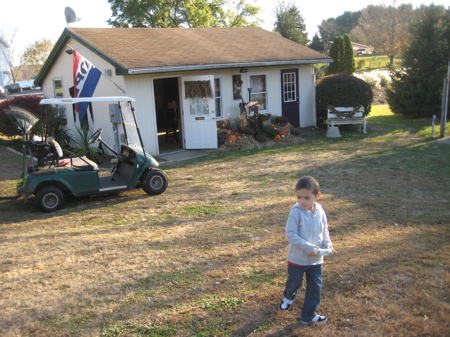 Of course, I sort of committed to buying it before getting a bit of sticker shock at the $29 price tag. 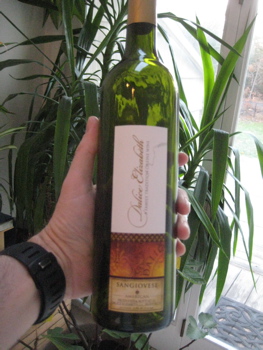 As before, the guy there was super cool and very nice. I chatted him up a bit and learned that very few of their wines included estate-grown grapes (including the Sangiovese) but as a young winery, that’s to be expected. Especially in Connecticut.

I really wish I had more to say about this place. Oh, here’s something – I picked up a flier at the winery noting an upcoming special event. They hosted a benefit for the Special Olympics that featured a “Battle of the Grill” between some top Connecticut chefs as well as wine tastings of course and other food and music. So that’s cool.

One other thing about Dalice Elizabeth – They have the most well-appointed port-o-potty I’ve ever seen. Check this bad boy out: 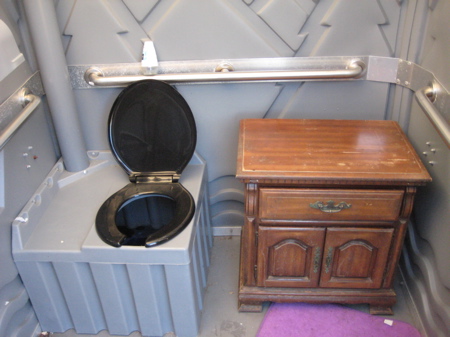 And then, whilst driving home up route 2, we passed this crazy scene: 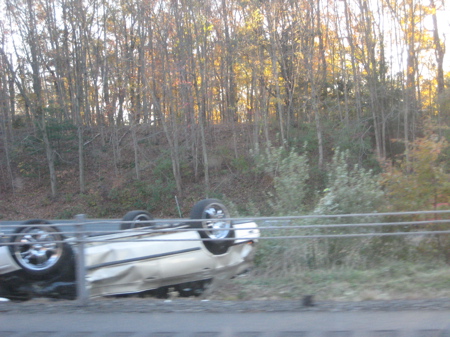 And that is pretty much that.