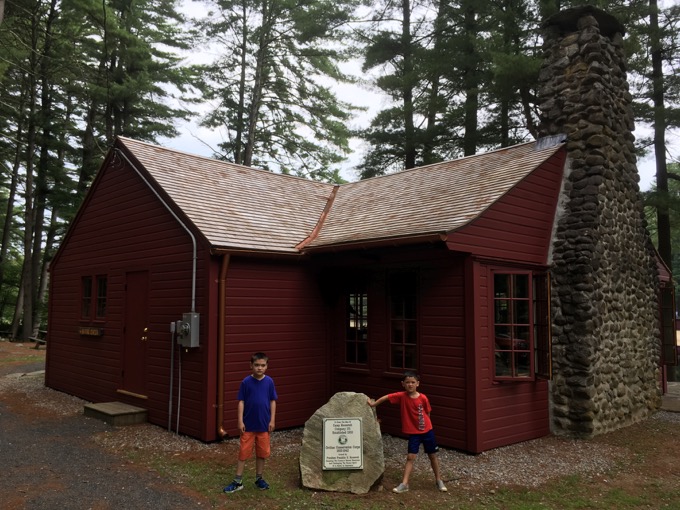 As of this writing, I have six museums listed for the town:

And I’m not sure I will be able to actually tour a single one. There are plans to house a Killingworth history museum at Parmelee Farm, but who knows if and when that’ll ever happen. The three schoolhouses aren’t ever really open to random dudes like me. The Platt Nature Center isn’t really a housed nature center.

That leaves the Chatfield Hollow Nature Center. A real nature center with displays and animals and everything! In a state park! 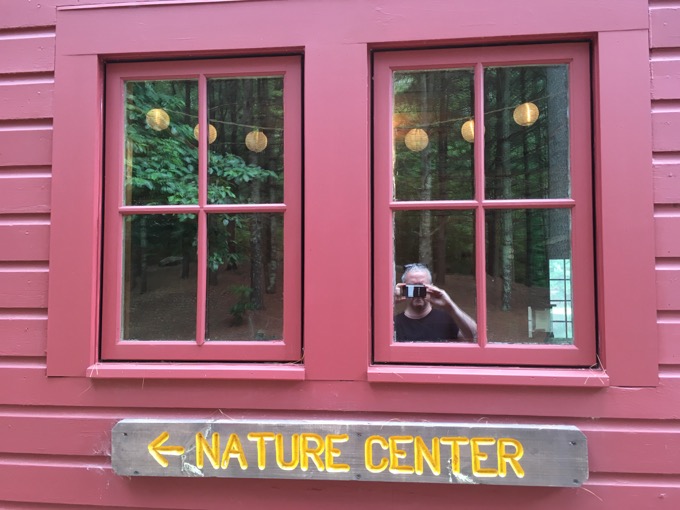 And yet… and yet it was locked up (not at all) tight during our visit. A visit during posted open hours, by the way. On a Saturday afternoon in July. Prime nature center hours.

But we visited the museum. Oh, we visited alright. The boys and I had hiked in to the park for our Sky’s the Limit 2017 Challenge. I figured this one would be a double whammy super bonus TSTL challenge hike, as we’d get to see a museum as well. 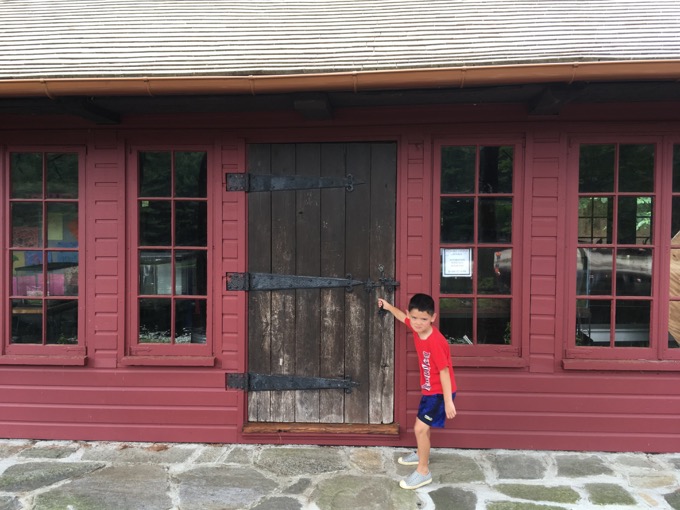 The crushing, nearly debilitating disappointment upon finding it closed up is nearly impossibly to describe. 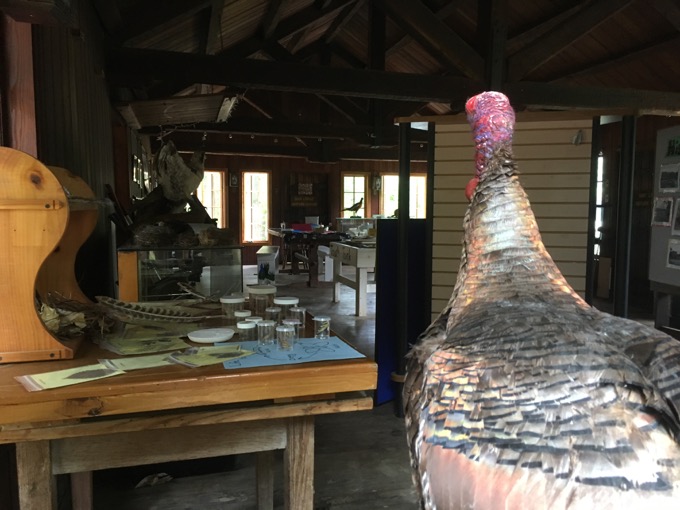 “But Papa, we wanted to see some Native American stone tools under glass, an antler rack, and an example of a geologic column from the local area!”

Calvin had an idea of what to do. 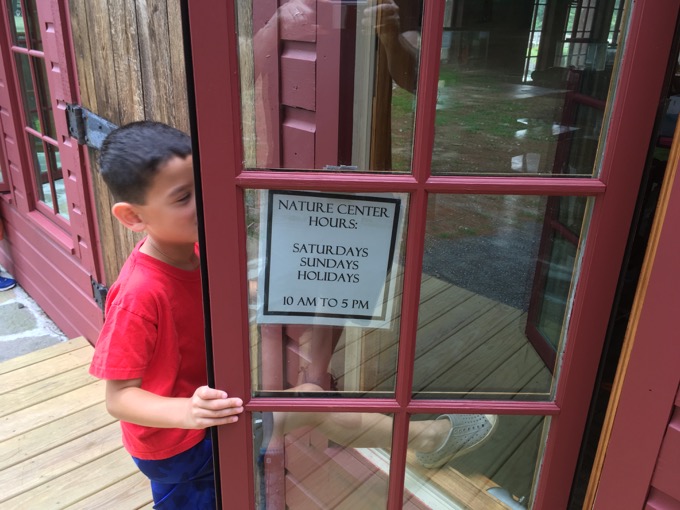 And really, the sign above clearly states it was open!

Chatfield Hollow Brook flows toward Long Island Sound between two high ridges covered with oak, beech, and hickory. In 1934, the Civilian Conservation Corps built an earth and stone dam across the brook, creating seven acre Schreeder Pond. Pines planted at the same time now form a green setting around the pond. In 1949 Chatfield Hollow was designated as a state park. 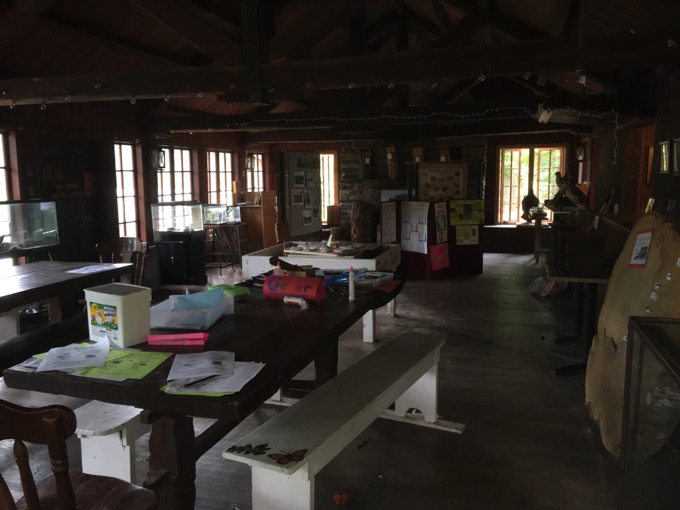 In pre-Colonial times, Indians frequented the valley in considerable numbers for purposes of fishing and hunting. Many artifacts found in the vicinity of Indian Council Caves indicated that Native Americans sought refuge in the jagged ledges and held tribal gatherings amid the rock recesses and overhangs. An Indian trail paralleled the brook, winding through the trees and along what is now the park road. 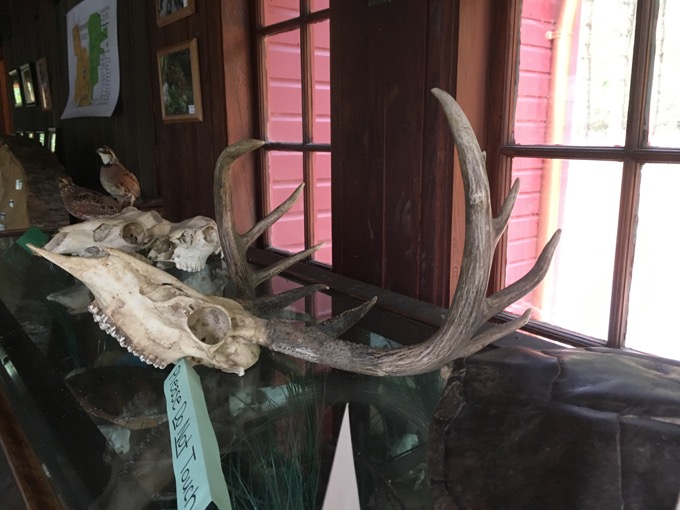 Early settlers made use of the stream for waterpower. Descendants of three Chatfield brothers, who arrived from England about 1639, were believed to have operated a gristmill along the brook. Occasional chunks of oddly shaped metal fragments found near the watercourse are evidence that an iron smelting furnace worked native ores into metal for implements. Other reminders of early history include several old building foundations, a restored waterwheel on the upper pond, and the covered bridge reproduction spanning Chatfield Hollow Brook. 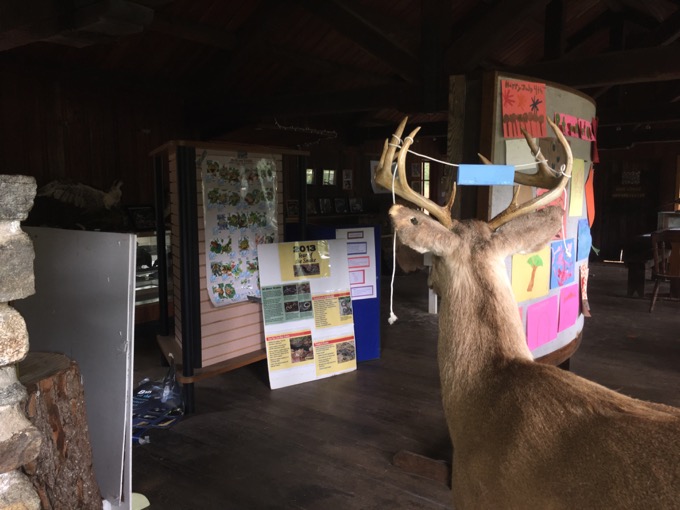 The DEEP site says nothing of the beleaguered nature center. It is a very small nature center, but that’s hardly rare. We peered in every window – and yes, Calvin even walked through one when I was on the other side of the building. 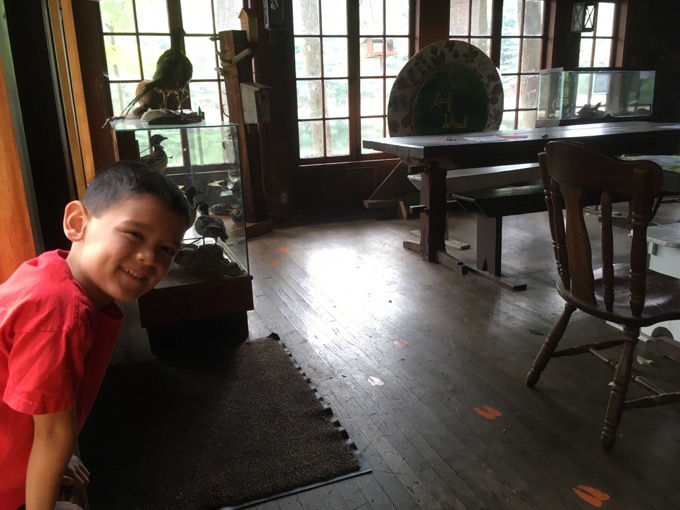 I gave the boys a “tour,” explaining the bits of natural history we could see – which was pretty much the entire center.

It’s a nice building in a really cool state park. From what I could see, it contains nothing unique to Chatfield Hollow; nothing we haven’t seen in twenty other nature centers around the state. 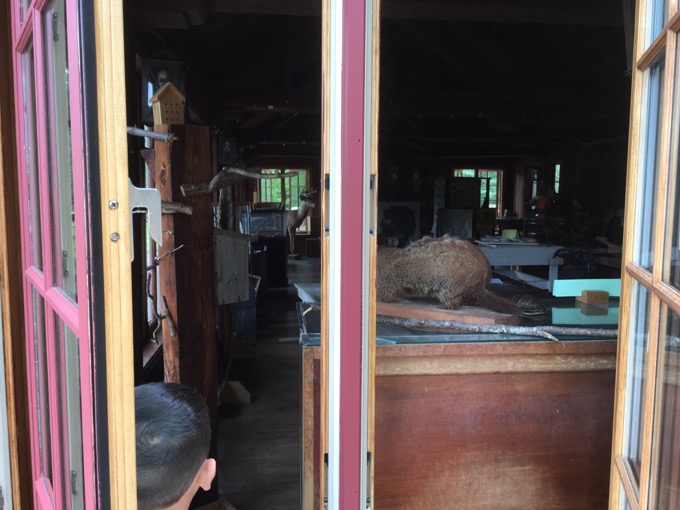 I’m calling it: We’ve officially visited this place. Don’t @ me.

And don’t call the police. 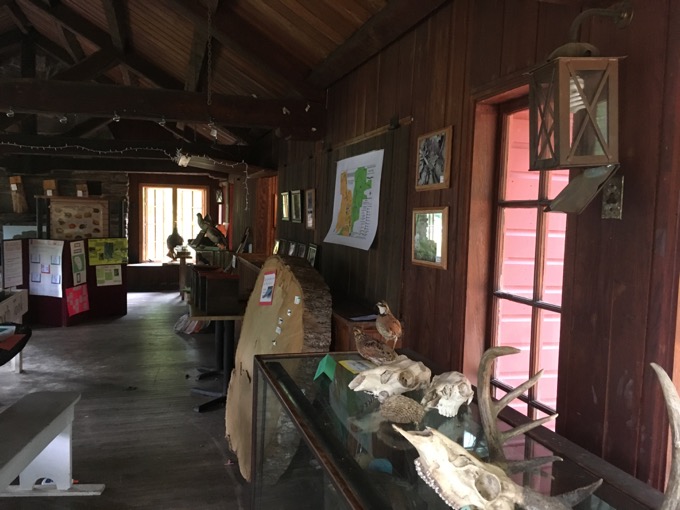