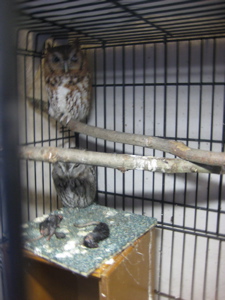 With seven other Audubon Society museums scattered around the state, I’ve issued myself a personal challenge to come up with good titles each time. This will not be easy, I assure you. Having only visited one thus far, I’m still fairly confident they won’t vary too much. But who knows… I may be surprised.

Also, let’s all hope that the subsequent 7 Audubon Center visits yield better picture quality. It seems that whether I or Hoang was manning the camera, the pictures were all blurry. Which I usually don’t care about, but there were some good opportunities with Mr. Photogenic Damian that were ruined. 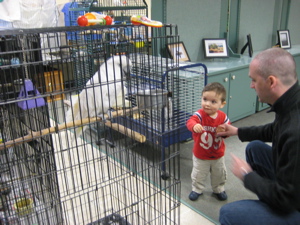 It was absolutely pouring rain when we decided to get out of our house and drive the 20 minutes or so down to extreme south Glastonbury to the Center. But as we say in Connecticut in March, “Better rain than snow.” Once there, we entered and were greeted by a couple people who seemed sheepish about asking us to donate a couple bucks. Regardless, we did and were told to hurry to the back where, “Greg has his chicken!”

Why yes, there was a chicken walking around – And Damian wanted to play. Two random Ginger Kids were there too, but Damian didn’t care. He pet the chicken’s soft feathers for a while. 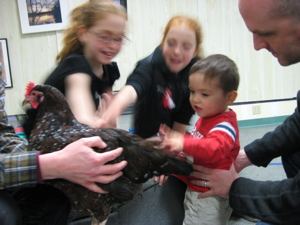 Even when one of those girls screamed a few times for no discernible reason, Damian kept his cool around the chicken. I was impressed. 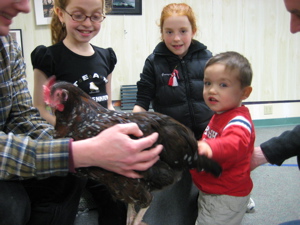 After that excitement, we walked over to check out some of the animals. They are in-between exhibits right now, but I’m sure the live animals are pretty much what they normally are. There was “Lovie,” the star of the show who talks… except during our visit. 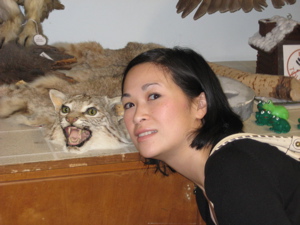 There was a cage of little parakeets and then a couple with bunny rabbits in them. There were doves and some other birds I didn’t really care to notice too much. 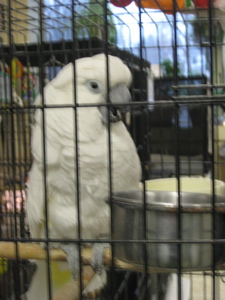 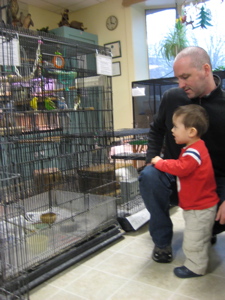 A large aquarium held a bunch of Painted Turtles and right next door was a horned lizard that Damian enjoyed. Next came the inspiration for my title… two Eastern Screech owls sitting in a cage with two dead mice at their feet. One was missing an eye and the other, a foot. They were small – about the size of my fist and really did look fake. 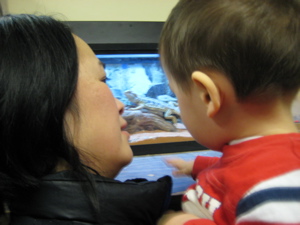 At this point, a gentleman from the Center approached us and explained that all the raptors they have here are only here because they are injured and cannot live on their own. Like the beautiful red-tailed hawk who had been hit by a car or the broad-winged hawk with the missing foot.

There was another entire wall full of aquariums. Various snakes and lizards and frogs inhabited these tanks. There was nothing too exciting, beyond the fact that reptiles are cool so is Damian, so it was fun to introduce them to each other. For the record, Damian seemed to enjoy the snakes and lizards very much.

From there, I checked out the various displays of stuffed animals – real stuffed animals like the turkey vulture and the badger, beaver, and voles. The bald eagles and flying squirrel and jackalopes. 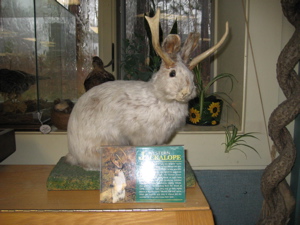 The “Western Jackalope” to be exact. (The sign with it went on to explain how they sing like cowboys.) Damian did some puzzles and played with some “fake” stuffed animals while I looked at the photography exhibit. I ventured off into the back room and passed the impressively large tree cross-section along the way, which was pretty cool. 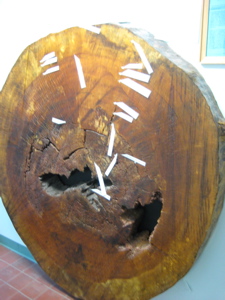 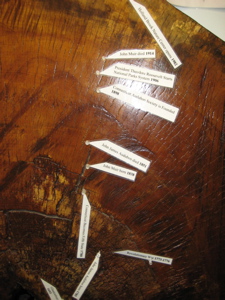 The backroom looked to be sort of an education room rather than a museum exhibit, but there were some more taxidermed critters lying about, as well as the third brand new giant flat screen TV. 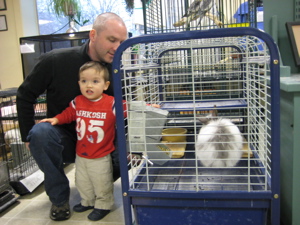 John James Audubon was a fascinating man, to say the least. This little place didn’t really play up its namesake too much, but that’s okay. There was one story about him listening to an old hollow sycamore tree full of swallows. He saw them roost and awoke before dawn to see them fly out. He placed his ear against the tree and was amazed at how thunderous the sound! I’m not sure we can do that anymore in this day and age.

Outside the center is a small network of trails, which went unexplored in the monsoon. With so many other centers yet to visit, I’m sure we’ll get a good flavor for what this one had to offer. This is a great little place to take a little kid and is a great way to spend a rainy Saturday afternoon. 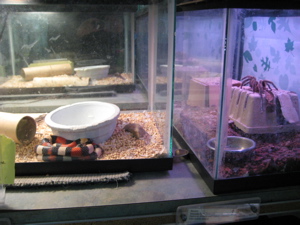 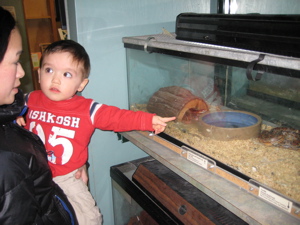 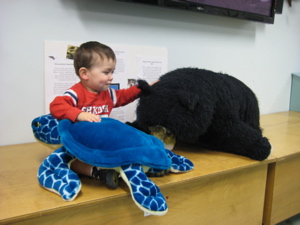 And a sea turtle and a BEAR! 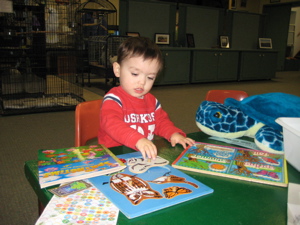 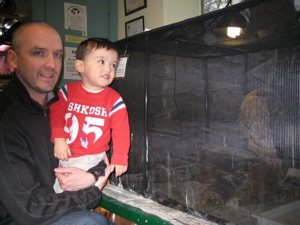 And a broad-winged hawk! 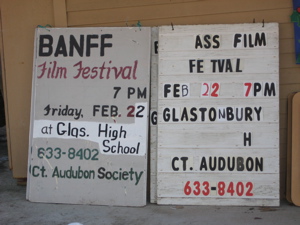 Sorry we missed the “fe tival.” 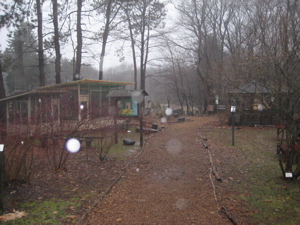 Cost: $1 suggested donation
Hours: Tues.-Fri.: 1-5, Sat 10-5, Most Sun 1-4
Food & Drink? Char Koon, right down the street
Children? Of course!
You’ll like it if: You like animals
You won’t like it if: You are evil
Freebies: a wordsearch puzzle! 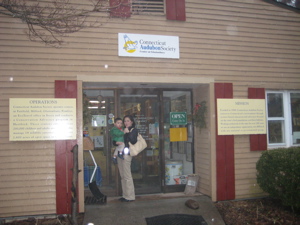 For the Curious:
Audubon Society in Glastonbury