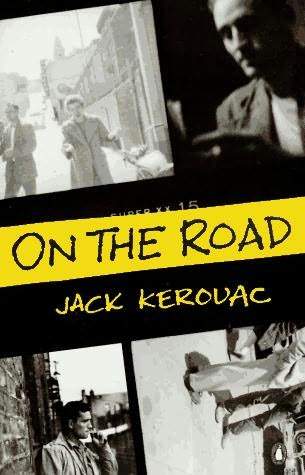 I’m a pretty cool guy. Just ask me. So it may shock you to learn that I’d never read a word of Kerouac before cracking this book open. Okay, so maybe I’m not so cool. Or does that make me cooler somehow?

On the Road is one of the books on THE LIST that I pretty much knew all about before reading it. A guy travels back and forth around the country and bums around with his friends and does some drugs and sleeps around a bit and writes all about it. And really, that’s pretty much all there is to it.

Except he doesn’t do as many drugs or women as I thought he did. Wuss.

Of course, Kerouac set the standard for the “Beat Generation” with his somewhat unique writing style and launched a whole movement back in post-war America. (Do we now have to qualify that phrase a bit more? That is, which war?) Can you imagine if blogs existed back then? Just how many copycat writers with a keyboard would have plagued the Internet with their beat-inspired drivel? Sheesh.

Kerouac’s gift was very subtle. He wasn’t the world’s greatest writer nor were his adventures all that trippy or crazy or exciting. In fact, many of them were downright miserable; broke, hungry, exhausted and constantly being harangued by his friends, notably Dean Moriarty. And yet, despite that, this book drove many disaffected 20-somethings to hitchhike around and “check out the scene” back in the 50’s and 60’s. Heck, some say this lifestyle spawned the hippie movement which, if at all true, should rate this book a zero.

Anyway, when the book was originally released, The New York Times hailed it as “the most beautifully executed, the clearest and the most important utterance yet made by the generation Kerouac himself named years ago as “beat,” and whose principal avatar he is.” So yes, it’s an important book.

(Let’s be clear here; On the Road wasn’t the first “Beat” book at all. It took forever to get published after the manuscript was submitted due to all sorts of delays by the editors. Libel issues were a huge thing for them, as Kerouac’s/Paradise’s thinly disguised friends and their antics gave the publishers fits.)

I began the book with the goal being to finish before a planned trip out west of my own. No, I wouldn’t be driving an old car from Connecticut to California. This was 2012 and I am not a poor writer of little means. Instead, I flew to Denver for a conference and rented a brand new car.

My planned worked out and while reading the book, I realized that I’d be traversing some of the same routes Paradise and Moriarty drove in the late 40’s. My gas mileage would be worse (far, far worse) but my speeds would be similar (70’s, 80’s, some miles in the 90’s). With so much time alone driving across the plains and grasslands of western Kansas, eastern Colorado and Oklahoma, I was able to insert myself into a Kerouacian adventure of my own.

I get it now. If you haven’t driven across the vast hinterlands of our country, you simply can’t understand what it does to a man. It’s a starkly beautiful place, devoid of commercialism, traffic, smog and clutter. The roads just go on forever into the shimmering distance. I had a lot of time alone with my thoughts.

In On the Road, Paradise is the rational yin to Moriarty’s irrational yang. But one of Moriarty’s recurring mantras is essentially, “just LIVE, man, LIVE and EXPERIENCE!” 4 hours across eastern Colorado, I was on board. The thrill of just missing a massive plains thunderstorm (which you can read about here and then arriving at a tiny diner in the tiny Kansas town of Sharon Springs, I just wanted to EXPERIENCE life out there.

I wanted to respect the fine ‘Muricans who live out there, but I wanted to just talk and talk and talk to them. Like how did they end up out there and what’s life like? It’s a fine line between treating them as zoo animals (not my intent) and being genuinely curious (which I was). Three days of this and I realized how much I really liked On the Road. 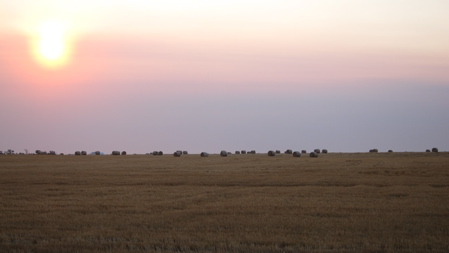 I have no idea how or why I turned this review inward, and I apologize. But a good book does that. Not only do you begin to care about the characters, but you begin to apply their experiences to your own. And that’s what On the Road did for me.

Kerouac’s writing is strong. He’s at his best, by far, when he’s actually out driving on the road. The pace quickens and his honest wide-eyed excitement is evident. When he’s stuck in port, as it were, the tone reflects his melancholy. (Except when he’s on a bender cruising jazz clubs for loose women. The syncopation of his prose matches the herky-jerky beats of modern jazz and it’s just wonderful writing.)

As far as the ol’ resolution thing in most novels, On the Road doesn’t really have one. Other than how most of Paradise’s friends from around the country get on their feet, get married and can no longer bum around I guess. Although the boys have one last massive trip all the way down and across Mexico to the beaches of the Yucatan at the end of which, our hero Sal seems to be all done with itinerant life as opposed to Dean, who cannot change.

I can really identify with Sal’s internal battle over carefree life on the road versus a more stable life. I love to travel; in fact, it’s probably my favorite thing in the world. I love everything about it. Now that I have kids, I miss it dearly. I am fortunate that my wife and I did travel extensively before we started a family.

So what did I do to compensate? I started this website and contain most of my travel to my home state. When I do “get away,” be it for a day or two of hiking or my trip out west, I find myself missing the stability of my wife and sons.

I done grows up.

Artwork:, My own picture in western Kansas, 2012