CTMQ > Everything Else > Books, Movies, People, & Stories > ML60. The Moviegoer 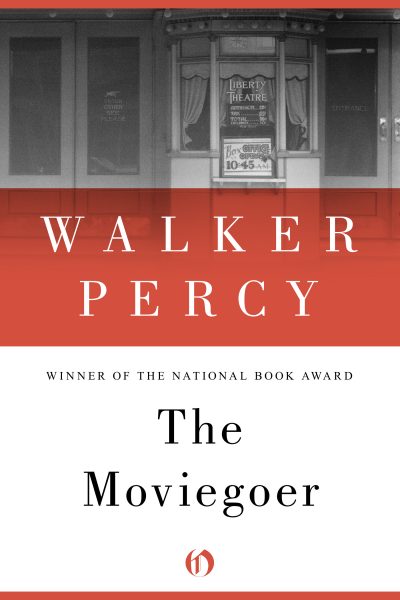 This is another one of those books that is more than it appears to be at first blush. Of course, as per usual, I’m not smart or literary enough to have picked up on all the existential stuff and nods to Kierkegaard and Dante. But that doesn’t mean I didn’t find the short work enjoyable, for I did.

Quite a bit, actually.

The story follows a 30-year-old bored stockbroker from Louisiana named Binx Bolling for about a week. He’s intelligent, wealthy, and good looking enough. He’s successful at his job, but even at such a young age, he’s tired of the humdrum nature of it all.

So he escapes. Mostly into his beloved movies, but also in books and sex. For such a bored guy, he seems to have a knack with every secretary he hires. And by “knack” I mean he dates them, sleeps with them, and then gets rid of them. His family seems to merely wink at this shallow quirk of his, which I found rather weird.

But his main escape is into his own inner thoughts. The book explores Binx’s “SEARCH.” The problem for Binx is that he doesn’t even know what he’s searching for, but he knows he’s searching. (Therein lies the whole existentialism thing.)

“What is the nature of the search? you ask. Really it is very simple; at least for a fellow like me. So simple that it is easily overlooked. The search is what anyone would undertake if he were not sunk in the everydayness of his own life.”

And Binx is right. We’re almost all guilty of this, right? We get lost in our boring jobs and the repetitious nature of dealing with our kids, and our couches and our social media and our binge watching, etc. Nothing is “wrong,” per se, but we’re not exactly lighting fires under our butts to satisfy the SEARCH.

And Binx really isn’t either. He’s just aware that he isn’t, and that’s pretty much what The Moviegoer is all about. That’s his whole thing: He’s aware… or thinks he is anyway.

“Losing hope is not so bad. There’s something worse: losing hope and hiding it from yourself.”

See what I mean? Binx’s step-cousin, the beautiful Kate, is suffering mightily throughout the book. While we never learn exactly why, it’s apparent to me that she’s afflicted with bipolar disorder. And no one can reach her other than Binx.

Kate and Binx are attracted to each other and fall “in love” as much as makes sense for them to do so. (They are not related, in case you were worried.) Kate goes through some seriously dark times, including a suicide attempt – that she denies is a suicide attempt. Binx take it all in stride.

It’s all part of the SEARCH.

Kate is searching for peace, calm, happiness from one moment to the next. Her SEARCH is confined to a tiny space and time. Binx entertains this and gets her through her days, bit by bit. But you can tell from the above conversation that his mind is wondering, beyond Kate, beyond the Bayou, and beyond the year in which this takes place. 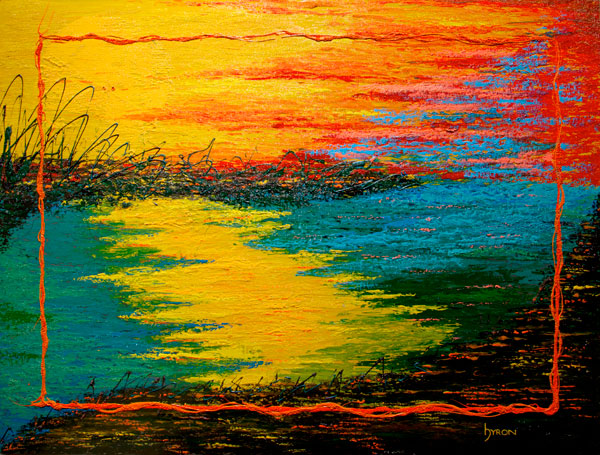 Sunrise Over Grand Bayou, Byron May

Of course, in The Moviegoer, nothing is stated; everything is implied. So I’m sort of making half of this stuff up, but it sounds pretty good to me. Binx is kind of a grown up Holden Caulfield. He’s lost a bit of his edge and ego, but both are still evident. Binx is kind to his disabled cousin and finds him to be one of his favorite conversationalists… despite his lack of conversational ability. (I daresay everyone else are phonies.)

And how Caulfieldian is this?!

“Hatred strikes me as one of the few signs of life remaining in the world. This is another thing about the world which is upsidedown: all the friendly and likable people seem dead to me; only the haters seem alive.”

Binx “rescues” Kate from her static life and the two take a train trip to Chicago, as Kate goes through some more ups and downs. Binx seems resigned to be with her, but not altogether unhappy. The family back in New Orleans isn’t too keen on the idea, believing that this flowering relationship will ultimately doom Kate.

The two go to a church, perhaps to get married, perhaps to “find God” or something. As the book’s last line notes, “It is impossible to say.”

Anyway, this is amazing. Some author I’ve never heard of wrote a book decades later. In this 1994 book, we are introduced to a guy named Jack (Binx’s birthname) who is, clearly, Binx. So a work of fiction used a work of fiction to finish the fictional story. This idea blew my mind. Read the whole article to learn infinitely more about The Moviegoer and what fictionally happened to the fictional characters and they got fictionally married.