Not the Wisest Place to Hike
Sage Park, Berlin
January 2022

The town of Berlin has plenty of great places to hike. From Ragged Mountain to Hatchery Brook and all the Metacomet Miles in between. Berlin also has a few not so great places to hike. Sage Park is one of those places, but since someone (and I may know the person) decided to create a Berlin Trails Guide and include the Sage Parks of the Nutmeg World, here we are. 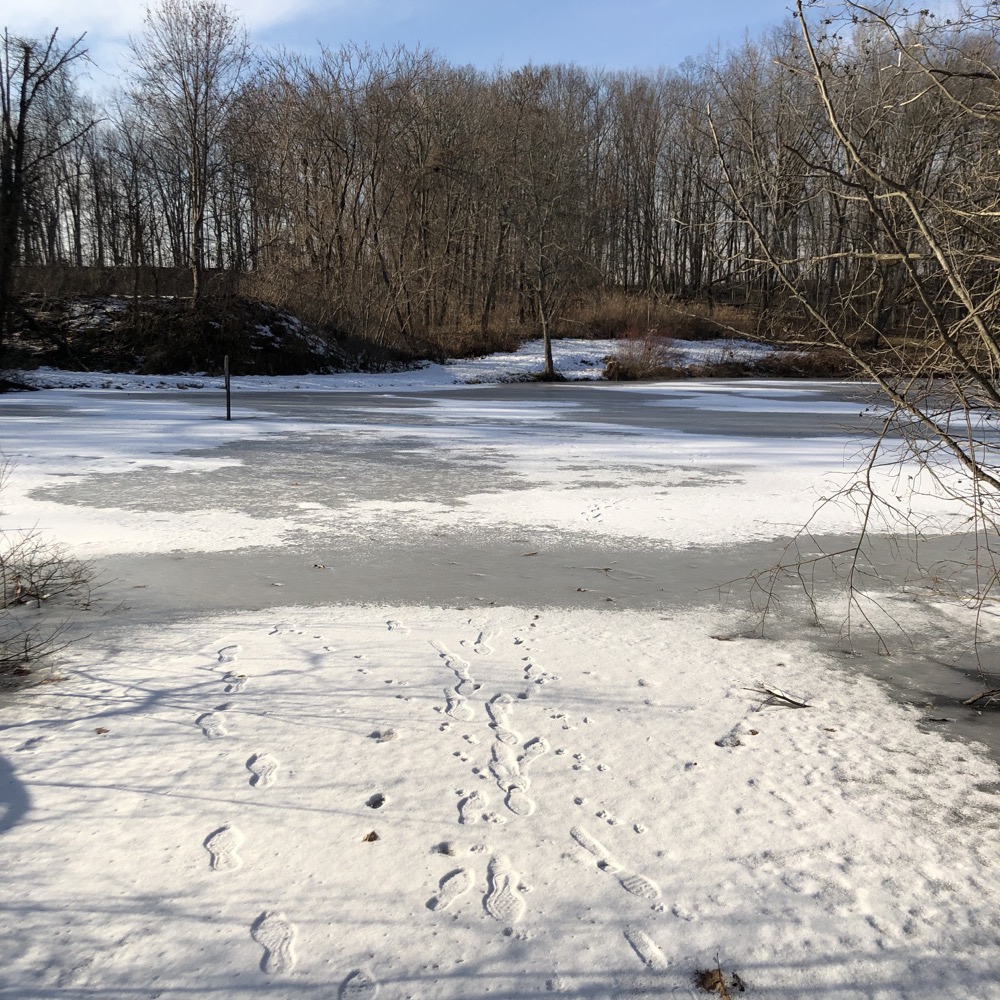 As you’ve figured by now, there aren’t “trails” here so much as “paved walking paths.” Sage Park seems to be the athetic field compound for the town. They have every kind of field here, and it appears this is where the high school teams play their home games. 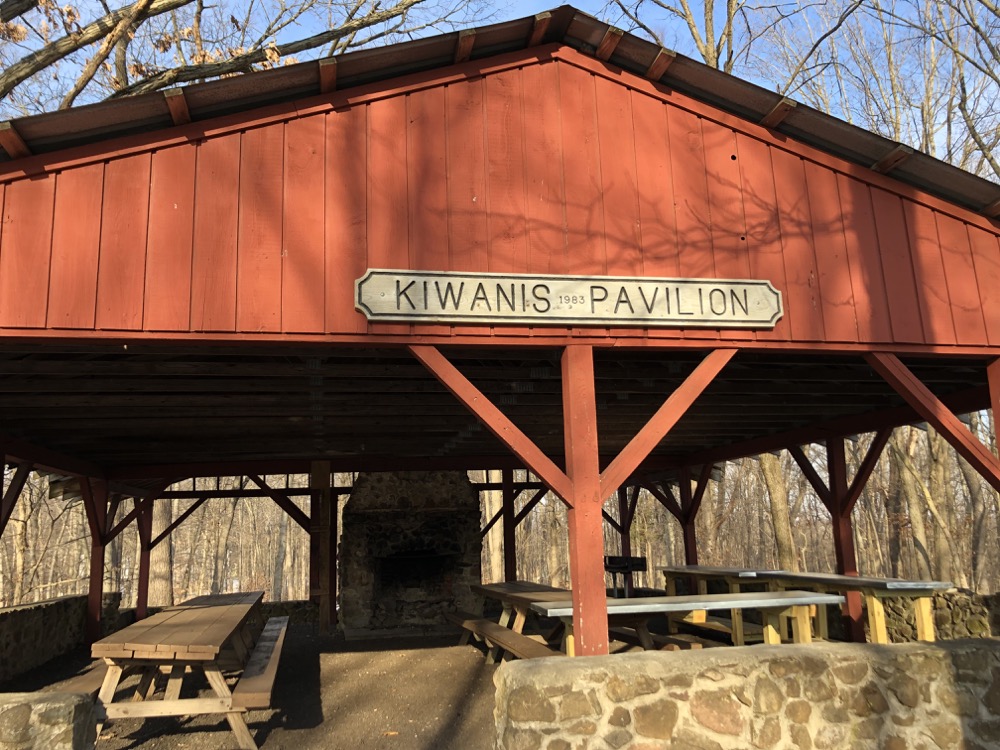 There’s an upper and a lower parking lot here. The “upper” lot is more a “central” one and that’s where I parked before hopping out and walking past the softball field. The path took me around a pond and through a pavilion.

You don’t even have to a Berlin resident to rent this thing. There are no lights and there’s no running water, but it still seems pretty nice. Fishing is allowed in the pond, but there are “kid only” months and I learned that they stock carp to eat the algae. Which is why this rule exists: 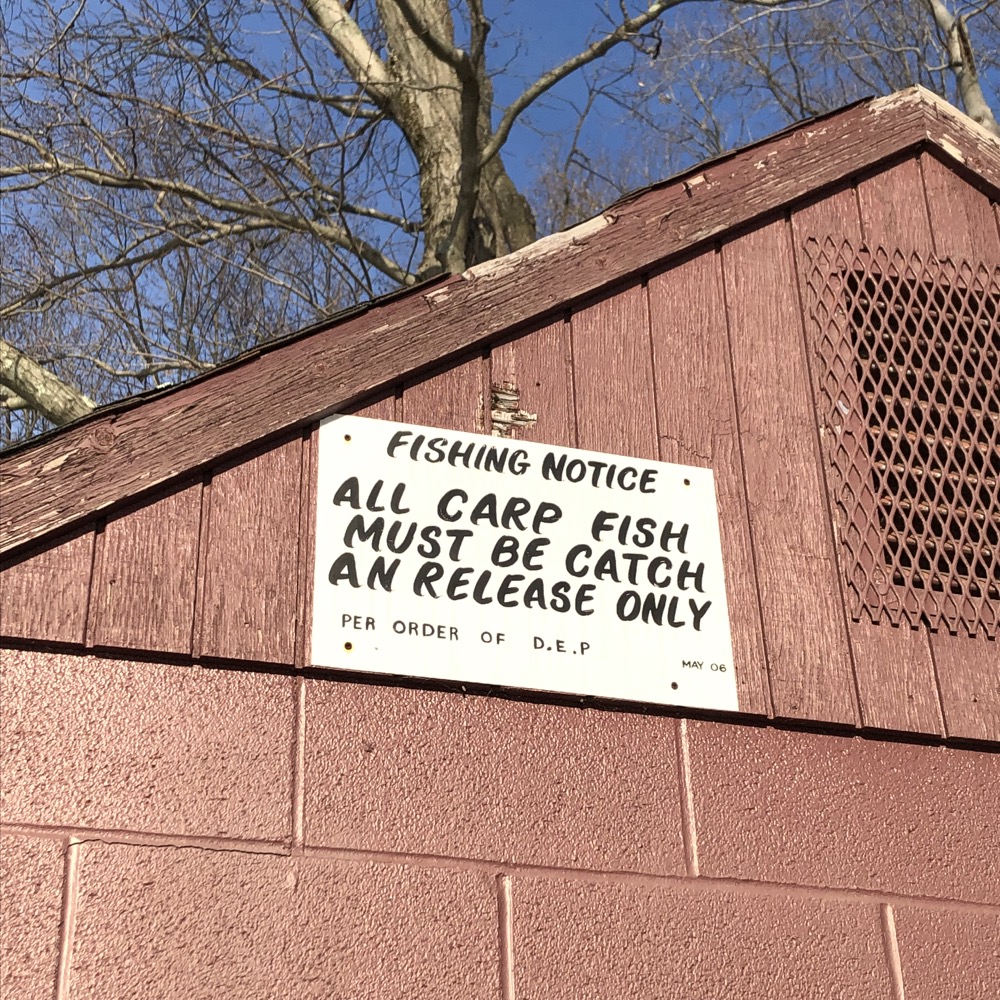 That’s probably a normal thing at lots of small ponds, but as I don’t fish, it was new to me. They even allow ice skating here when the town determines its safe. I wonder if they ever officially determine that it’s safe.

A trail heads through the woods to the smaller soccer fields, but I kept to the main one around to the full size soccer field and the football stadium. I walked quietly and I’m a fairly nice and rather nonviolent person. However, I must have done something, because… 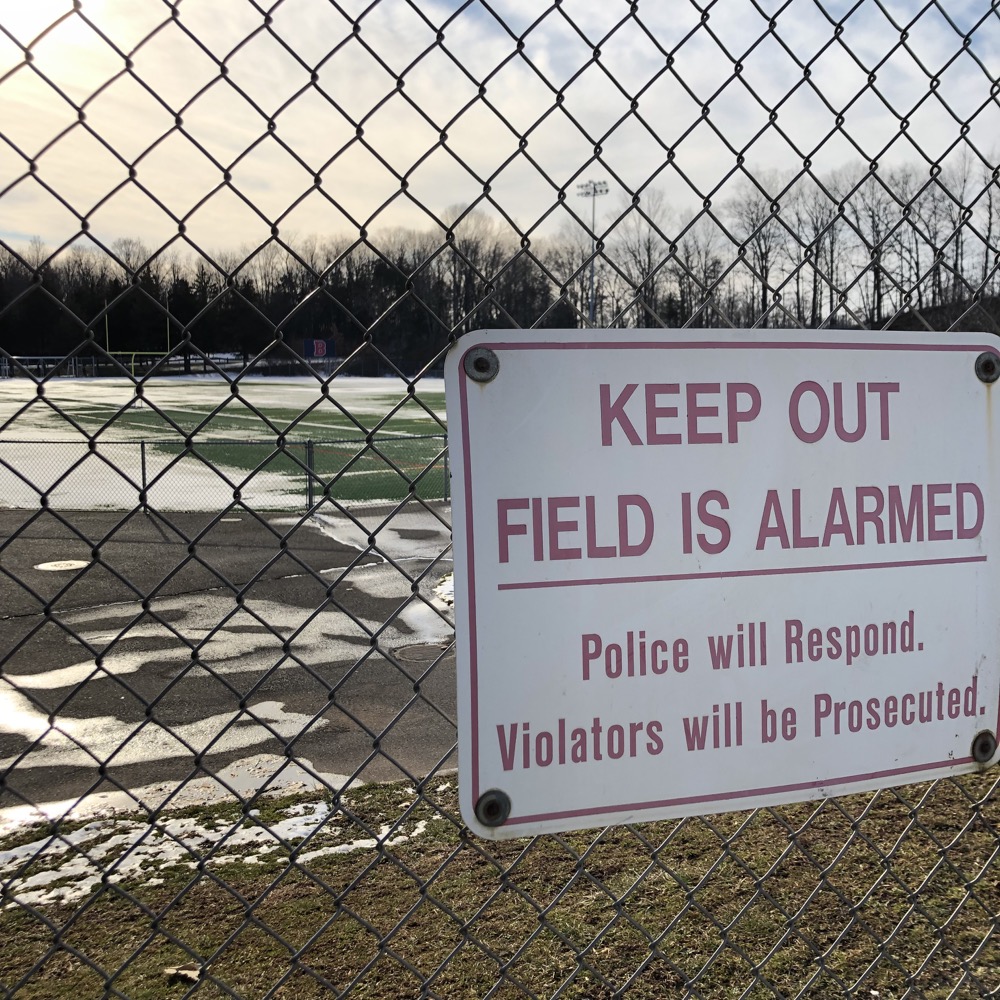 I’m sorry, Field. I didn’t mean to upset you.

This dumb page allows me to ask a question I’ve had for 20 years. Why is Berlin’s high school mascot the Redcoats? They even utilize a presumably military guy:

The Redcoats were the British during the Revolution. They were the bad guys. Is Berlin a hotbed of Tory sympathizers? I’m sure there’s some explanation for this, but my 30 seconds of Googling yielded nothing but the above picture.

I walked through the lot and then around the baseball field. This baseball field is dedicated to Police Sergeant John C. “Zip” Zipadelli, one of Berlin’s first constables in 1945 and served as police officer until the day he died. He was a well known local ballplayer and later in life managed baseball teams for local athletic leagues. Zip help found a town volunteer fire department and organize the modern Berlin Police Department while raising money for the Jimmy Fund cancer research organization. 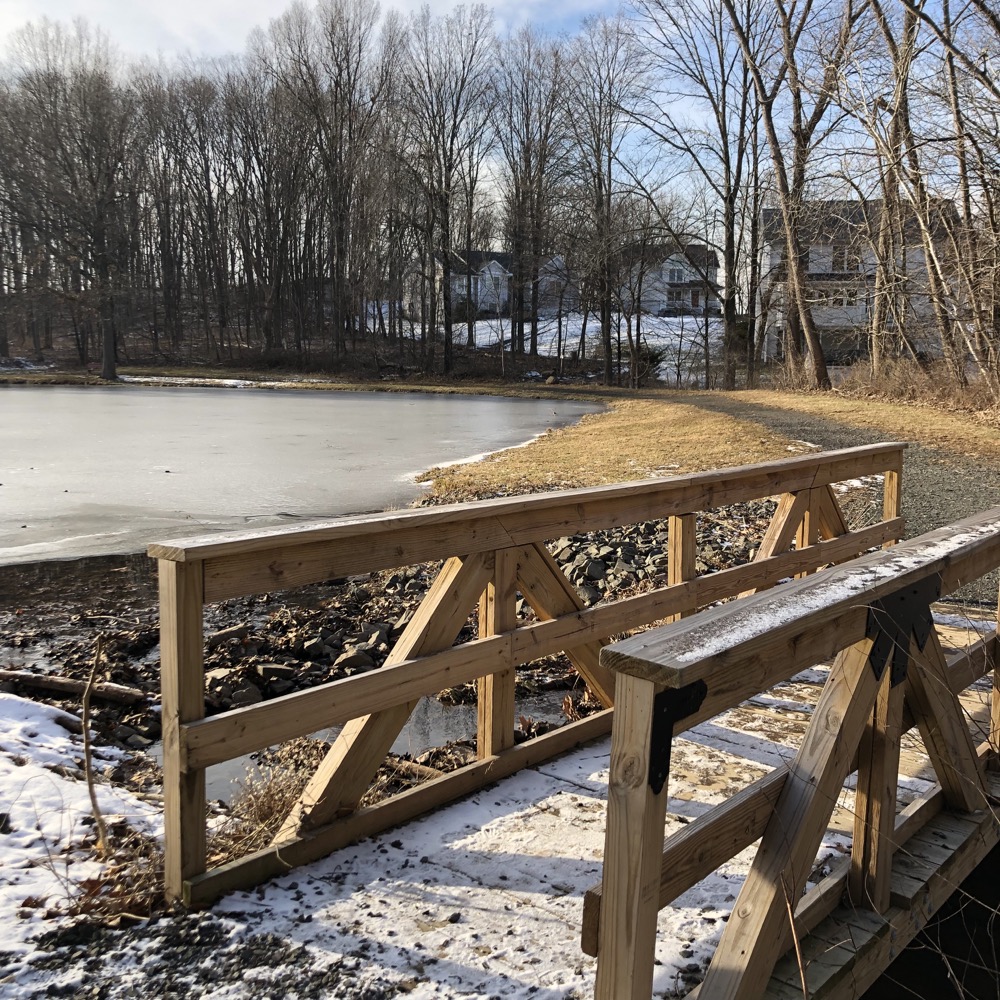 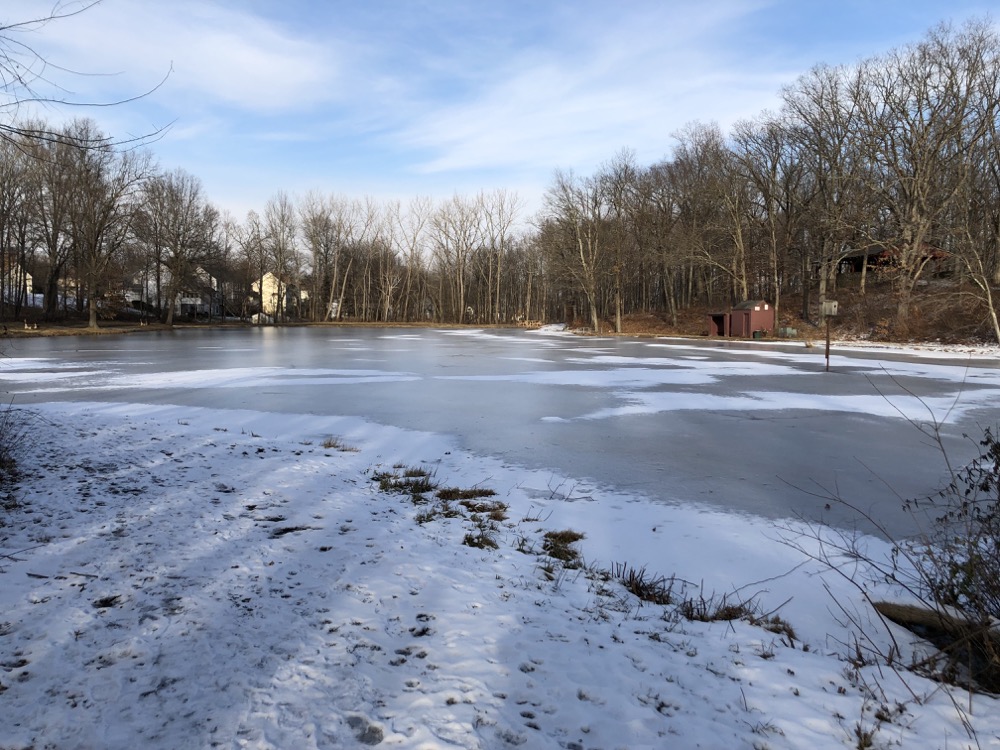 The baseball field seems nice. Behind the outfield there’s a fairly steep little hill that the path took me towards. I went for the “hard” route to the top and realized that this would be a cool place to watch baseball.

It’s like the hill behind the Little League World Series stadium in Pennsylvania, but I like it because if my son played baseball (thank goodness he does not), I could sit up here by myself and do that thing where I grumble about the umpires and other kids that aren’t doing the right things and – I’m sorry, what? Do I do that with my son’s soccer games? No. Never. 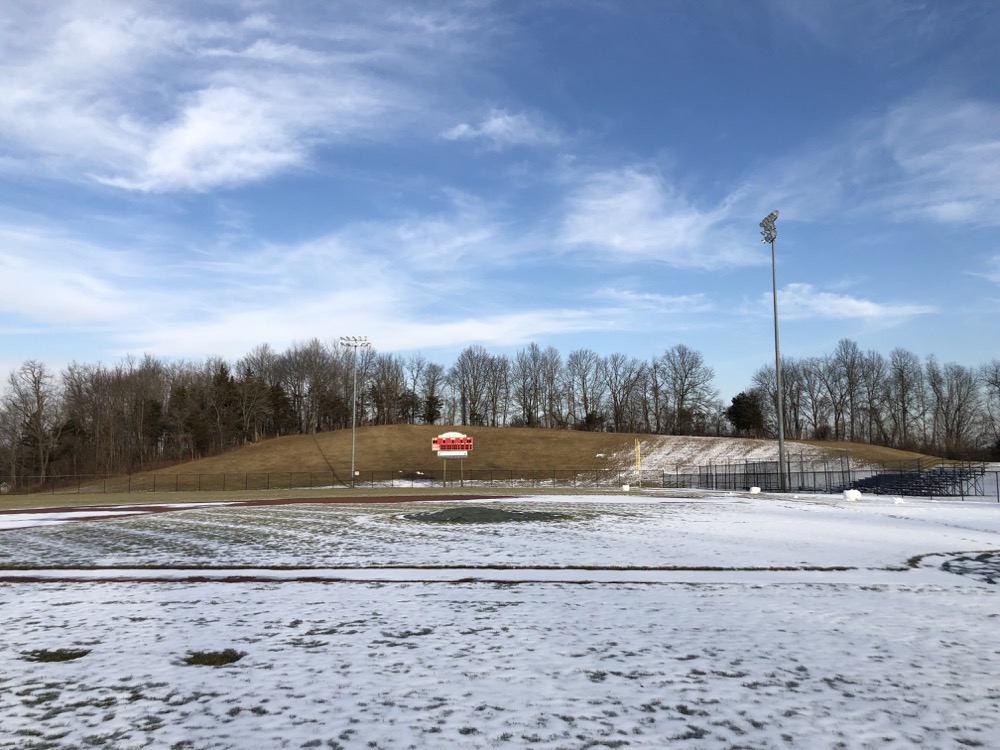 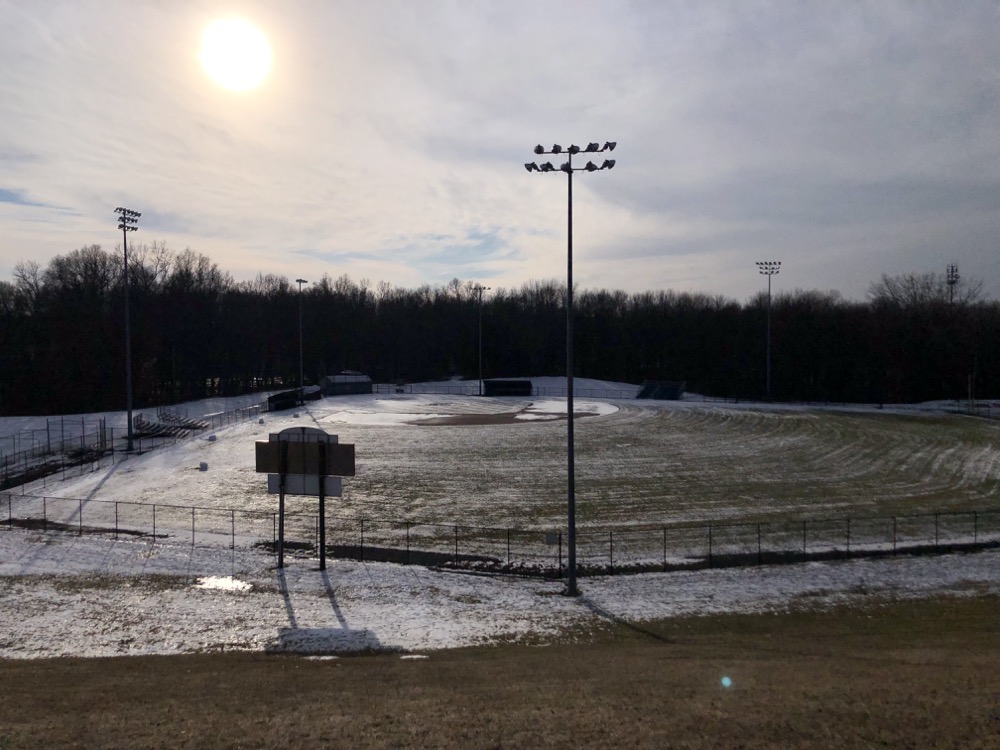 Because they aren’t called umpires in soccer. Duh.

I descended the hill and returned to my car. I realize that if you are a Berlinite and have just read this page about the park you’ve spent too much time in, you’re probably laughing at me right now. Like, really? A whole page on this esteemed website dedicated to “hiking” Sage Park?

That, my friends, is how this site became esteemed. I don’t judge. (Unless you’re a poor soccer player in a game with my son. Just kidding. Maybe.) And besides, it is rumored that a trail will connect Sage Park over to Pistol Creek, which will make this page way more valuable. So there. 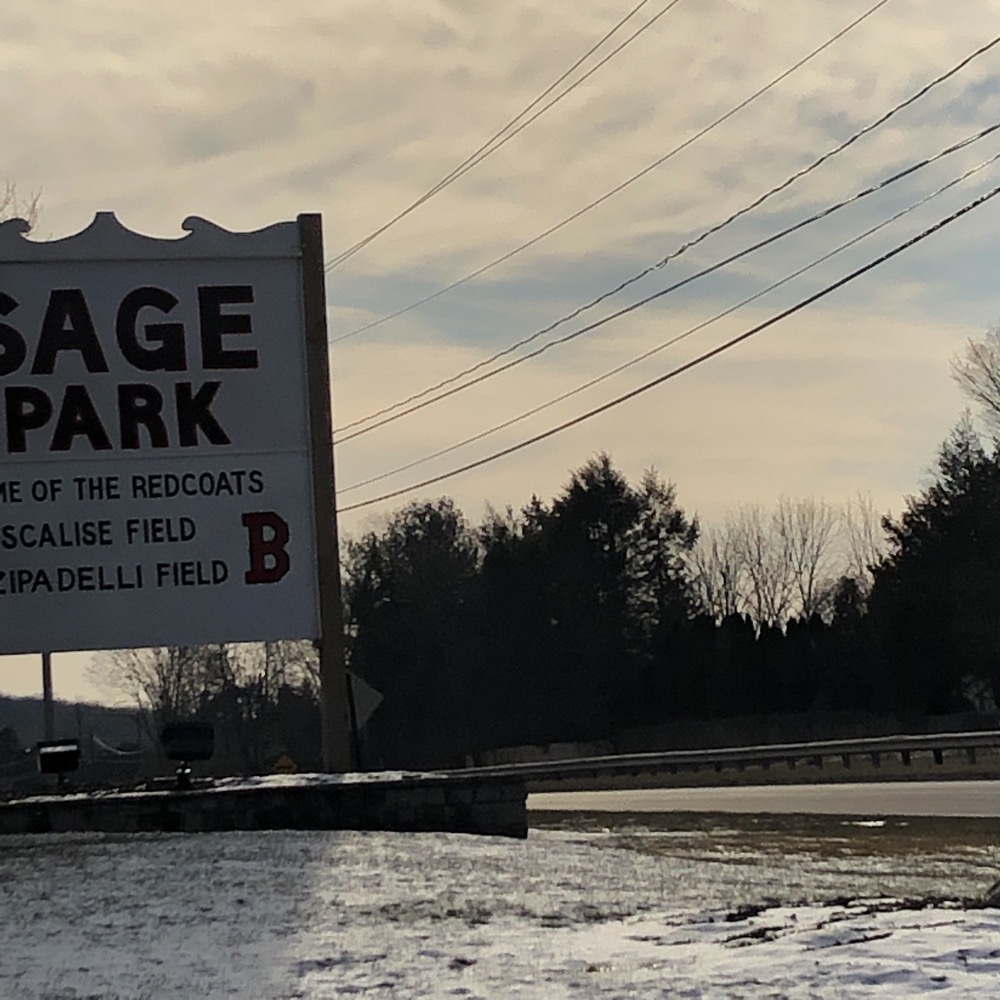 I kind of like how terrible this picture is 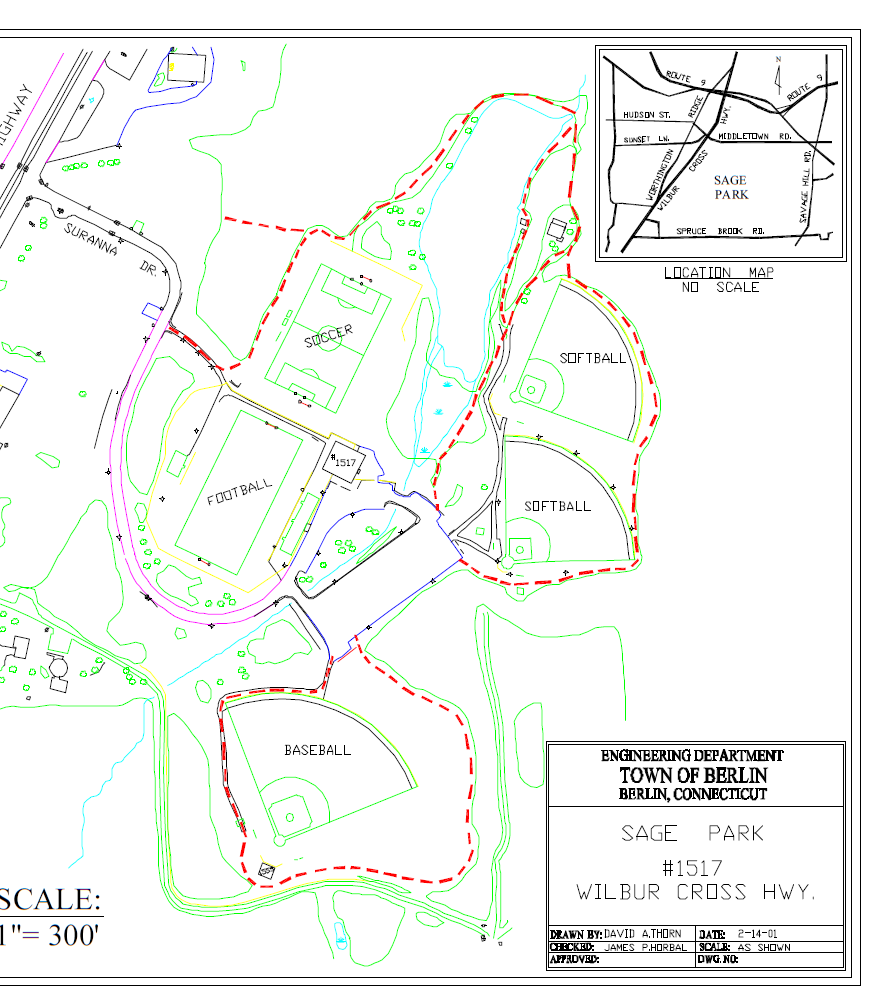