Ah, the bane of parents’ lives: Toddler birthday party invites. Fortunately, being a dad (rather than a mom), I have been able to skip a few. Is that sexist? Yeah, probably. 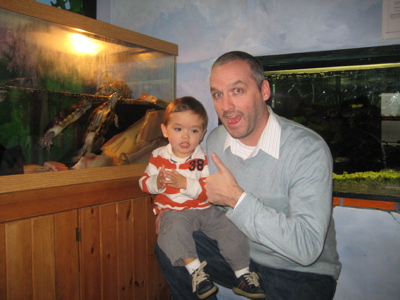 However, once in a great while a kid has a birthday party I’m eager to attend. Damian’s friend Josh had such a party at the Lutz Children’s Museum. A Museum! And cake! I was so there.

Josh is a really cool kid in Damian’s daycare who looks out for my boy. I hear tell when there’s a group activity going on and Damian is missing out (off in his own world), Josh stops the show to make sure Damian is involved. Which warms my heart. 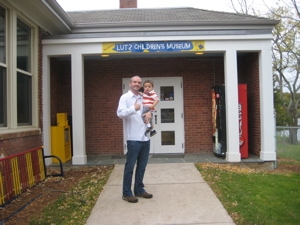 His mom also happens to work at a(n unvisited) museum (as of this write-up), so of course we’re friends.

The Lutz is a cool little place right off of I-84 but away from the Manchester hubbub. We arrived just as the kids were moving into the animal room. There are all the expected animals – corn snakes, painted turtles, owls, chinchillas, frogs, etc – but there were a few unique animals as well. 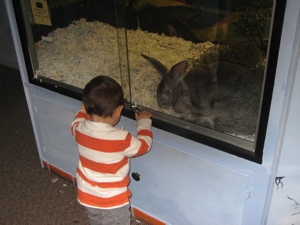 Like the Flemish rabbit above. Man, that thing could eat my son, if it was a carnivore. Natives of Flanders (in Belgium), these monsters can grow to 25 pounds. Guess how much Damian weighed during this visit? Yup, 25 pounds. A rabbit. Crazy.

I learned young rabbits are called kits. Now you’ve learned that too. 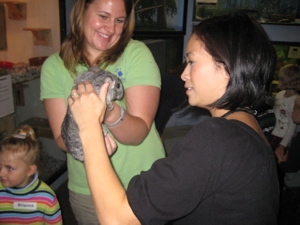 There’s also an opossum there too. I guess it’s exciting to see a live one, since we usually only see dead ones on the road and rabid ones during the day. I enjoy my family’s enjoyment of this guy: 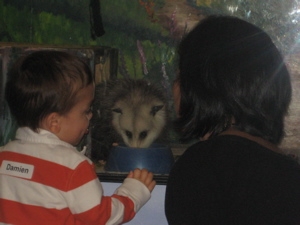 Damian sticking his tongue out at it 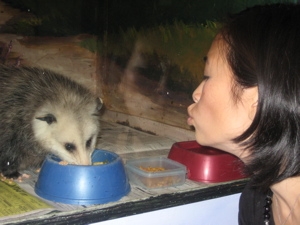 As we went back to the large room to do some activities with the kids, I wondered what the Lutz’s mission statement was. “The mission of the Lutz Children’s Museum shall be to provide a multi-faceted museum for children to explore culture, history, and the natural sciences through internal and external exhibits, programs, and experiences.” Oh… thanks. 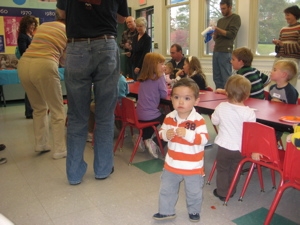 After making some project that I forget, we explored the other side of the building to a room with a sign welcoming us to the “Lutz” Island Sound. It was a fun room and Damian especially enjoyed the model train that appeared every minute or two. There was a boat to pilot and a submarine to explore as well. 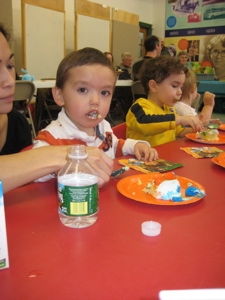 Time for some cake.

While digesting, some history of the Lutz is in order. The following historical stuff is from their website.

The Lutz Junior Museum was formed on March 4, 1953 by a vote of the Manchester Parent Teacher Association (PTA) Council. Their objective was to provide supplemental enrichment to students in their classrooms and asked the community to come forth with ideas. 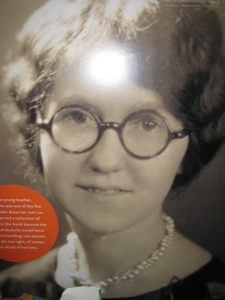 Miss Hazel P. Lutz was the Chairperson for the Art Department in the Manchester schools at this time. She approached the PTA Council with a suggestion to form a community youth museum. They put their complete support behind her proposal and even voted to name the new museum in her honor.

Each of the fourteen schools belonging to the council agreed to donate three cents for each child enrolled in its school and to provide volunteers to staff the new museum. The teachers in Manchester were surveyed to ascertain what materials and exhibits would best augment their students learning experience. The people of Manchester were asked to donate needed items. The quantity and quality of the donations reflected Manchesterâ€™s excitement and enthusiasm in establishing their own museum. 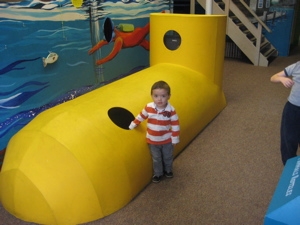 The Board of Education offered the museum its first home in the basement of Waddell School. It was from here that the exhibits were cataloged, assembled, and distributed. By 1957 the rapidly expanding museum possessed hundreds of kits and had a volunteer league of one hundred people.

The museum was incorporated as a private non-profit organization 1958. The Board of Education offered the museum a new home in June of that same year. The museum was moved to 126 Cedar Street, which is adjacent to Washington School. That building was originally constructed by the Cheney family (owners of the nearby mills) in 1859 as a school for their children and those of the factory workers. On September 26, 1958 the museum opened its doors to the public and began a new phase in its life. The museum now had a home that would allow the display of its collection, the exhibit of live animals, and a space to hold year-round classes for children. 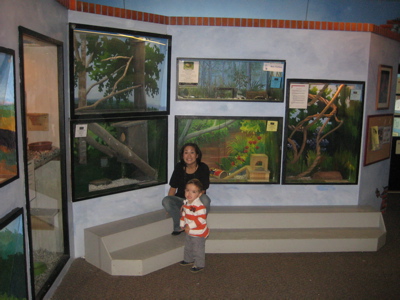 In 1964 the museum expanded its operation when the Town of Manchester entrusted it with 53 acres of land. Trails were cleared, bridges built, and a building erected on the site. The Oak Grove Nature Center enabled the museum to supplement school science with outdoor nature study.

The museum had outgrown its home on Cedar Street when the Town of Manchester proposed a larger building in 1982. The former South School building is situated beside the Charter Oak Reservoir with scenic views of the Manchester Country Club. The museum accepted the larger building and adopted a new name at the same time. We became the “Lutz Children’s Museum” because it more clearly identified our mission. 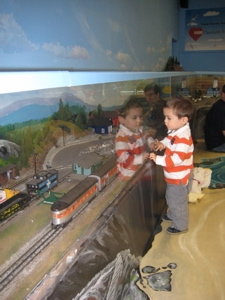 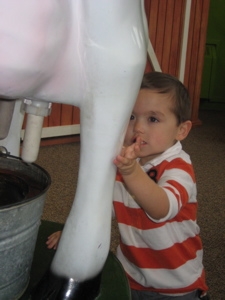 The third main room (there’s also a “Shadow Room” where your shadow is visible on a piece of photo-receptive paper) is “Farm Life in 1800’s Manchester.” There’s a lot of good information in this room; the history of agriculture in the area and some other interesting stuff about farm animals. 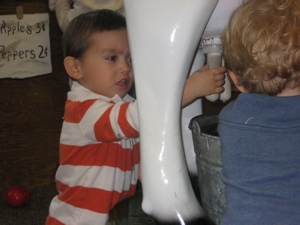 And there’s a cow to milk, which is always fun. If you want to learn more about local farming history, here, read this: 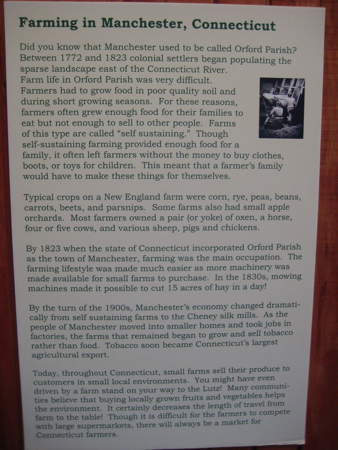 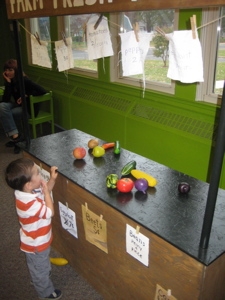 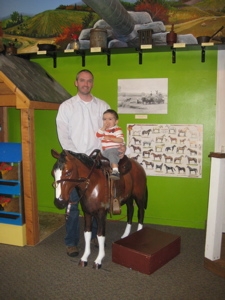 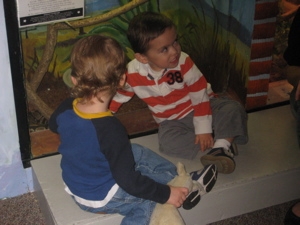 Marveling at the dead mice for the owl: 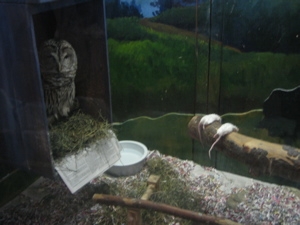 And signing “thank you” to Josh and his parents for the fun party: 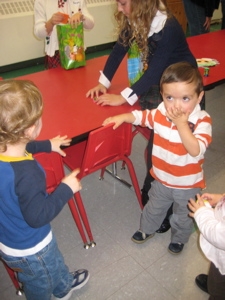 We really enjoyed our afternoon at the Lutz and it was neat to see Damian interact with his little friends. Note, we’re always available for parties at museums! 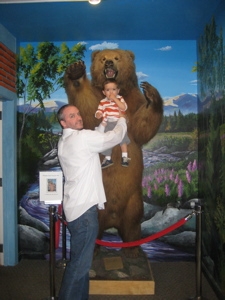 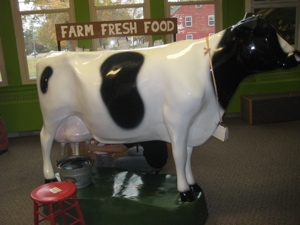