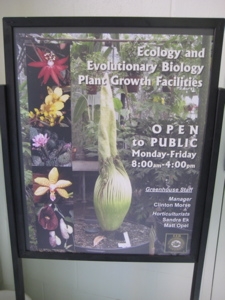 I was excited to check out the old stomping grounds again, but also a little weirded out. The campus has undergone some massive changes since the early 90’s when I ruled this place. (That’s right, I totally ruled.) But that wasn’t the weird 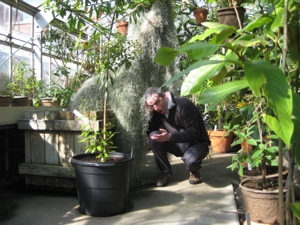 part; just being back in the building and seeing the names of my old professors on the doors and peering into the labs I once worked in was a little odd. 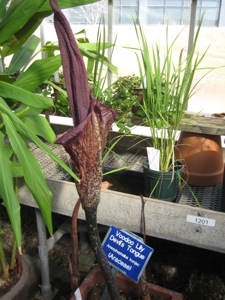 The greenhouses are impressive to say the least. I’ve seen greenhouses before, and a few have been included here on CTMQ. Notably, the Beardsley Zoo Greenhouse, which was pretty good. Of course, this being an uppity New England liberal university, they don’t refer to the greenhouses as mere greenhouses: 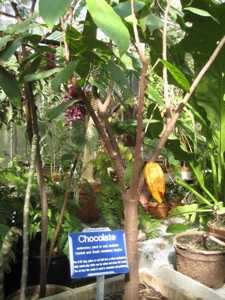 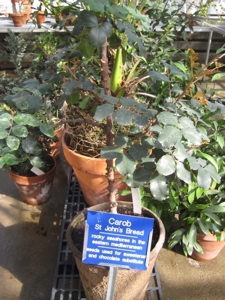 For the record, while I did take a few botany and plant related courses, I was more into evolutionary morphology of animals, particularly fish and the fish-amphibian evolutionary pathways. Fish are amazing animals and their diversity is astounding. I did a whole research project on… Wait, you don’t care. Long story short, I interned at the Quinebaug Fish Hatchery (CTMQ Visit here) and at one point was going to study lobster genetics in an effort to manipulate a population’s genome to weed out cannibalism and sexual aggression. I figured if I could do that (they are WAY too territorial to “farm”) I would become a millionaire. 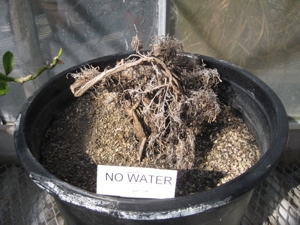 One hot area of current study is the evolution of flowering plants and… Ooops, sorry, off on a nerd tangent again.

The greenhouses, as they often are, are hot. It was February in Storrs (always 10 degrees colder than anywhere else in the state at any given time and if it snows, be sure to add on an extra 5 inches when in Storrs) and I was sweating my epiphytes off. But I slowly wound my way through all three greenhouses (though only two are open to the public. I pulled my EEB diploma cred). 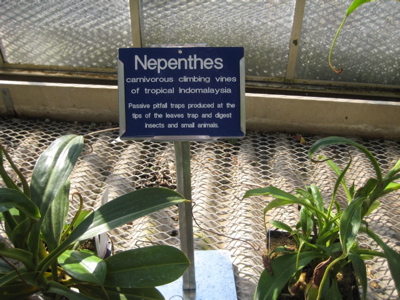 There are some really exotic and cool plants here. There is a massive collection of orchids – I remember being told back in the day that this was the largest orchid collection in the country? In New England? In Connecticut? I forget. 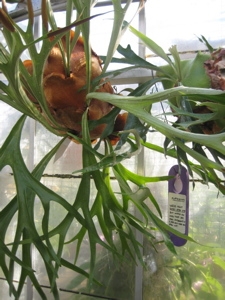 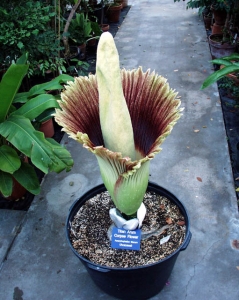 What’s more, the titan arum is known more infamously as the corpse flower (here, to the right). Why? The corpse flower is specifically adapted to attract carrion flies and beetles, which ferry pollen between plants so they can produce seed. The colors of the corpse flower – a sickly yellow and blackish purple – imitate rotten meat. The smell is powerful and unpleasant, with elements of old socks, dead fish, and rotten vegetables. In addition, the corpse flower is warm-blooded, heating itself up at the height of flowering, probably to help spread its putrid odor. It is irresistible to flies, which are tricked into thinking they’ve chanced upon a dead animal, and thus help pollinate the plant. 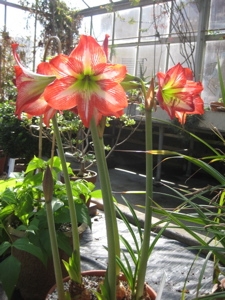 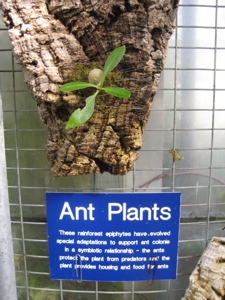 I was excited to get over to the new biology building to check out the exhibits they have on display now. If you didn’t know, walking through any University biology building can be a very museumish experience. They always have stuff on display and whether your intention is to learn or just to see something cool, I suggest stopping by one if you’re in the vicinity. I know it sounds weird, but trust me.

The only problem is that there will always be 20 year olds staring at you. And if you feel like taking pictures, they’ll immediately Twitter about the creepy old guy taking pictures of bugs. I’m probably on some punk’s Facebook page after trying to take a decent picture with no one giving me the stink eye in it. (As you can see, I failed mightily.)

There were displays noting Darwin’s contributions to biology and then a few cases about preserving biological specimens. There was a beetle from 1894 that looked alive next too a case of black dust. That black dust was a bunch of butterflies collected only 30 years ago, but stored improperly. They were eaten by carpet beetles who then died and disintegrated. 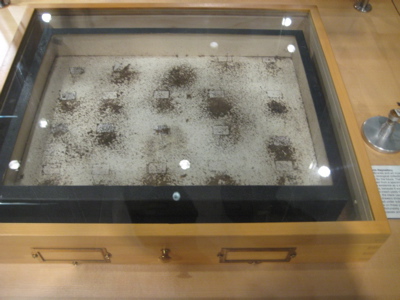 I was invited to view the awesome new collections rooms but declined. (Again, this was due to my knowing Clint in the greenhouse and being an alumnus… I’m not sure they are open to the public but I’d guess you’d be let in if you ask.) I had a few more places to check out before driving back home to pick up my son.

I’m telling you, this is a really cool place to visit – especially in the spring and summer when everything is blooming. 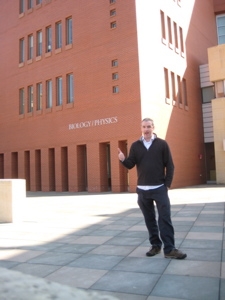 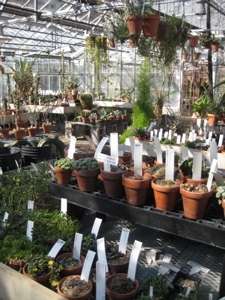 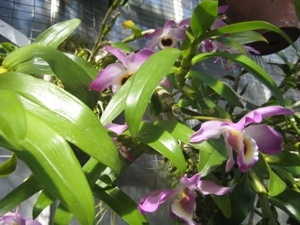