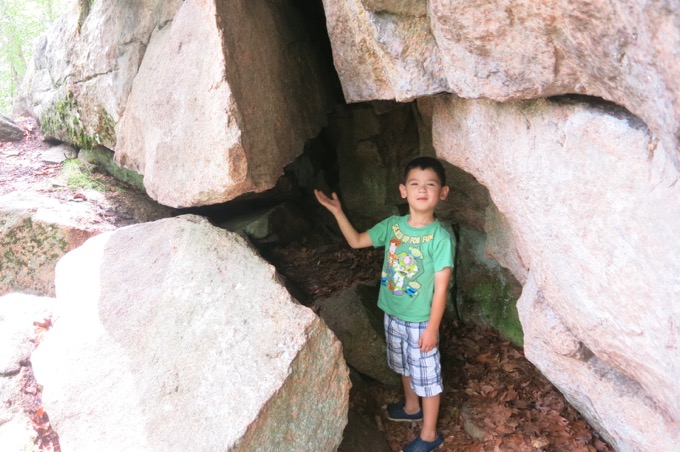 Tuesday in August, no camp/school/activities for the boys.

What to do, what to do… I didn’t really know as I buckled them into the car and headed south. The forecast called for rain, and lots of it. So I thought we’d go to Rocky Neck State Park and see if the nature center was open there. My thinking was that if it was pouring rain, I wouldn’t be required to pay the ridiculous fees our more popular state parks charge. 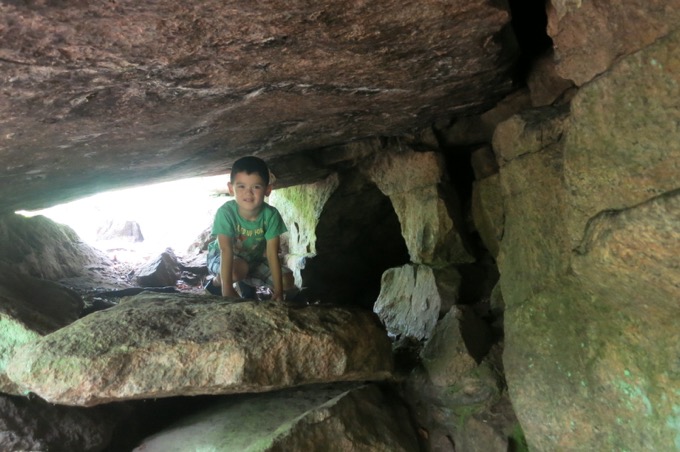 On cue, as I left I-95 on Rocky Neck’s exclusive exit, the skies opened up. Monsoon. I approached the young women at the ticket booth and asked if the nature center was open.

“I don’t knooooowwwwww…?” came the vocal fry uptalk non-answer answer. “The guyyyyyy is … I don’t knoowwwww…?”

I said, “Yeah, well, we’re only here to go to the nature center, and as you can see it’s pouring so hard that I can barely hear your horrible voice, so there’s just no way I’m paying you an entry fee right now.” 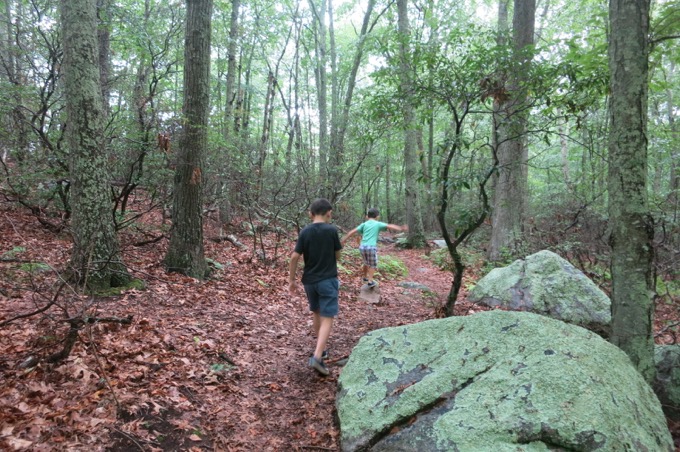 “Well, no. You see, I’m going to drive in to confirm if the nature center is open or closed. Again, it is raining so hard right now traffic on I-95 is nearly stopped. We are not going to beach.” 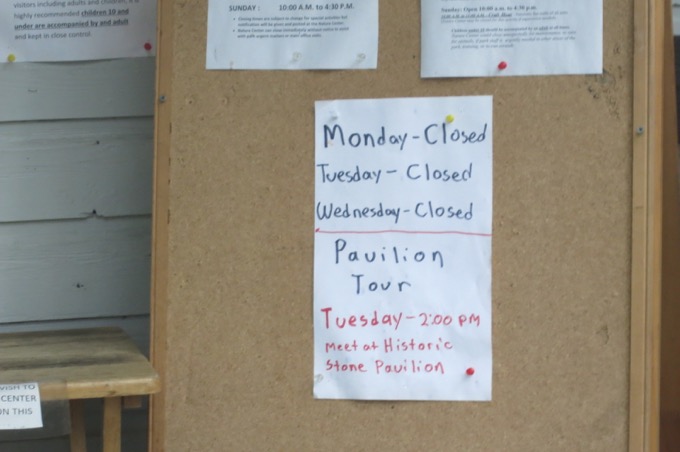 The nature center was indeed closed. And it suddenly stopped raining. So we went to the beach and… Just kidding.

I parked in the nearly empty parking lot next to the entirely empty field parking lot and hustled the boys out. We scurried down the paved path closed to traffic and headed into the wet woods for a shortcut (and to avoid the park rangers who were surely on our scofflaw tails).

Back to the road, surviving a few cloudburst, and… 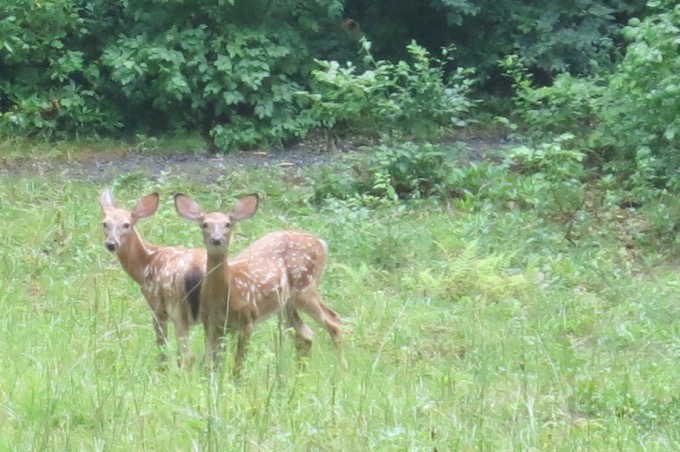 These two just sort of stared at us. Clearly, they are quite familiar with humans. I was surprised to see two fawns alone, but then took a closer look and got the glare from their mom. 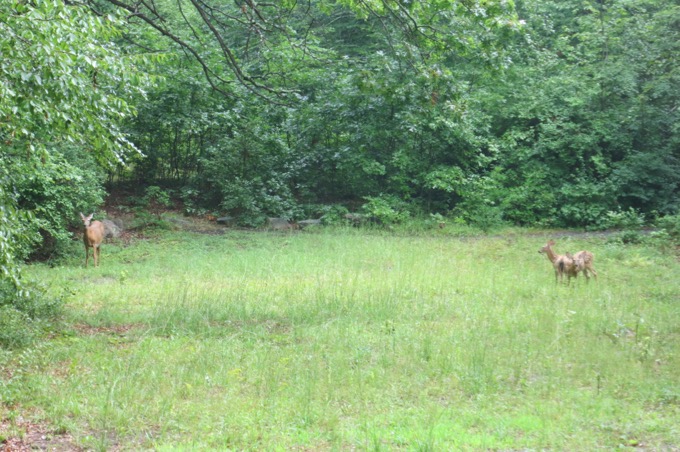 On the other side of the road was Baker’s Cave. It isn’t, of course, an actual cave. Just a cool jumble of glacial erratics that formed a sort of shelter. I couldn’t find anything about this “Baker” character other than the following oft-repeated tale:

One of these, Baker’s Cave, is supposedly named for a local man who hid in the cave to avoid military service during the American Revolution.

That’s from the excellent East Lyme Historical Society site and they don’t appear to believe the story either. 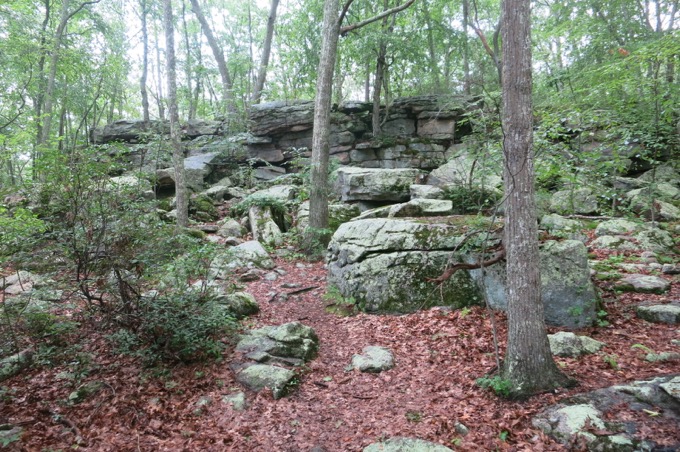 Regardless, Calvin had a grand old time clambering over the rocks and deep into the “cave.” Damian, as expected, refused to even think about checking the joint out and stood sentry at the bottom of the little hill. This was only notable because another cloudburst came through and Calvin and I stayed dry while Damian did not. 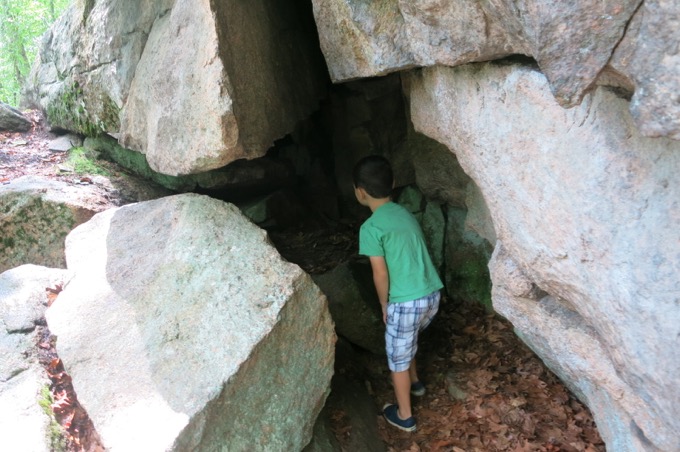 Then we walked back to the car and dried off and left Rocky Neck State Park. 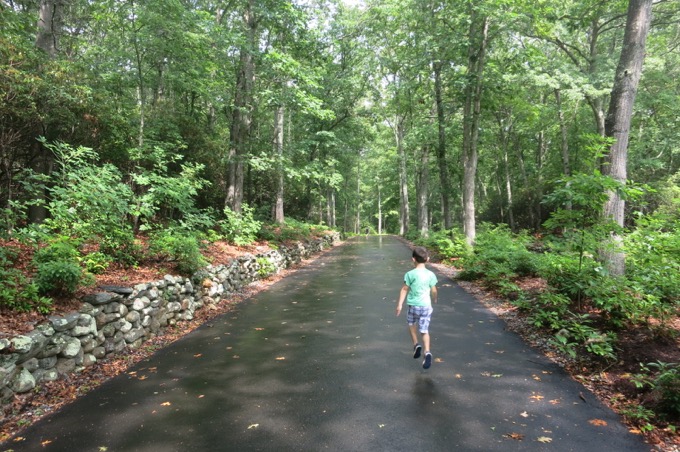 Apparently, Calvin Irish step-danced his way back to the car