This is a big page with lots of stuff. Outdoor stuff. You won’t find nature or Audubon centers here, as they are on the massive museums list. I’ll let you sort out whatever else you’re looking for. 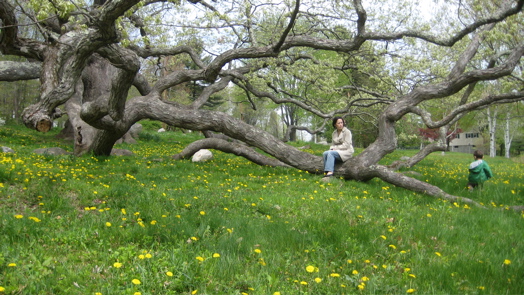 While there are hundreds of farms in Connecticut, these joints offer tours or other such ways to spend a fun farm day. I do have a separate pages for farms that serve homemade ice cream, cheese or and chocolate or wine which are often at farms.

There are two top notch lists within this section (CT’s Historic Gardens and our National Champion trees) but there’s a bunch of other cool places and things as well. Everyone likes trees and gardens, so let’s see what we’ve got here.

Not just any ol’ gardens and greenhouses, but the big ones. The important and historic ones. Heck, someone has even created a “trail” of Connecticut’s Historic Gardens for me to have another list to work my way through. Many of these places I consider museums or they are already part of museums.

Connecticut’s Historic Gardens: This is a collection of 15 gardens that the state has deemed important enough to exist on a “trail,” that has existed since 2002. Here’s the official Historic Gardens site.

Other Plants and rarities

I expect to happen upon a few wacky or interesting plants in my travels. Here they are:

The Halloween ice storm of 2011 in north central Connecticut wiped out a few of our champions. Champions are often old and prone to disease and death. And through it all the folks at Connecticut Notable Trees keep plugging along, week in and week out. Men like Glenn Dreyer, Frank Kaputa, and Ed Richardson who passed away in 2019.

Their list of Connecticut Notable Trees is massive, and also tracks all Connecticut State Champion trees. By the way, our largest tree, the Pinchot Sycamore in Simsbury, is not a National Champion. I’ll revisit the list below every so often, but it’s one of the most changeable lists on the entirety of CTMQ. Exact locations of those on private property are not generally advertised.

Other Trees of Note

Rocks. Majestic, artistic, historic, or otherwise interesting. You’d be amazed at how much one can write about rocks.

I used to discount our state’s panoply of falls as being fairly lame, but I’ve since changed my view. Waterfalls are cool, darnit, so I figure I should give them their due. And not just because the 2013 Connecticut Waterfalls Guide cited me and this very website a few times.

The guide lists 94 falls, former falls, and cascades in the state. Some are silly in my opinion, but since Dunn and Butler got their guidebook published with 94 falls, I shall go find 94 falls. Others listed below are from this site. Still others are my own – or my friends’ additions. 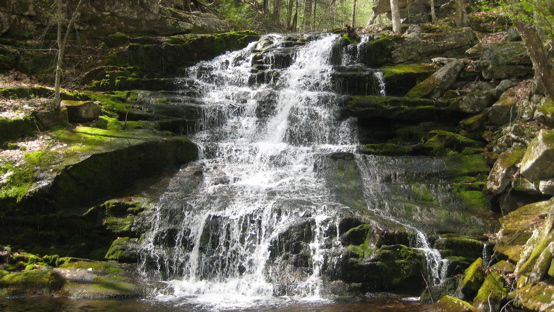 Many were visited while hiking – well before I maintained this list. As a result, many of my “reports” are terrible. My pictures are worse. Fortunately for all of us, my friend Justin Coleman has allowed me to post his incredible pictures of the falls we’ve mutually visited. The juxtaposition of his pictures vs. mine are, frankly, hilarious.

This is not remotely an exhaustive list. It’s something I put together in 2009 or so and never spent time expanding it.

Other Cool Geology Like You Learn About in College

Connecticut has an embarrassing habit of naming caves that are not really caves. By my reckoning, there are only a couple real caves in Connecticut – and they are tiny to say the least. The Central Connecticut Grotto states there is only one “real” cave – Tory Cave in New Milford. But hey, I don’t make the rules; I just copy the lists and visit them. Actually, many of these places have cool histories that make them much more interesting.