I’m writing a quick little series on several Suffield Land Conservancy properties. Calvin and I ripped through a few of them on Election Day together; but don’t get too excited. These are more cautionary tales than anything. 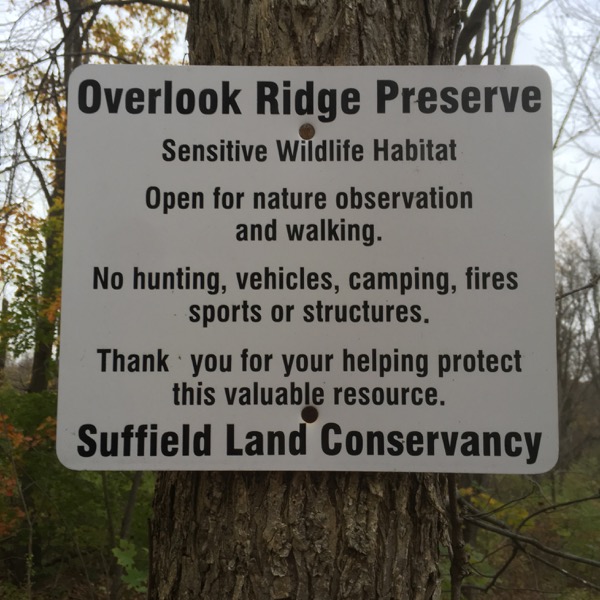 But here? At the Overlook Ridge Property? Not really.

This one is “on Spruce Street.” Ok. Spruce Street is fairly long. But I found it! It maybe a 10 second drive west from route 187 on the left. There’s a gate there and everything. 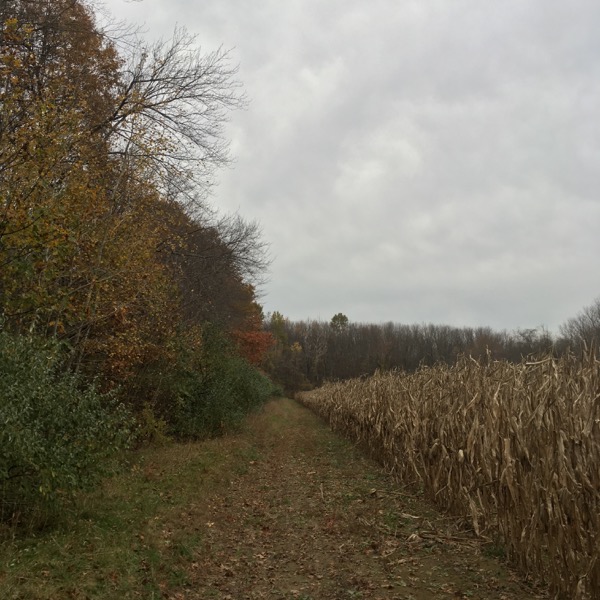 That locked gate is there for the farm owner to get his tractor in there I would assume. But hey, this 10 acre plot of farmland surrounded by trees is SCL property, baby.

So let’s hike! Down the entry path and towards the field and… 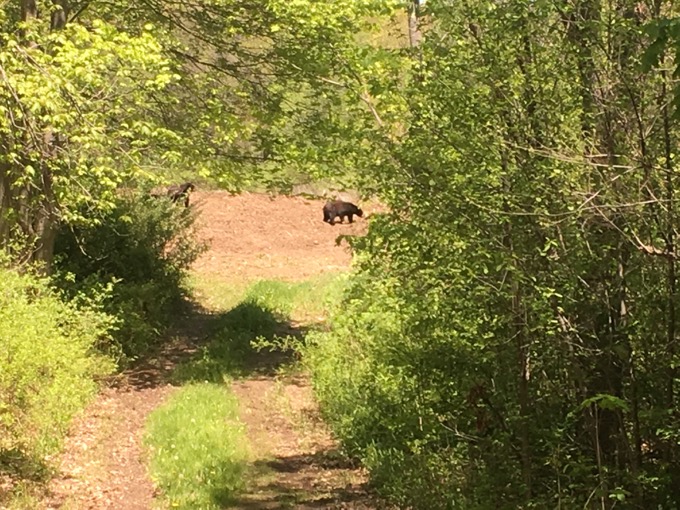 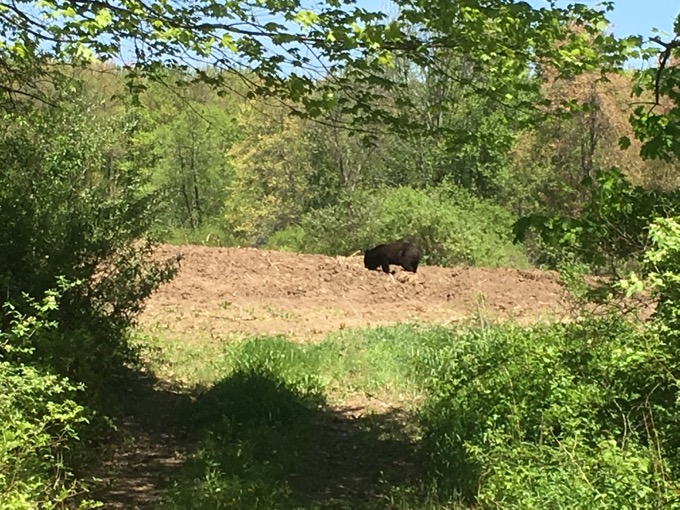 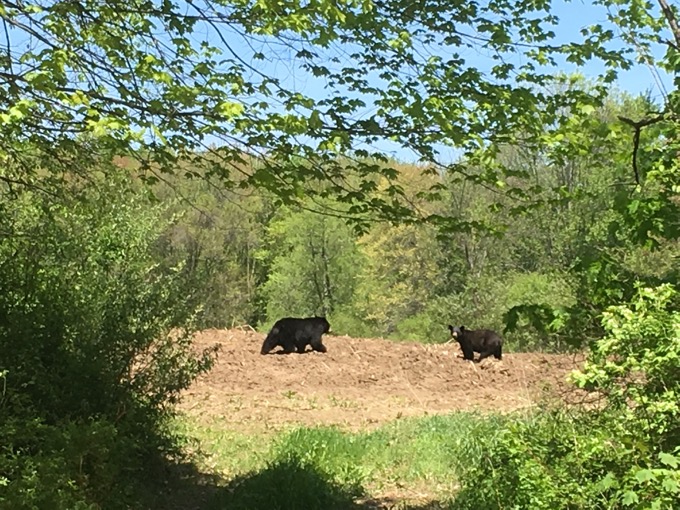 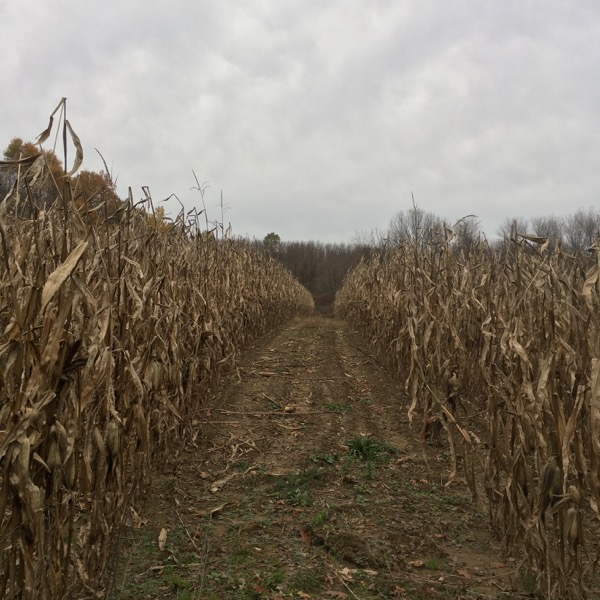 Or much of anything, really.

Then I went back to my car. 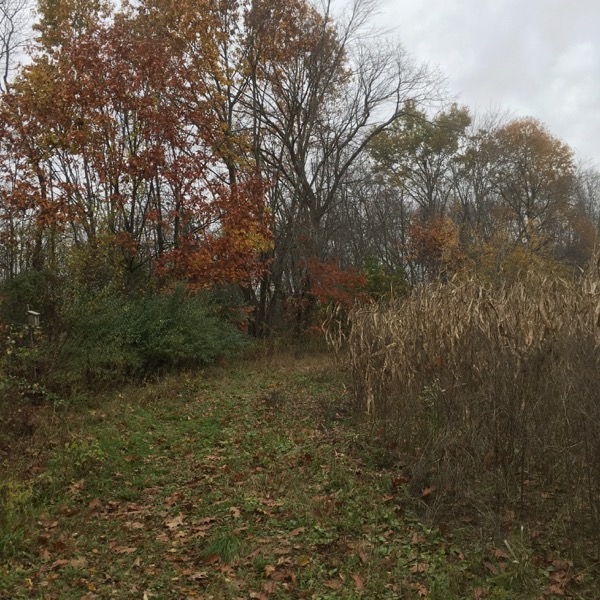