I’ve written many times over the years that, due to Connecticut’s relative lack of things like “real” caves and impressive waterfalls, our guidebooks and websites highlight some rather weak fake caves and piddling falls. 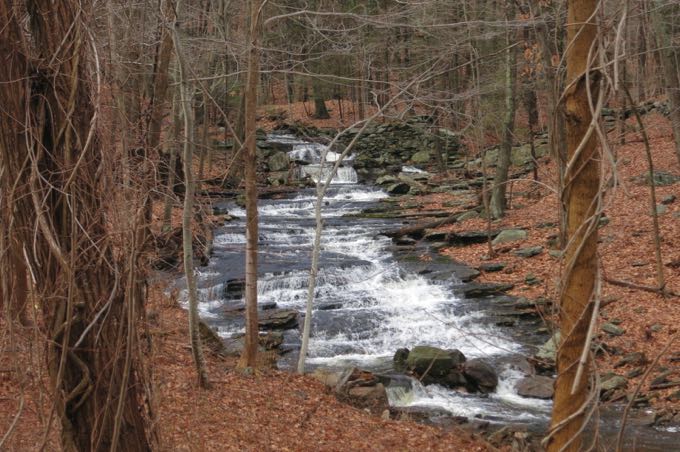 (And, as a result, I must therefore highlight a bunch of fake caves and piddling falls on my site.)

So it is with mild shock and surprise that I’m writing this page about an easily accessible and rather pretty waterfall that doesn’t seem to have any press. Or a name. Or anything, really.

Even my picture, taken in haste after a 10 second walk from the shoulder of route 82, gives you a sense that this is a worthy waterfall. (If I didn’t have my son with me in the car, I’d have popped into the woods for some slightly better pictures, but since I don’t even have a name for these falls, that probably would have been overkill.)

For you good photographers without little kids in the car, here is the location of these secret falls (so secret that thousand of people drive within sight of them every day). 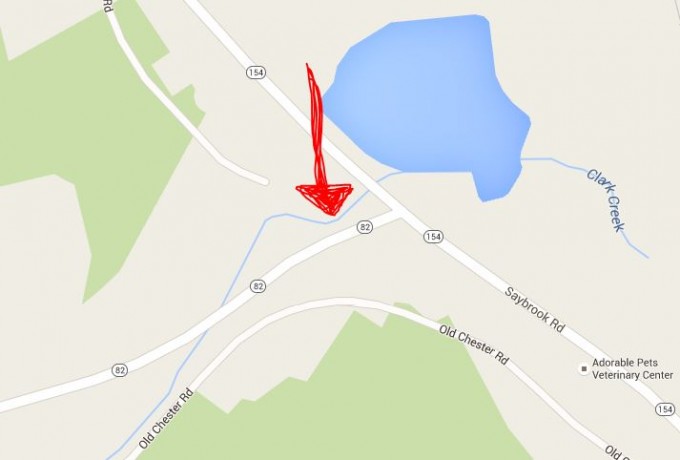 Now go make me proud and take a few good pictures of this thing. I’m happy to report that my friend Justin Coleman has done just that: 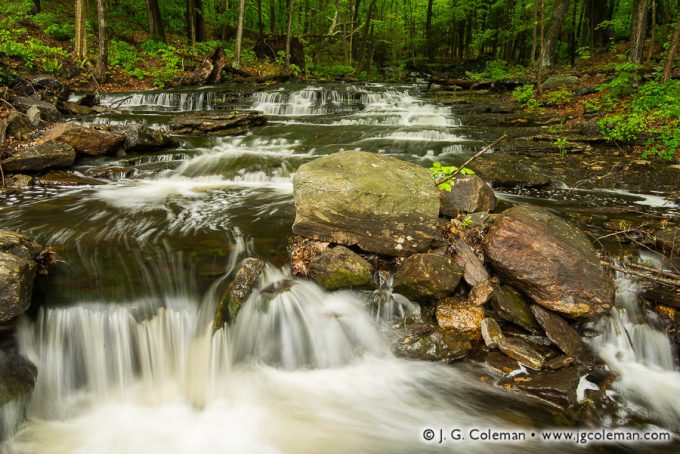