Cargill Falls is probably the thing in Putnam that most people associate with Putnam. Either the falls or the growing and cool little art community. The falls are more or less in the center of town, they are pretty, and they are the reason Putnam exists in the way that it does.

As with all post-industrial New England towns, Putnam sprang up around the river’s power. In this case, it’s the Quinebaug River. And mills have existed here for a long, long time.

In fact, it is claimed, perhaps longer than anywhere… 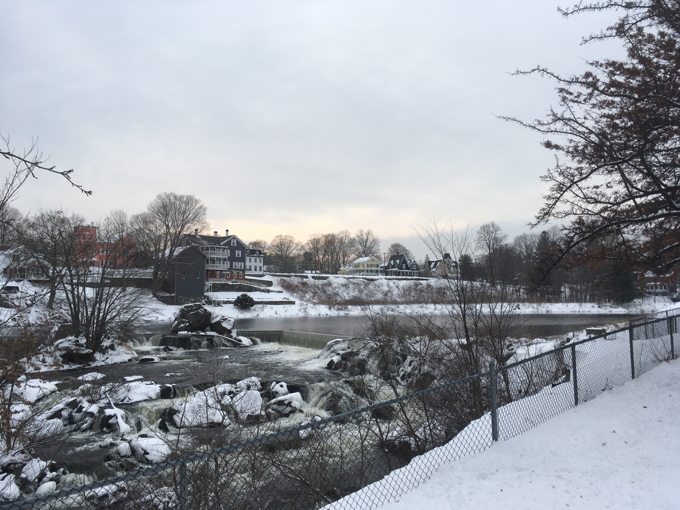 Cargill Falls, aka, the Great Falls of the Quinebaug River, consist of a series of small cascades and rapids on the Quinebaug River – a large river which rises west of Southbridge, MA, and flows into the Thames River at Norwich. The falls are located directly below a broad dam which, except for being intercepted by a sizeable island near the center of the river, spans the entire width of the Quienbaug. The island divides the river into two main channels, including several secondary channels that run over the island like rivulets. The river momentarily turns into one giant kaleidoscope of broken streams, rivulets, and cascades.

Wow, that’s some of the most descriptive writing in the entire book. The author seems to love these falls. You can view them from a few spots, most notably on the bridge (route 44) that spans the river. 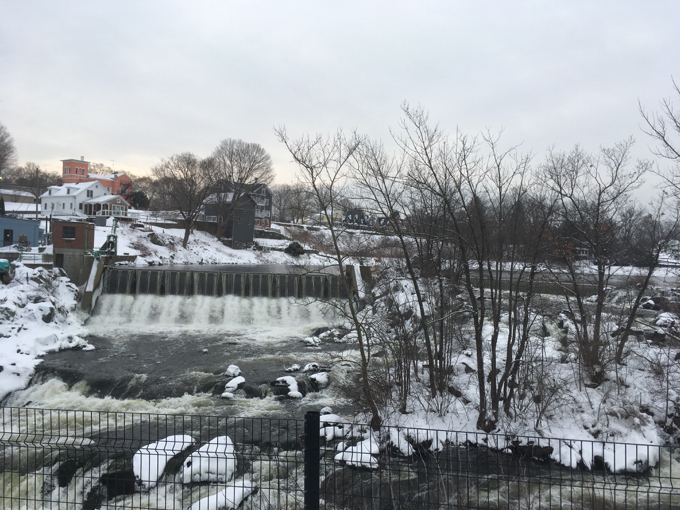 Prior to 1720, Davide Howe established Cargill Falls’ first industry. In 1730 a Scotsman named Captain Benjamin Cargill purchased Howe’s property and built a new mill. His gristmill was able to grind out 500 bushels of corn daily using three large millstones which Cargill had installed.

Okay. That all seems par for the 18th century (water)course. 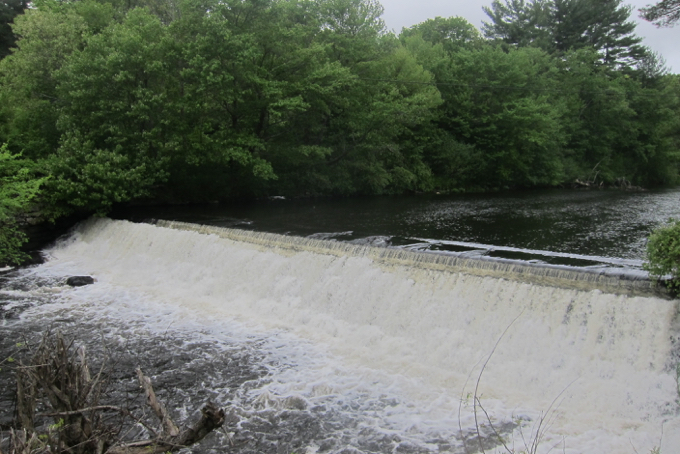 In 1807 the Pomfret Manufacturing Company started the Pomfret Cotton Mills to produce textile products. It is the oldest site of its kind in the nation.

Whoa. Hold on there! I had never heard of this relatively important superlative before sitting down to write this page. Is this possibly true? I know that Mansfield also claims the site of the oldest silk mill, but Putnam, CT as home to the country’s first cotton mill? 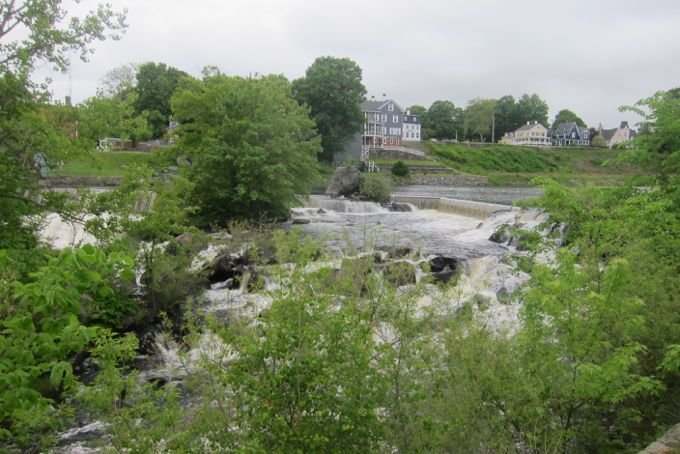 The Courant’s Peter Marteka wrote, “Once known as the Pomfret Manufacturing Company and Pomfret Cotton Mills, it began producing cotton textile products in 1807. It is believed to be the earliest cotton textile mill built in the nation.”

Unfortunately, my research indicates (quite clearly, actually) that the country’s first cotton mill was in nearby Pawtucket, Rhode Island. In fact, I can’t find anything corroborating Putnam’s claim to (incredibly mild) fame. 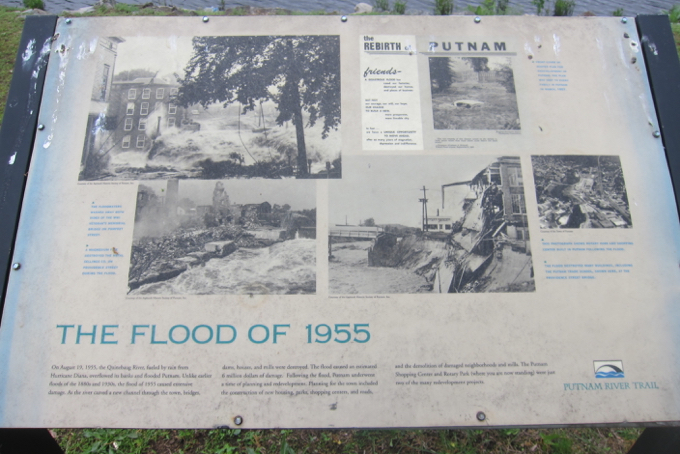 Regardless, there was some very early US industry here. The falls are pretty and Putnam is a quirky little town. A town that was very nearly destroyed in the 1955 flood, by the way.

Just thought I’d throw that in there. 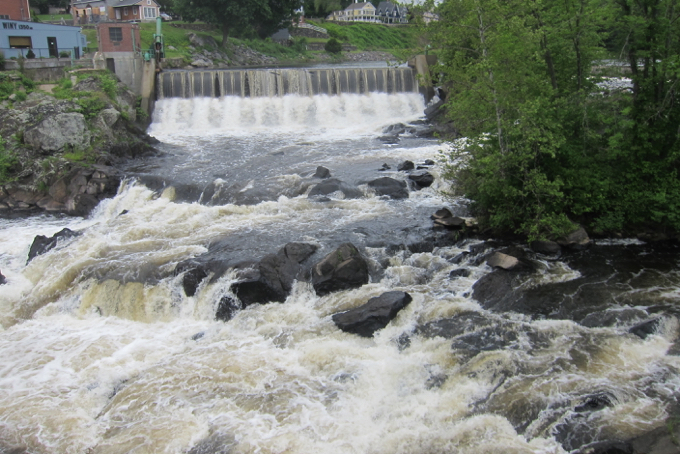