Most Connecticut citizens, when they think of pine trees, visualize a young pine tree of the kind ordinarily seen in nurseries or water company plantations. It will amaze such persons to see what the great pine trees of Connecticut really looked like when the white men first came to this State. The Cathedral Pines of Cornwall offer a unique opportunity in this respect. 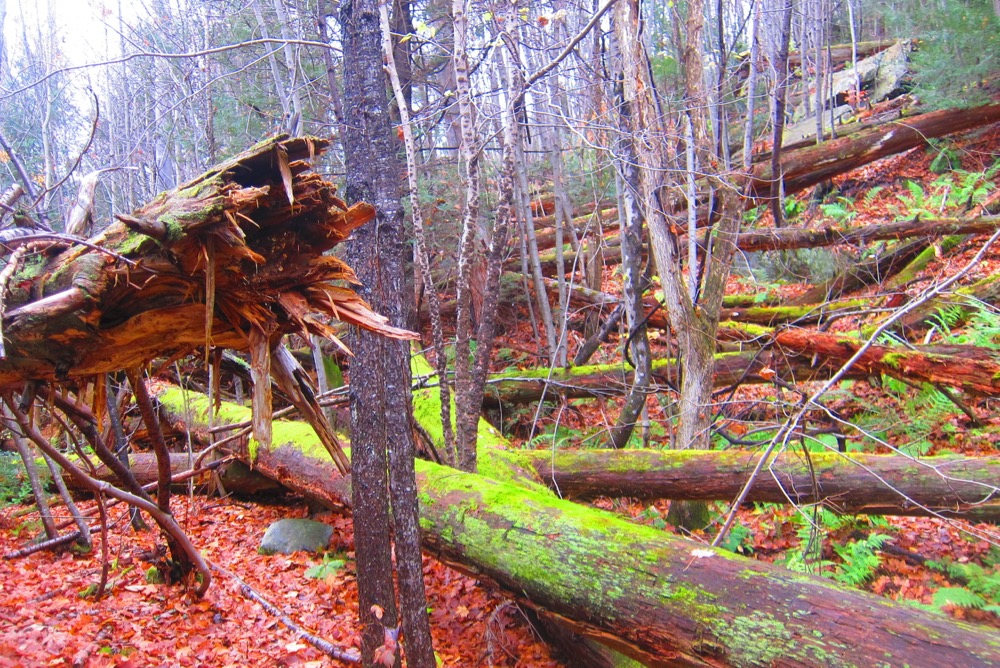 I apologize for the weird and bad picture quality of what truly is one of Connecticut’s beauty spots. I apparently thought that an oversaturated coloring looked cool one day. Of course, my ability to take nice pictures of Cathedral Pines would be bad, filter or no filter. 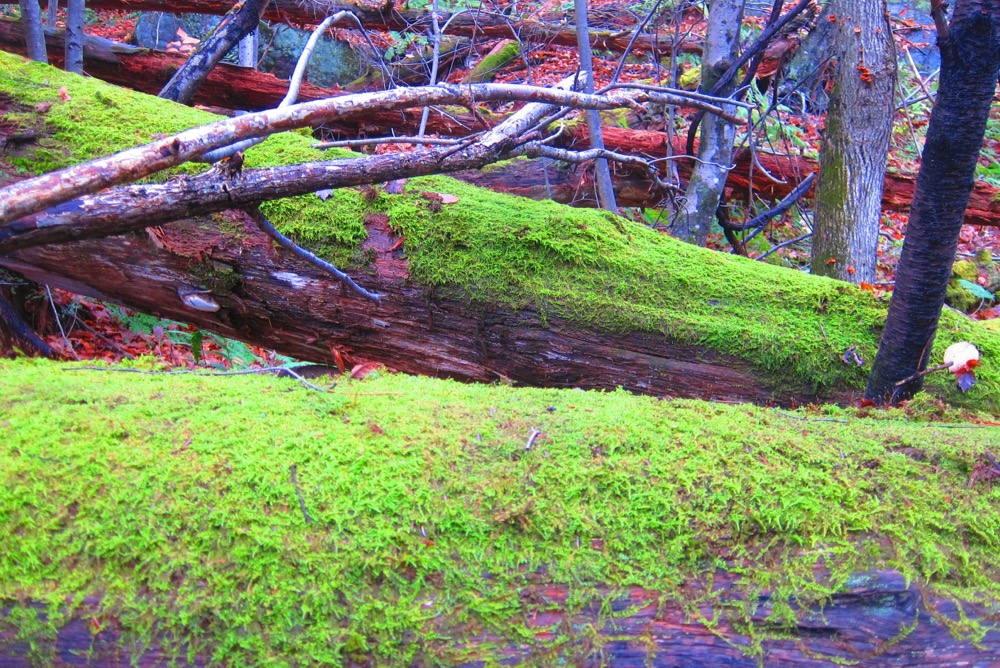 Only one of which was more or less destroyed by tornadoes a few years after it received its national distinction… Cathedral Pines. Yes, New England’s largest stand of old-growth white pine and hemlock trees was devastated by three tornadoes in July 1989. The existing (non-Mohawk) trail here traverses the remaining intact portion of the stand. That the stand was still standing in 1989 is fairly amazing.

The preserve was donated to The Nature Conservancy in 1967 by three members of the Calhoun family: Jean C. Bacon, and John and Frank Calhoun. The Calhouns originally bought the property in 1883 to prevent its being logged and it became a popular tourist attraction by the late 1800s and was featured on numerous postcards in the early 1900s. 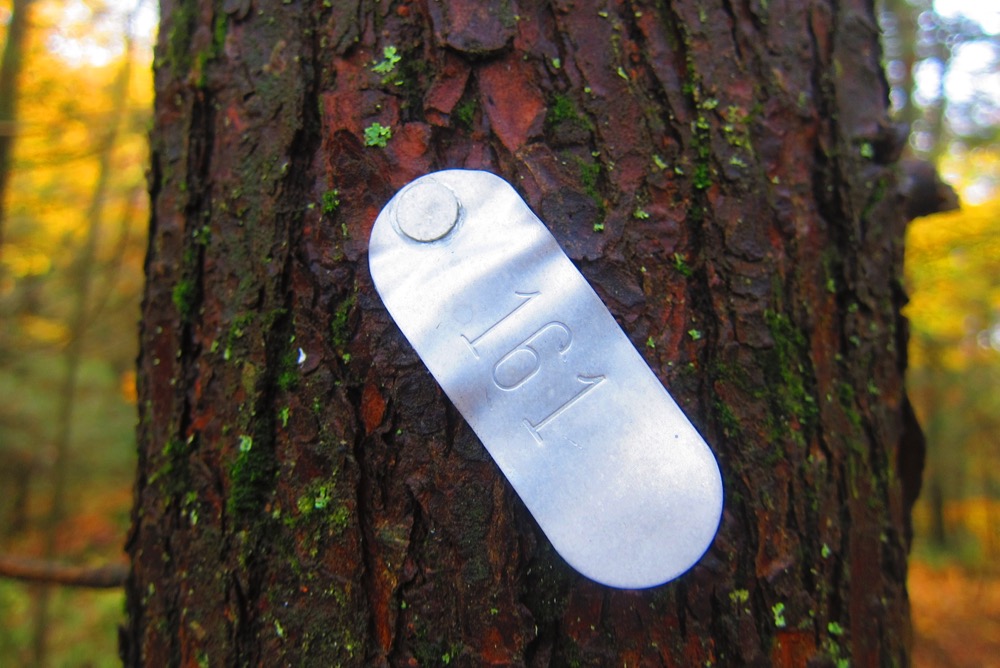 The Cathedral Pines forest was established between 1770 and 1800 from seedlings. They were part of a thousand acre farm and when the owner died in 1881, the land was sold to John E. Calhoun, who vowed to preserve them as a majestic forest. The Pines were at different times called Calhoun’s Pines and the Calhoun Grove. Keep in mind that pine boards would have netted Calhoun a small fortune, but he apparently really loved the trees – or didn’t need the money. Or both.

The land stayed in the Calhoun family through 1967 when the children of John E. Calhoun deeded the 42-acre Cathedral Pines to the Nature Conservancy, which established the forest as a research area protected from human influence in its development. Rather than harvest high quality lumber from felled trees, the Nature Conservancy allowed them to decay naturally. 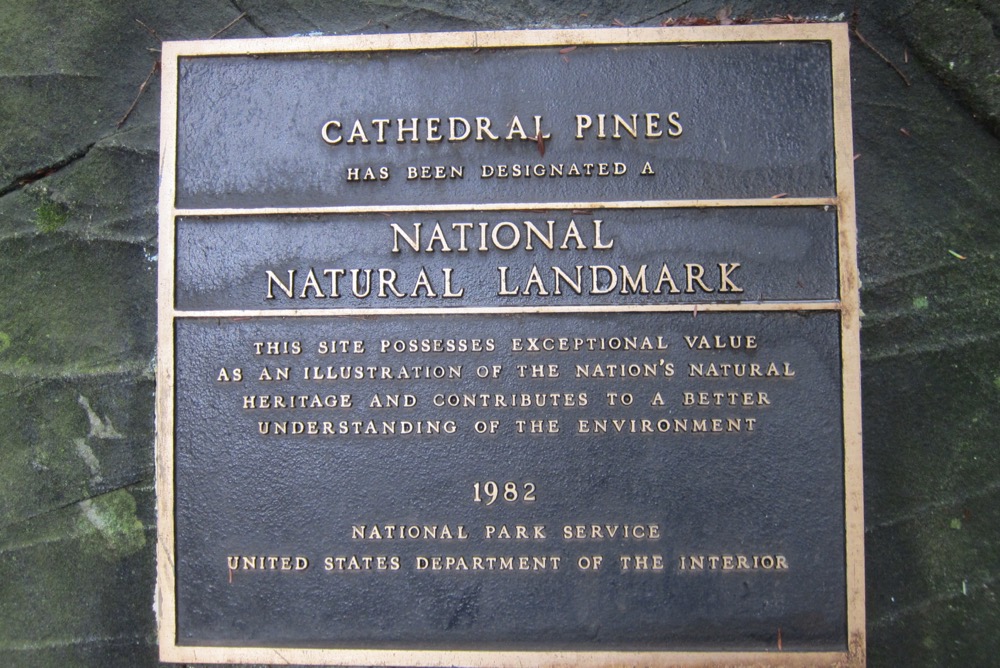 Even by 1945, it had become clear that the pines were being slowly replaced by hemlock trees. The slow transformation of the forest from pine to hemlock was sped up dramatically in 1989 by the devastating tornadoes.

Those twisters dramatically changed the view on Essex Hill Rd. Thousands of tons of timber lay on the ground. And, they’re still there today. The Nature Conservancy, who owns and manages the property, allowed the cleanup of logs along the roadside, but have stuck to the original wishes and deed and the other felled trees have been left on the ground. 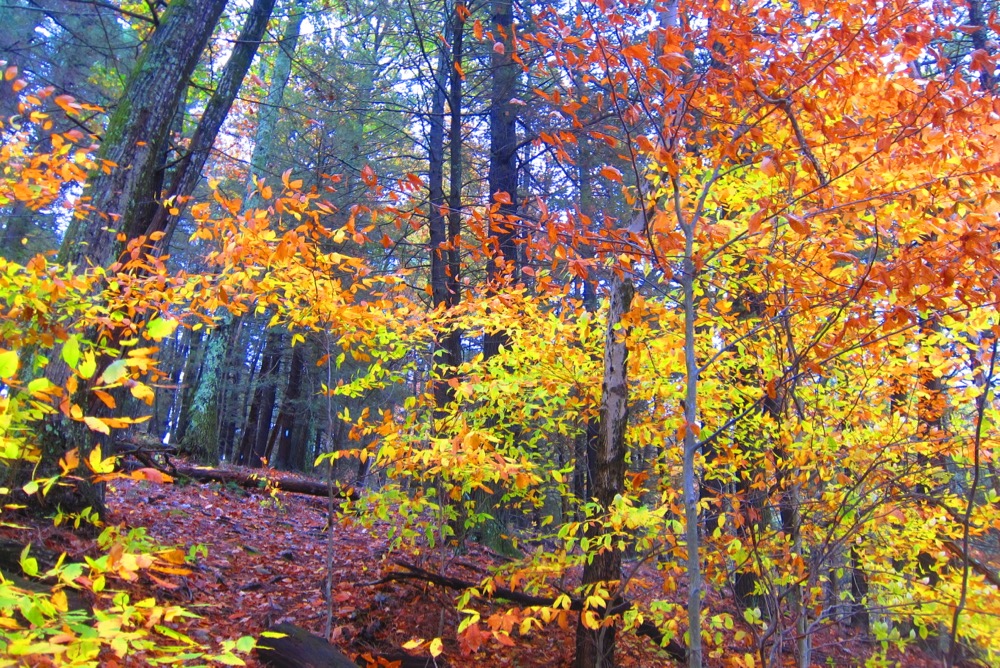 It’s a little crazy that a state which doesn’t see too many tornadoes had three twist through such a small yet treasured forest. The tallest tree there was 172-feet tall. Today, supposedly there are only two trees over 170-feet in New England; both white pines in Massachusetts. I have no clue what the tallest remaining pine here is today, but there are still several monsters still standing.

And frankly, Cathedral Pines and the little Nature Conservancy Trail off Essex Hill Road is still really cool to visit. And I’m glad it didn’t lose its National Natural Landmark status simply because it was essentially destroyed in 1989. That’s life, right? The sign still stands, the plaque remains, and people still visit the place to this day. 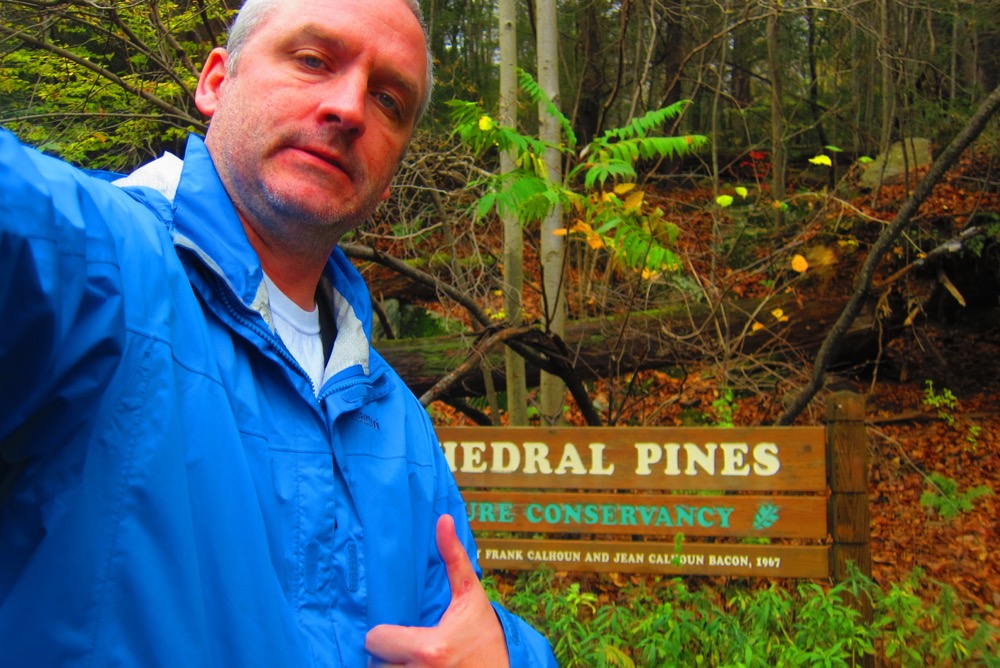