Caught in a Webb of Rockin’ Excellence
Middletown (Google Maps location)
May 18, 2011

I take great pride in my massive list of Connecticut museums. I’m confident in saying that unless someone has copied and pasted it somewhere, it is by far the most comprehensive list of such things. (The same goes for several of my other lists, but if you’re reading this page you may already know that.) 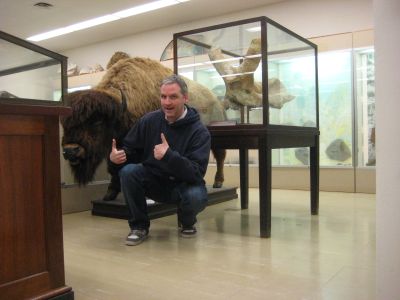 I think I’m a pretty good father. And a readable writer. But I’m really, really good at making lists. I’m not as great at completing them, although CTMQ has allowed me to actually do that on occasion. (And this is when my brain gets fizzy and I start thinking about stuff like how there’s a Connecticut Dinosaur Trail but it doesn’t include the Joe Webb Peoples Museum and how it should and if only I… breeeeeeathe, Wood, breathe.

This museum was one of those rare museums that I stumbled upon a few years while auditing my museum list. I find great joy in those moments, which I think surprises a few people. For me, finding things to add to lists is like Christmas. I get emails all the time from well-meaning readers alerting me to something about which I was already aware. One out of every hundred or so contains a new nugget – and yes, I love that. 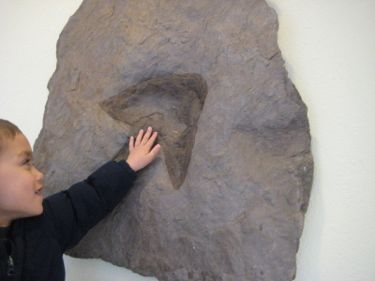 I had reached out to Wesleyan regarding the access issues for this little museum. It’s only “open” when a specific professor is there to open it for you. I was in Middletown on Wesleyan’s campus for something else, and even though my first email attempt was non-committal, I decided to give the Joe Webb Peoples Museum a shot.

Oh. And I had a surly Damian with me. This should be pleasant.

The museum is housed on the fourth floor of Wesleyan’s Exley Science Center. Damian and I found parking for the rather large building and walked around to enter in the front. Note: Bringing little kids into university buildings is pretty weird. This wasn’t a weekday, but still… people stared. 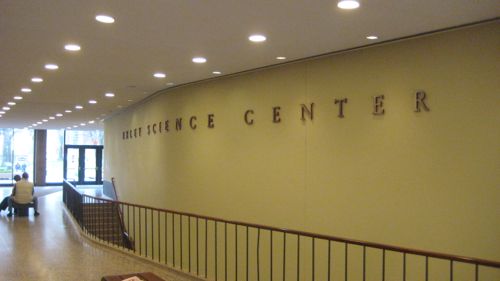 (I won’t delve into the fact that Damian was showing everyone some of his worst behaviors, but let’s just say they had reason to stare.)

The ground floor of the building contains a rather impressive long exhibit of various dinosaur fossil tracks. In a very real way, the museum actually starts down here, especially when you consider who Joe Webb Peoples was. 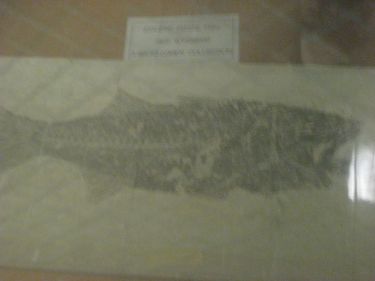 The page on the Wesleyan site about the dino tracks waxes a bit poetic:

Entering the Tower from the south entrance huge wall prints become an immediate presence. Dinosaurs! Those tracks remind us that once, huge prehistoric creatures shook this very ground with their enormous feet. 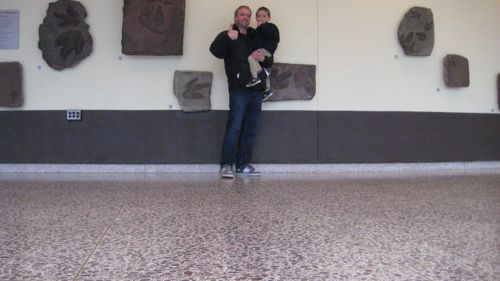 The following is from Wesleyan’s page upon JWP’s death:

Joe Webb Peoples, an emeritus professor at Wesleyan University who was instrumental in the establishment of Dinosaur State Park in Rocky Hill, died March 21 (2000) at age 92. He was a long-time resident of Middletown, then of Middle Haddam and most recently of Chester.
Professor Peoples joined the faculty of Wesleyan in 1935 as chair of the geology department, a position he held until his retirement in 1975.

His work on strategically important chromite deposits in Montana led him to full-time engagement in the war-effort during 1940-45 at the U.S. Geological Survey, where he was named assistant chief geologist in 1944.

At the conclusion of the war he returned to Wesleyan and was named George I. Seney Professor of Geology. In 1946 he was made a commissioner of the Connecticut State Geological and Natural History Survey, and in 1960 he became director of that organization.

He worked again for the federal government in 1955-57 while on leave from Wesleyan when he joined the International Cooperation Administration to train geologists in the Philippines and map chromite deposits in that country. 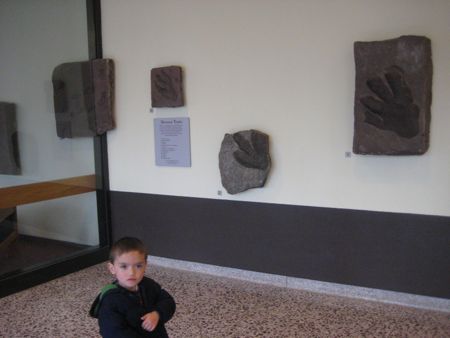 Hm. Getting a little off track here… let’s get back on – are you ready – back on track!

Through his work with the Connecticut State Geological Survey, he assured that dinosaur tracks discovered on state property in 1967 were not destroyed for planned development. He was instrumental in establishing educational programs about the tracks, founded the Friends of Dinosaur Park Association, and encouraged the federal government to declare the area a Natural National Historic Landmark.

A 30-foot mural of a Triassic-era scene is dedicated to him for his “invaluable efforts” in the creation and development of the park. 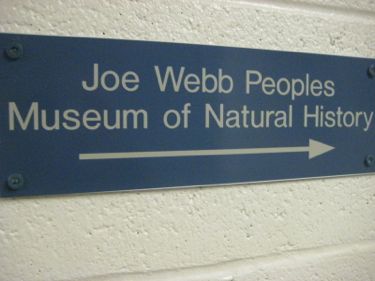 Oh yeah? Cool. Here’s our visit to Dinosaur State Park Museum – and if you’re cool and are interested, I have been visiting all of our Natural National Historic Landmarks as well.

One of Joe’s greatest abilities was to get people to work together on large projects such as the preservation of the dinosaur trackway at Rocky Hill,” said Peter Patton, professor of earth and environmental studies and vice president at Wesleyan. “Less well known, but in many regards more important, is the instrumental role he played in forging collaborations between the Connecticut State Geological and Natural History Survey, the U.S. Geological Survey and university geologists to compile the new geologic map of Connecticut published in 1985. 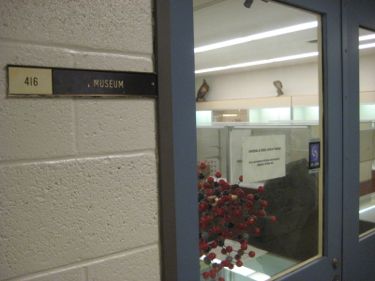 Wow, with all this buildup I sure was excited to check out the museum. But first, Damian and I took in the 24 different tracks up on the rounded wall. Most of these tracks were (surprisingly, to me anyway) collected along the Connecticut River in Portland’s brownstone quarries. Only a mile or two away from where I was standing.

Although a bunch of the tracks here are labeled Otozoum, the sign goes on to explain that they were probably made by a herbivorous dinosaur. Ok, so, um… ok. 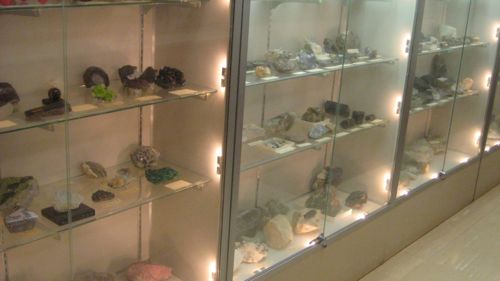 Now, I could name all the footprints in the pictures you’ve seen, but I’ll simply point out that the one one of them is none other than the famous Eubrontes giganteus which, as any good Nutmegger knows, is the Connecticut state fossil and is what Dinosaur State Park is built up around.

Upstairs on the proper floor you’ll find museum quality displays of all sorts of fossils and things up and down the halls. This is sort of a precursor to the museum itself. I checked out a lot of the displays while looking for the professor who would, in theory, be there to open up the locked museum to us.

She was nowhere to be found. Sigh.

I knew this risk existed, but to be honest with you, it was probably for the best as Damian was all done for the day anyway. So I spent a few more minutes learning about fossils of the Eocene in Wyoming and then we hit the road.

I returned alone a few weeks later with a firm appointment to see the museum. 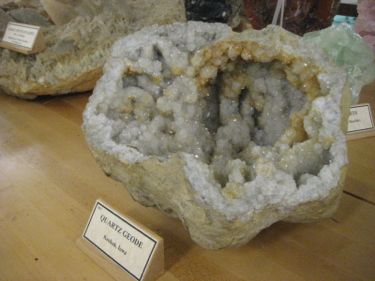 Straight up the too-small and too-rickity elevator and straight on down the hallway to meet with the professor to let me in. Yes! She was there!

She immediately and profusely began apologizing for the state of the museum. They were re-arranging some things, she said. It’ll be great in a couple months, said she.

While that all may very well have been true, I’ve come to learn over my years that it probably wasn’t. I mean, I fully believe her intentions were true, but if the clean up was ever executed? I have no idea. And frankly, I don’t care. The museum was perfectly fine for my purposes – purposes which the professor did not really understand. No matter.

She showed me around the single room museum and highlighted a few items along the way. Fortunately for me, she had other business to attend to and left me alone. With my camera. And a bunch of rocks.

Because really, as I’ve explained, Joe Webb Peoples was a geologist and this is a small geology museum. In disarray, no less. But what the heck, I got to learn that “cinnabar” is not a delicious snack, but rather a rather hard rock comprised of Mercury Sulfide. 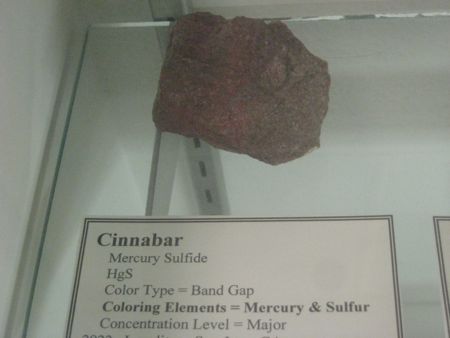 At least one half of the museum was comprised of minerals and such. So let’s take a minute to check some of them out. I found these pretty interesting: 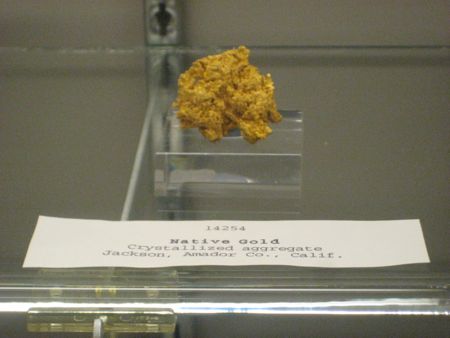 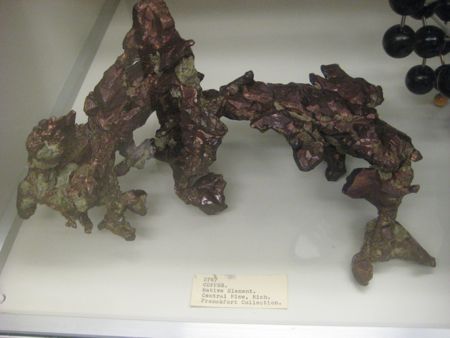 Some copper, from Michigan 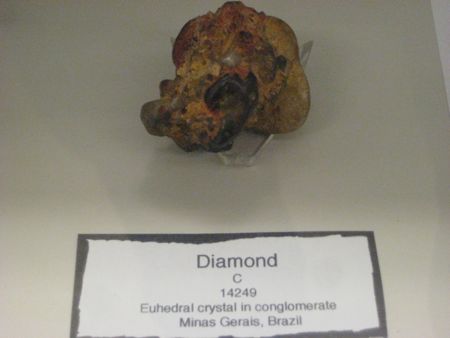 Some kind of diamond from Brazil. My wife would not have been pleased with this.

There was a large chunk of boring looking gray rock from Newfoundland on a pedestal. As it turns out, it’s not so boring. It was a chunk of Greywacke, which is a very hard type of rock. It had been broken open and then carved upon by pre-Eskimo natives. 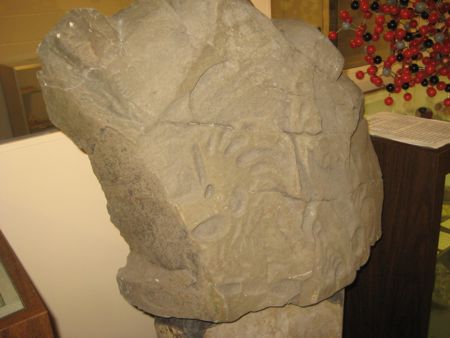 The carvings were of animals and such, and very primitive. In other words, this was a pretty important chunk of greywacke. Perhaps someday scientists will discern which peoples did the carving, because as of 2011, no one really knows.

I also spent some time with the museums tektites, because tektites deserve some love. Tektites are silica rich pieces of glass that form when meteorites hit the earth. Joe Webb Peoples scored some from Australia and some from “Bohemia” which was probably more identifiable back in Peoples’ day. 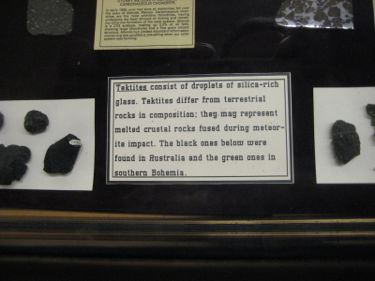 Over on the other side of the room were the fossils and “living” items. There are a lot of really cool artifacts here.

For instance, some carbonized Jurassic conifer leaves and roots from some sandstone from Suffield. That’s the thing here – many of the items are from Connecticut. And that’s pretty darn cool.

There were also pieces of shale from Cromwell that contained carbonized and fossilized insect larvae and “clam shrimp” from eons ago.

A large block of sandstone from western Nebraska here contained the bones of two 20-million year old (early Miocene if you’re counting) creatures. Take that, wackadoo creationists. One is a Menoceras which was a pig-sized rhinoceros and other bones here belonged to Moropus which was a close relative to horses and rhinos. 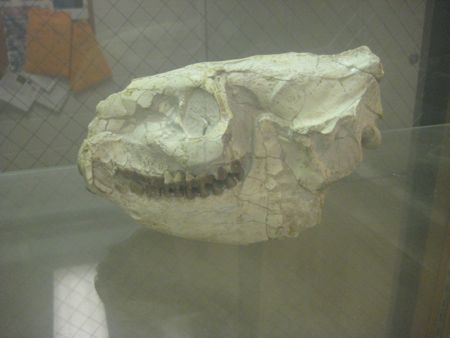 Another impressive find here is the Brontotherium skull. These things roamed what is now the high plains about 34 million years ago in the early Oligocene. The Sioux used to find these skulls and dubbed them the “Thunder Beast.”

There are some very nice paintings and murals here although I could tell some were being moved or cleaned. Other sections of the museum were under wraps for whatever inventory/cleaning reasons the professor apologized for earlier. 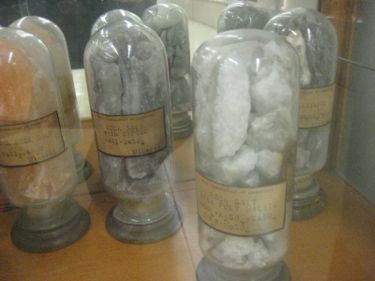 On my way out, I noticed some old school typed up evolution primers, like “ontogeny recapitulates phylogeny.” I remember that from 10th grade biology and while it is certainly not scientifically true all the time, the concept – that an organisms earlier life stages mirror the stages of evolution it went through (more or less) – was one of the things that drew me to evolution and biology (my college major).

I have come to really enjoy learning about geology, mostly through my hikes and the interesting trap rock ridges of Connecticut. That’s where it started, but I’ve come to learn there are many other interesting geologic things in our little state. But as cool as that stuff was, any evolution types exhibits will get me every time.

While this was a tiny little museum that is hard to get into, I enjoyed it. I wouldn’t necessarily recommend it to everyone, as a) I’ve no idea what kind of shape it’s in today and b) it’s small and dusty and fairly esoteric.

Which, come to think of it, is why I like it so much. 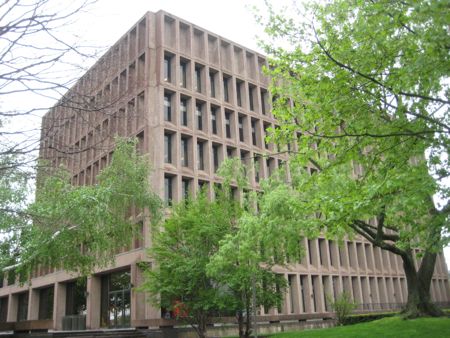