This page was written about a 2009 visit – two years before my younger son was born. That younger son went to a preschool that visited Auer Farm every month, even in single-digit temperatures. I chaperoned when it was 10 degrees outside and the kids did outdoor stuff for a good 45 minutes. I was proud of that. A few things have changed since this original visit (for the better) but the spirit of Auer Farm remains the same.

If for some reason someone someday embarks on the impossible and decides to read my museum visits in order – and you are that rather impressive-yet-insane person – I’m sorry.

I’m sorry because this visit review is hopelessly out of order. 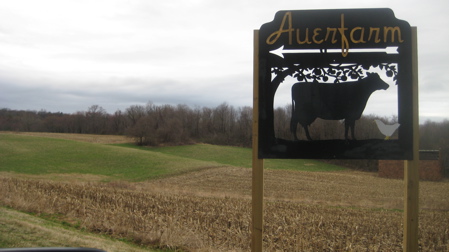 I took this one in March, if you were wondering.

You see, I had made the all-too rare decision to not include this place as a museum… And now I’ve overturned that decision. No, I’m not going to include every farm around the state, but I have decided to include so-called Educational Farms, of which there are a handful. Looking back, I included the Flamig Educational Farm without hesitation… So why not this one? I couldn’t come up with an answer to that, so here we are. 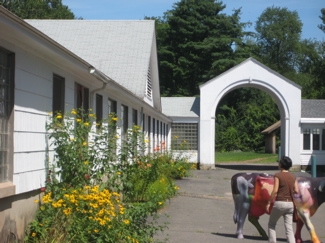 Regardless of what I call it, it’s worth visiting. It’s fairly unique and really geared towards children and educating them about many different aspects of farming, gardening, beekeeping, dairy production and the like.

We visited on Family Day and had a grand old time… So what exactly is this place so near my home?

The 4-H Education Center at Auer Farm is a private, non-profit education center located just minutes from Hartford, off Route 185 in Bloomfield. A partner with the University of Connecticut, College of Agriculture, the 4-H Education Center programs are based on current scientific research. This 120-acre farm provides valuable hands-on experiences to more than 18,000 children throughout the year. Seasonal programs are offered to school classes, community groups, and the public in the Center’s animal barn, gardens, farmland and orchards. 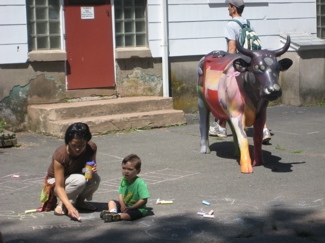 I was able to poke around the buildings while Hoang and Damian did some crafting. (I hate crafting.) I wandered all about and saw the maple sugaring house, some greenhouses, the apiary, and even some of the classrooms. I didn’t mean to trespass, but an intrepid museum writer must go where the exhibits are.

And I found them! 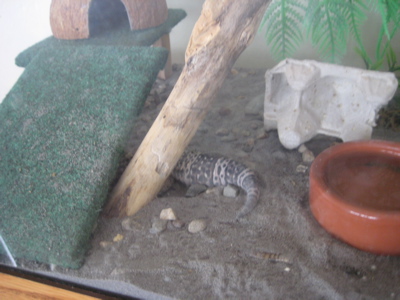 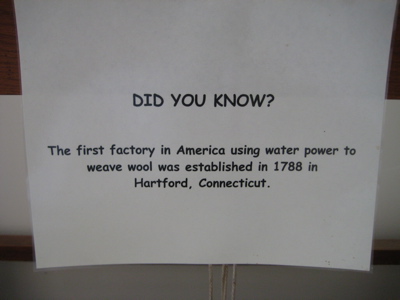 I actually did not know that.

But the coup de grace was the “When is a cow more than a cow” exhibit. This place does not pull punches, and something tells me that there is an age cut-off for when to bust out this doozy from the Florida Beef Council.

To quote some of the highlights:

Chemical manufacturers use numerous fatty acids from inedible beef fats and proteins, for all sorts of lubricants and fluids. Antifreeze contains glycerol derived from fatty acids to keep your car running cool. Tires have stearic acid which helps the rubber hold its shape under continuous surface friction. Glue from colloidal proteins has been used in automobile bodies. Even the asphalt on our roadways has a binding agent from fat. 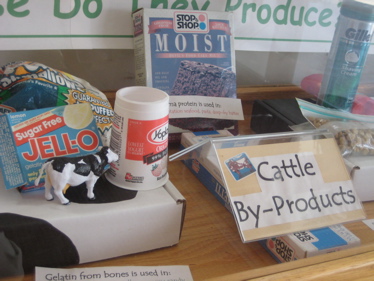 I left the classroom/exhibit areas and found Hoang and Damian in the barns. Rabbits, cows, goats, horses… All the usual suspects are here – and all with interpretive signage telling us visitors things we didn’t know. 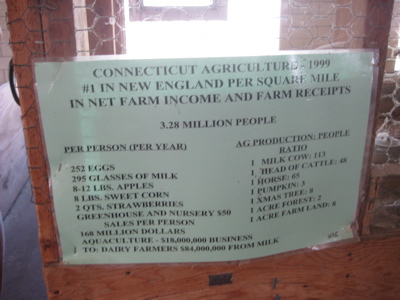 After that was all done, other families took hayrides through the orchards or went on walks through the fields. But Damian wasn’t up for any of that stuff today, so we waited around for the hand-cranked homemade ice cream and painted some more.

I picked up a 6 page document all about the Auer Farm. None of this stuff is online, so I’ll just transcribe some of the highlights. It’s funny, it’s been 8 months since my visit but I hadn’t read this until right now. I had no idea that there’s an Auer Farm – 4H – G. Fox connection. 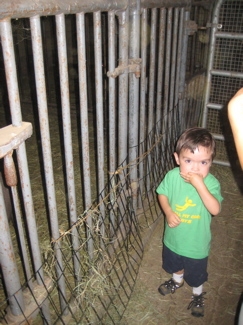 The 230-acre farm, founded in the early years of the 20th century, was honored as a model farm in 1950 and was the site for the annual CT Farm Conference in the late 1940’s and 50’s. The driving force for the long-term success of the farm was Beatrice Fox Auerbach. When her husband died in 1927, two years after buying the farm, she took control despite no knowledge of farming. 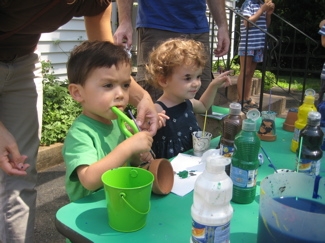 For 40 years she managed the farm with 3 production divisions: dairy with 60 purebred Guernseys, poultry and an apple orchard. All the latest technology was used and milk was processed on the farm. Milk, eggs and other farm products were sold at the G. Fox Department Store.

Dignitaries from throughout the country, including Eleanor Roosevelt, visited the farm and were impressed by the quality of the crops and animal production. Farmers from abroad came to learn modern practices for use in their countries. Besides running the farm, Mrs. Auerbach achieved national prominence in the 1930’s as the first female president of a leading department store, G. Fox and Company. Her good business sense, humanitarian work practices and philanthropic ventures left a legacy from which people benefit today. Mrs. Auerbach also supported 4-H by sponsoring the statewide 4-H dress revue held at the department store. 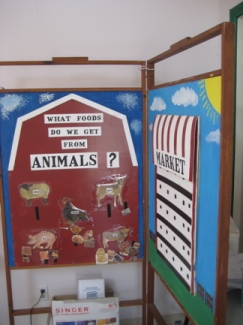 By the beginning of the 1970’s, the Auer Farm Guernsey herd was donated to the UConn dairy program. All the chickens went to market… Creatively, an orchard partnership was formed between the 4-H clubs and the Auerbach family. The 4-H clubs had full use of the orchard as long as they maintained it.

The Auerbachs recognized the value of 4-H… and in 1976 they gave the entire farm to 4-H with an agreement to maintain the property as open space and provide a community resource where children and families learned about and enjoyed the ambiance of the farm. 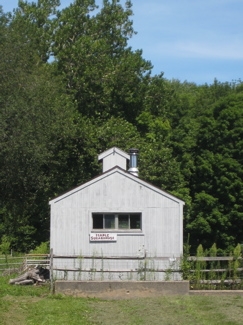 It continues for a few more pages. 4-H whipped the place into shape in the mid-70’s and re-established a lot of the old buildings and production areas.

It’s all a rather wonderful story and a great success, right there in Bloomfield under all of our noses. 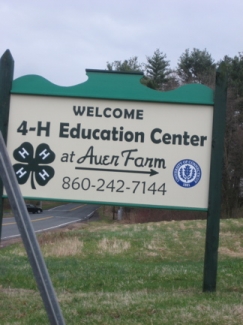