Big tree fans and big tree fans alike, you might want to grab a tissue for this one. Glastonbury’s former national champion striped maple tree is dead. Like, snapped near the base and lying on the forest floor dead. Dead.

But it was a national champion from Sep 2016 to Aug 2017 and then a national co-champion from Jan 2020 to Oct 2020, so here at CTMQ we still honor our former, fallen champions. If I happen to find them… which wasn’t the easiest task on the rainy summer morning – even with Connecticut Notable Trees guru Frank Kaputa leading the way. 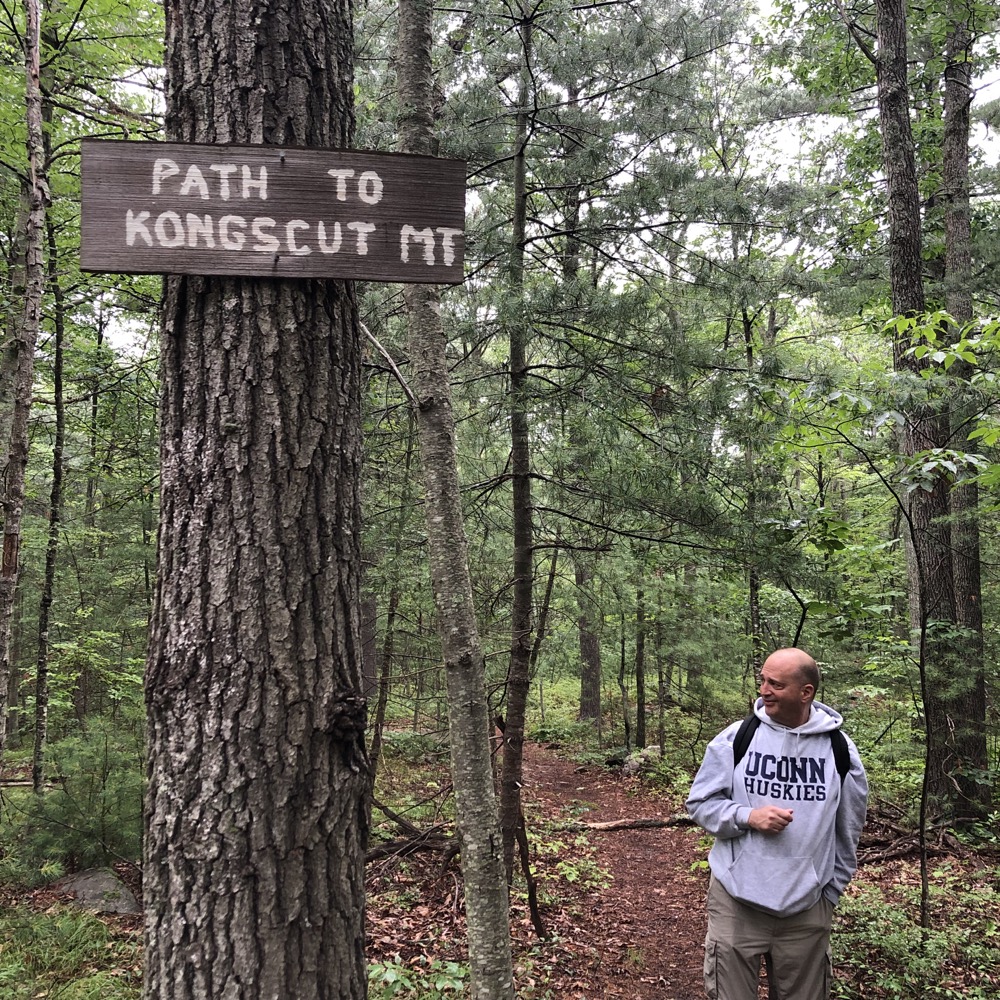 The tree stood deep in the Meshomasic State Forest off of Goodale Road. The Mesh has a mess of trails – old woods roads, illicit ATV tracks, mountain bike single track, and a slew of actual hiking trails, marked and unmarked.

The trail from the small pull-off lot here, just as the road changes from asphalt to gravel, is well-cleared and even has signs noting nearby Kongscut Mountain. I had come here with Frank after he and I found another former national champion Glastonbury tree; a poison sumac in a swamp several miles away.

During our walk to and from that tree, Frank and I had exchanged pleasantries and I had prodded him a little bit about how he fell into this hobby. Now with an easier walk along a trail, I would probe a little deeper. 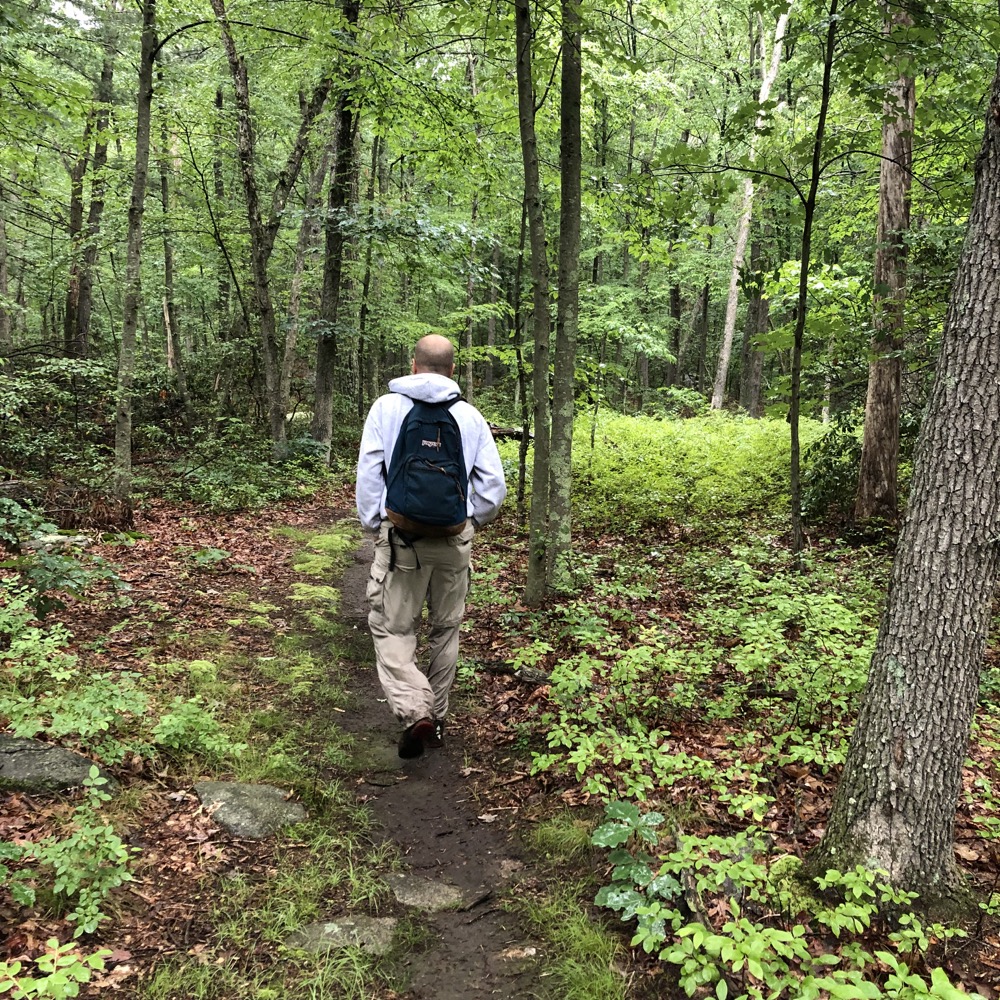 As we began, Frank told me about the former resident of the nearby house responsible for this trail. And in fact, he was responsible for the Notable Trees project coming here to look at all of the striped maple trees. I apologize for forgetting the details, but you must understand I was in the presence of Tree Royalty and my excitement muddled my memory. Tree Royalty? RoyalTree?

That works. Frank is the current Dean of Connecticut trees, but the true king was Mr. Ed Richardson. I never had the pleasure of meeting Ed, and regret that I had opportunities and never took advantage before he passed away in 2019. Ed was a self-taught tree expert who spent years studying the trees of Connecticut. Just a regular ol’ WWII veteran who worked in the insurance industry, Ed volunteered numerous hours of his time to find, measure and catalog large and interesting trees for the Notable Tree Survey of the Connecticut Botanical Society. He mapped out the trees in Hartford’s Bushnell Park, Institute of Living, Elizabeth Park and Cedar Hill Cemetery. 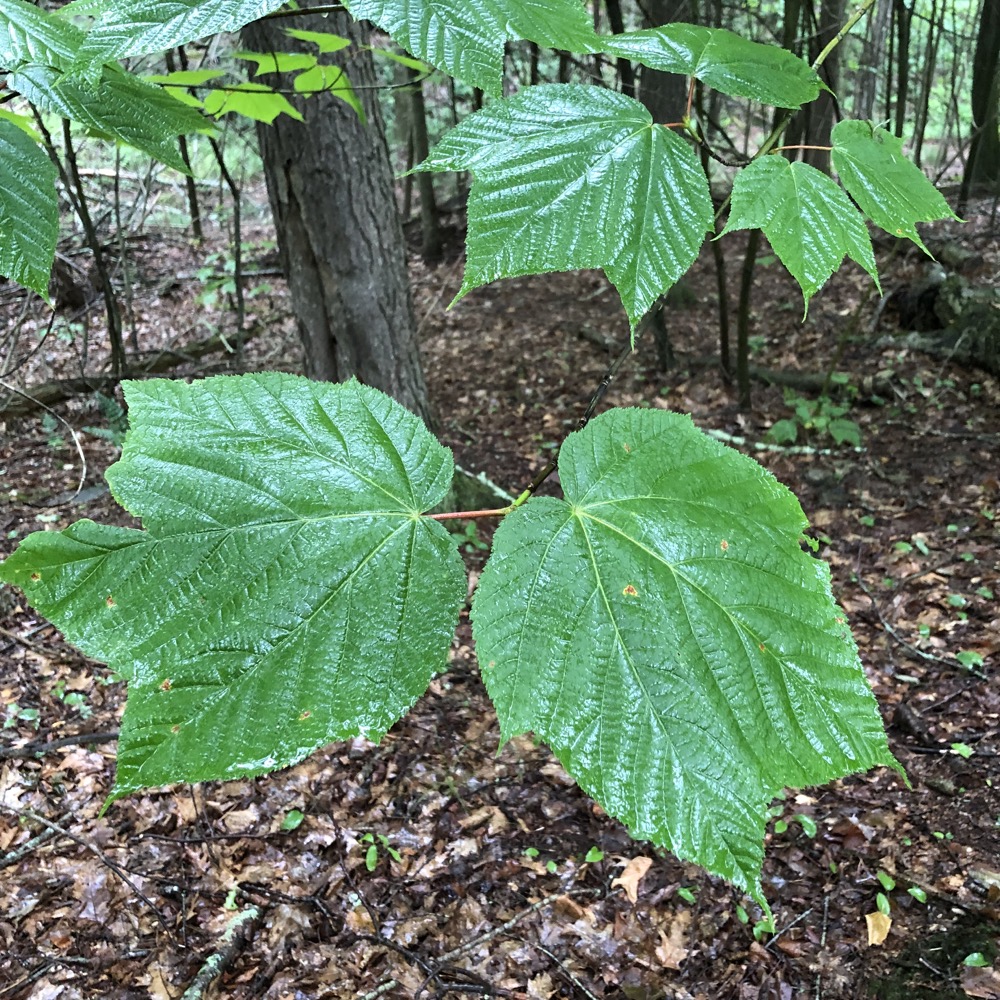 All of that is great, but it’s not what you should know about Mr. Richardson. By all accounts – and there are many – Ed was one of the kindest and most selfless people that has ever walked the earth. He loved trees. He loved identifying them and cataloging them. He spent his retirement years scouring Connecticut for state and national champion trees; joining Connecticut College Arboretum’s Notable Tree Project in 1986 and, according to his obituary, over the next 33 years found and measured 2,662 of the 4,257 trees in the state database.

Hearing Frank’s impromptu eulogy of his friend and mentor was truly touching. Before getting choked up, the subject was changed to that of striped maples. These are not the maples you think of when you think maples. Striped Maple is a slow-growing understory tree which rarely grows over twenty or thirty feet tall and is often found growing as a shrub. The trunk is generally short and forked, usually divided into a few ascending, arching branches. 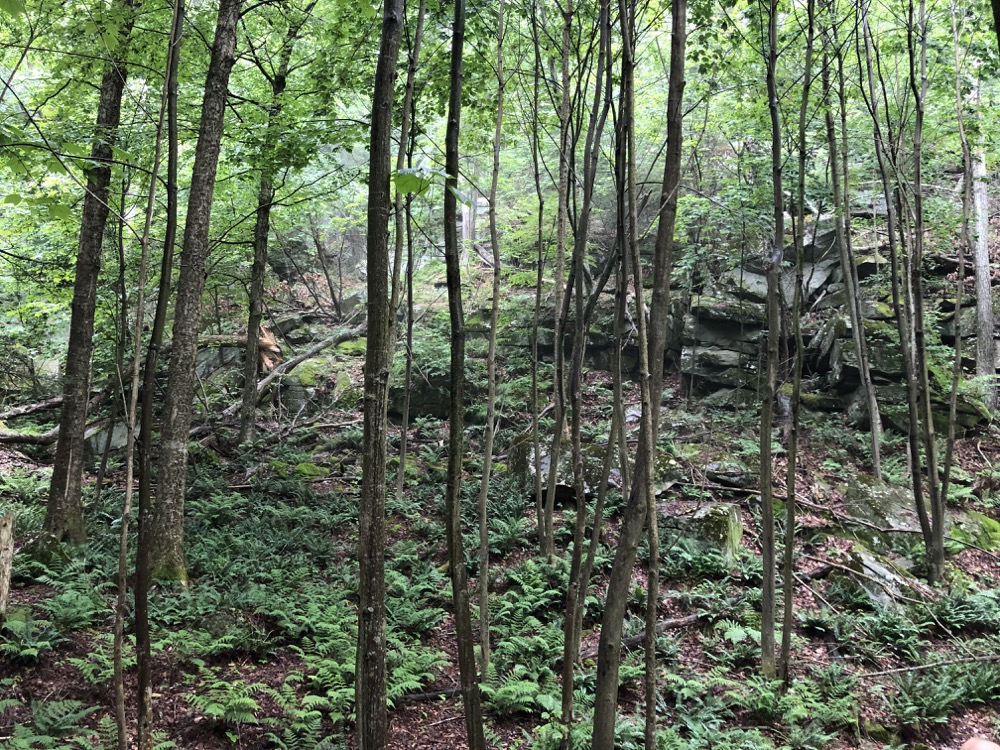 Striped Maple bark is smooth and green or greenish brown and features long white or pale vertical lines – the striping in its name. These trees prefer cool, moist forests, often preferring slopes. It is among the most shade-tolerant of deciduous trees, capable of germinating and persisting for years as a small understory shrub, then growing rapidly to its full height when a gap opens up. However, it does not grow high enough to become a canopy tree, and once the gap above it closes through succession, it responds by flowering and fruiting profusely. “I can’t grow any taller, I may as well spend my energy making baby trees.”

The leaf is pretty distinctive too; it looks like a goose foot. (The tree is called Goosefoot in some quarters.) Apparently someone was talking about striped maples somewhere and the owner of the house out on the road overheard. He nonchalantly mentioned that there were tons of striped maples in his woods and that, in fact, there were a few approaching that 30-foot upper limit. Interests were piqued. Search parties were formed. Stiped maples were found. 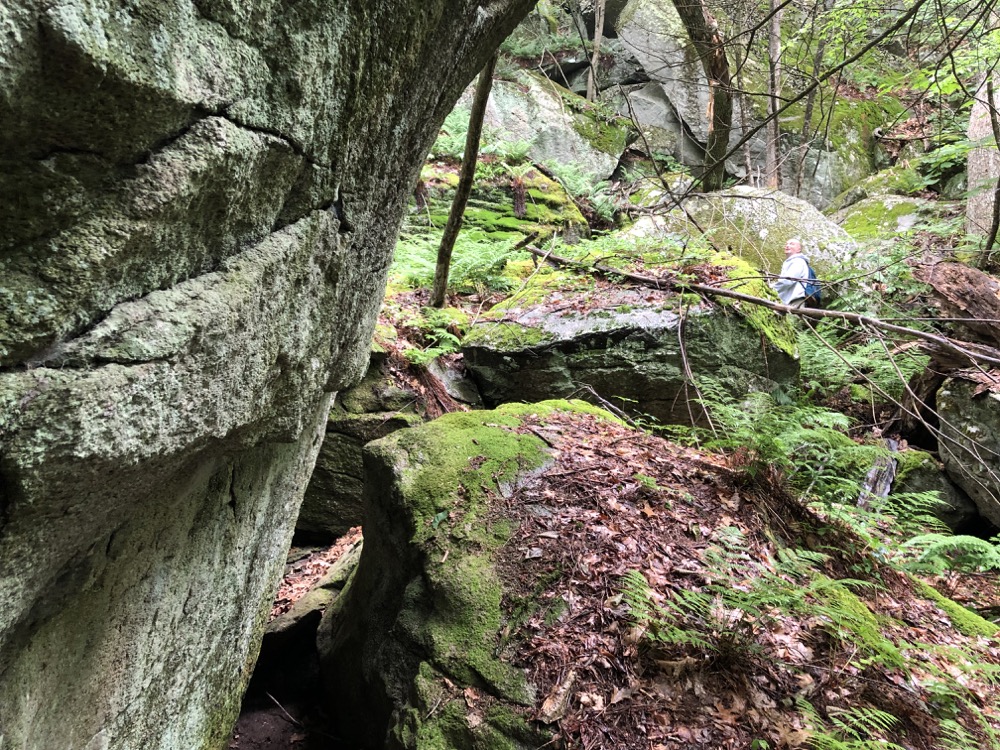 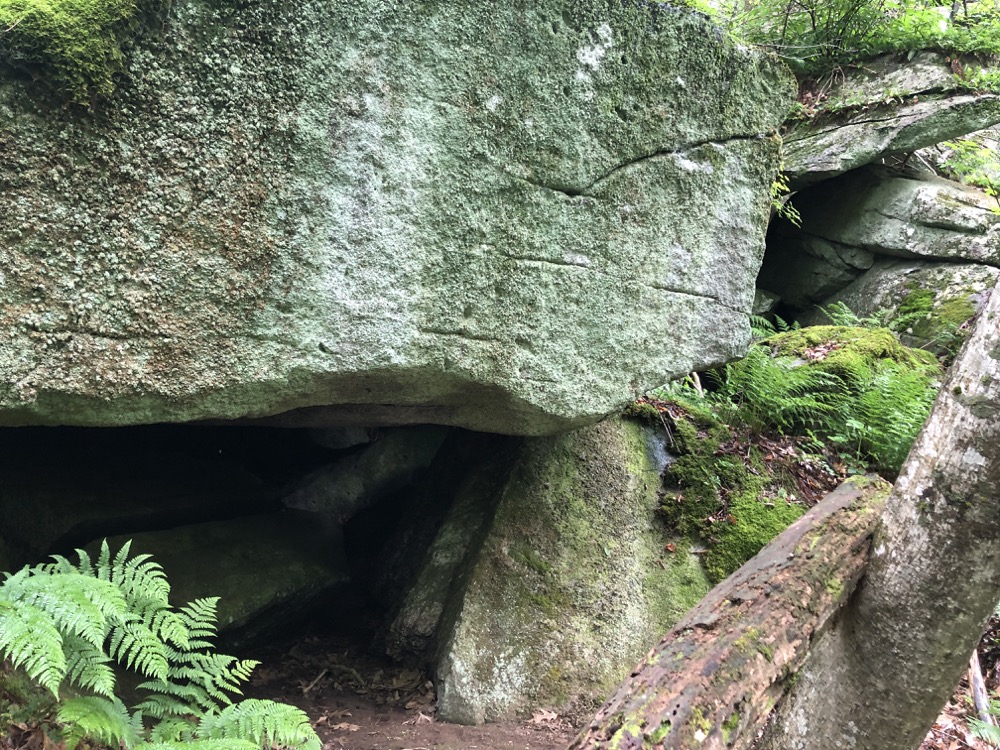 There are a lot of these buggers on the southern slope of the 800-foot Kongscut Mountain. As exciting as the hunt for the former national champion was, I became fascinated by the massive rock jumble at the base of the steeper slopes. You know how Glastonbury is a bit of a rattlesnake hotbed? These rocks in these woods are perfect habitat for them. There were rock bridges and overhangs and little natural shelters here. (You can see Frank in the top picture above, for scale.)

While Frank grew a little frustrated looking for his tree, I spent my time scrambling up and in and around and down these massive boulders and cliffs. It’s a really cool little area in Glastonbury, fairly close to Route 2 and Hebron Avenue – as a crow flies anyway. We scoured the little gully between the trail and the incline and Frank checked and rechecked his GPS. He could not find the tree! 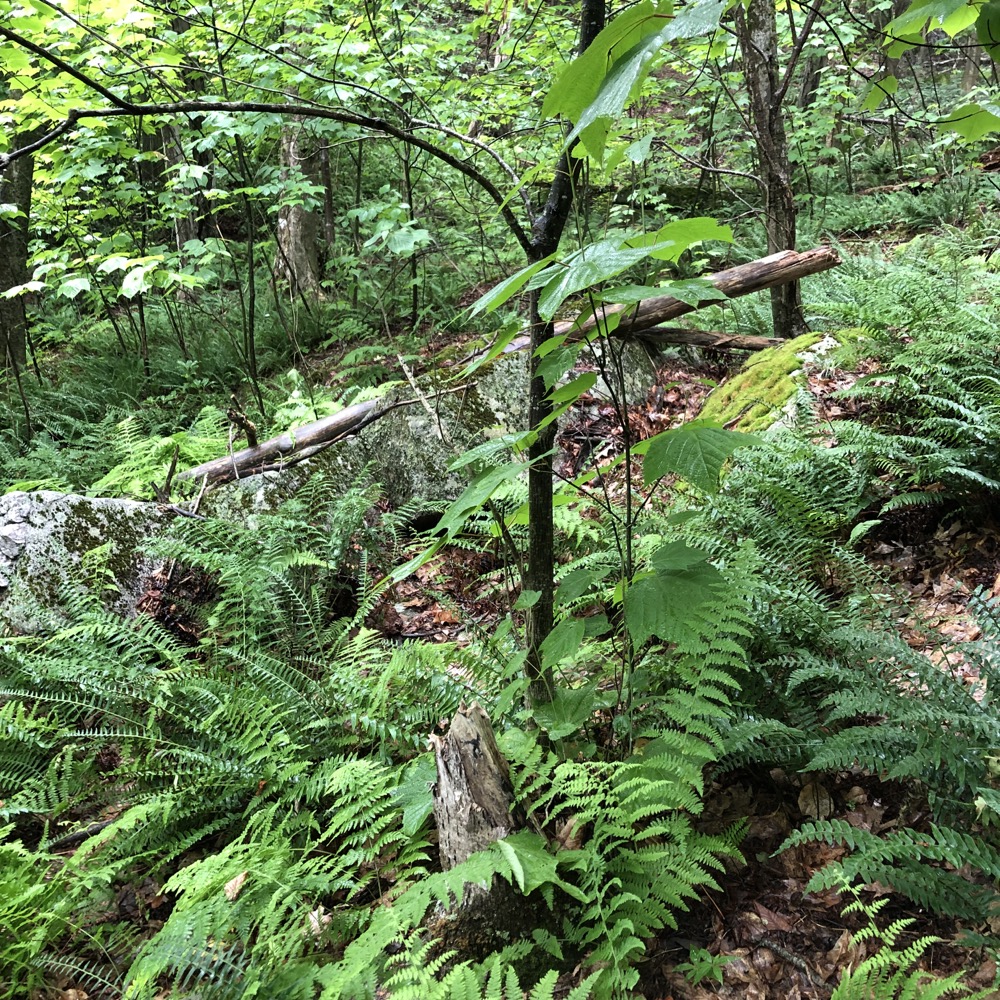 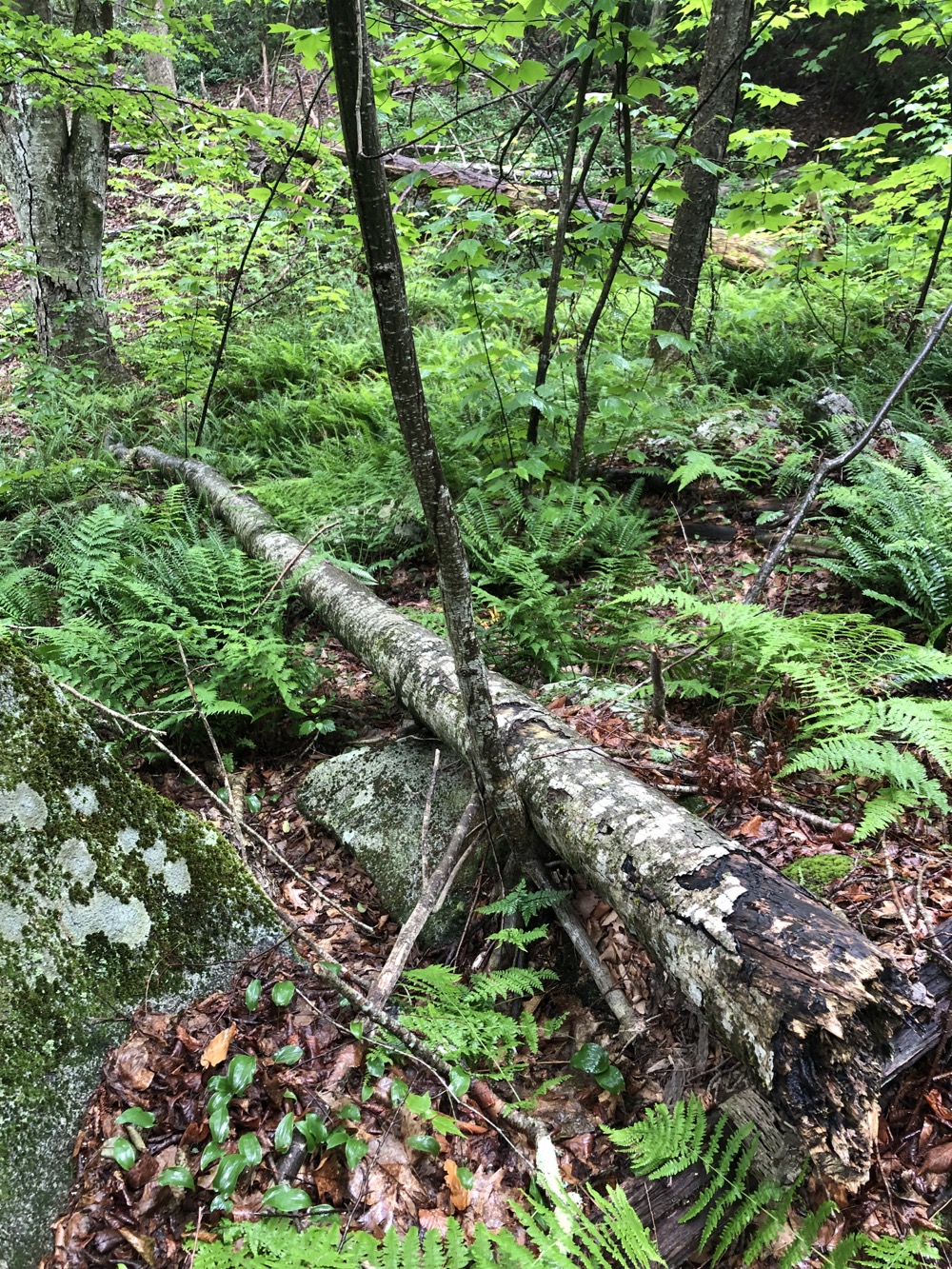 And then he found the tree. Snapped near the base of its trunk during one of 2021’s frightful storms no doubt. I tried to glean just how sad Frank was. And, to be honest, he didn’t seem too affected. I don’t know if he was playing tough for my benefit, because I was definitely a little sad. It wasn’t the current national champion when it died, but it had only relinquished its crown half a year prior.

While no one will ever visit this fallen champion again as it’s a ways off the trail and fairly difficult to get to… and, well, it’s mushroom food… Frank took pictures that will surely be catalogued in the massive notable tree database that Ed Richardson bequeathed to him.

Life goes on. When Ed passed away, Frank took up the Notable Trees mantle. Even our giants must pass away at some point, and those who leave their mark on the world will always be remembered. To Ed Richardson and the Former National Champion Striped Maple of the Meshomasic State Forest in Glastonbury, Connecticut, I salute you both. 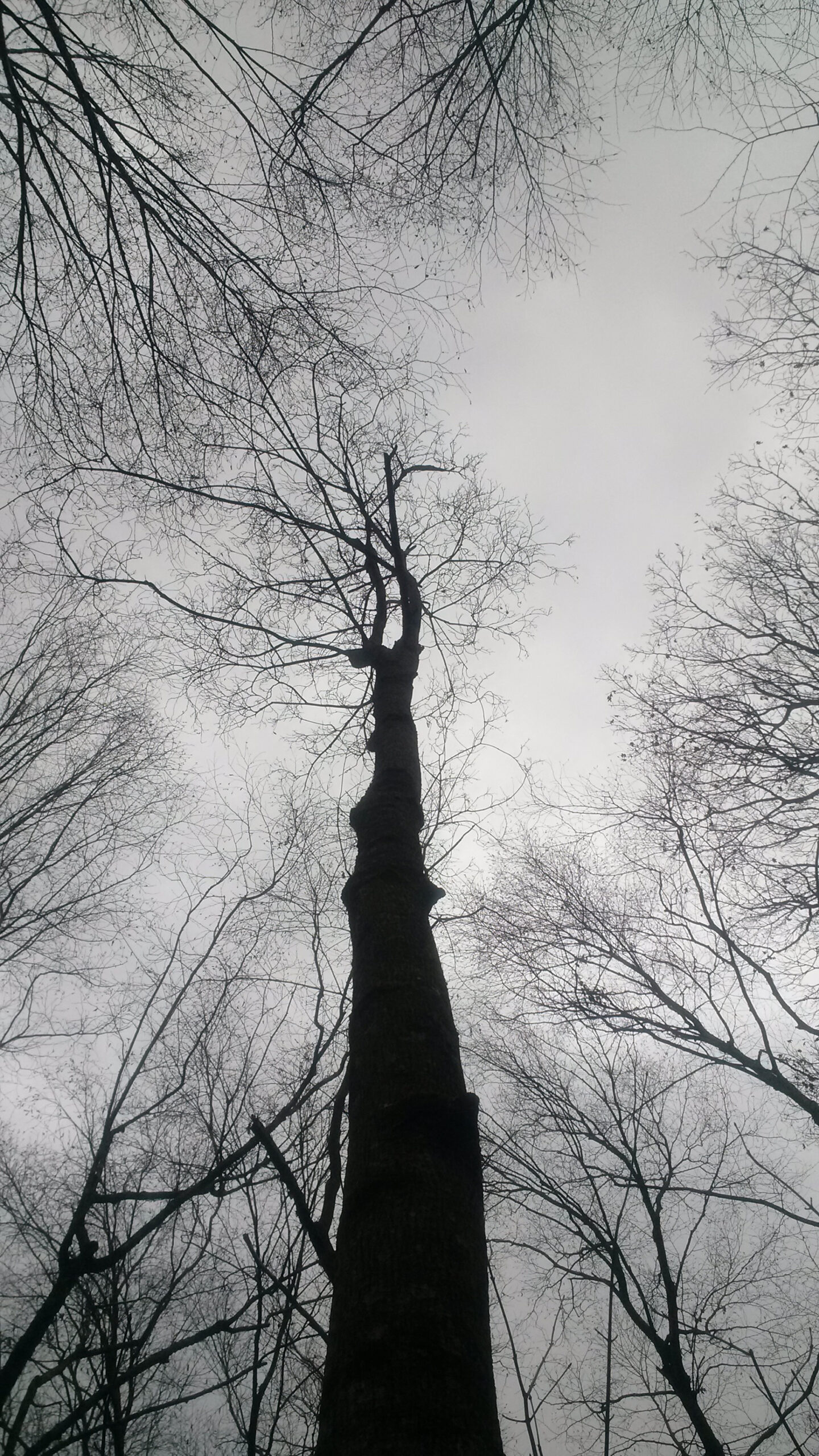 The last known picture of the tree while alive, by Frank Kaputa