Tell me if this hasn’t happened to you: You till the soil and plant your vegetable gardens in late spring, your crops burst forth in all their glory, a plague of rabbits burst forth from their hutch under your deck and proceed to eat every single ever-lovin green part of every single sugar-snap pea, radish, lettuce and string bean plant, you seek non-grisly solutions to placate your wife, you settle upon humane traps, you throw your kid in the car to get him out of the house and out of said wife’s hair, you happen to grab your camera for no discernable reason, you head to Cabela’s because they are the only store you know of that sells these things, and you walk into the store and find all sorts of cool displays of animals, including an aquarium and, yup, a museum.

We’ve all been there. 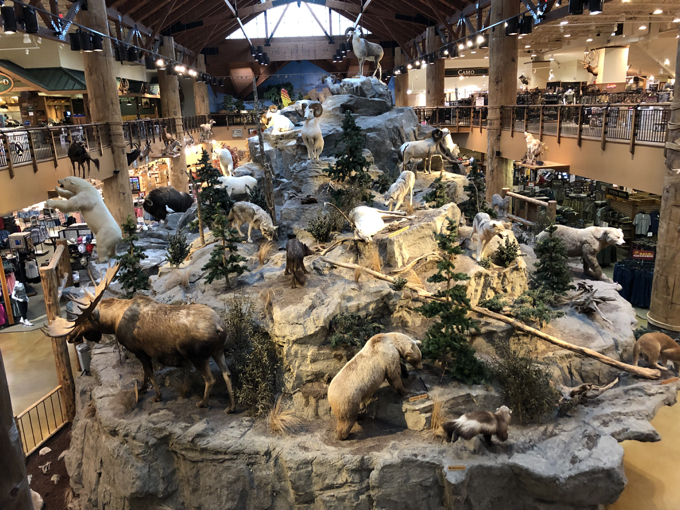 2019 Update: and I’ve been here several times since. Also, it was a plague of chipmunks that destroyed my garden once and for all.

I had never been to Cabela’s before, leaving me as the last man in Hartford County to do so. I get all my hiking and camping gear from other (cheaper) sources and I don’t hunt, so that stands to reason. I’ve parked in their lot plenty of times for UConn games at Rentschler Field across the acres of parking lot and I’d heard it was a pretty cool place. 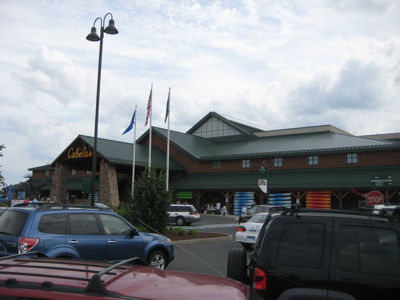 But no one told me it held a museum! A pox on all of you for keeping this secret from me. But alas, CTMQ always finds its way eventually – and now you get this wonderful write-up complete with pictures of Damian. We all win.

Cabela’s is HUGE. Their website sums it up nicely: “The 185,000-square-foot retail showroom is an educational and entertainment attraction, featuring a décor of museum-quality animal displays, huge aquariums and trophy animals interacting in realistic re-creations of their natural habitats.” And here I thought it was just a store to go buy stuff to kill stuff. Shame on me. 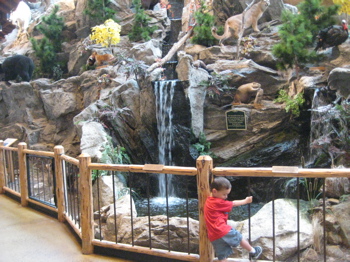 Upon entering the store, we were confronted with a dangling full-size bi-plane of some sort which immediately set Damian in a good mood. An airplane “flying” in a store? The boy was pleased. We were both immediately drawn to the giant fake mountain which stands as the centerpiece of the store’s “museum-quality displays.”

Look at that! It’s pretty cool, I must say. Damian, of course, dug the waterfall most of all which had actual real live trout swimming around in the pool below it. All sorts of North American beasts roamed this concrete range from bears to moose to rams to wolverines to beavers to badgers to bobcats. It really is on just about on par with any “real” museum’s mounted displays. And yes, I’m including The Peabody and Action Wildlife which has the best in the state to my mind. 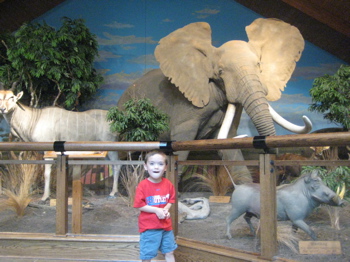 There aren’t too many descriptive signs here though, which makes it more of a cool thing to look at rather than an informative thing to learn from. But really, that’s not exactly “wrong” at a retail store, so I’m hardly complaining.

And neither Damian nor I was complaining when we stepped inside the fake mountain to view the – get this – aquarium! What kid doesn’t love fish swimming all around him? Damian happens to love it more than most kids, as he gets lost in the calming effects of the smooth fish swimming all around. Importantly (for me), all these fish were more or less local save for maybe the rainbow trout and Asian carp. Okay, come to think of it, there were several introduced species in this tank but that’s the state of our unnatural natural world these days, so I’ll deal with it. 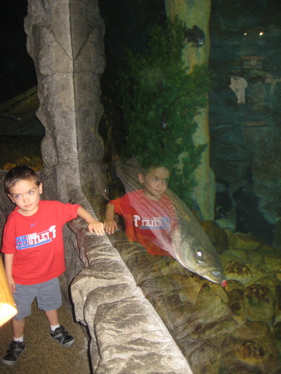 Dealing with removing Damian from the aquarium the first time proved slightly difficult, but the promise of seeing an elephant got him moving along. We went up the escalator and that’s when I saw it! There, in the back of the store in big letters high on the wall: CONNECTICUT RIVER VALLEY WILDLIFE MUSEUM. 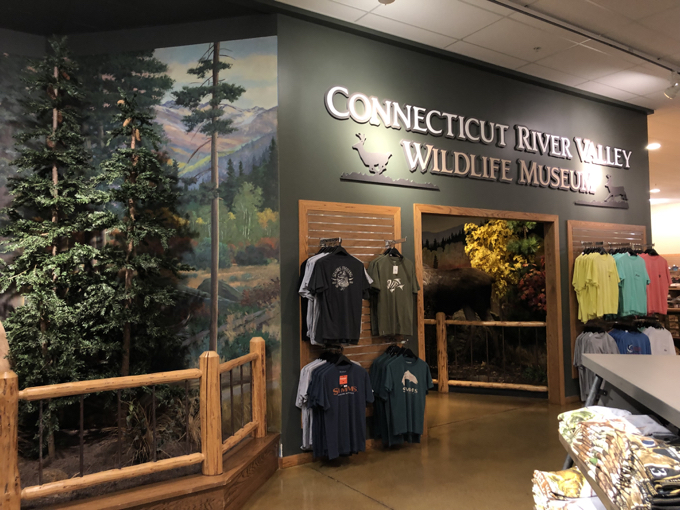 Holy crappie! I exclaimed (quietly in my head because I’m not insane). What a little shopping trip this was turning out to be! Damian was happy shopping (very rare) and I just stumbled upon a museum I didn’t know about previously!

That’s right, after walking through Cabela’s massive gun section, Damian led me into a room where you can grab a laser .22 rifle (or something… whatever) and shoot the various animals that pop up from the bushes. It was loud and there was a roaring lion soundtrack for some reason playing on a loop, but Damian only thought it was funny and not scary or too loud. Phew. 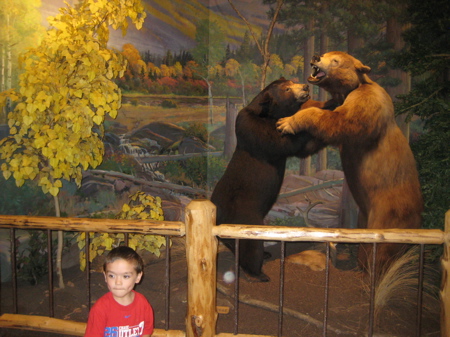 We walked all the way back to the front of the store, passing all sorts of mounted game along the way. (Everything was a deer to Damian.) Finally, we made it to Africa and the elephant, rhino and lion (among others). I kept trying to have Damian do his lion roar complete with pantomime, but I kept missing it with the camera. 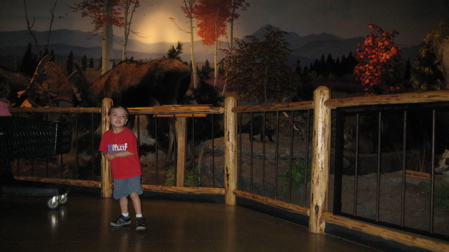 Perhaps sensing my urgency to find my trap and get to the museum was noticeable to him, because Damian didn’t spend too much time with the African animals and we were off again in search of those traps. We passed thousands of products to aid in killing animals (which I’m not opposed to, I just don’t do it as a hobby) and finally found the traps. Man, these things are expensive. They better work.

Anyway, we went back down the escalator and over, finally, to the museu- wait, what? Back to the aquarium?! Sigh, okay. 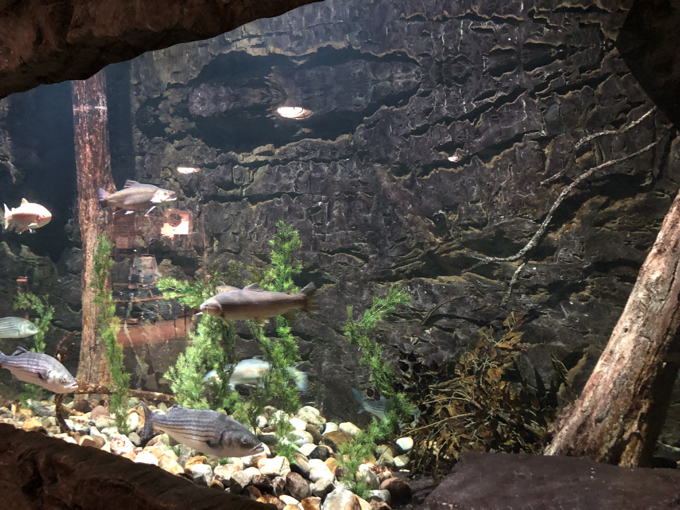 He came. Annnnnd, well, it’s pretty lame. The museum proper is very small and contains nothing that we didn’t already see around the store. It focused on our local wildlife of the Connecticut River Valley and maybe if we hadn’t been to 20 nature centers with similar displays we’d have enjoyed it more. 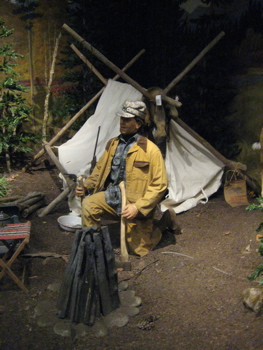 Although a special shout-out goes to the animatronic hunter guy who, much like the Hall of Presidents at old school Disney, told us all about our wildlife and how to shoot it. He didn’t really, but maybe he should have at least explained the crazy DEEP hunting season schedules, which I’ve never been able to figure out – in order to avoid getting shot while hiking.

Anyway, the displays were very professionally done and Robot Hunter was top notch. This museum was definitely “museum quality.” Which I guess it has to be by default… But you know what I mean. If you want to check this place out in its entirety, and there are five or more of you, you can even take a guided tour of the store. That’s funny to me. 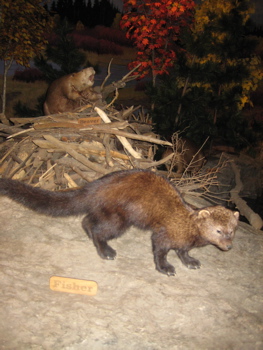 Of course I loved this place and all the other stuff around the store. Nothing gets my adrenalin pumping than stumbling upon open museums with time and a camera in hand. I high-fived Damian and we walked out of the museum on our way out to the parking lot and the car and – are you kidding me?!

Back to looking at brook trout and striped bass for 15 more minutes… That’s my Damian. 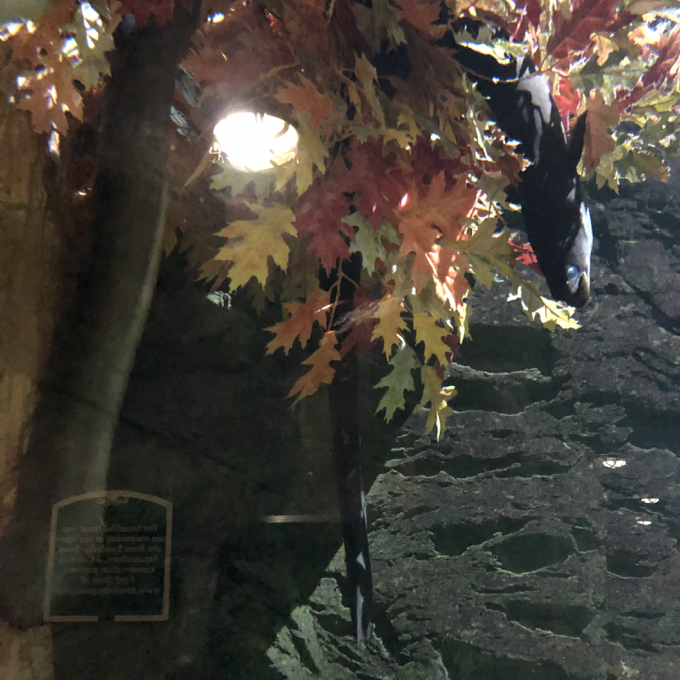 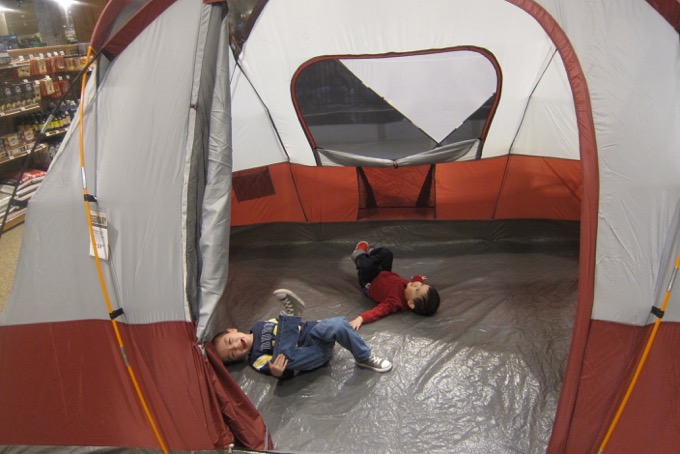 I like this picture of the boys in a tent during a subsequent Cabela’s visit, so here it is.