I took Calvin out for an hour or so of “waterfall hunting.” I think we can all agree that sounds a lot cooler than, “let’s get in the car and go drive to some waterfalls in Manchester.”

We didn’t have too much time, so extending our time at Case Mountain Park with a hike to the top wasn’t in the cards. Case Mountain is a very popular park and hiking to the top of Lookout Mountain for its famous view of Hartford is one of those hikes that everyone does at some point in their Connecticut lives. 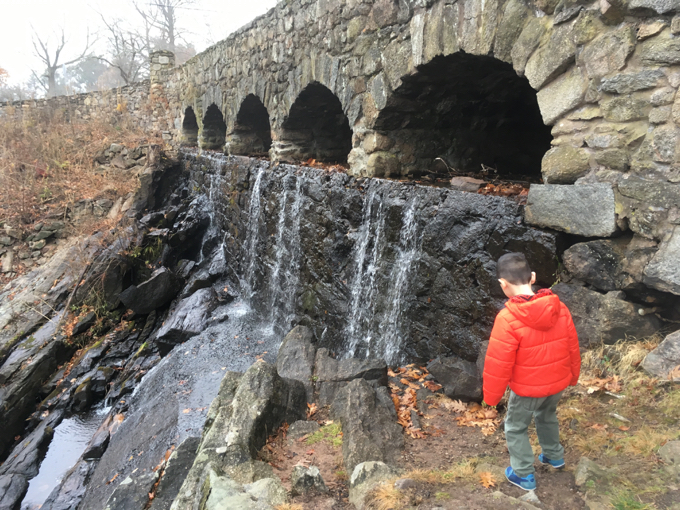 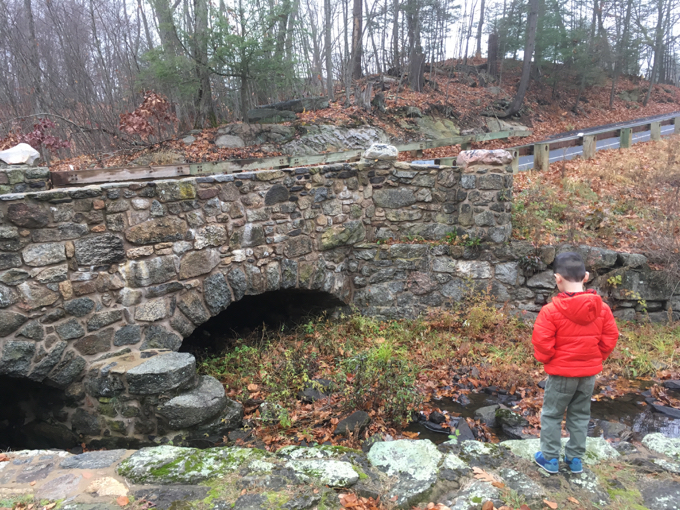 That page on the park itself contains lots of the history of this place, so I’ll spare you on this page. But I will tell you that the early Native Americans here called these falls ”nip-pau” because “nip” meant “water” and “pau” meant “falls.” Or so they tell me.

Oh, what the heck. Here’s some more: Twin brothers Wells and Willard Case built and owned a mill here that produced washed cotton for the Union Army during the Civil War. After the war, they expanded their business to include other industries like paper-making and things like that. They had grand plans for the area (like a resort spa) but they never came to fruition. 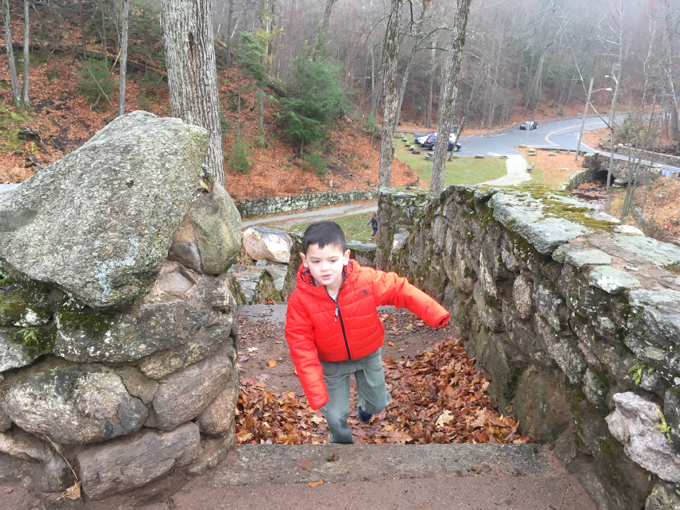 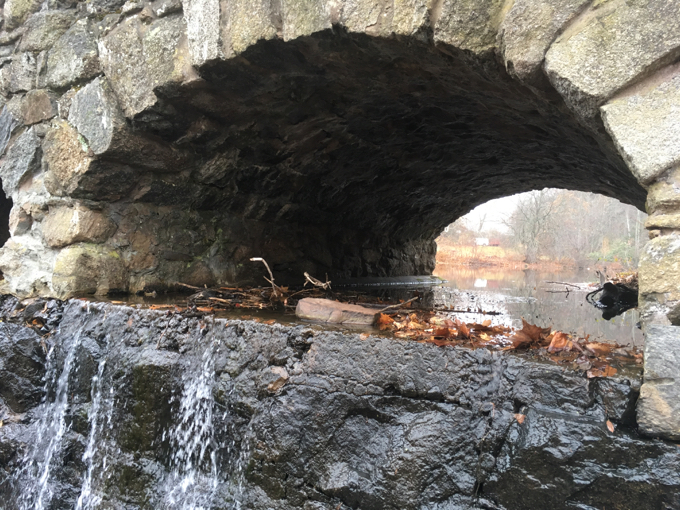 However, Wells Case and later, his son, built the carriage road through what is now Case Mountain Park and laid all the stone walls and bridges you see in the pictures. These walls have been here for over 100 years now.

Calvin actually wanted to climb to the top, but like I said, we just didn’t have time. So he chose instead to run up and down some stairs to nowhere a few times for some little kid reason. 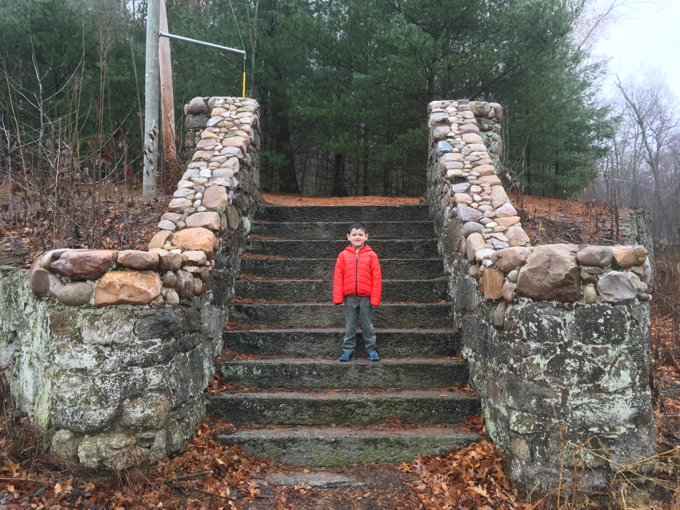