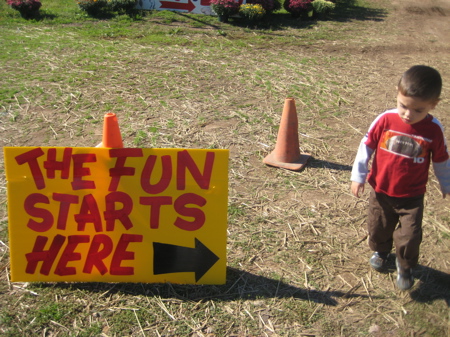 Here’s the deal. I don’t usually write about “festivals,” as they are just one of those things that I’m not all that interested in for a variety of reasons. I have to draw the line somewhere. Yet, for some reason, we’ve been to the Fall Festival at Riverview Farms a bunch of times. 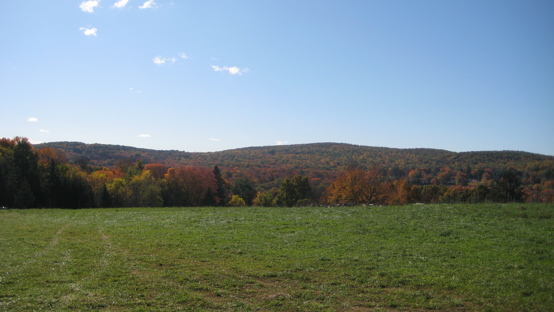 This place has become an easy to get to go-to on random fall weekends when we happen to be driving along Route 2 through Glastonbury. On the day these (2008) pictures were taken, we arrived and bought a second bag of six apple fritters (Damian almost single-handedly ate the first bag we bought back at the oldest cider mill in the country) and poked around. Damian was first drawn to things like putting rocks on top of pumpkins and kicking dust, but once he saw the free ranging goats, he was sold. 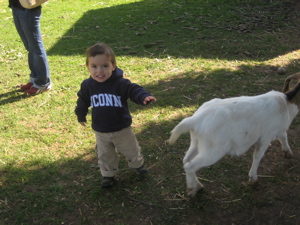 I’m sure there are plenty of petting zoos that allow for kids to walk amongst the goats, but this was a first for us. And Damian absolutely loved it. Loved it silly. He has no fear of animals at all, and just ran around squealing and chasing various goats to and fro. He also chased a chicken as well.

There was an emu and some pigs and some cows and a llama and two turkeys and probably more that we didn’t notice. There was a little pen with a bunch of chicks that Damian was allowed to hold and pet. Again – he was so happy… It was great. We highly recommend this place in South Glastonbury. 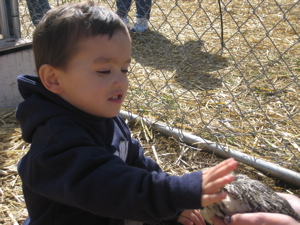 Damian’s always been good with the chicks 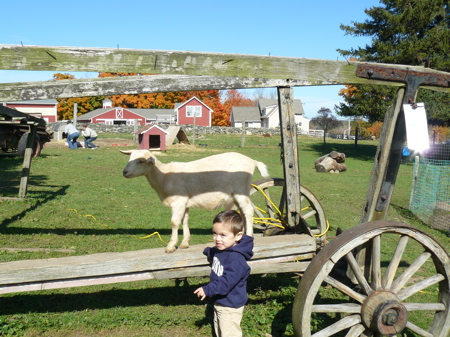 “Gather ’round everybody, I’ve got a trick goat here for y’all to see!” 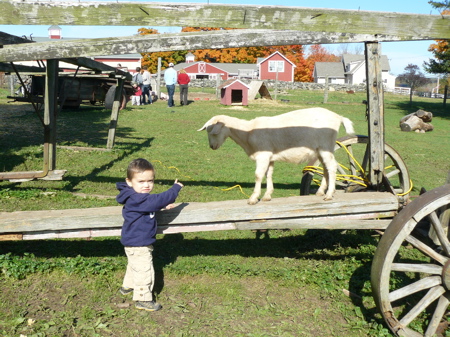 “Step right up, step right up! Just a dollar will get you front row to see my magic goat!” 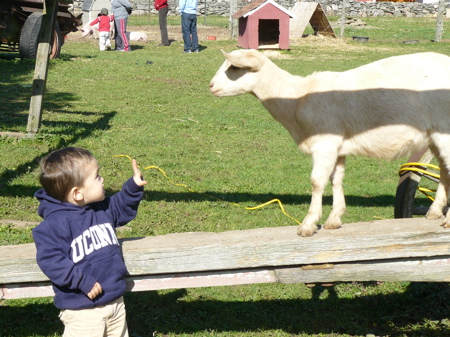 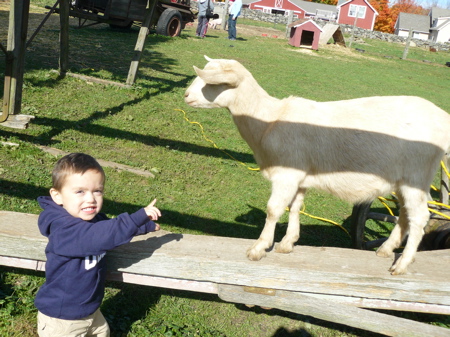 “You see friends! He is totally in a trance! He now will Presto Chango and… Let me get my papa to pick me up and…” 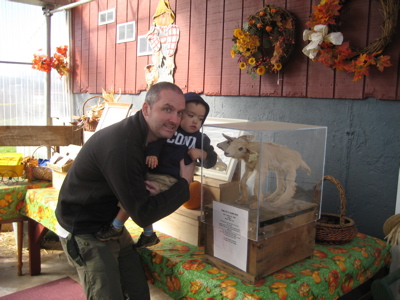 “Tada!! He grew another head!”

How awesome is that? It’s Toggy, the two-headed goat! She was born on January 21, 2008, right in the room we were standing in! Just a genetic abnormality, Toggy had two spines too, but only one set of organs. I think it was still-born, but mama popped out another kid who had no health issues. Here’s a better shot: 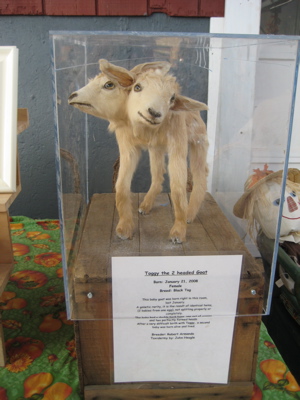 Keep your chins up, kids

2019 Update: If I recall correctly, it was this two-headed goat that drew my attention to Riverview Farms. In other words, it was the reason we wound up here in the first place.

We’ve been to this thing a few times and it’s actually pretty great. It differs greatly from the overpriced, over-hyped town fairs in that it doesn’t have any carnival games or rickety rides or wiccan peddlers. This may be a negative to some, but to me, it makes for a better experience. 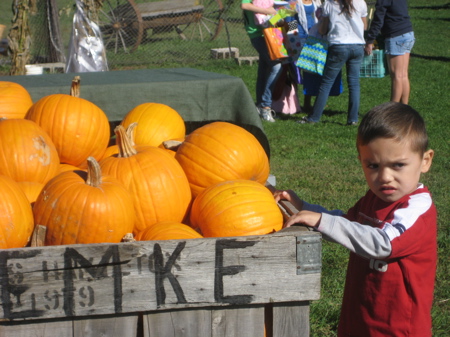 It also has incredible freshly made apple fritters and Robb’s homemade ice cream – suit your fancy depending on the temperature. But if you have kids, or even if you just like animals, there is a sort of free range petting zoo that Damian just loves. There’s also a bounce house thing for typical kids who enjoy such pursuits:

You will find at least 10 different animals in our petting zoo. Mini-horses, goats, donkey, chickens, guinea fowl, baby chicks, cow and month old calf, llama, pigs, sheep and turkeys. We have 2 giant Flemish rabbits that are gentle as can be. 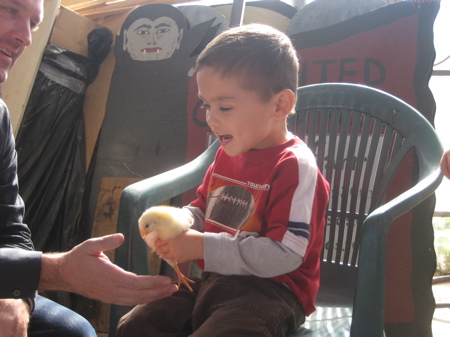 Still good with the chicks 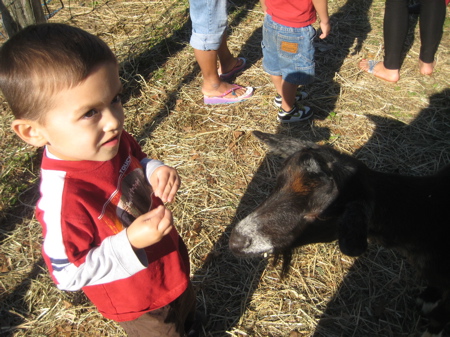 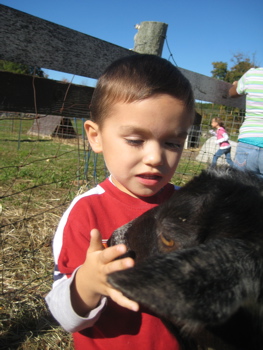 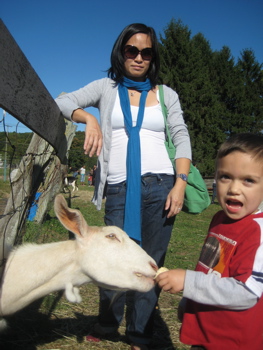 Hmmm… someone looks about 2 months pregnant there. Maybe next time we come there will be four of us? 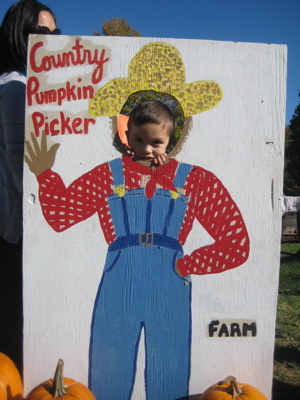 You get the idea by now. This is a cute little event in South Glastonbury that’s cool if you have little kids. Most people there are from Glastonbury, I’m sure. But here’s our third visit because apparently we needed Calvin to experience it as well. 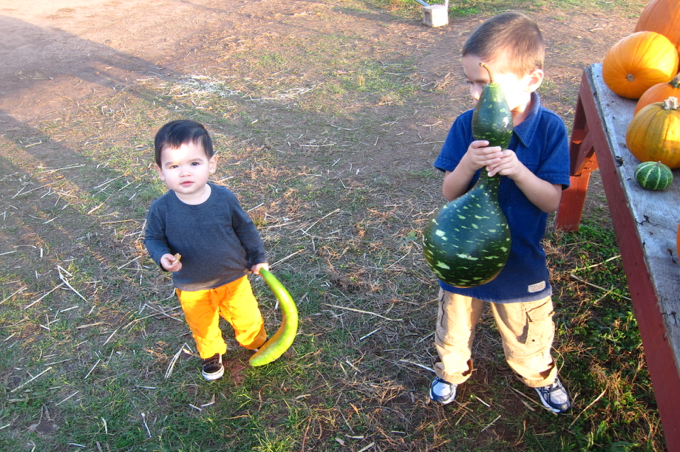 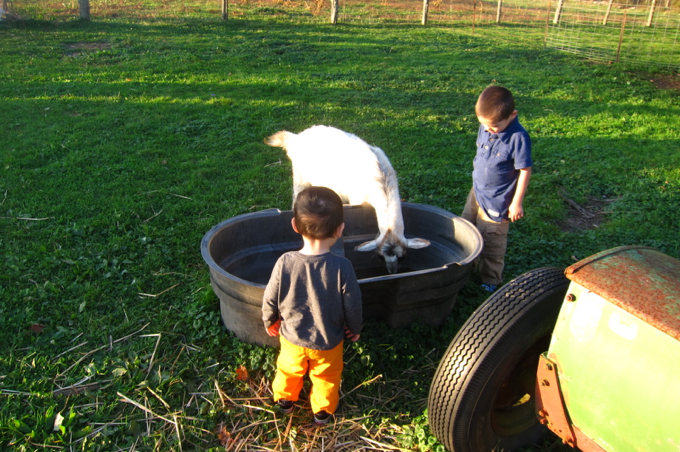 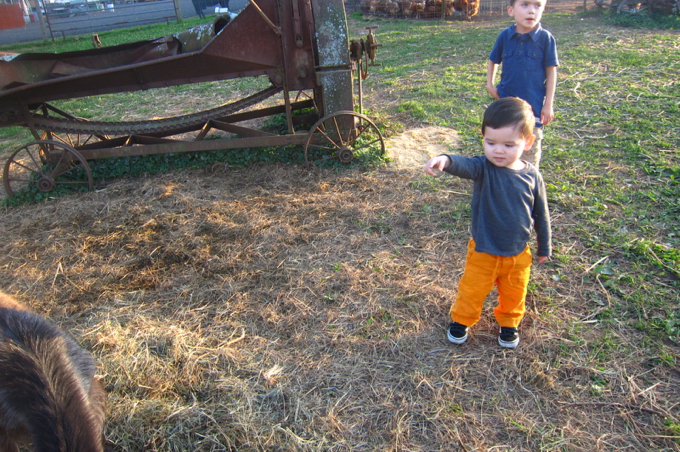 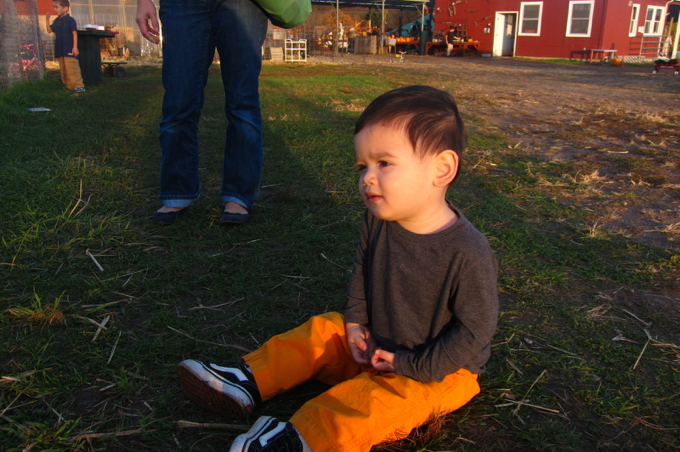 Alright. There you are. Again, this page came together in an effort to clean up some prior confusion. And to add a page for Robb’s Ice Cream, which I’ve done now, here. Enjoy your day.