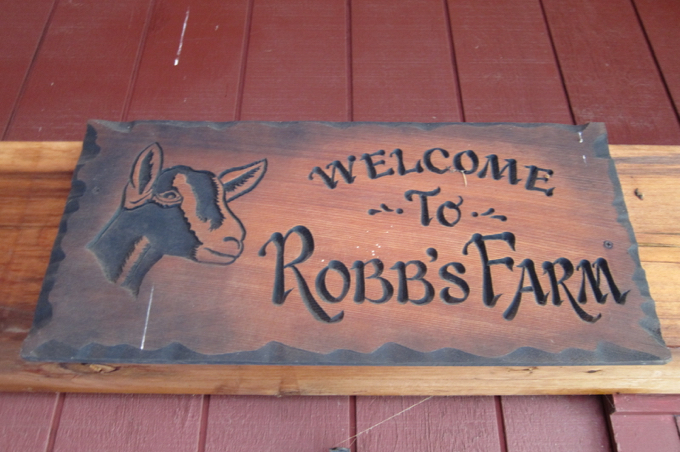 I hope you’re no longer confused. But why would you be? It’s not like you’re a middle-aged father writing a website that seeks to parse homemade ice cream joints at farms from farms that happen to serve ice cream. Or something. Heck, I don’t know what I’m doing half the time. 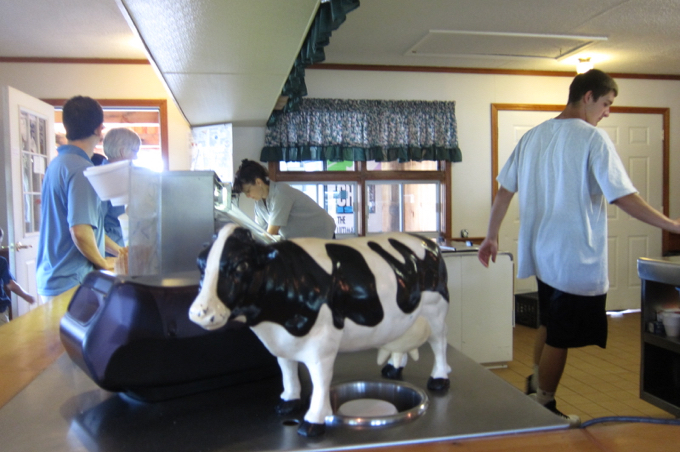 Robb’s Farm is a family run farm at 91 Wassuc Road in South Glastonbury CT. The ice cream shop opened in 2001 and we’ve been making our own homemade ice cream since 2005. We offer picnic tables for you to enjoy our beautiful view out in the lawn or under our pavilion. 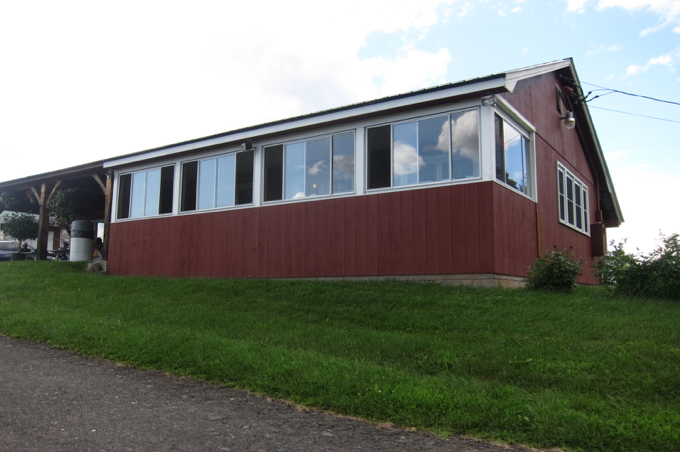 Cool. That’s why we’re here in August! The confusion come in the later months when Riverview Farms appears for their Fall Festival and the petting zoo and…

Robb’s Farm is a working livestock farm. We have our own farm fresh brown eggs for sale on the pavilion of the stand available 24 hours a day. If you bring the family up for ice cream take the kids and walk around to see the many animals that are raised here on Robb’s farm. Some of the animals you may get to see are goats, chickens, donkeys, pigs, horses, llamas, sheep and our emu Frosty! 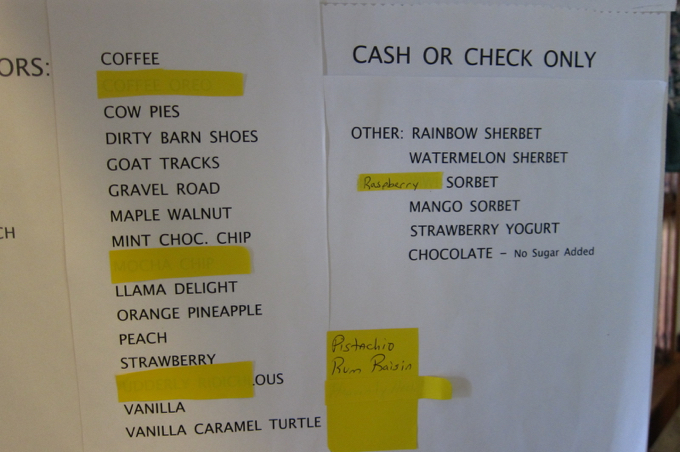 The animals are Robb’s? Oh forget it. What about the ice cream? After all, that’s why your skimming this page. As they already said, they began making and selling their own ice cream in 2005. Today, they carry around 30 flavors at any given time which is a lot of flavors for a small little outpost in South Glastonbury.

They even make some funky flavors like orange-pineapple and “munchkin pumpkin,” neither of which a curmudgeon like me has any use for, but I’m sure many enjoy them. (I tend to stick to the classics.) 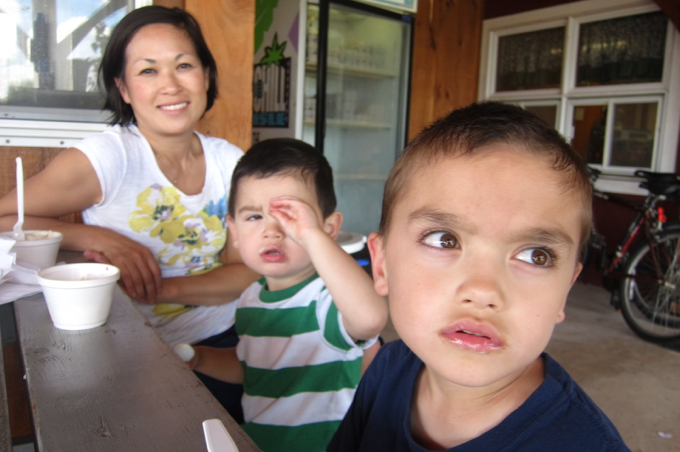 Fortuately, they have the classics here as well.

Speaking of classics, this one one such classic CTMQ-family moment: 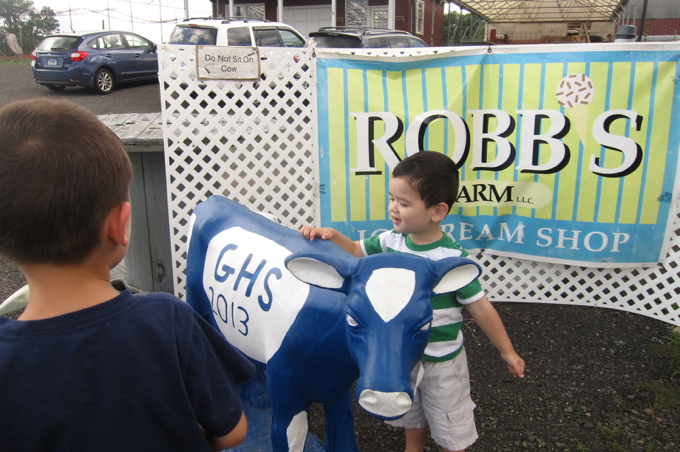 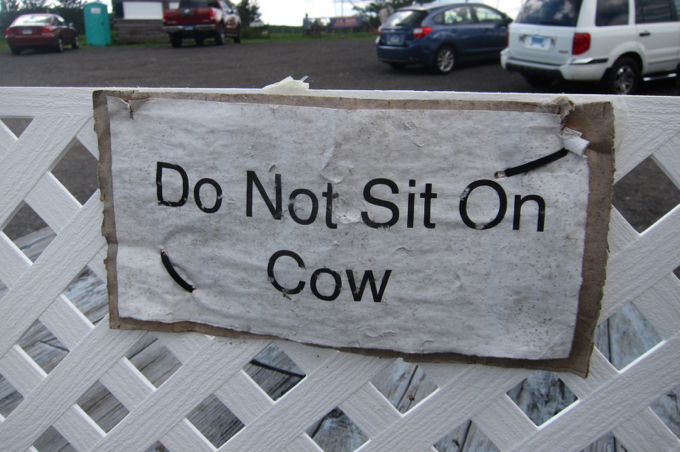 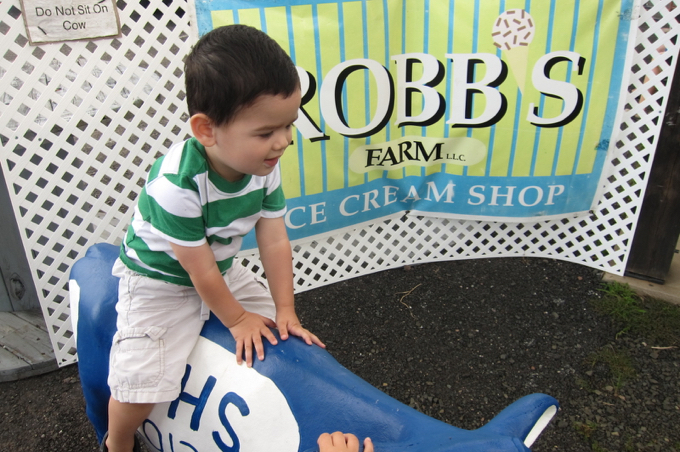 In fairness, I did not see the sign until Calvin climbed aboard. I swear it! And he was only two, so I can’t give him the business for not being able to read. (Although, don’t tell anyone this, but I was quietly proud of his ability to get up on that thing so swiftly and deftly.)

But don’t let YOUR kids climb on it, assuming its still there.

Robb’s ice cream is delicious. There’s always something about eating ice cream in a pastoral farm setting that I enjoy. You should do the same.