Yeah, this book isn’t a Connecticut book per se, but it made it onto my radar simply because Connecticut writer extraordinaire Eric Lehman was in charge of editing it. I imagine that this was a nearly impossible task; distilling the thoughts and words of a dozen or so proud New Englanders writing about their home turf. 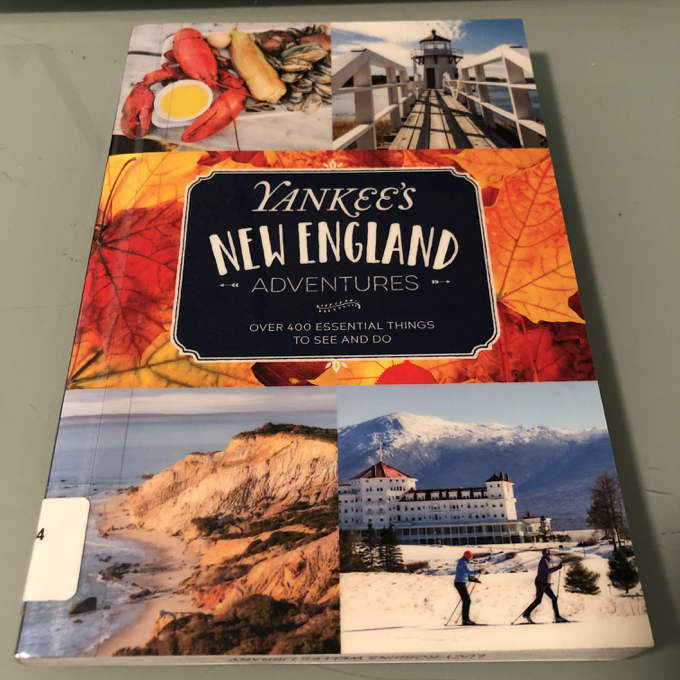 Connecticut scored 28 pages of the 217 page book – about 13%. Which actually isn’t true, because several of those 28 pages were taken up by New England-wide things. So I peg the Nutmeg state around 11% of the book’s overall volume. If each of the six states were treated equally, each would have a smidge under 17% of space. Am I upset about this affront?

Haha, no, not at all. There’s Boston. And the White Mountains. C’mon now, don’t be ridiculous. Part of the fun of writing CTMQ is because I know deep down in my cold black soul that Connecticut is… Connecticut. A state where, when only given about 11% of a book all about adventures in New England, edited by a Connecticut champion, you get cool facts like this: 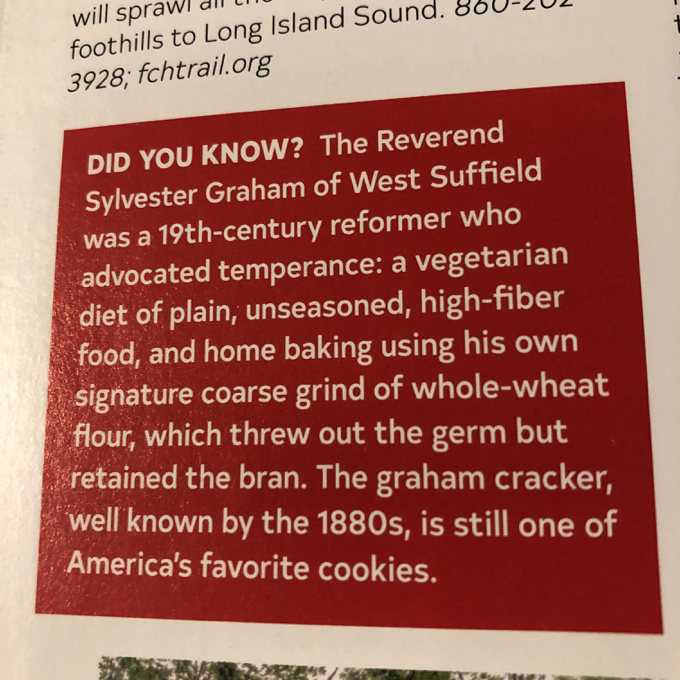 Yay? The book isn’t telling the full story. Graham believed physical lust was harmful to the body and caused such dire maladies in the sexually overheated as pulmonary consumption, spinal diseases, epilepsy, and insanity, as well as such lesser ailments as headaches and indigestion. He also thought too much lust could result in the early death of offspring, who would have been conceived from weakened stock.

There’s a pretty good selection of Connecticut sites chosen for the book. For something like this, you need to have the heavy hitters – Mystic warrants a full page, which is more than fine here – but there’s also a decent smattering of slightly lesser-known places to see. When you only have 20-some pages, you do what you have to do. My minor quibble is with these random factoids: 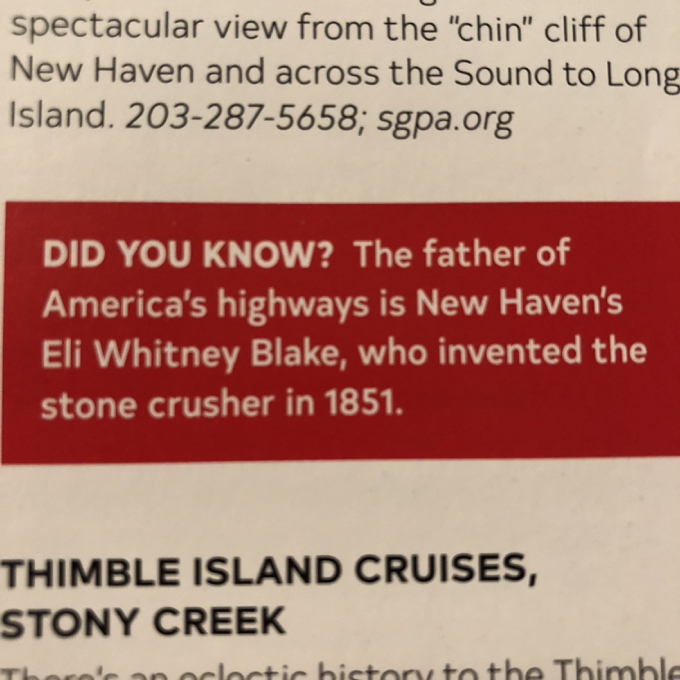 I mean, at what point do we say this guy or that guy is or isn’t the “father of highways.” Because personally, I wouldn’t land on the guy who invented the stone crusher. That’s just an odd choice. Another odd choice that I fully endorse is Yankee’s selection of Kent, CT as “New England’s Ultimate Fall Foliage Town.” Granted, they probably hop around the six states year over year, but whatever.

It’s Kent right now and I love Kent and I love that Kent got a full page for being beautiful. New Britain’s Polish Festival also made the cut, which is a wholly different version of beautiful.

I don’t have any issues with this book, especially considering what it is. So there.